The co-writer of Batgirl: Year One and Robin: Year One tells the tale of one highly influential page from the late, lamented title Batman Family.

(Just joining us for BATGIRL WEEK? Check out Why Batgirl is So Damn Great and a terrific gallery featuring the New Look Batgirl of Burnside. Now, here’s our awesome guest columnist for today’s installment:)

When Dan asked me to contribute to Batgirl Week, my first thought was to dig into memory for some behind-the-scenes anecdote related to Batgirl: Year One, my own contribution (w/Chuck Dixon!) to the Batgirl canon. Dan challenged me to think of my favorite Batgirl story instead. And in the spirit of killing two bats with one stone, I can tell you how a classic Batgirl tale informed a budding Bat-relationship in the pages of BYO.

That said, I’m going to admit my favorite Batgirl tale is one of the classic Batgirl/Robin team-ups in the pages of DC Comics’ Batman Family, a mid-to-late ’70s anthology that crammed more Bat-goodness than I could handle into a single 60-cent comic book. It was, to coin a phrase Mark Waid once used to describe the format, an “all-day sucker.” Mark meant lollipop, folks. Or the comics equivalent of an everlasting gobstopper. DC’s GIANT (and later DOLLAR) Comics packed it all in, and this issue in particular — Batman Family #13 — featured a multi-chapter adventure that teamed Batgirl and Robin (and Man-Bat, too) to stop the Outsider, Wayne valet Alfred Pennyworth’s occasional moon-faced and malicious alter ego. 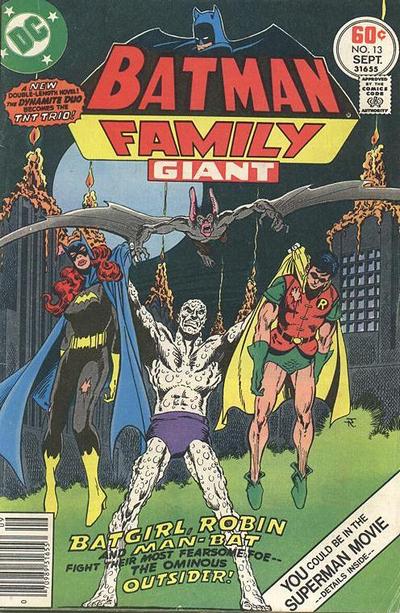 Scribe Bob Rozakis (DC’s “Answer Man”) wrote a fun and trippy tale that was certainly a throwback to the sci-fi friendly Bat-tales of the ’50s and ’60s, not the more “serious” Dark Knight stories of the ’70s. Notice I didn’t say “grim and gritty.” That came later. Now, I can’t quote the plot points chapter and verse. Like I said, it was an out-sized Outsider tale. But what was and remains memorable for me is a single page in which Rozakis and the late, great Don Newton render Robin’s heartfelt confession of his true feelings for Batgirl. 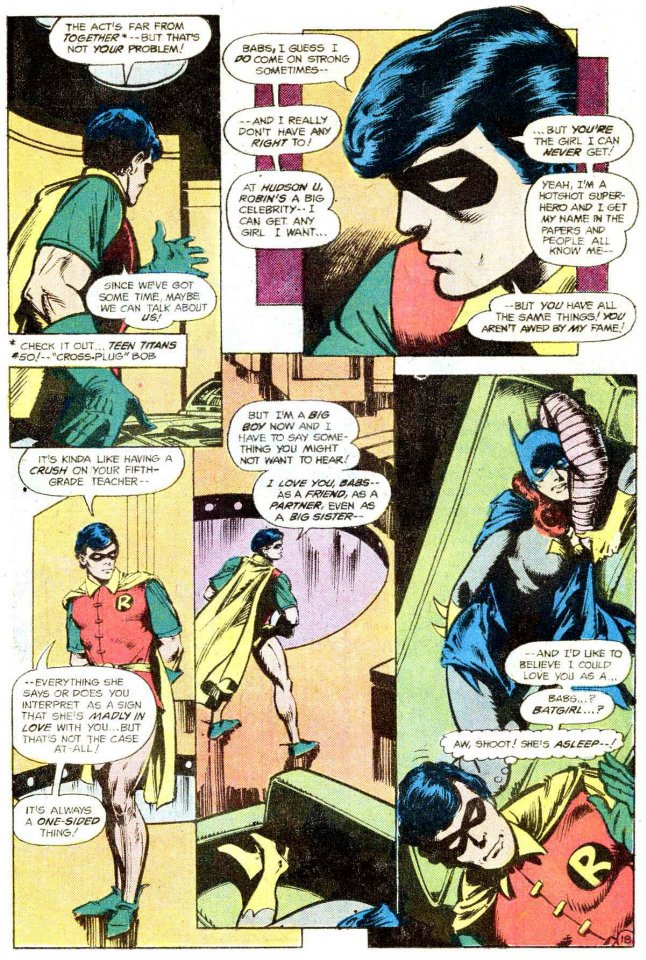 I’ve gone on record in past interviews to say that Robin, in particular Dick Grayson, is my all-time favorite comics character. Barbara Gordon, by a certain logic, is a close second. So I can readily admit that co-writing the “Sidekick Trifecta” (Robin: Year One, Batgirl: Year One, Nightwing: Year One) is wish fulfillment for a fanboy-turned-creator. If Dick Grayson is the character with whom I most identify as a reader, then Dick’s love for Babs is the romance that I most wanted to see blossom.

Obviously, Dick’s discovery after pouring out his heart that Babs slept through the whole confession is the four-color equivalent of comics irony.

Years later, I’d help to make up for that. During his long runs on Nightwing and Birds of Prey, my pal Chuck Dixon carried the torch Dick burned for Barbara. Grown manly men will shed a tear reading Birds of Prey #8. Thus, when we were given the opportunity to retell the origins of both seminal sidekick characters in the Year One books, we had plans to show that relationship in its earliest stages. 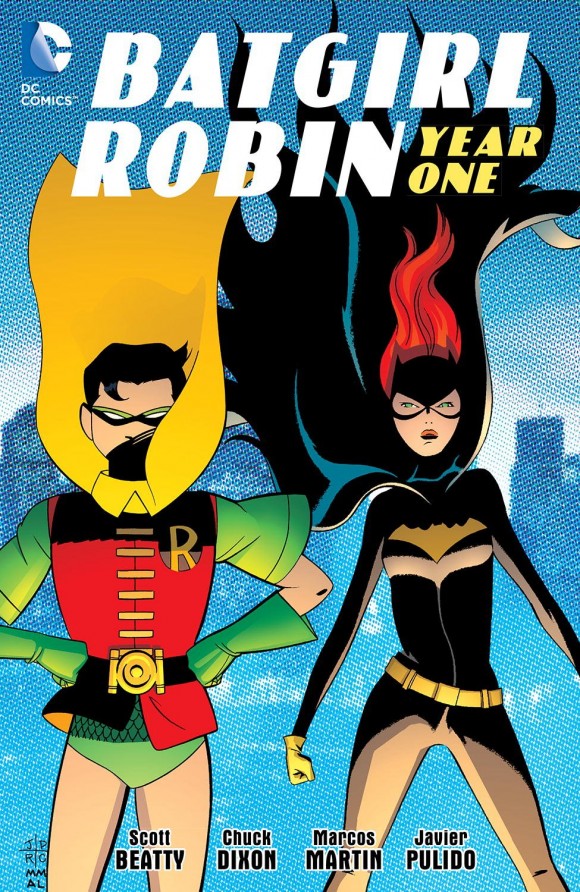 SIX WORDS: “Not on your life, Boy Wonder.”

Look for the phrase. It’s repeated in each series of the “Sidekick Trifecta” and it builds upon the infatuation a certain Dark Knight’s squire has for a girl who co-opted the symbol of Batman first to piss off her father, and later kept wearing it because too many men told her that she couldn’t fight crime because — more or less — she was just a girl. And boy, did she prove THEM wrong!

Batman wanted to put an immediate stop to Batgirl’s crime fighting. After all, at that point in the war on crime, he had no intentions of building a franchise.

It was Robin who enabled her, at least in terms of acceptance in the Batcave, and mostly out of a schoolboy wonder crush. Remember, Batman’s the anti-social one. Dick Grayson grew up in a circus. Do I need to spell it out for you?

So to make a long story as short as I can in the concluding, that single Batman Family tale of unrequited ardor was the impetus to have Dick Grayson work a little harder to impress Batgirl in Batgirl: Year One. Forget flowers or bon-bons. Robin instead gave Batgirl cool (and invaluable) gear for her utility belt and her first Batcycle. And on a midnight ride through the tunnels of Gotham’s subway system in pursuit of a rampaging Blockbuster, the Boy Wonder stole his first kiss from Batgirl. Or at least he tried… 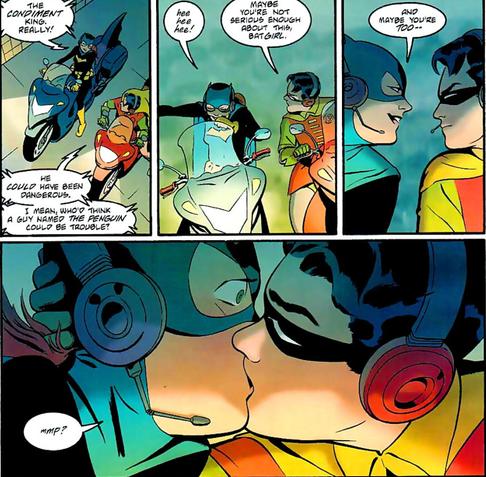 No sleeping through that one.

Am I living a little vicariously through the characters?

Because there’s nothing better than seeing two of your best friends admit their true feelings for one another and fall in love.

Or at least one of them.