Batbook of the Week: GRAYSON #7

I was a doubting Dick, too. But Grayson has been a really fun series from the get-go.

When word came down that Dick Grayson was gonna “die” and become a secret agent, there was a great rubbing of hands and gnashing of teeth throughout the lands of Batfandom.

I was more open-minded about the whole thing but I too questioned it, if only because I just wasn’t sure this was a comic book I cared to read. There’s a distinction there. Either way, I was gonna try it — and man has it been fun. 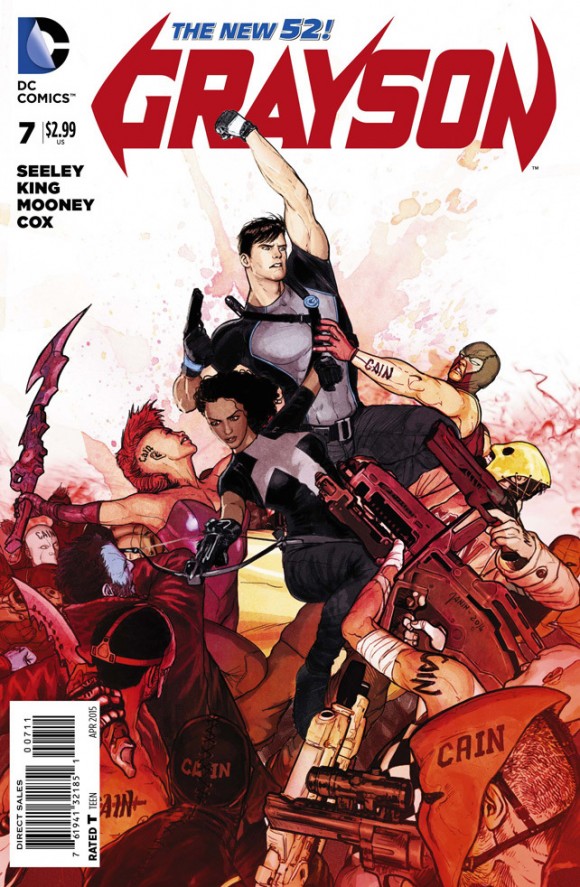 This book has, more than any other Batbook, kept alive the flame kindled by Grant Morrison during his seven years as Batman writer. Sure, Batman and Robin continues Damian‘s journey, but Grayson, stylistically and somewhat thematically, is more of an offshoot of Morrison‘s vision.

That is to say, it’s fun, weird, dizzy and, at times, baffling. Grayson the comic — by writers Tim Seeley and Tom King and artist Mikel Janin — is the spiritual stepchild of the British Avengers TV series. (NOTE: Stephen Mooney fills in for Janin this issue.) 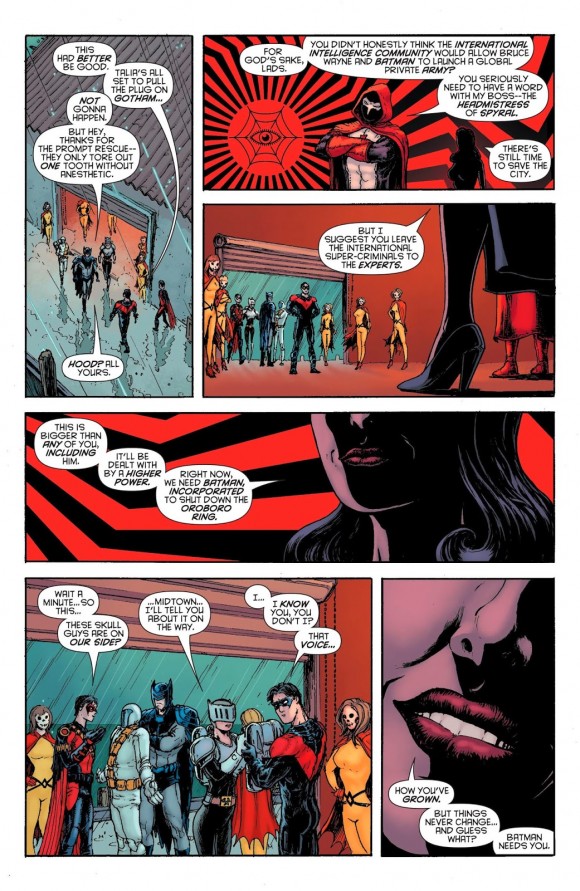 If you haven’t picked it up, the premise is basically that Batman has tasked Dick with infiltrating the shadowy organization Spyral, which is (or isn’t?) up to no good. He’s officially Agent 37 (he should have been Agent 38, guys — get it?) and he’s teamed with Helena Bertinelli, the agency’s field master. And they go on adventures and stuff and it’s rad.

And Dick is Dick. It’s not like they took away his tights and created a super-agent character and called him Dick Grayson. This is very much Dick Grayson — smart and committed but also funny and with a great sense of adventure.

When the Mad Mod shows up, this book will be complete.

ALSO ON THE BATSHELVES THIS WEEK: There’s the always-solid Detective Comics #39, from Manapul and Buccellato and the latest print Batman ’66. Issue #19 has the Dynamic Duo revisit Lord Ffogg. Or, really, it’s the other way around as Marmaduke comes to Gotham to spread some old Londinium around. Oh, by the way, in case you’re unawares, the Ffoggs’ finishing school for girls is very much alive and well in Grayson …