BATBOOK OF THE WEEK — Batman: Rebirth #1

UPDATED: For a FULL REVIEW of Batman: Rebirth #1, click here.

If you’re as curious as I am to learn what to expect from Batman after Snyder and Capullo’s stewardship, here’s where you’ll need to start. 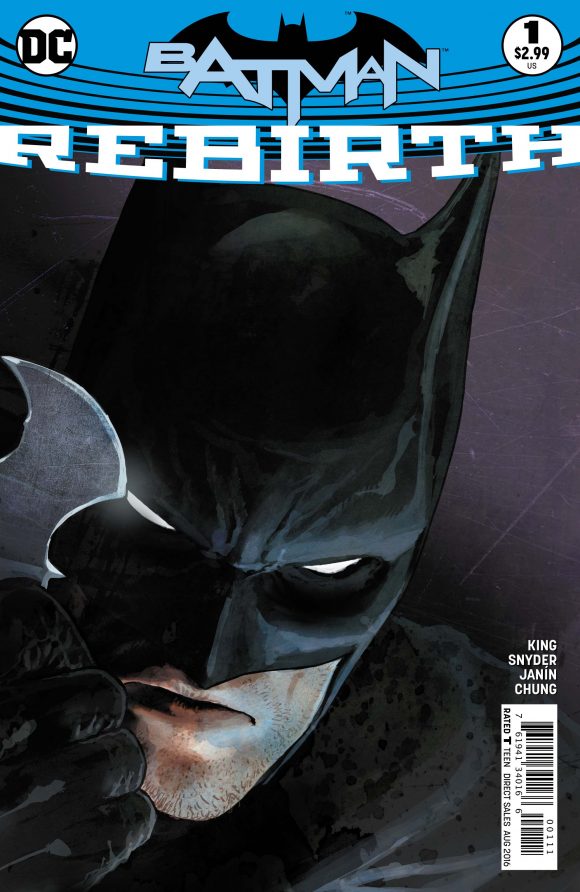 Writer Tom King is taking over the flagship title later in June but he and Snyder have combined to set the table in this Rebirth one-shot. (Click here for a preview.) The art’s by Mikel Janin, though David Finch will be the title’s primary artist when the series starts in earnest 6/15.

There’s not really any more I can say about it than this until I’ve read it, other than to say I dig Batman’s new duds (first rendered by Mr. Capullo). 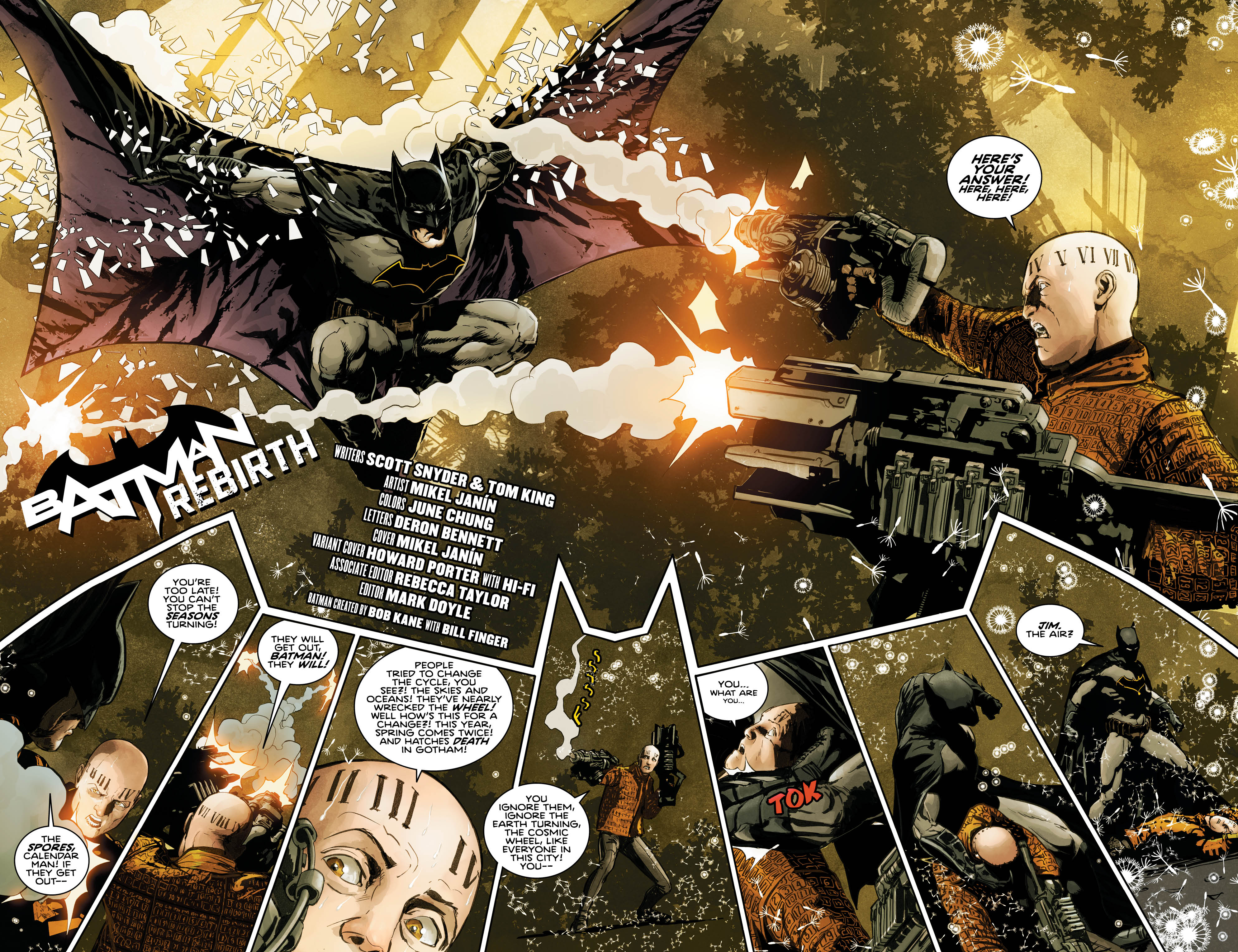 Batman Beyond #13. Actually, I don’t read this comic, but I love this Philip Tan cover so much, I wanted to point it out. (I do love Giallo, you know.) 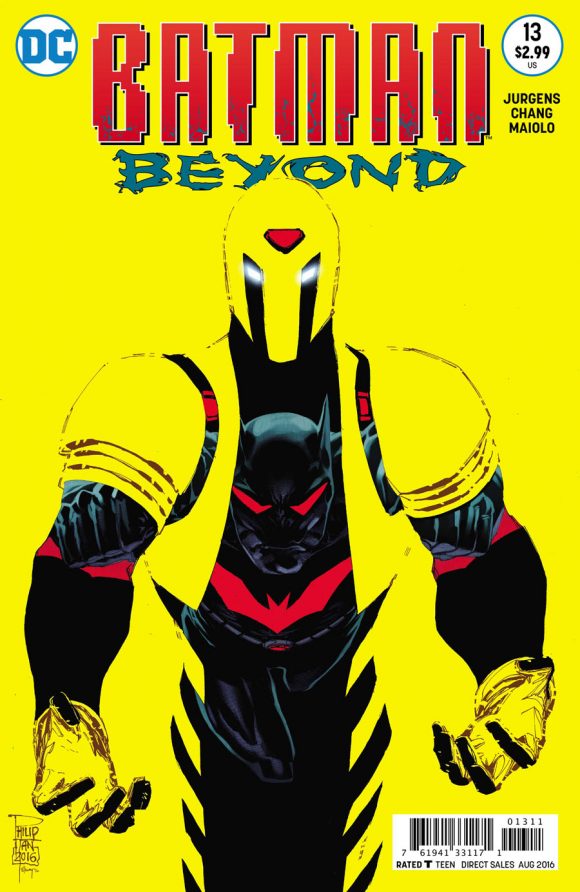