BATBOOK OF THE WEEK — Batman: Europa #1

Pretty much because I have no idea what to expect.

Last week, the BATBOOK OF THE WEEK was Batman #46, the latest from Scott Snyder and Greg Capullo. The reason? Track record.

This week, it’s the other way around. Batman: Europa #1 — the Dark Knight goes to Europe and there’s a plague involved — has been gestating so long that this could be brilliant or a train wreck.

The pedigree’s there — Jim Lee, Brian Azzarello, Giuseppe Camuncoli and Matteo Casali form the backbone of the creative team — but I have no idea whether the center will hold.

I’m looking forward to finding out. 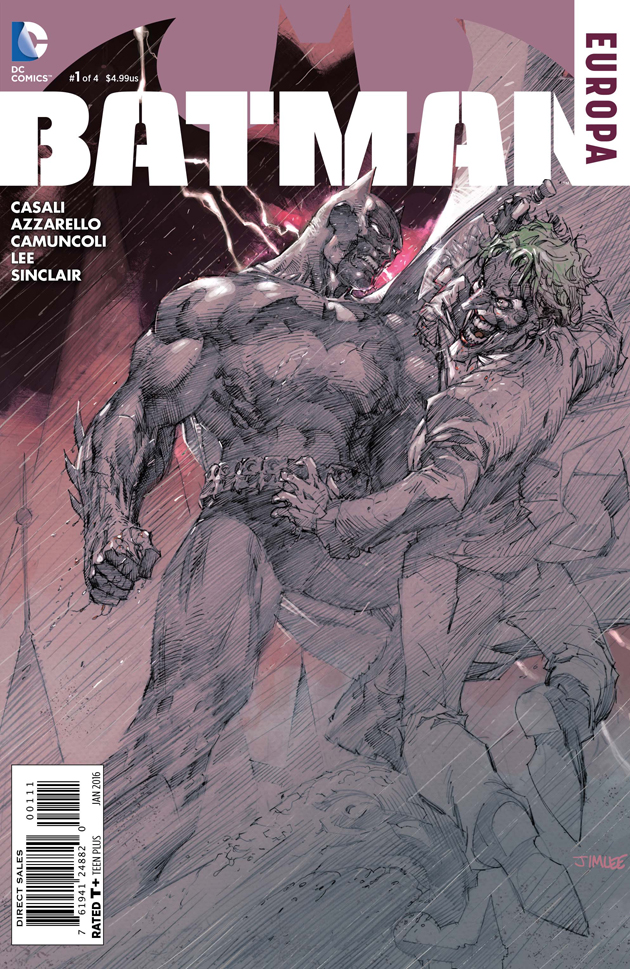 ALSO ON THE BATSHELVES THIS WEEK: I’ll be getting Batman ’66 #29, Batman and Robin Eternal #7 and Titans Hunt #2, which I consider a Batbook because Dick Grayson is far more central to the Teen Titans than Batman is to the Justice League. (For a preview of Titans Hunt #2, click here.) Also this week is DC’s latest anniversary hardcover — Catwoman: A Celebration of 75 Years.