BATBOOK OF THE WEEK: Batman #46

In the ’90s and ’00s, the Atlanta Braves won their division about 15 years in a row or something like that. I was a much bigger baseball fan at the time and before every season, friends would ask me who I liked in the National League East (or West, depending on what year we’re talking about).

For years, I’d just say, “The Braves until they lose.” In other words, they were the automatic pick until some team proved they could be knocked off.

That’s kind of how I feel about the main Batman title these last few months. If there’s a week when the flagship Bat-title’s in the mix, it’s the default choice for Batbook of the Week.

In four-plus years, Scott Snyder and Greg Capullo have put together a run for the ages, even if it’s been uneven at times. Court of Owls? Brilliant. Death of the Family? Strong start, soft ending. Zero Year? Solid moments but too long. Endgame? Better than Death of the Family.

Which brings us to Superheavy, which has been outstanding.

And it’s gonna be the Batbook of the Week until it’s not. 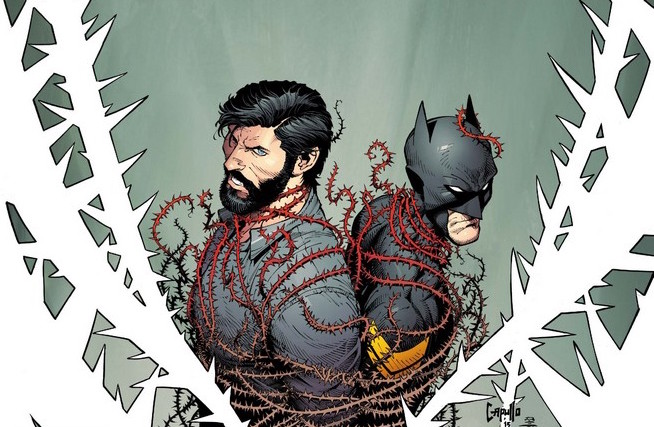 ALSO ON THE BATSHELVES THIS WEEK: There are a number of other Bat-titles available but Batman and Robin Eternal #6 is the only one I’m picking up this week, so …