BATBOOK OF THE WEEK: Batman Automobilia #77

File this under Things You Never Thought You’d See.

I mean, a 1966 classic Batcycle model? Yes. A Batgirl Cycle? Cool. But an original, one-episode-only Batcycle that cameos in Season 1?

No. Nuh-uh. No Batman fan in their right mind could expect something like this to be remembered, let alone produced as merchandise.

Well, Eaglemoss’ Batman Automobilia #77 gets the award for Most Obscure Batman ’66 Merchandise To Date — until it’s eclipsed by a model vehicle due out in the States soon. 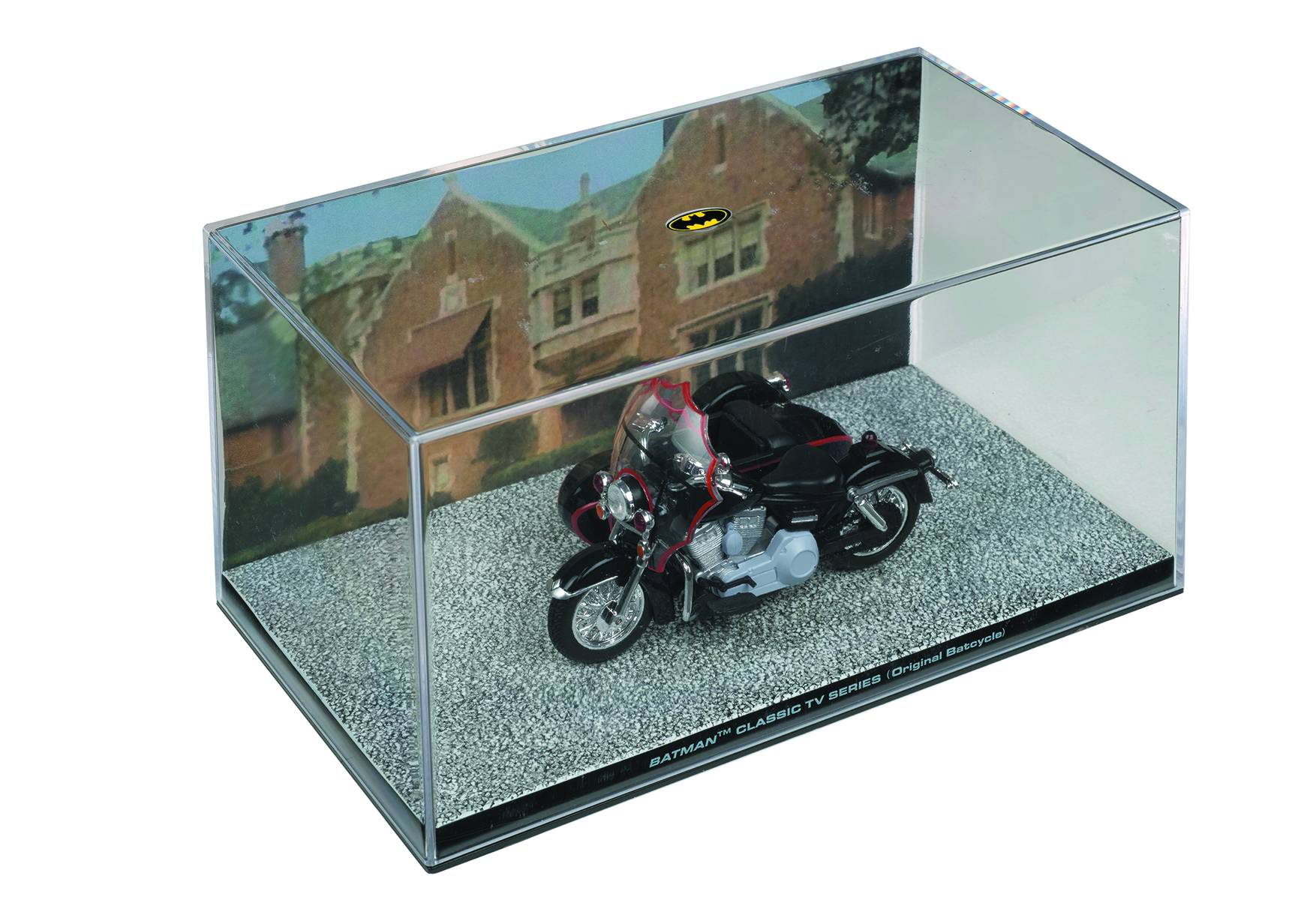 As I’ve noted a lot of late, Eaglemoss offers some of the best bargains for collectors. These models — I call them models because the wheels don’t move — come in a removable plastic case, include a 3D diorama backdrop specific to that vehicle, as well as a 16-page, full-color magazine that boasts all sorts of facts and schematics.

In this case, the backdrop is Stately Wayne Manor.

One weird thing, though. I’d have thought Eaglemoss would have the Batcycle facing the other direction so you could better see the emblem on the sidecar, like so: 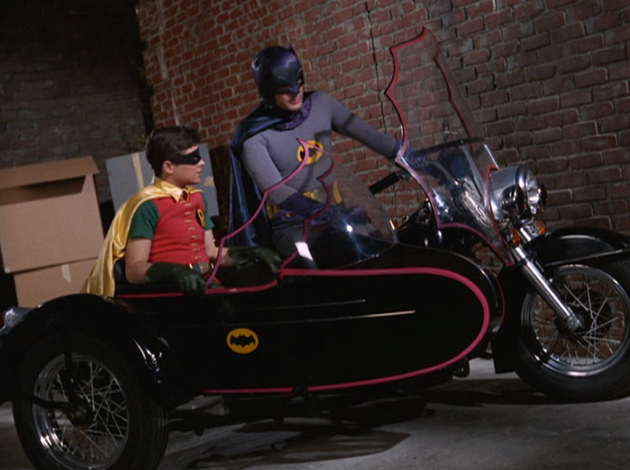 By the way, the episode that this Batcycle appears in is The Penguin Goes Straight/Not Yet, He Ain’t. See, the Penguin has stolen the Batmobile and taken the time to redecorate: 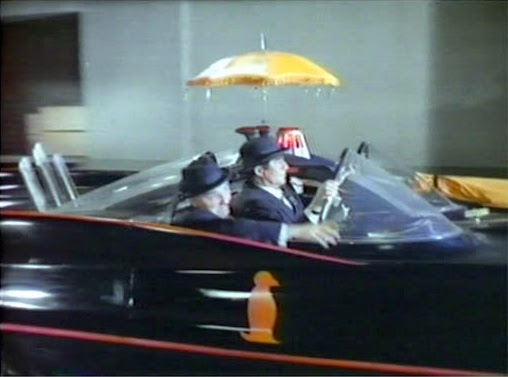 And guess what? Eaglemoss is doing that Batmobile too. It’ll be in the States soon.

Anyway, the company’s basic vehicles are only about $20 a pop at your comics shop or from online retailers. (You can also subscribe, but that’s a whole other story — which you can read here, as it happens.)

ALSO ON THE BATSHELVES THIS WEEK: Grayson #16 has an awesome cover. I have no idea whether this issue will pick up from the Robin War cliffhanger right away or not. I choose to be surprised. Either way, I’m reading it. 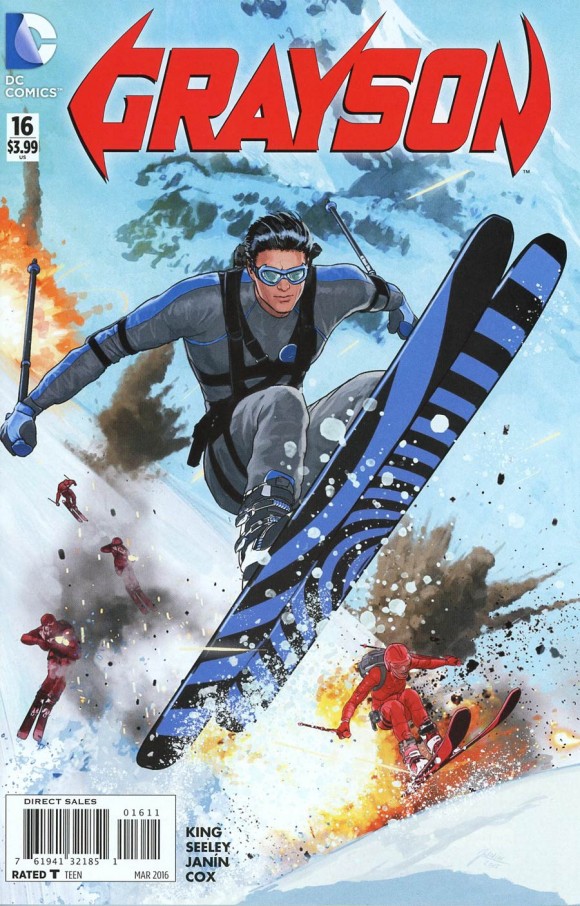 There’s also: Batman and Robin Eternal #17 and We Are Robin #8. I’m not in love with either of these titles but I’m hanging in for now. I think.