BATBOOK OF THE WEEK: Arkham Manor #2

Pretty much because I can’t pick Batman ’66 every time.

Arkham Manor has a silly premise even when you consider that it takes place in a world where a really angry rich dude fights crime dressed like a bat.

This is a title that asks you to suspend whole heaps of disbelief: Arkham Asylum’s destroyed (again) but this time Bruce Wayne gives up his ancestral home — where his mother and father once slept — so the most depraved residents of Gotham can live above the Batcave.

What could possibly go wrong? 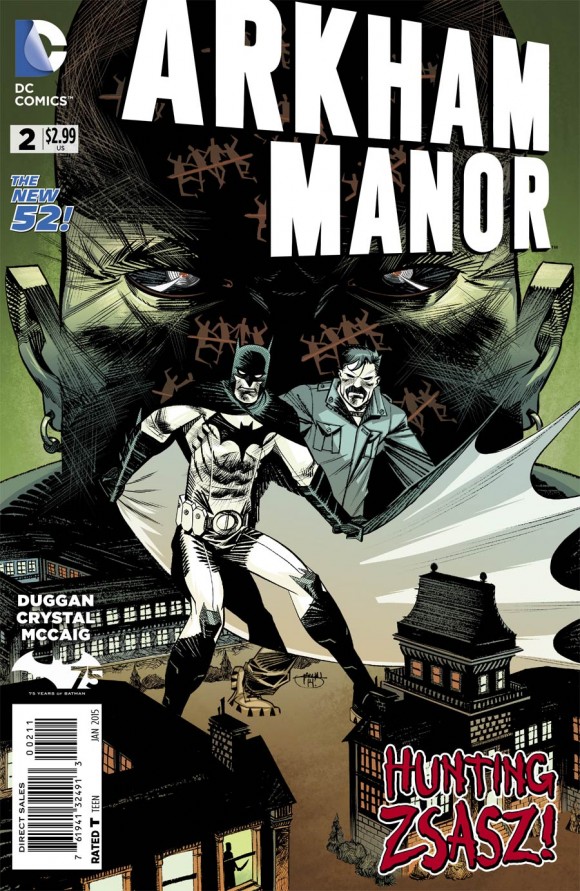 Putting all that aside and taking the book on its own terms, Arkham Manor #1 was pretty good. I especially like Shawn Crystal‘s art — yet another Batbook that’s been permitted to stretch its leather wings beyond the New 52 house style.

It’s a book with a finite shelf life, so I’m just taking as it comes so long as I’m entertained. Hell, it’s better than a generic Batbook, which is usually what we get when DC squeezes the Bat-teat of plenty.

Also on the Batshelves This Week: The aforementioned Batman ’66 #17 starring Special Guest Villain King Tut and Catwoman #36, with the new creative team of Genevieve Valentine and Garry Brown. They got off to a promising start last issue. There’s also Gotham by Midnight #1, which is as much a Batman book as Justice League Dark is a Justice League book.