This week’s BATBOOK OF THE WEEK features Selina’s Bold! New! Direction! So we have a double MIGHTY Q&A with the new team of writer Genevieve Valentine and artist Garry Brown.

October’s been a big month for the Batbooks, what with the debuts of Gotham Academy #1 and Arkham Manor #1 (see our contest here!), the launch of Snyder and Capullo’s Endgame and the revamp of two major characters, Batgirl and, now, Catwoman.

Catwoman‘s been a hot and cold title for me since the New 52 began, so I’m really intrigued by what the new team has up its collective sleeve, with Selina running a criminal empire. She’s one of my favorite characters so I’m really looking forward to this week’s Issue #35. 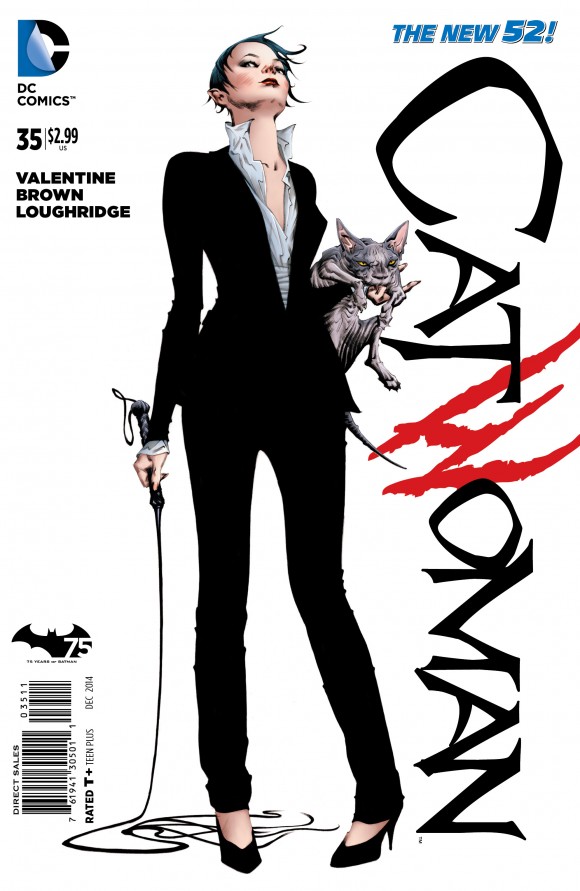 Here are Valentine and Brown to talk about it:

Up first is Valentine, who’s making her comics debut on one of DC’s most storied characrers:

Dan Greenfield: How did you come by the gig?

Genevieve Valentine: I was given the setup for the current arc by the group’s editor, Mark Doyle, and asked if I had any pitches I wanted to make based on the new status quo they were planning for Catwoman. I thought the concept was fascinating, knew almost instantly how I would play it out if I got the chance, and wrote a few rounds of pitches that each fleshed things out a little more, and by then I was so invested in the idea that I’m really relieved I got the gig!

This is your comics debut. Some writers make the jump to comics seamlessly while others stumble. You know the genre but what have been some of the things you’ve had to sort out along the way?

Well, one of the big unknowns is actually sort of embedded in your question: The level of expectation from the comics audience is well established and it’s very high, and I think we’ll have to wait until the first issue comes out to decide how well I’ve sorted everything out there! In the meantime, I think the biggest learning curve has been the collaborative aspect of comics that doesn’t exist the same way in prose; watching Garry make the story come alive on the page has been amazing. 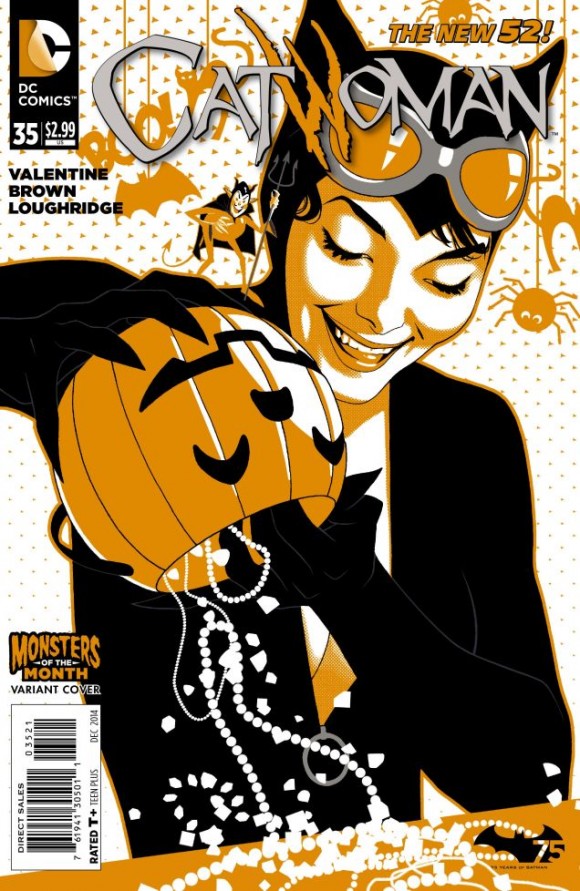 Catwoman is such a major character in comics, what is it that you’re looking to bring to Selina’s world that we haven’t seen much of before?

Well, one of the best things about Selina’s world is that it’s big enough that you can take it in so many directions, but at the same time that breadth means you can almost always draw parallels to what’s come before. This isn’t the first time Selina’s gone hunting for another possible identity, and so even though we’re introducing new elements in terms of Selina’s role — and her being in charge of an organization is definitely a departure for someone who’s so decidedly a loner — she has such great history and flexibility as a character that you can almost always align something new with something that will resonate in her history.

What’s your favorite Catwoman of the past — in any medium? Why?

There have been a lot of amazing iterations of the character on paper and on screen. However, I will always have a soft spot for Eartha Kitt’s Catwoman, who was totally game for all the goofy stuff, but who also carried a core of intelligence, anger and determination I’ve associated with Catwoman ever since. 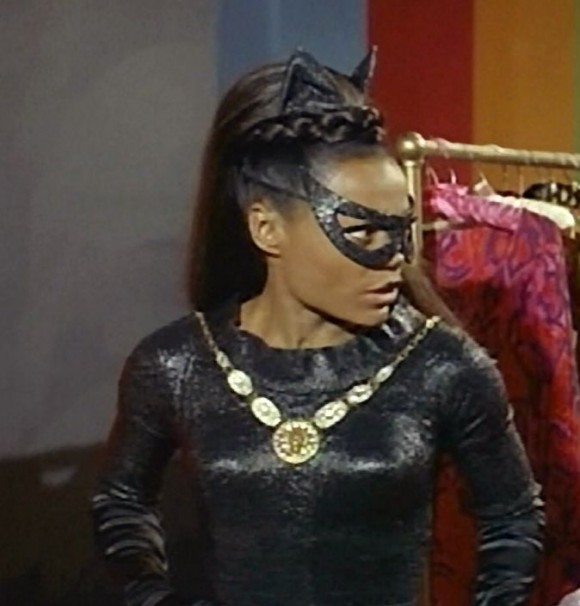 How much will your book interact with the rest of the Batbooks?

Obviously, since things have shifted for her so dramatically, a lot of the focus in this arc is on Selina’s new world, which is a little isolating in and of itself, just because of the role she’s required to play now; her isolation actually becomes a key point in how she handles everything. And she’s always been something of an independent character, so the book reflects that. But that said, since this is Gotham and it’s an awfully small town, all things considered, I believe there are going to be a few moments that cross over back and forth.

Describe your collaboration with Garry Brown.

Brilliant. This is my first-ever comics experience, and I’m pretty sure it couldn’t have been any smoother. His style is perfect for this story — a little noir, with Selina a little hard around the edges just like she needs to be — and he’s really interested in the world around her, which has given us some absolutely amazing architectural beats. (His fight scenes are also architectural, which is a touch I particularly love. This version of Gotham is full of bruisers, Selina included.)

He’s the nicest guy ever, too, which is certainly helpful. I wanted to be super sarcastic here just to tease him, but I couldn’t bring myself to do it, he’s that nice.

And here’s Brown, whose work I’ve admired for awhile: 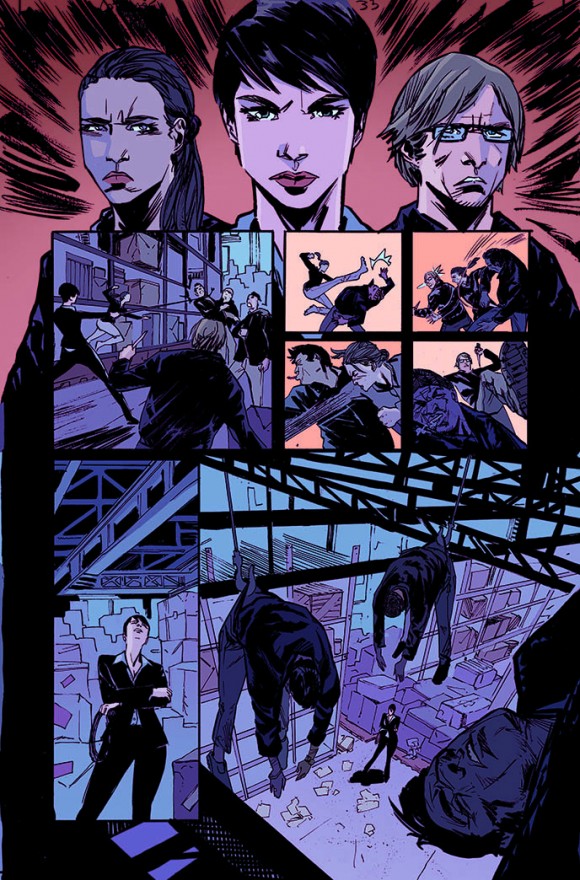 Dan Greenfield: How did you come by the gig?

Garry Brown: I reached out to Will Dennis at Vertigo about any available work. I’d been in contact with him for a few years and he always seemed interested in what I was doing. He said there wasn’t anything at Vertigo, but did I know Mark Doyle? I said no, so he introduced me. It was great timing as Mark was looking for artists for some Bat projects.

I really like your art style. It has a noirish grittiness that I think has been missing from a lot of DC’s books of late. Tell us your approach to Selina and her world.

Thanks. Yeah, I tend to lean in that direction and I think it’s a fit for Gotham city and its characters. My approach is like you said, to get a little gritty and noirish. I’m always looking for interesting lighting for buildings or characters. I think it works really well for Catwoman.

What’s your favorite Catwoman of the past — in any medium?

I love the Brubaker/Cooke Catwoman run. That’s one of my favorites. The mood in that book is fantastic. 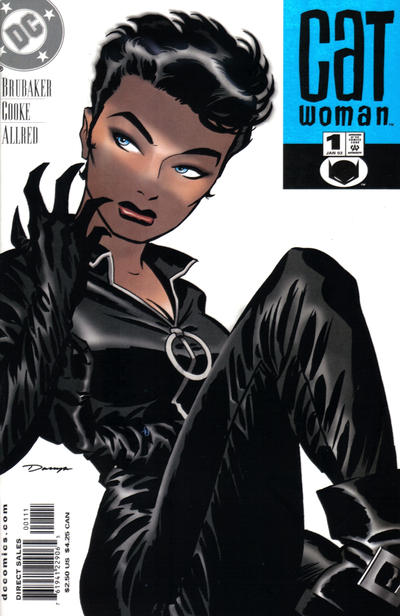 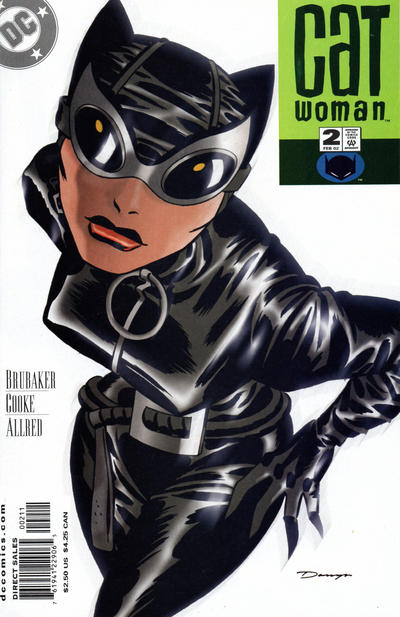 Which other characters from the Batverse are you eager to depict?

Oh man, any of them, (laughs). I’ve been a Batman fan forever (unfortunate pun). He’s my guy. It’s the top spot for me. But the Batverse has such a deep roster, there’s loads of characters I’d love to draw.

Describe your collaboration with Genevieve Valentine.

Working with Genevieve is great. I love reading her scripts. There’s a novelistic approach to the panel descriptions. Like I’m reading a noir book. It gets me in the right mindset for the scene.