AQUAMAN by SKEATES and APARO to Get Second Hardcover Collection

Following up on The Search for Mera… 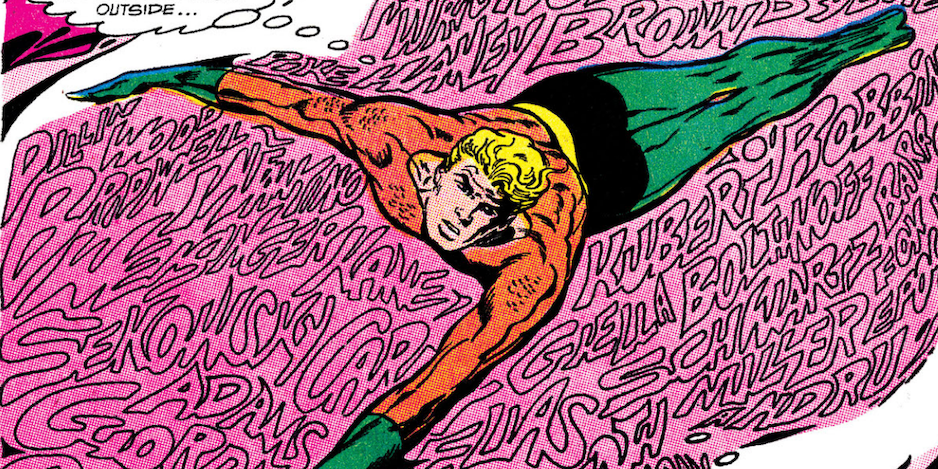 Some of the most beloved Aquaman stories ever told were by writer Steve Skeates and artist Jim Aparo — and it looks like DC is planning a second hardcover collection of their collaboration.

Aquaman: Deadly Waters — The Deluxe Edition, is planned for an August 2020 release, according to a listing on Amazon. 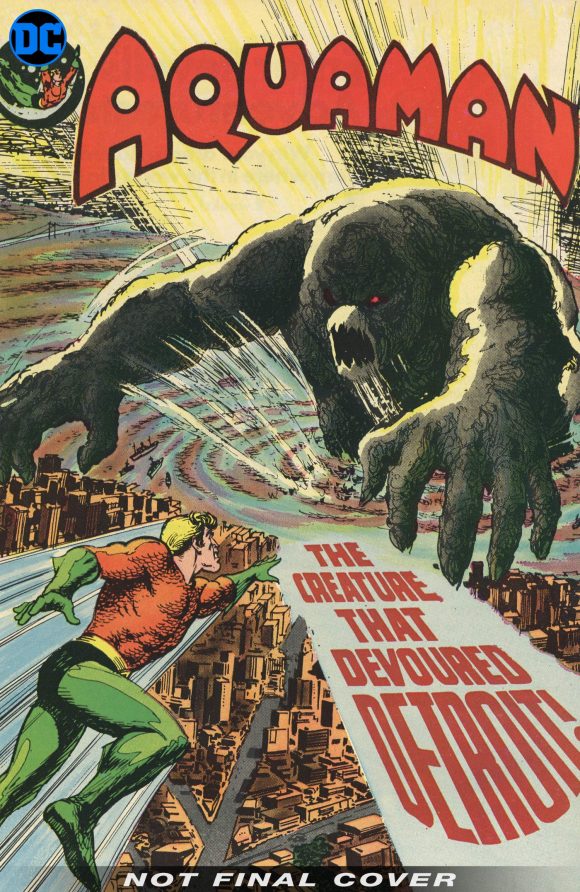 Black Manta shows up to take advantage of Aquaman’s desperate situation after Mera, the queen of Atlantis, mysteriously disappearers.

Fifty years ago, writer Steve Skeates and artist Jim Aparo began their acclaimed tenure on Aquaman with their epic nine-issue tale of Mera’s disappearance and Aquaman’s frantic quest to get her back, including issues #40-48. Now the next installment of classic Aquaman features Black Manta and Ocean Master. Collected for the first time in a new Deluxe Edition, which includes Aquaman #49-56.

— That placeholder cover art is by Nick Cardy, from 1971’s Aquaman #56 — the final issue of the Sea King’s first series. (It would be revived six years later, continuing the numbering.)

— Aparo himself didn’t take on Aquaman cover duties until the Swift and Powerful Monarch of the Ocean moved to Adventure Comics in 1975, with Issue #441. So, like the Search for Mera hardcover that came out in 2018, Cardy’s cover art could adorn a book drawn by Aparo. That’s kinda strange when you think about it. Sure, that’s normal for individual issues but I think it should be different for collections.

— Standard caveat: The hardcover, which lists for $39.99, has yet to be officially solicited by DC, so things can change. And as fans are aware, even DC’s solicitations can be a moving target. Just check out the latest drama surrounding the Englehart-Rogers Batman collection, the Aquaman Silver Age omnibus and the Super Friends comics hardcover. (Click here.)

— So while you wait for all this to play out, dig this classic page from Aquaman #50 — and all those names! 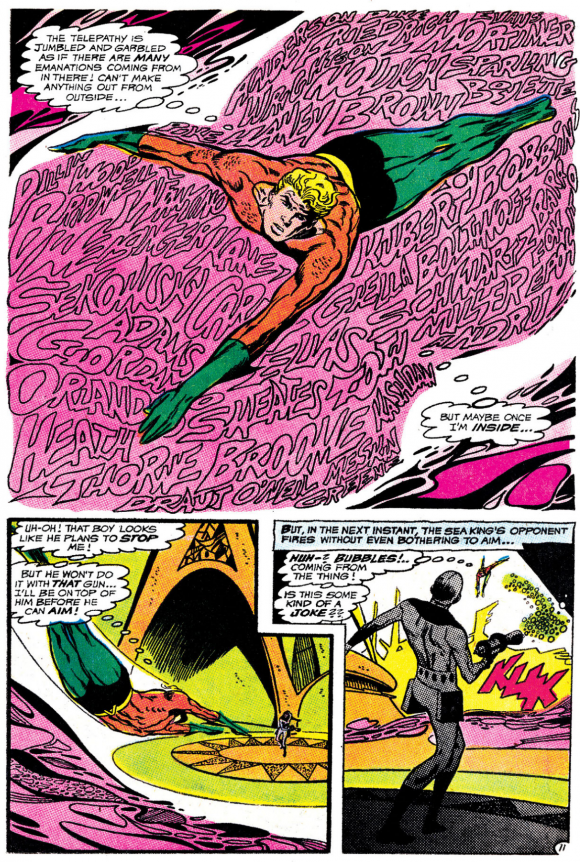