And Just Like That, JORGE FORNES Joins BATMAN Team

Hey, we’re not his press agents or anything, but it’s fun to note that Jorge Fornes — whom just last month we anointed Your Next Great Batman Artist (click here) — will be illustrating Batman #66, due in March.

Fornes, whose style recalls that of David Mazzucchelli, recently produced a short story with Ram V for Batman: Secret Files #1 and some pages for Batman #60. But now he’ll get that complete issue we’ve been rooting for. 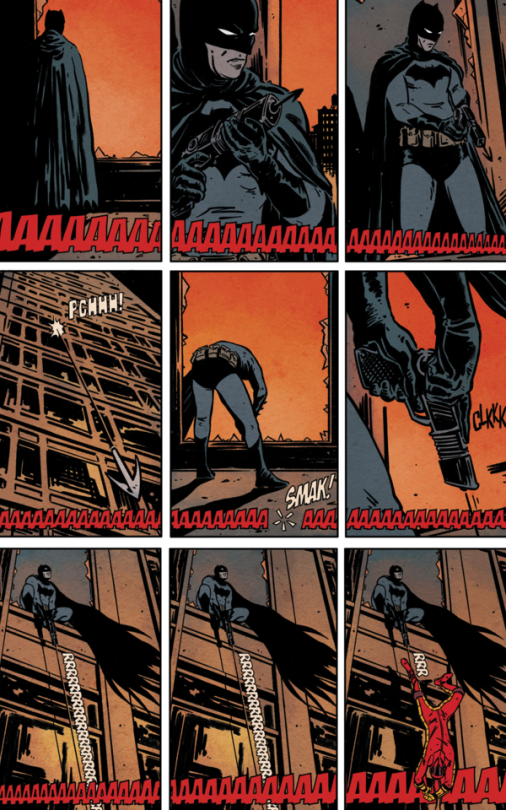 From Batman #60. Colors by Jordie Bellaire.

Here’s the solicitation info, released by DC on Thursday:

BATMAN #66
Written by TOM KING
Art and cover by JORGE FORNES
Variant cover by EVAN “DOC” SHANER
The “Knightmares” storyline continues! Something — or someone — is forcing Batman to live through some of his darkest fears, amplifying the Dark Knight’s anxieties and reimagining some of his worst traumas. Now that Batman has become aware of the nature of these delusions, he must find a way to break through and find out the source of this disruption. So who does he turn to for answers? Why, the Question, of course! But is Vic Sage just another figment of the Caped Crusaders imagination?
ON SALE 03.06.19
$3.99 US | 32 PAGES FC| RATED T

No art’s been released from the issue yet, but if you want to check out some other great Fornes Batman work — and you do — click here.

Here’s hoping he’s joining the rotation of Bat-artists for good.