AMAZING SPIDER-MAN #100: Dig the Original Art of One of the Greatest Covers Ever

Home » COMICS HISTORY » AMAZING SPIDER-MAN #100: Dig the Original Art of One of the Greatest Covers Ever 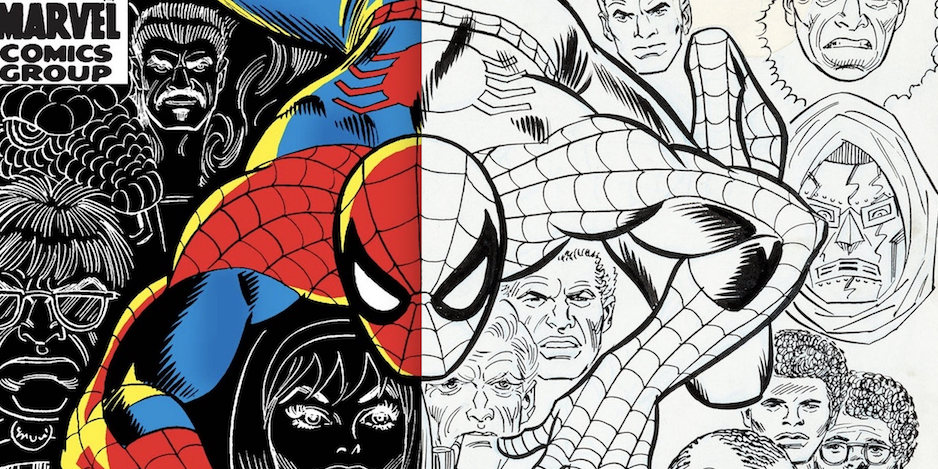 This is just something I like to do from time to time — pick out a piece of favorite art and compare it to the final version. 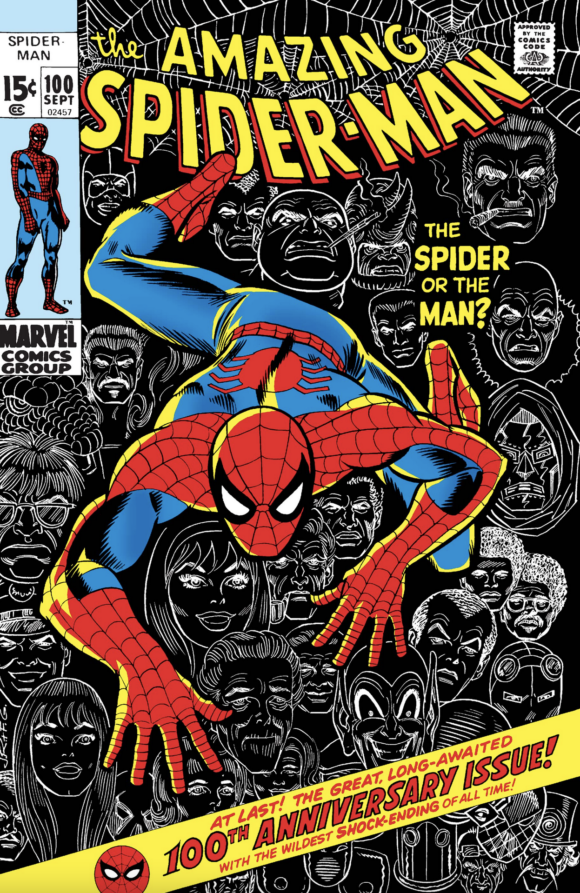 Naturally, a big part of what it makes it work is the negative printing effect, which adds a suitably eerie atmosphere.

But, hey check out what the original art looked like before all the magic — it’s fabulous in its own right: 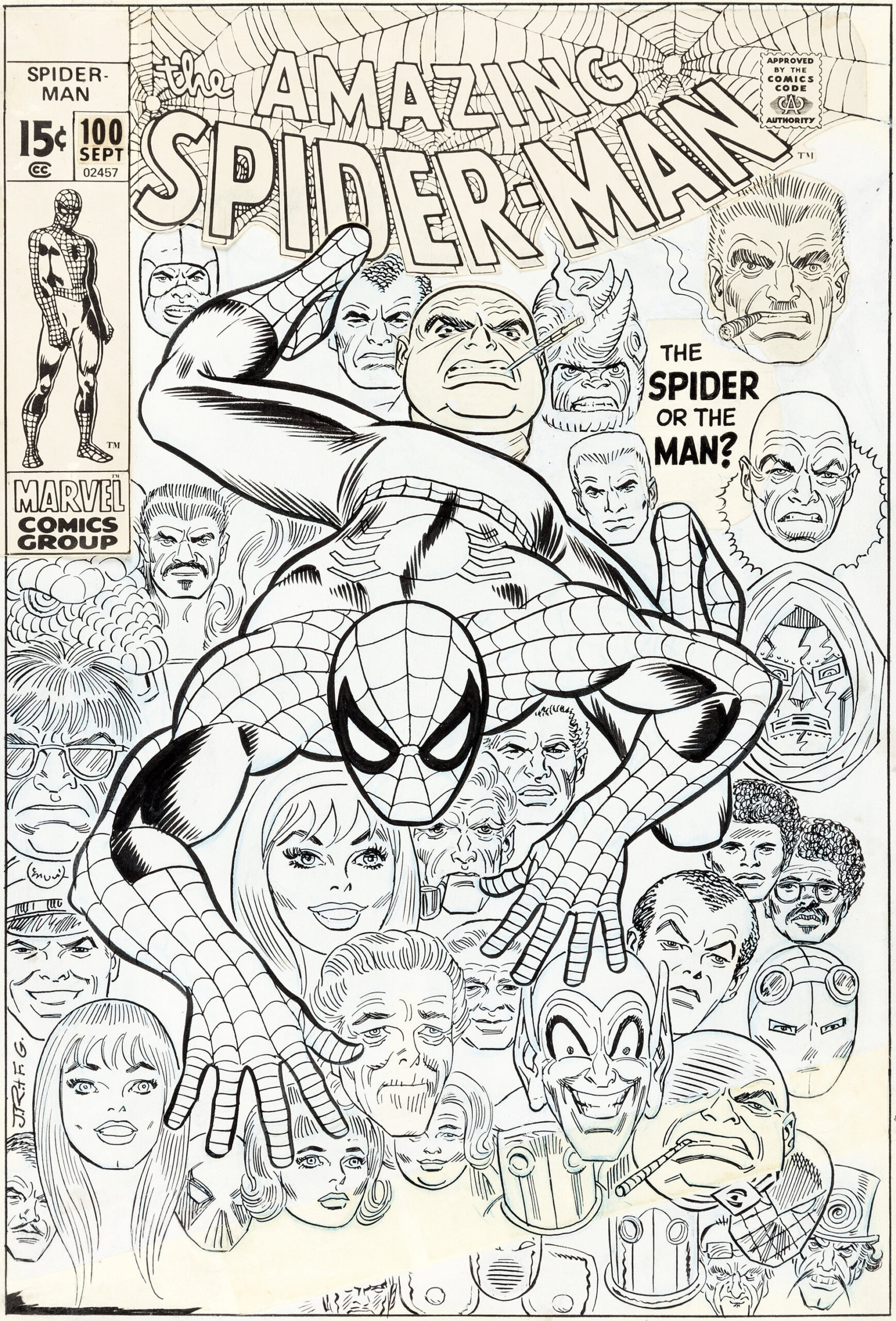 “One of the most iconic covers from Marvel’s best-known character! Fans were excited to see pencils by John Romita Sr., a spider-artist revered for his nearly five-year run on the title from Issue #39 through #95. This is also possibly Marvel’s greatest “floating heads cover” ever, as this beauty featured pretty much anyone who was anyone in the Spider-verse!

“Created in ink over blue pencil on World Color Bristol board with an image area of 10″ x 15″. The corner box and logo are paper paste-ups,” the description continues. “The ‘100th Anniversary Issue’ banner is missing, leaving the original art below visible. (A replacement banner has been added to an acetate overlay.) In the place of the missing original banner, you can see how some faces were obscured and then added to other places on the cover. The top of Kingpin’s head became Mysterio’s dome helmet, and a paste-up of Kingpin was added to the top. Likewise, Jameson’s head is an original art paste-up. The cover has been professionally cleaned and signed by Romita in the lower left margin, apparently at a later date. The cleaning process has caused the blue pencils to slightly diffuse on the page. Conserved to Very Good condition.”