And we’re riled. But in a good way.

It took me a long time before I came to fully appreciate Cesar Romero’s Joker. As a kid, he was just another part of the Batman TV show and movie, not as cool as the Riddler or as charismatic as Catwoman.

But man do I get it now. Romero’s Joker is a sheer tour de force of showmanship, hysterically funny and wildly entertaining. His bratty petulance, which turns some people off, is worthy of a snort-laugh as I sit on the couch taking in his escapades.

So if you’re going to turn such a showy role into a static figure, it’s important that you get that attitude down — and Diamond Select puts a premium on it in its new resin statue out 5/31. 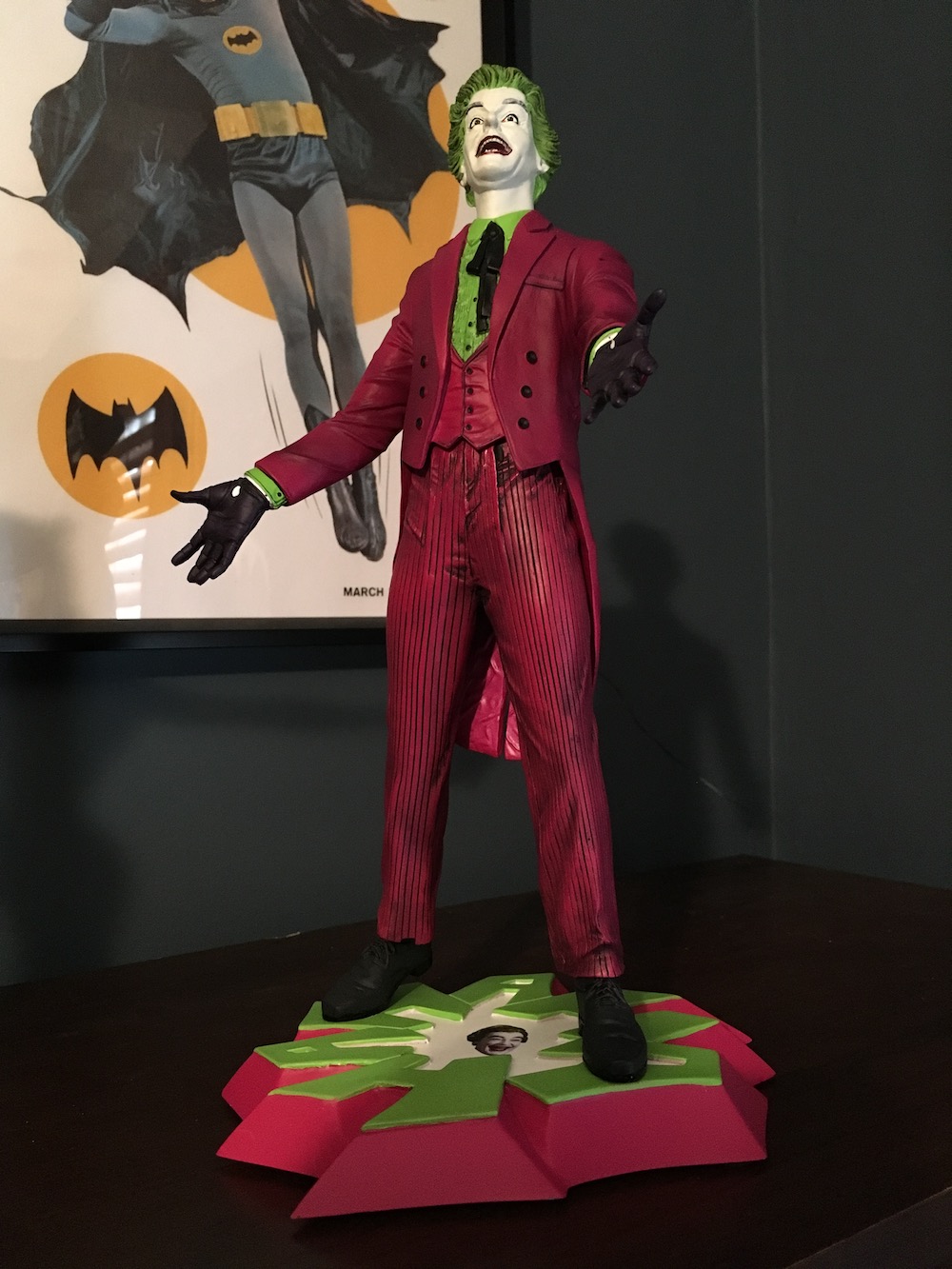 This piece, sculpted by Jean St. Jean, is the company’s fourth 1/6-scale statue in the Batman ’66 line — following Batman, Batgirl and Julie Newmar Catwoman — and it’s a fine addition to the set.

Romero was so demonstrative as the Joker that his posture and pose are crucial. Here, I can hear Romero exhorting, “W.C. Fields, come! Come!” as he does in his debut episode The Joker is Wild. 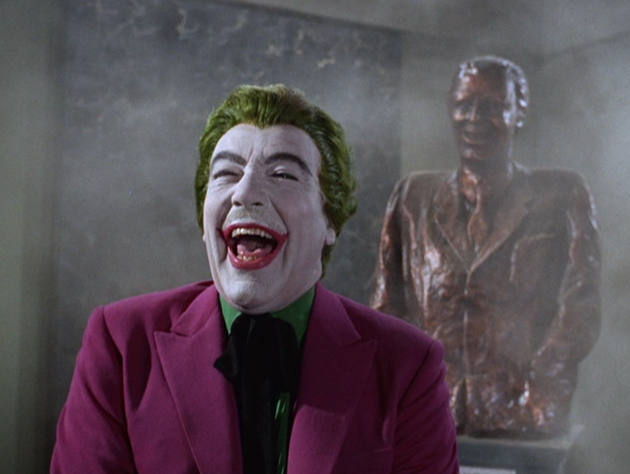 Diamond also did a sound job with the color selection. The Joker’s suit is purple, sure, but it’s that show-specific pinkish shade. The green hair works too — as does the mustache peeking out from the pancake makeup. (The purple gloves may be a bit too dark but that’s something only a real stickler would be annoyed by.) 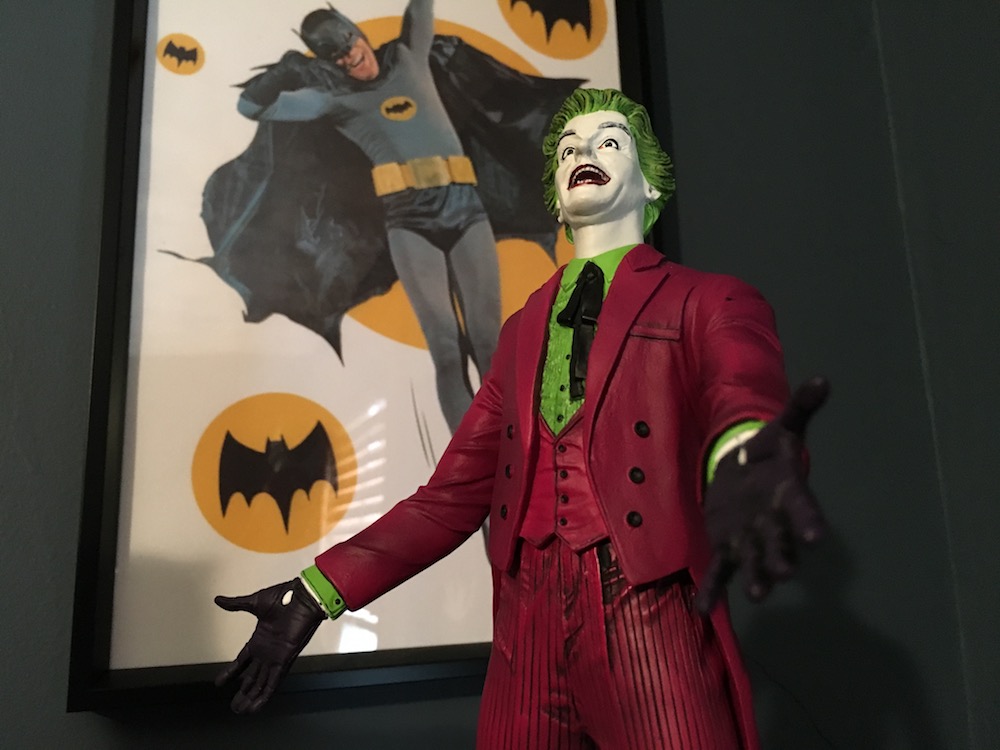 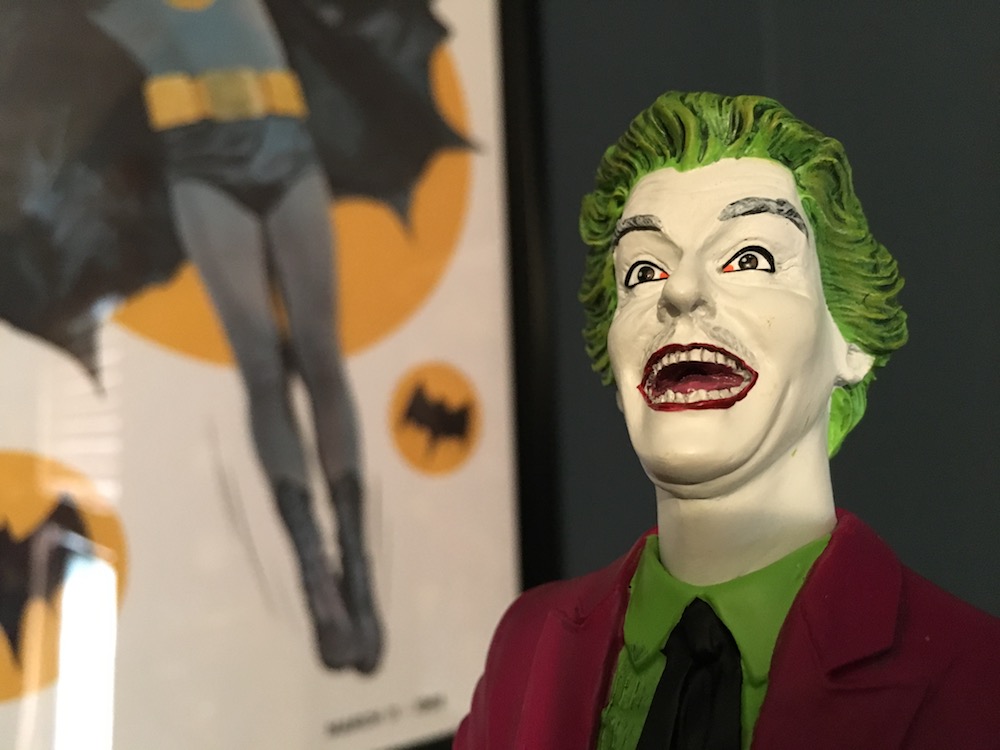 The detail work is superb, down to the frills on his green tuxedo shirt and stitchwork on the back of his tails. Even Romero’s less than perfect orthodontia is on display. I also like the creative liberty taken with the base, which features Romero’s face surrounded by a stylized HA HA HA. 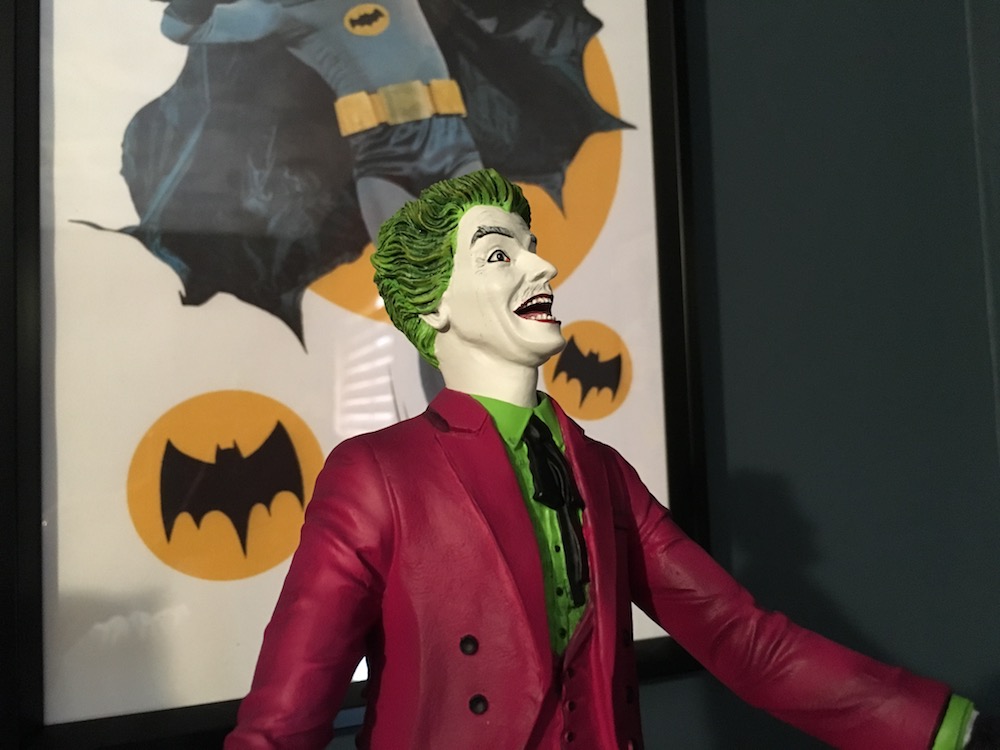 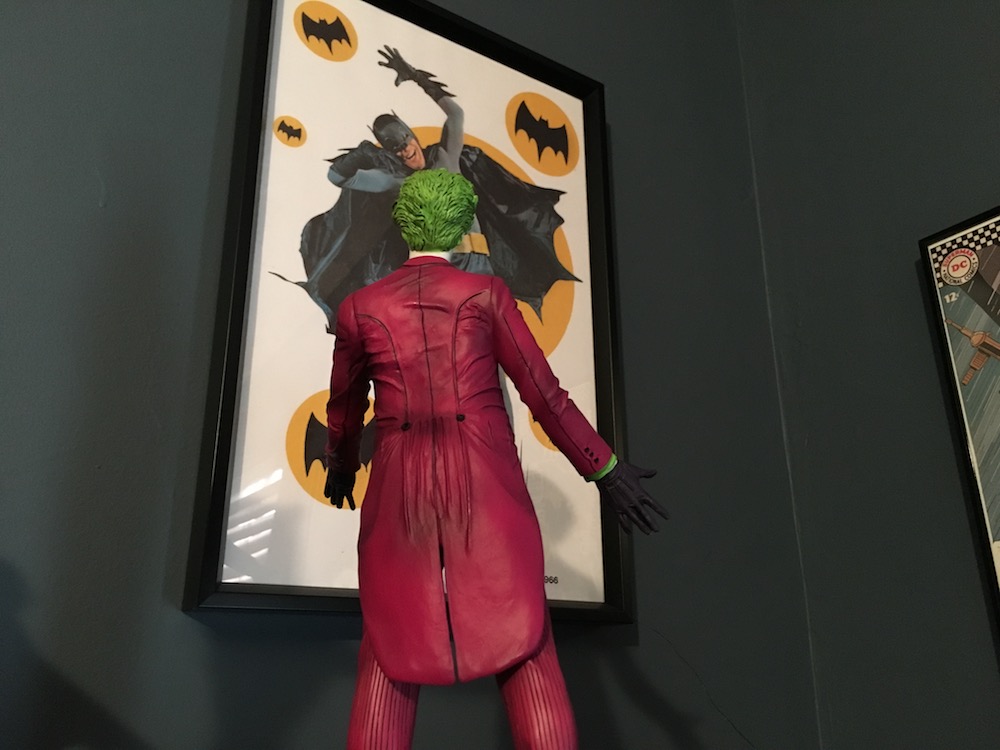 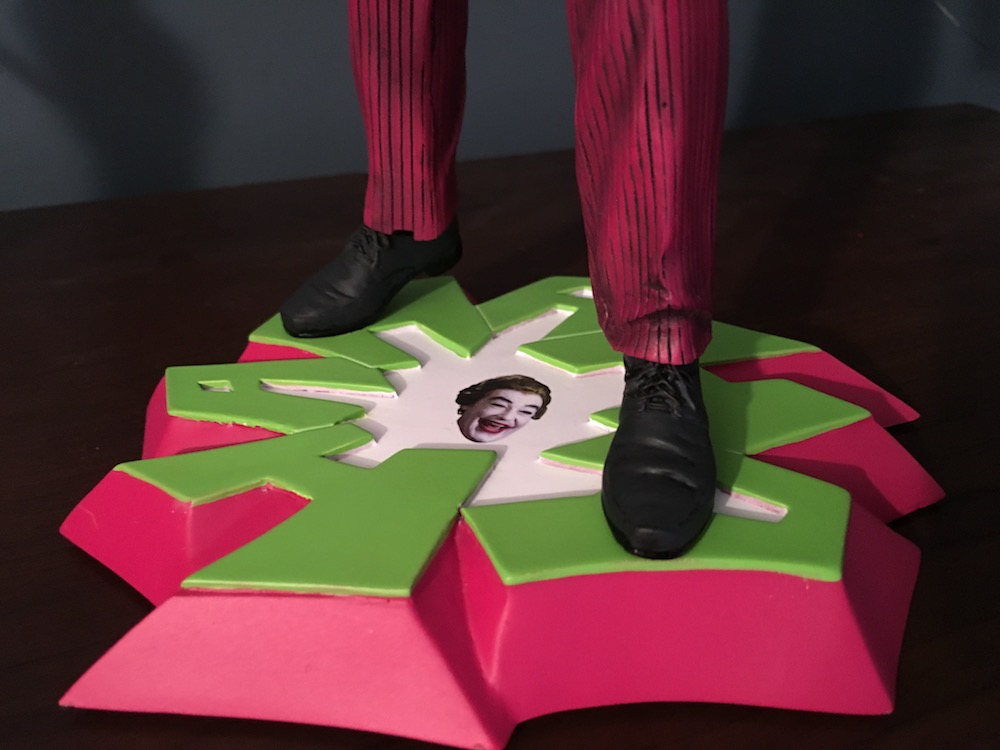 The likeness itself is good, better from some angles than others. I’d say that the other three are somewhat stronger in this regard. Nevertheless, this is a solid entry in what’s been an excellent line of comparably affordable statues. (At $150 a pop, they’re on the higher end of the market but not as high as other, significantly more expensive options.) 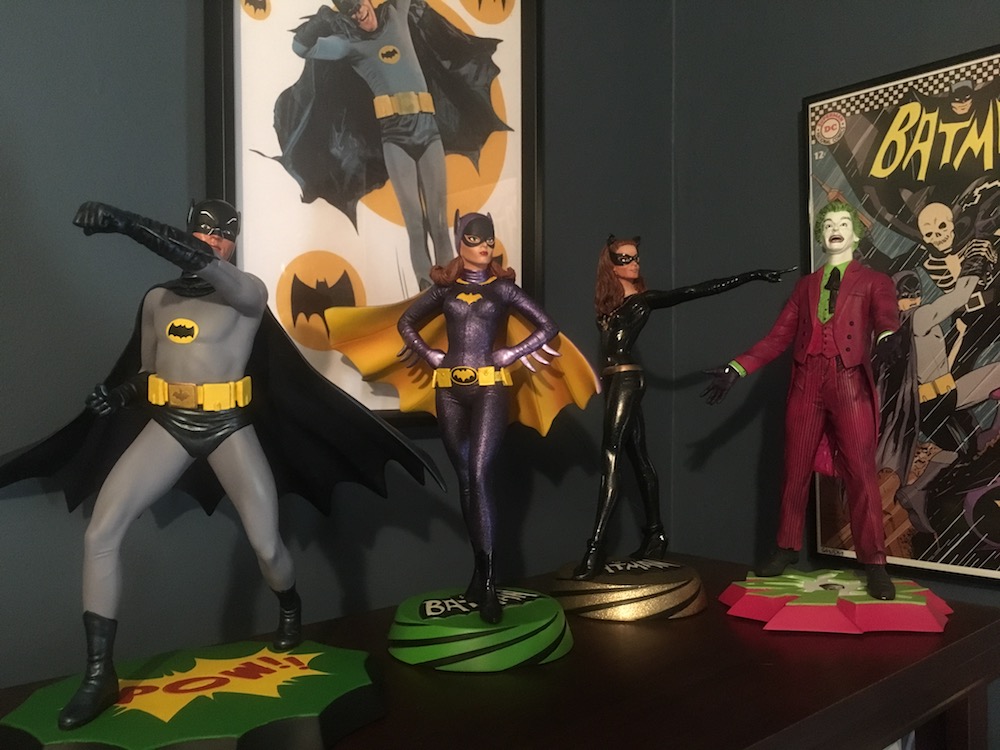 So, we know Robin is next. (Click here.) But Diamond Select hasn’t said yet whether there will be more in the series. The are at least two more busts to come — Bookworm and Eartha Kitt Catwoman, but that may be it on that front.

Here’s hoping we still get Riddler and Penguin statues. Because as good as this line has been, it won’t be complete until those bad guys join the fun. 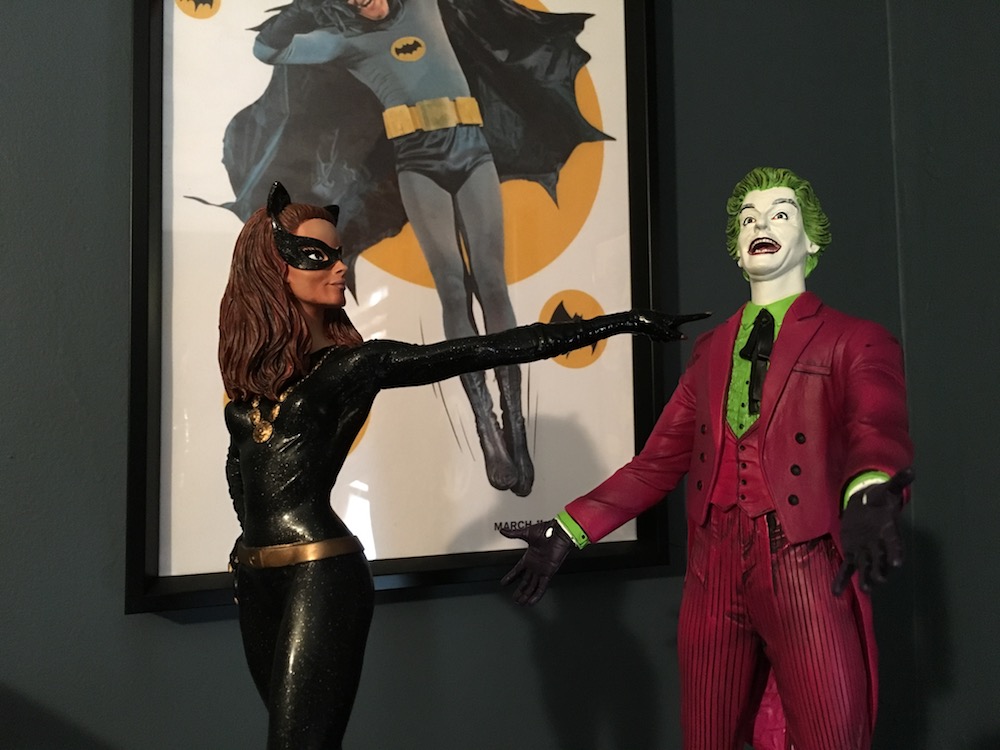 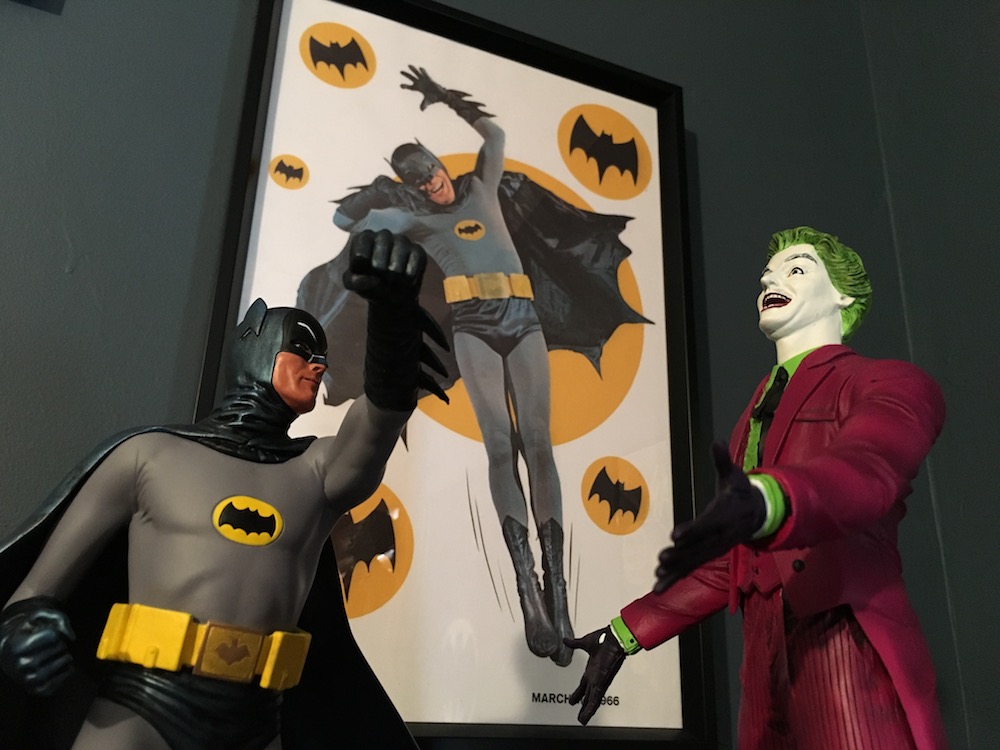