The veteran comics writer has a lot to say about his time with the House of Ideas — and how he ended up publishing the legendary noir series Detectives Inc. Here’s the conclusion to a three-part special Sunday series: 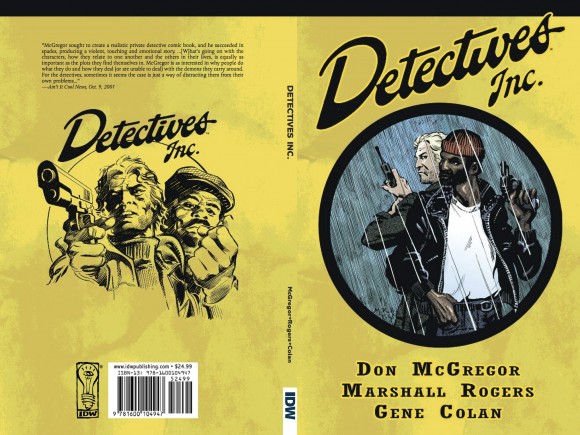 See? It does all come around, just not in a smooth, circular fashion.

I guess the editors at Marvel did not think I would actually buy my Quentin Chase story back just because I didn’t agree with the changes.

The editor in charge was ameliorating.

“Okay, the story will stay as it is. I’ll even give you a few extra pages. Now, just out of curiosity – you were bluffing, weren’t you? You didn’t really have anybody to sell that story to, did you?”

I should have bought the story back when I had the chance … but I didn’t.

I was not clairvoyant enough to know that I would lose “A Touch of Euphoria … A Touch of Death” for $50.

I would never get the chance to write it.

At that moment, though, the overriding thought in my head was that I was finally going to get to do Detectives Inc.!

I finished the Hodiah Twist story in March. The Quentin Chase plot synopsis had not yet found an artist. Marvel was having contract trouble getting Marshall Rogers to do it, and were considering other artists.

Gene Colan was illustrating the Hodiah Twist story, with all of his beautifully penciled faces shaded as if they’d been painted, rather than drawn. Gene would always be convinced “The Hero Killer Principle” was the first book we ever worked on together. He had no memory whatsoever, no matter what I said over the ensuing years, that he and I had worked on Killraven together, and that he designed KIllraven’s serpent stallion in “Something Worth Dying For.”

It was at that con that I first approached Marshall Rogers about illustrating a new Detectives Inc.

It’s a long way to Tipperary.

Marshall asked that I write a complete script — as I had with Hodiah Twist.

I was now committed.

Detectives Inc. was finally going to be done, and now I had to make good on all those things I had told myself over the years that the series could be. Obviously, I could not achieve the diversity I envisioned in one book, but that first story had to state, quite clearly, that comics can do anything a writer and artist determine within the limits of their artistic sensibilities and ambitions.

Comics do not have to have a strict, uniform structure.

Comics can deal with complex, sensitive subject matter and not merely pretend they are addressing them.

Comics can be about human beings, not only superheroes or caricatures.

I could write, essentially, anything I wanted.  There was only one rule set in cement that could not be broken. 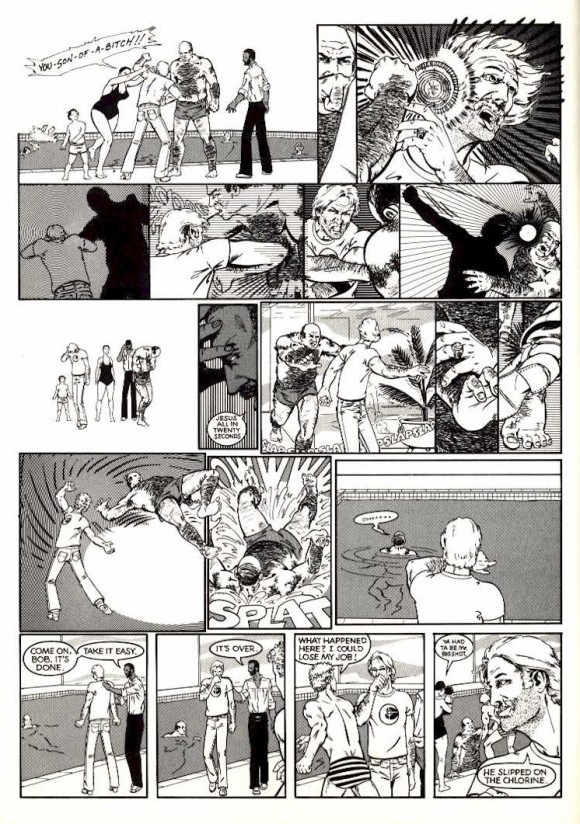 Detectives Inc. would have a page count of 46 pages.

I put everything I had into those 46 pages. And Marshall Rogers met the challenge every time out.

Marshall did not flinch from drawing the first lesbian characters in American-produced comics. The timeline in comics at gayleague.com (image NSFW) starts with Detectives Inc.

Whether one loved or hated the book, I am not sure how any book describing itself as an exploration of a decade of comics in the ‘ 80s could omit Detectives Inc. as if it did not exist. Its absence historically is perplexing.

While there was resistance by some distributors to carrying a book that had gay characters in it, behind the scenes there was no problem at all with Marshall and Dean Mullaney, unlike the difficulties the interracial couple of Sabre and Melissa Siren had been in Eclipse Comics’ first publication.

Much of Detectives Inc. was drawn by Marshall during nighttime hours at Continuity Studios. Dean Mullaney, in his piece in the IDW hardcover edition of the book, noted that “During the day (Continuity) was a hotbed of activity, as Continuity’s staff, led by Neal (Adams), worked on dozens of projects simultaneously. By early evening, the place thinned out and by nightfall, the only ones left were usually the freelancers in the back. It was as if the inmates had taken over the asylum, with their theme song being Thelonius Monk’s “Round Midnight,” because that’s when things really got going.”

You can still get a copy of the IDW hardcover with both Detectives Inc. stories, and many reviews, and pieces behind the scenes on Amazon.com.

The photo of Marshall and me that appeared in the first printing by Eclipse of Detectives Inc.:  A Remembrance of Threatening Green was taken by Dean in the stairwell at Continuity at night.

Alan Weiss told me once that Marshall used him as a model for Ted Denning. I had no idea.

Recently, when working on the Sabre: The Early Future Years Kickstarter project, Trevor Von Eeden wrote me that Marshall had used him as a model for one of the South Bronx gang on the rooftops.

The iconic image of Denning and Rainier, back to back, in a rain-swept alley (one of my favorite visuals ever from anything I have written) was enlarged for the color edition in the mid-1980s.  I did not realize for years, until Tom Yeates and I were doing the Zorro newspaper strip together, that Tom had anything to do with this book I was so close to. That cover appeared via Fed Exp one day, from Tom. He had inked it, and if you look close at the rain slashes you can see a MR/TY. I hadn’t a clue.

Strange, but though many people know Marshall and I worked on Detectives Inc., a lot of people are unaware that Marshall Rogers and I worked together again, on Spider-Man.

The story was titled “There’s Something About a Gun.”

It was a story that almost became the first Spider-Man graphic novel.

It was an exciting book to do, dealing with a complex issue, which has only become more relevant today.

The original editor knew what I intended to do; I conferred with him on it and how it would work.

Marshall had drawn the entire story. It had been lettered.

But as can happen in comics, other forces can come into play, and shoot with their power to wound and cripple the impact a story could have had.

That is what their power can do.

Those kind of people believe you will forget how they ran roughshod over you and your story, needlessly.

For me, that would have to be a writer who does not believe in the story they are writing.

Then again, that’s another story. 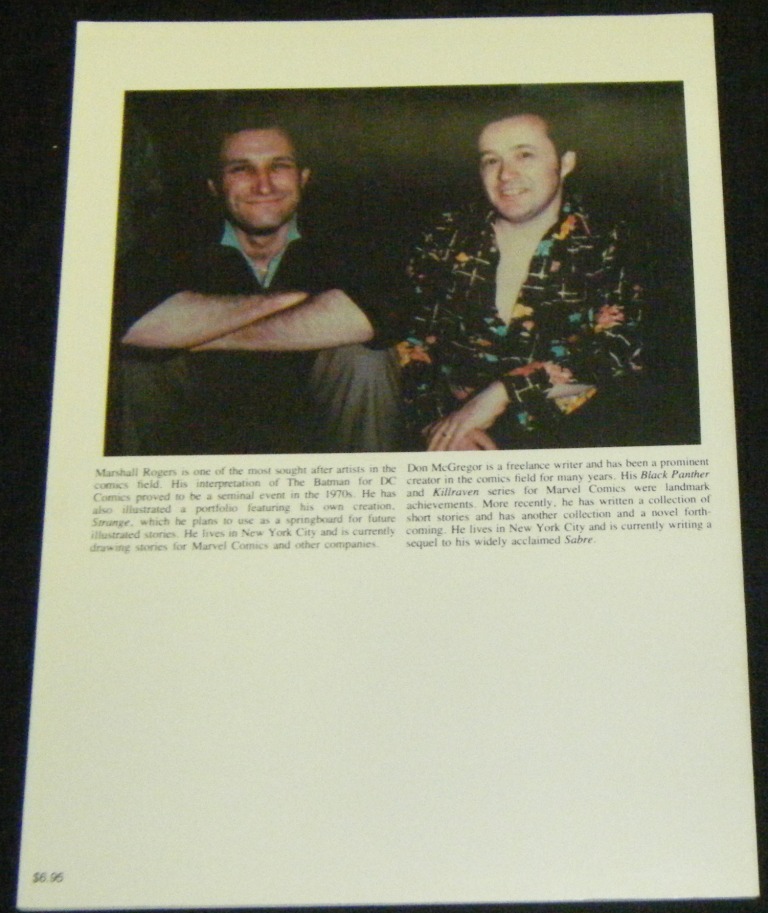