The veteran comics writer has a lot to say about his time with the House of Ideas — and how he ended up publishing the legendary noir series Detectives Inc. 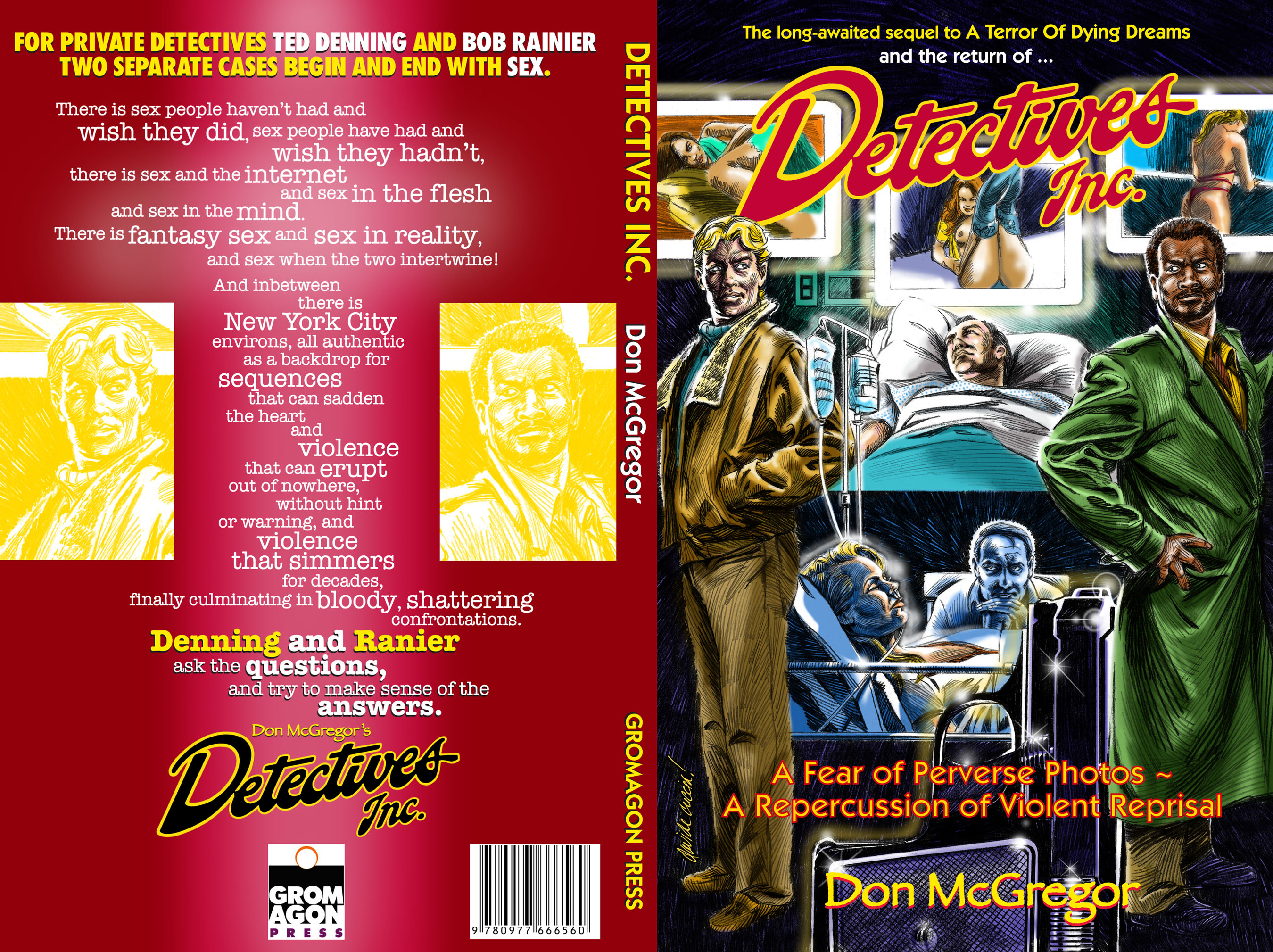 Stories none of the comics historians outside comics have told.

Stories that some people don’t want to read about comics.

Stories a lot of people do not want you to write.

Stories that would be lost forever if you don’t tell or write them.

The small, interconnected sequence of events impact on the reality of what the world finally is able to see in the comic or graphic novel they hold in their hands.

If an editor had not used, quote, this phrase in appalled declaration, “you’re tainting Nordic blood,” it is quite possible that Marshall Rogers might never have drawn the 1981 Detectives Inc. story “A Remembrance of Threatening Green.”

This is that story.

It is not meant to be sensationalistic; it is merely a recounting of how I chose Marshall Rogers to draw Denning and Rainier, the two private investigators, in the first American comic for the mass market to include gay characters.

And this story doesn’t even touch on homophobia in the comics industry in the 1980s.

Detectives Inc. existed as a series since 1969.

Alex Simmons drew the first story, back while I still lived in Rhode Island, which was titled “All That Is Left Is Anger.” 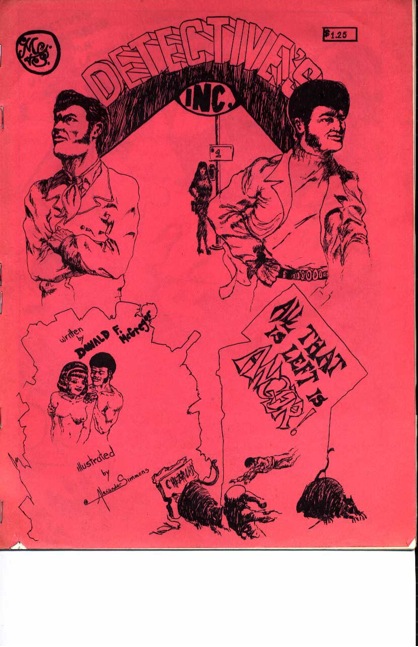 I had (and can still find if I hunt real hard) about 10 stories, with titles lined up for the black and white private eye team of Ted Denning and Bob Rainier.

I had the 10 titles and plotlines typed with orange marker lettering for the titles before I finished the first script.

I had originally created the two detectives as characters for Alex and me to play on films I was making on Super 8. They became established comic book characters more than a decade before I ever filmed them.

I wrote a second Detectives Inc. script, “The Night They Died,” ready to do a second book in the series, certainly finished while I still lived in Rhode Island. I was writing for Warren Magazines as the 1970s began. It was making treks into New York City and staying up in Spanish Harlem with Alex, and with Billy Graham, who was the first black art director in the comic book medium. The call to Marvel came after all that.

When I first met artist Rich Buckler (somewhere in the time-frame, around 1973, when we would work together on the first issues of what would become “Panther’s Rage” in Black Panther) I showed him the script for the second, uncompleted issue of Detectives Inc.

Alex had drawn several of the pages, long before, and had shown them to Neal Adams up in the Continuity Studios offices. Neal had offered to help Alex finish the pages if Alex continued to work on them. But Alex began to devote more time to the acting profession, and with his absence the second story with Denning and Rainier came to a halt.

I never gave up the idea of writing those two guys.

I loved them, I loved the kind of stories I thought I could tell with them.

Originally, there were stories, much like Eisner’s The Spirit, where they would have merely walk-on appearances.

My enthusiasm was infectious for Rich, and now he was excited about the project. I had no financial backing, but Rich still drew three pages of The Night They Died, including one with Rainer and his ex-wife at a small café whilst the memories of their past are evoked. That is the only sequence that would survive The Night They Died when I abandoned the story, at the end of the decade. 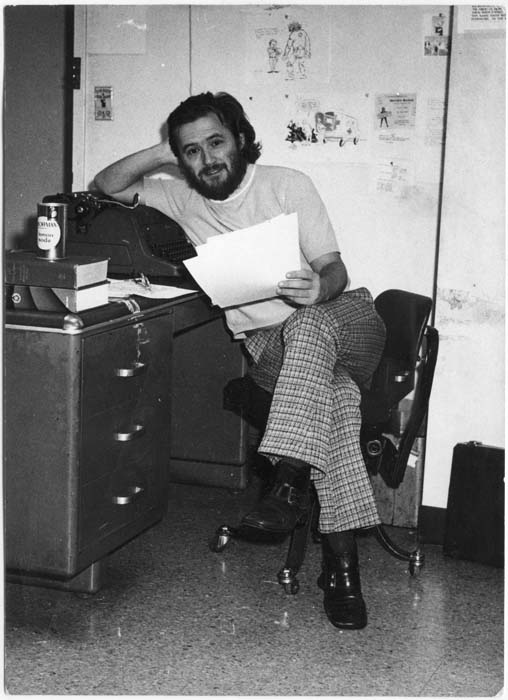 Don in the Marvel offices back in the day. donmcgregor.com

Alas, without anyone to publish Denning and Rainier’s antics, Rich finally had to withdraw. He had an increasing workload. Rich Buckler was only on Panther’s Rage because he wanted to be there. Editorial would never have assigned him to such a negatively regarded series, a title they deemed even when it was assigned to me that probably would die an early death.

Arvell Jones came up to me in recent years at a comic con and told everyone sitting at the table with me that I wouldn’t let him draw one of my books. I don’t think Arvell believed me when I told him I did not get to choose on the Panther or Killraven who would draw those titles.

Rich was there at his dictate; but he was still gone after three issues.

Craig Russell was a beginning artist who was on a hallowed hall’s shit list because he had complained about what Marvel had done with his art on an earlier assignment. For some reason, I have the impression Ant-Man was involved, but I could be wrong about that. In those days there were few comic fanzines, few sounding boards to vent creators’ views. Within a few issues, Marvel and other writers would want Craig off that “nothing” Killraven series.

Billy Graham was assigned to Panther’s Rage, not because we were friends, but probably because he was black, and in those days Marvel editorial’s thinking was black artists for black characters. It was along the similar line of thinking that was had for comics aimed at women, which were the only comics they allowed a woman writer.

Billy and I were friends, but I’m not sure anyone at Marvel knew that, because that was back from the days Billy was art director, and decided he wanted to be freelance again, for acting gigs and illustrating, though they were only two of the talents in Billy Graham’s arsenal.

Detectives Inc. lay dormant. Maybe it would never be resurrected. 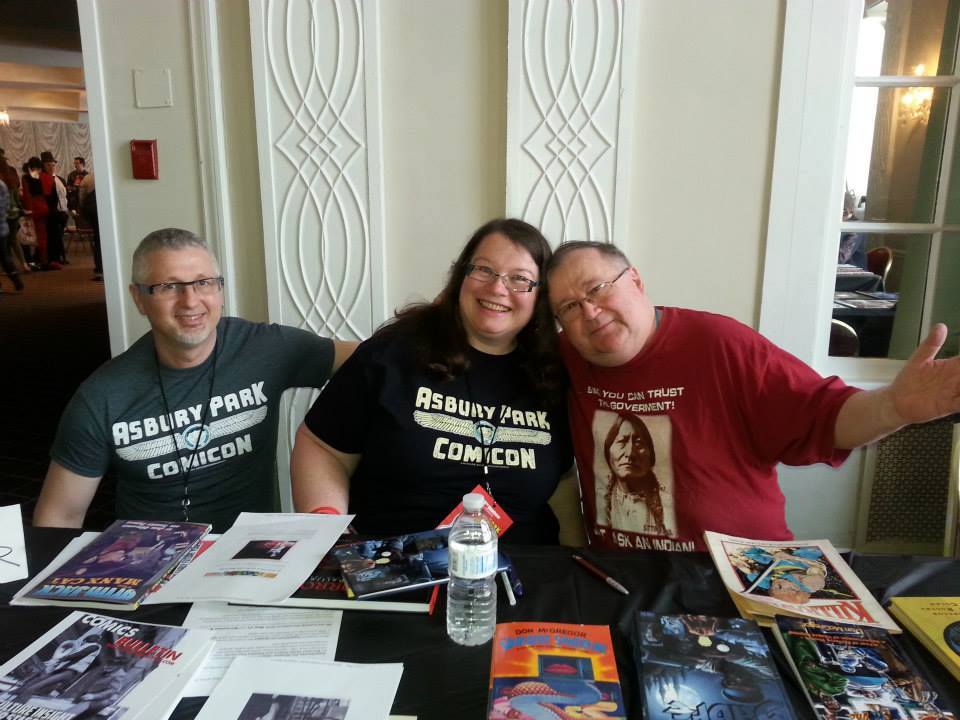 During that time frame when I first started to work at the hallowed halls of Marvel, a young guy came up to the waiting room with a portfolio. I had forgotten about this meeting, but the artist reminded me of it years later.

I was more or less a “go-fer” around the office, and when enthusiastic newcomers would breach the hallowed halls, I would be dispatched to send them off — or, if I thought the work had some merit, to let the art director take a glance. I did not, repeat not, have any power to hire artists, and I was not given a voice in who drew Jungle Action, Amazing Adventures, or any of the series I wrote at Marvel.

I liked this guy’s work. One could tell even this early in the game that he had something special, and that he was working at his craft, not just pretending he wanted to draw comics. You could see the hours of labor in telling a story in comics in inventive turns and design. You could see the intent and passion. I could not offer him any work for Marvel Comics. They rejected him at the time.

But I still had Denning and Rainier in my head, still wanted to find a way to write them, and I mentioned the idea to the artist, and that if some day I figured out a way to get it done, maybe we would talk.

Well, that never quite panned out, and we went our separate ways.

The artist’s name was Marshall Rogers.

NEXT WEEK: A struggle.