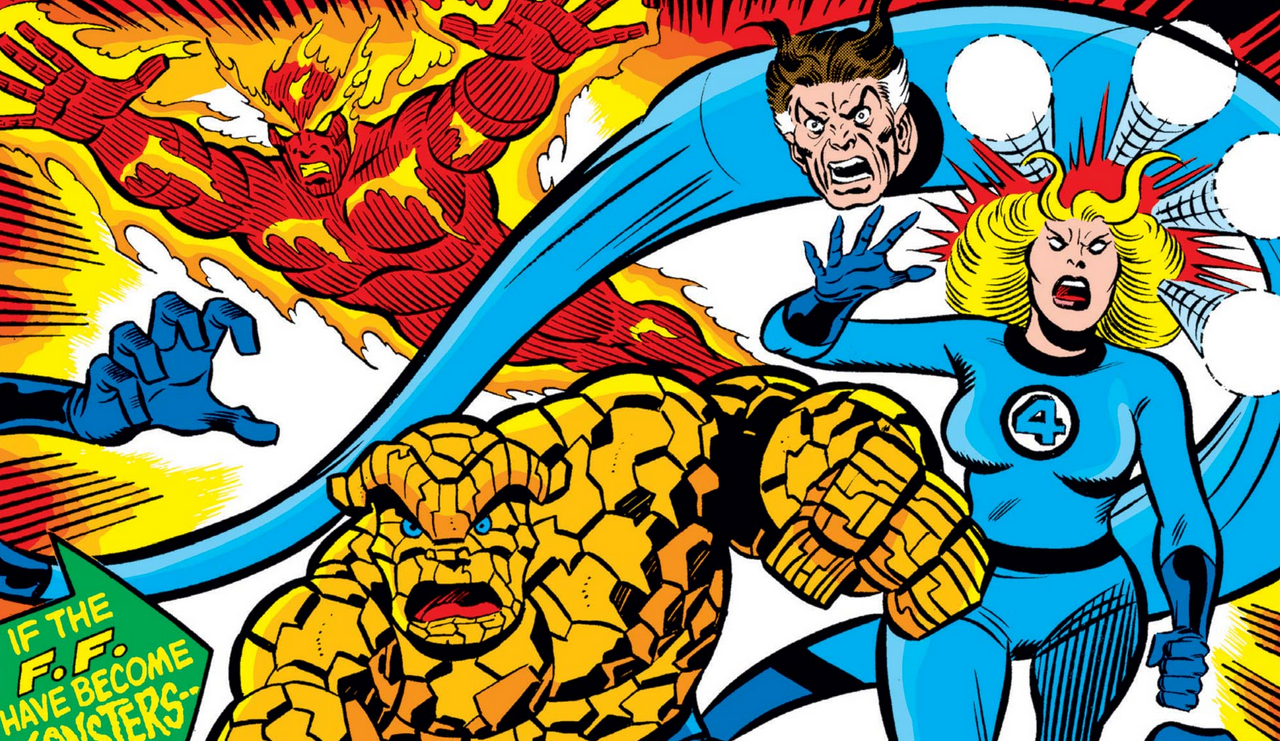 Now, I happen to think the first FF movie is kind of on the underrated side (don’t @ me) so let’s give the ever-squabbling team the 13 UNDERRATED COVERS treatment.

I made the time frame post-Kirby, so this is an all-Bronze Age showcase — not even including the King’s later work. So we’re talking Buscema, Byrne, Buckler, Romita and many more. Not that they’re underrated talents, of course.

Fantastic Four #122. I am fairly certain that this is the first FF issue I ever saw. Either way, I like that a cosmic being like Galactus is making a stop in Coney Island. 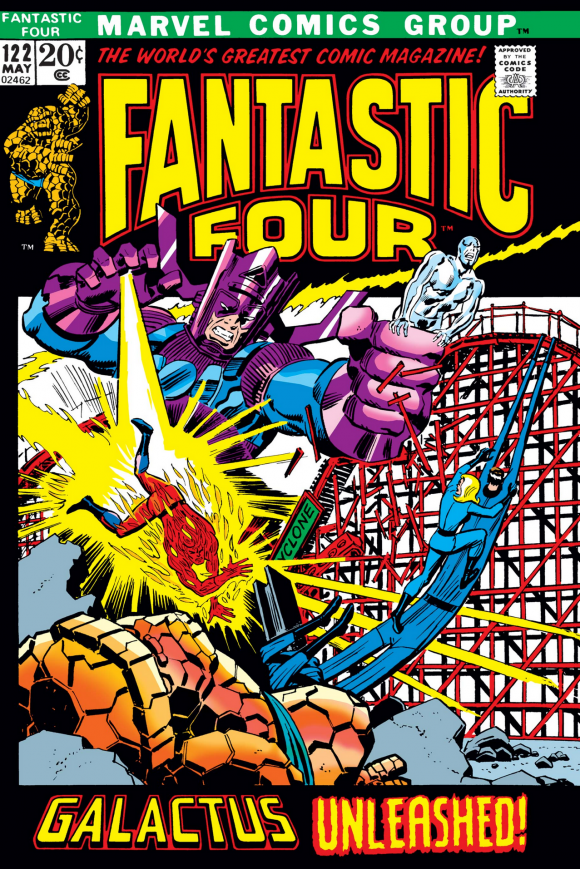 Fantastic Four #124. Or maybe this was the first one I saw. Pretty straightforward action but WHY? WHY? WHY HAS HE CAPTURED SUE STORM? 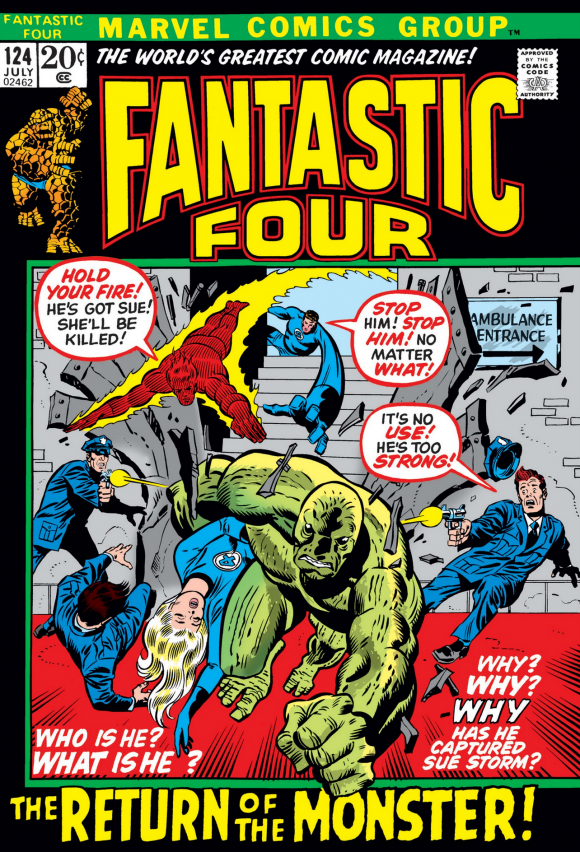 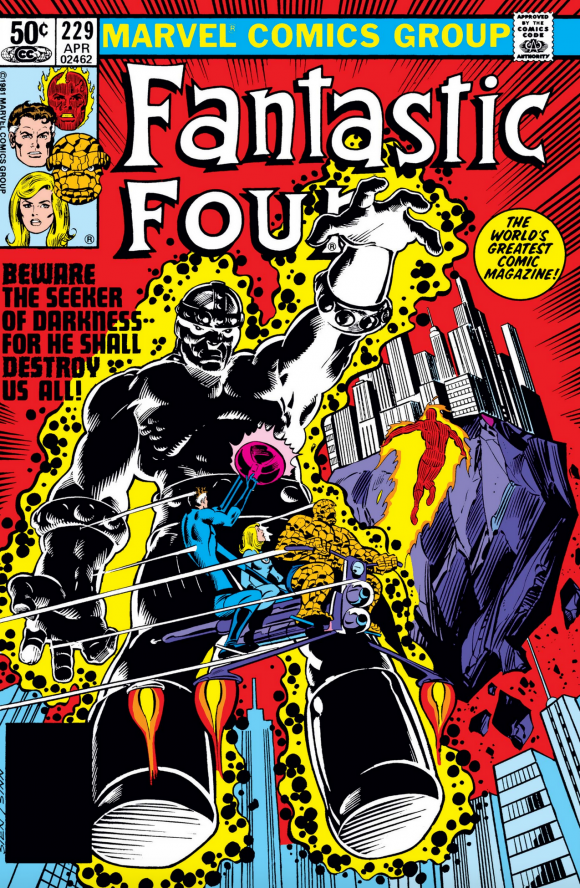 Fantastic Four #186. George Perez wasn’t quite George Perez yet but his fetish for jamming as many characters on a cover as he could is front and center. This one goes to 11. 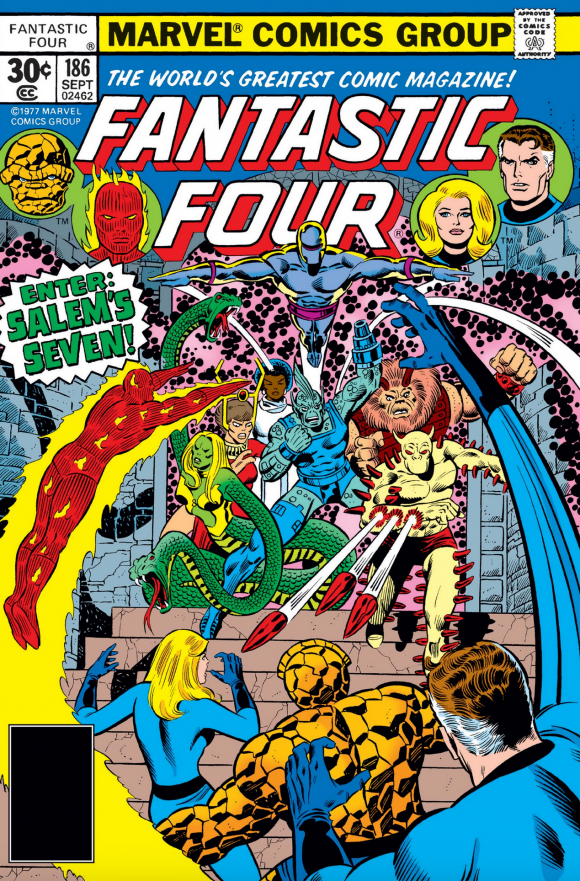 Fantastic Four #203. You know how to tell they’re monsters now? They all got horns! Horns of hair! Horns of flame! Horns of stone! Horns! 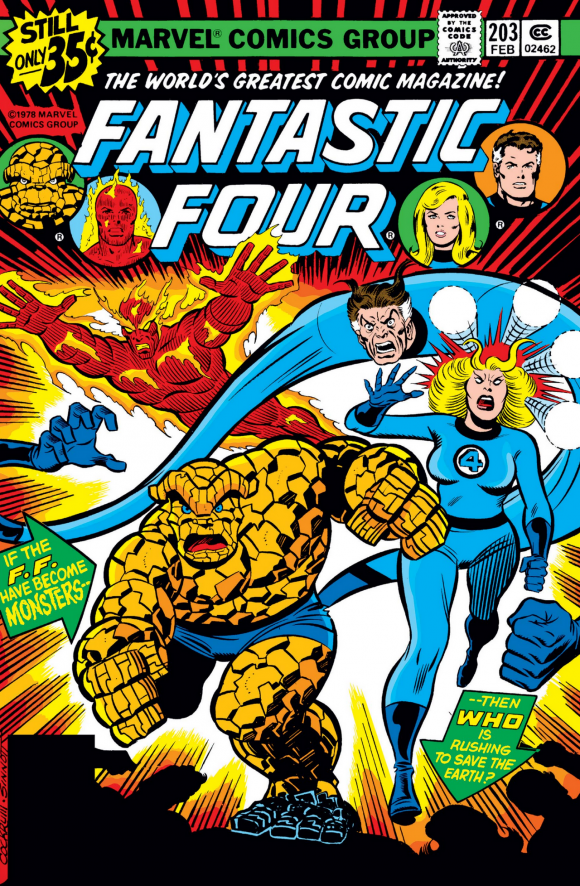 Fantastic Four #110. Look at all those Reeds! The company’s early ’70s covers were especially busy and there’s so much going on here, it’s sheer Marvel magic! And check out the Thing’s “Hawwwnh?” expression, breaking the Fantastic Fourth Wall. 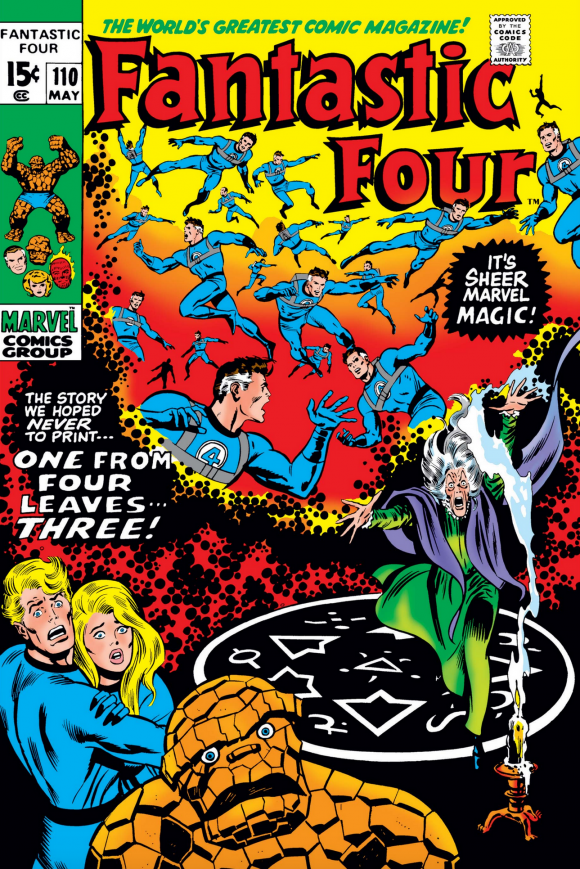 Fantastic Four #198. No list would be complete without a Doctor Doom-clutching-the-air pose. Fantastic Four #152. I liked it when Johnny had a red suit. He should have kept that. 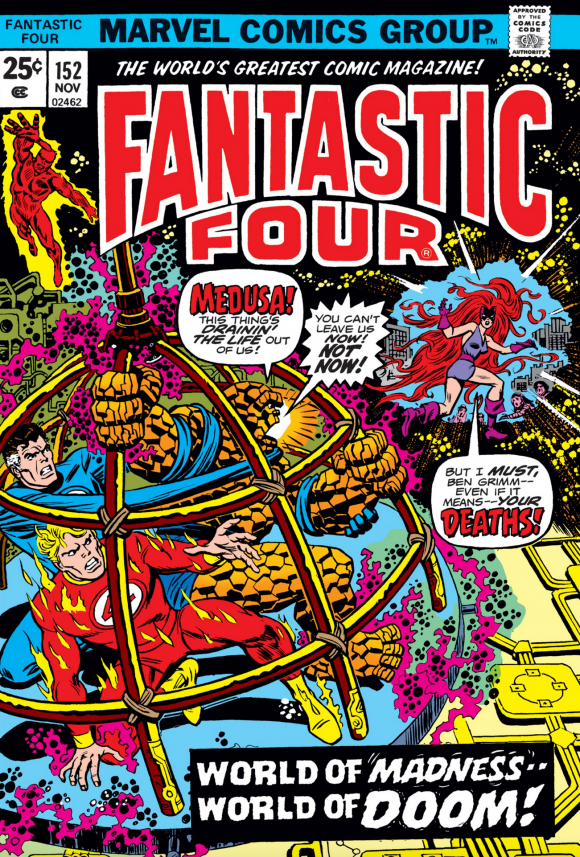 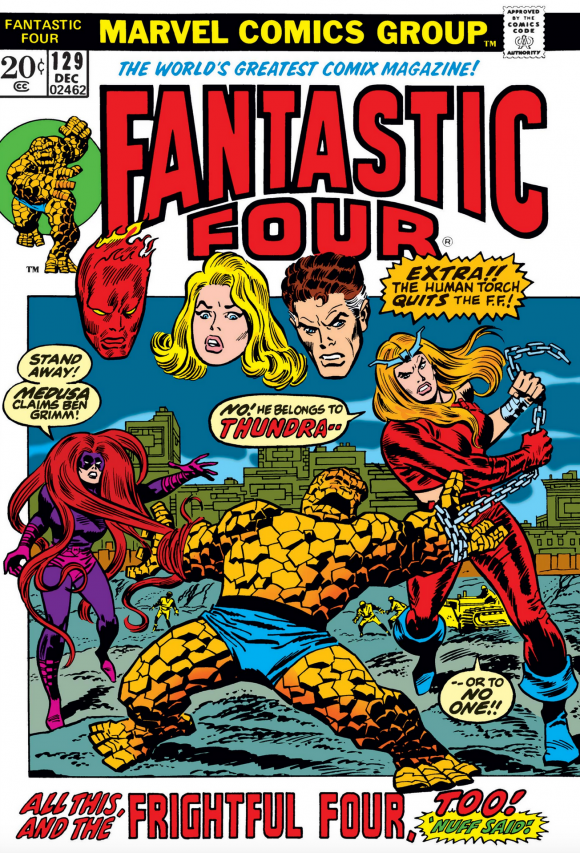 Fantastic Four #106. It must have been so tempting to do covers like these, with the FF each in their own vignette, that I’m surprised there aren’t more. But John Romita uses the space wisely and gives each panel a gripping reason to open the book. Which is the whole point. 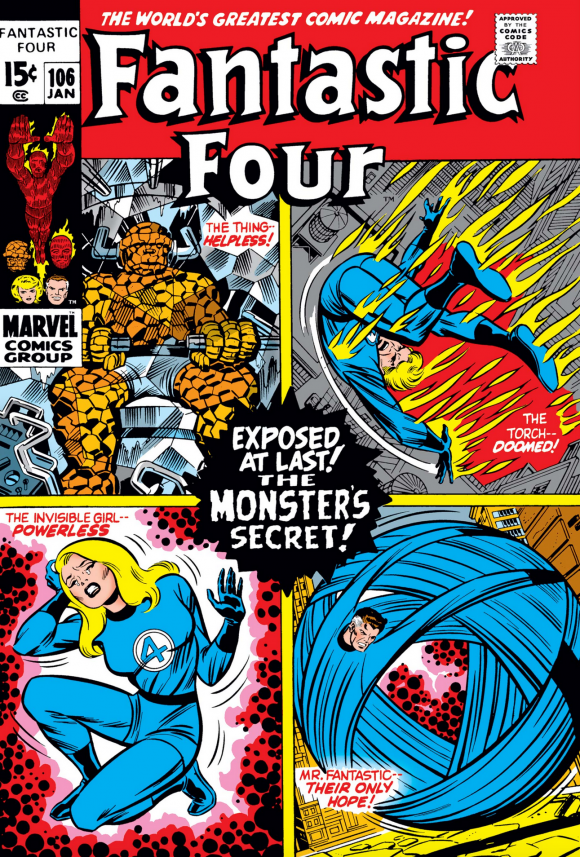 Fantastic Four #210. I love Galactus’ attitude here. It’s like he’s thinking, “I wish those four, tiny fools would get here already so we can start.” Plus, more floating heads! 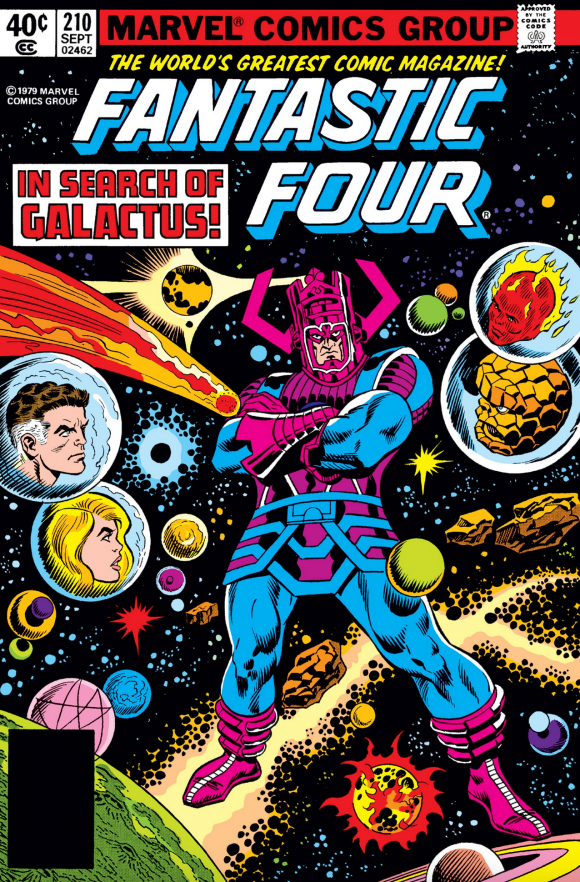 Fantastic Four #159. I’m not really sure this qualifies as an underrated cover because it’s a classic tableau. And Black Bolt makes every cover great. But I’m including it pretty much because I feel like it. 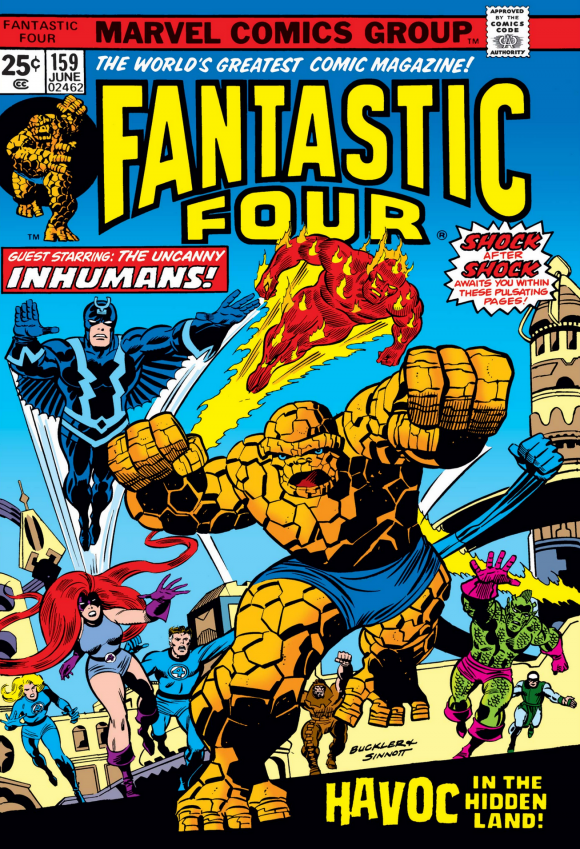 Fantastic Four #238. Also not really an underrated cover, but so be it. I remember this came out when all anyone at my comics stand could talk about was Doctor Doom and how he was the greatest villain in comics and nobody could hold a candle to him and he was awesome and whatnot. That Marvel had the stones to make fun of his saturation is what made Marvel Marvel. 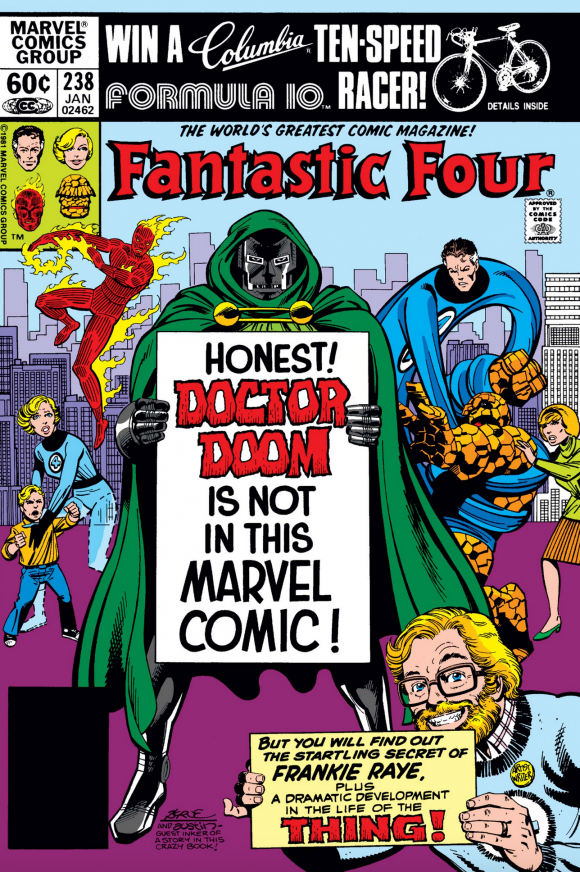