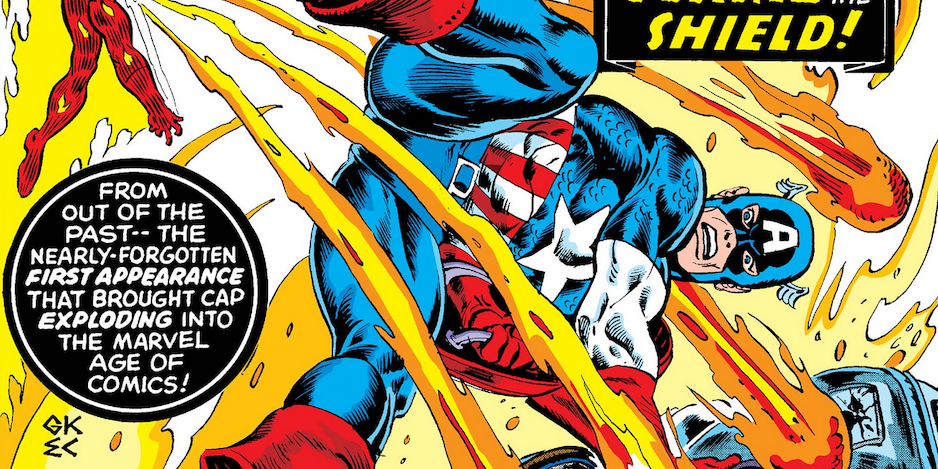 So this has been fun. We’ve been posting 13 UNDERRATED COVERS galleries and you cool folks have been into it. Last week, it was 13 UNDERRATED ACTION COMICS COVERS. (Click here. Mucho fun.)

We’ll get to 13 UNDERRATED SUPERMAN COVERS soon enough, but I wanted to jump over to Marvel first, so dig these 13 UNDERRATED CAPTAIN AMERICA COVERS.

Captain America #303. No list would be complete without a vaguely silly Batroc cover. Dig Cap’s cool. 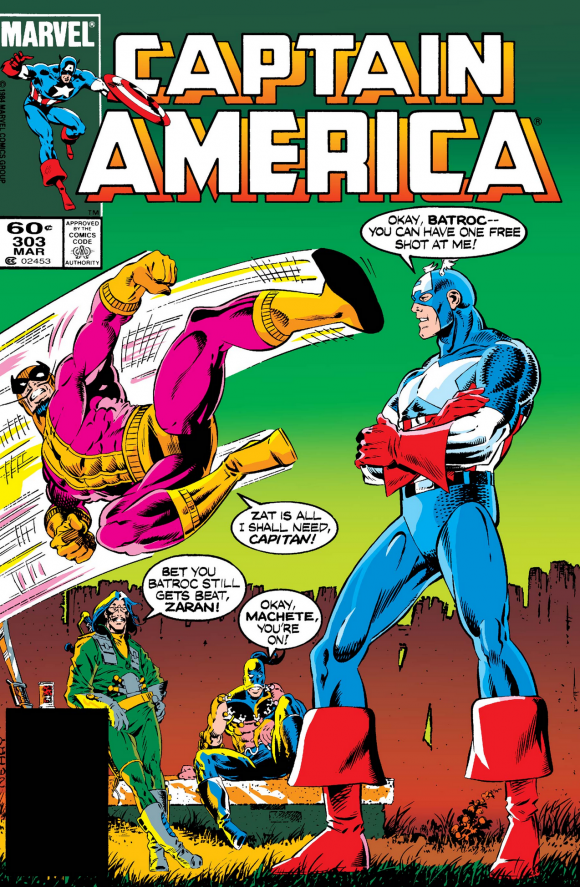 Captain America #179. One of my first Cap comics. I was totally confused by Steve Rogers quitting being Cap, but hey I was just a kid. 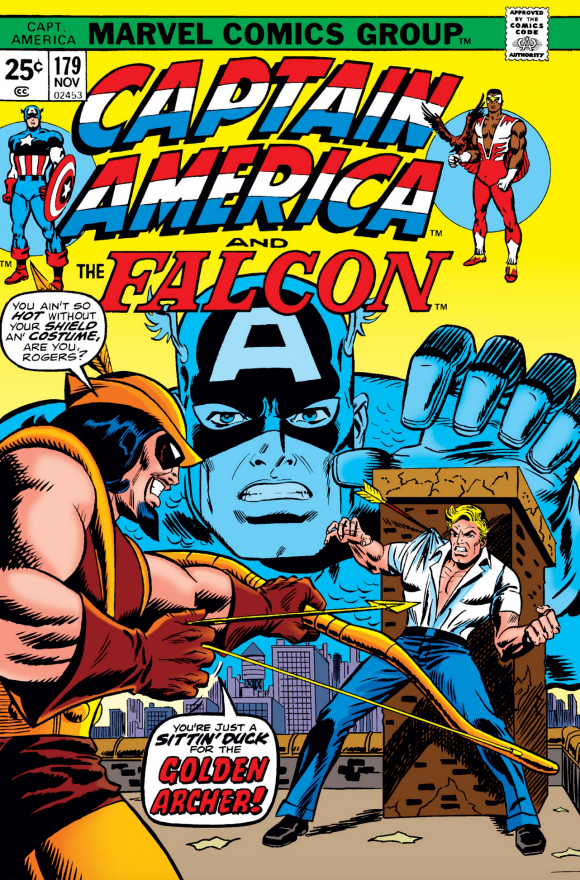 Captain America #311. Doesn’t Awesome Android kind of look like a novelty toy, like a Stretch Armstrong type of thing? Not exactly the most fearsome villain but Cap’s doing his best. 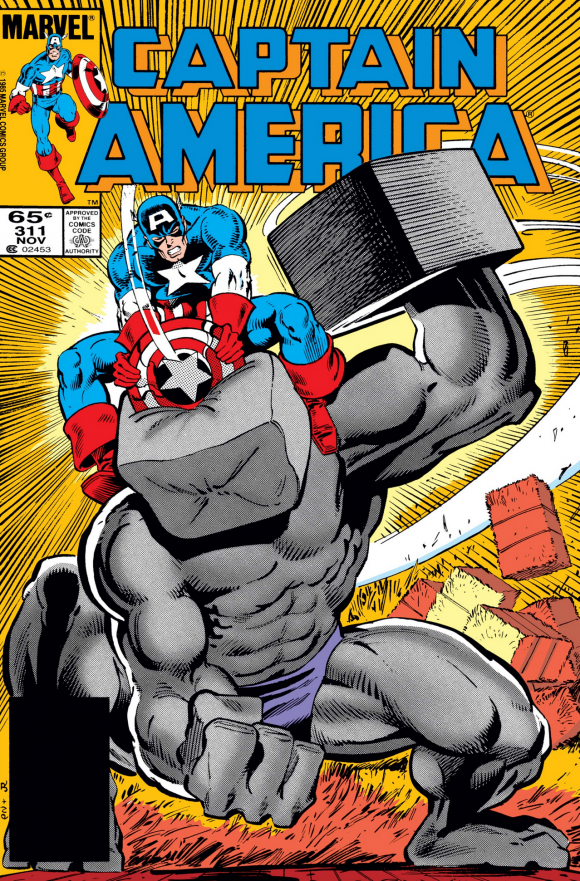 Captain America #274. A perfectly fine showdown cover elevated by the red and gold Kirby Krackle, which substantially increases the danger. 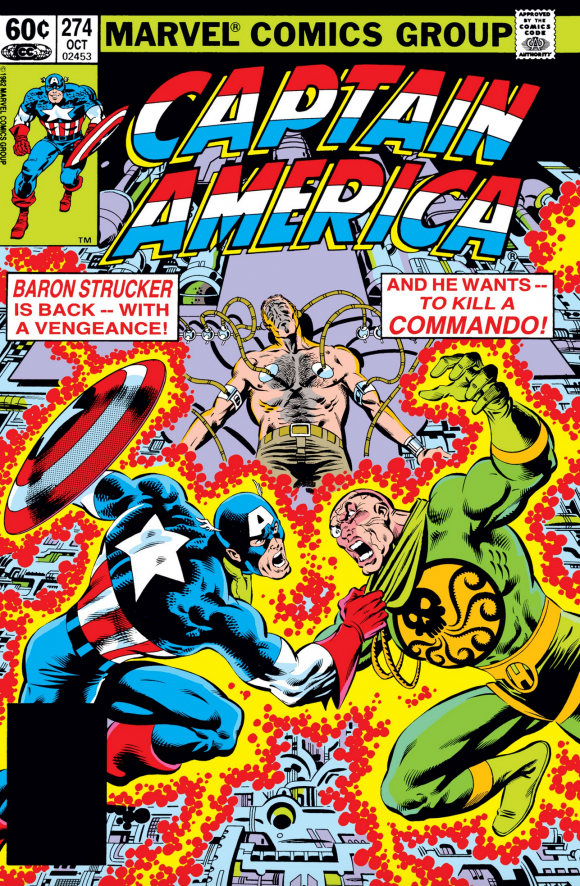 Captain America #216. I dig Cap covers that show off his acrobatic ability, as opposed to just his brute strength. I’m not sure he really could dodge the Human Torch’s fireballs like that, but penciller Gil Kane is just the artist to sell it. 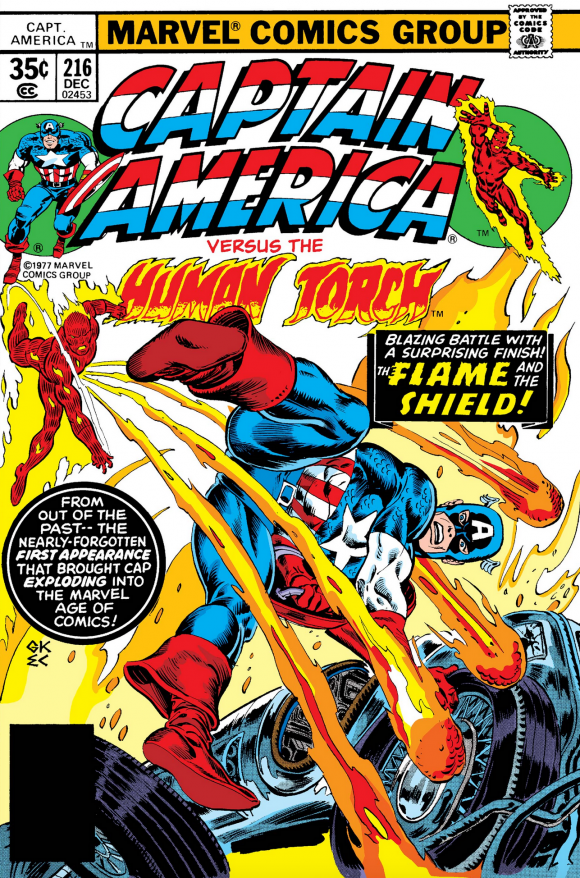 Captain America #210. A psuedo-floating heads cover, which = bonus points. I don’t know what the hell happened to the Red Skull but it’s damn scary. 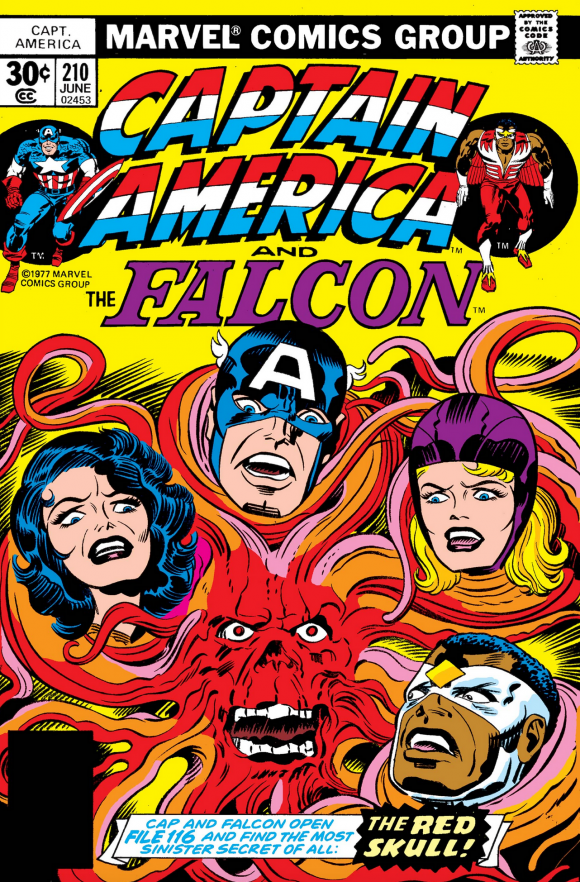 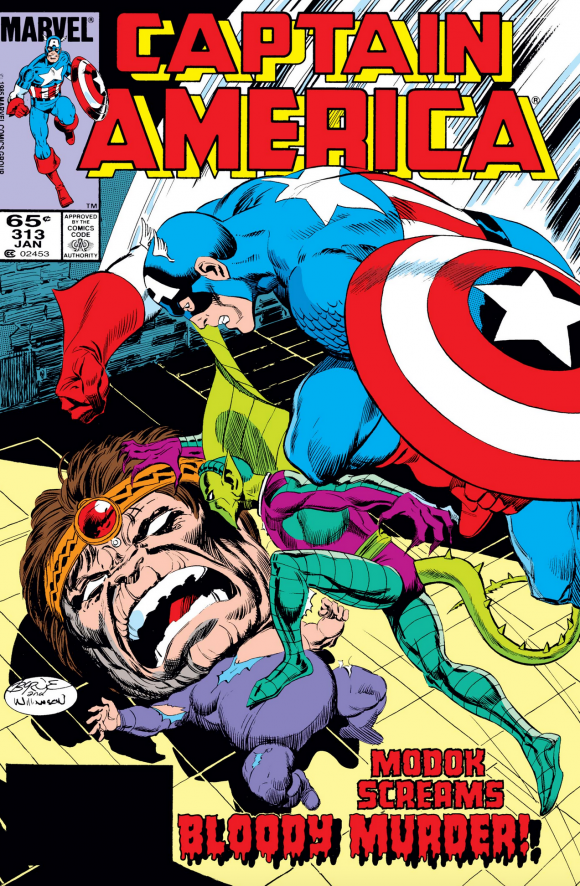 Captain America #238. Not your typical Cap cover but I groove to it. Hey, where’s the Falcon when you need him? 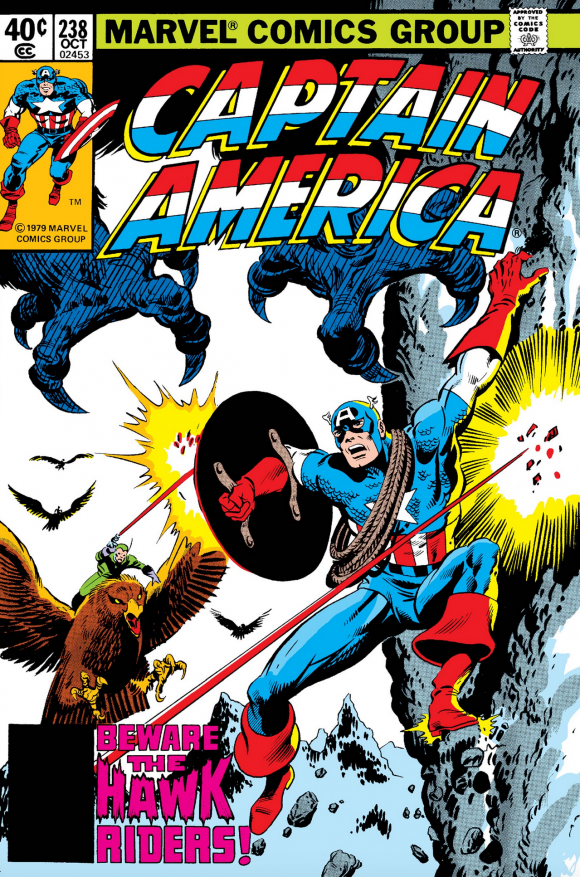 Captain America #116. “Calgon, take me away!” The frazzled hero screaming to the heavens is a well-worn trope, but naturally an artist like Gene Colan can pull it off like gangbusters. 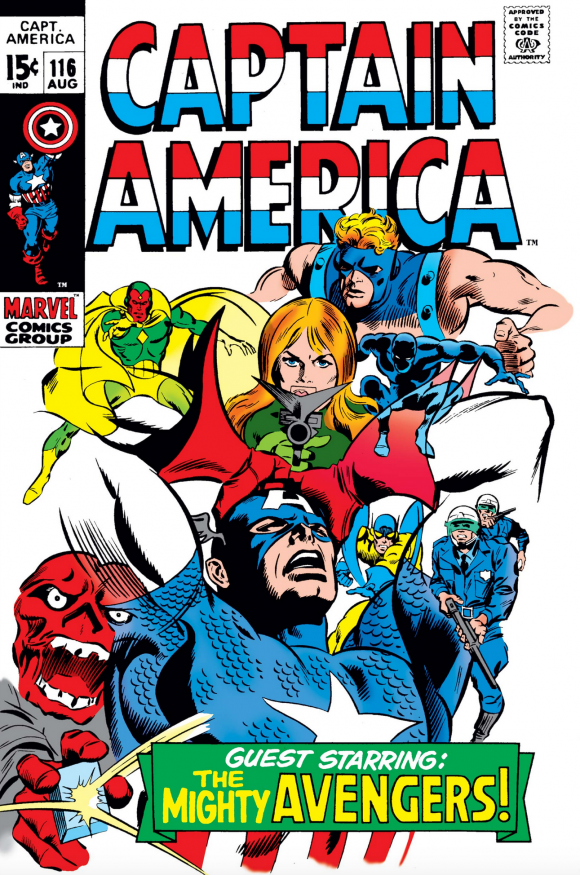 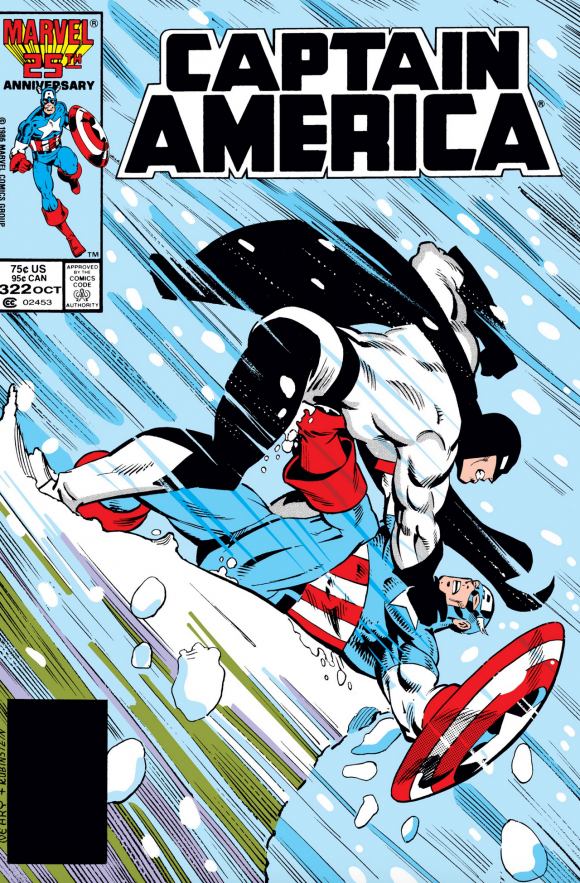 Captain America #201. Comics Cover Cliche #347: oversize heroes (or villains) looming over the action. But I dig the perspective, Falcon’s more dominant role — and what look like refugees from Apokolips. Great, exaggerated shadows on the walls, too. 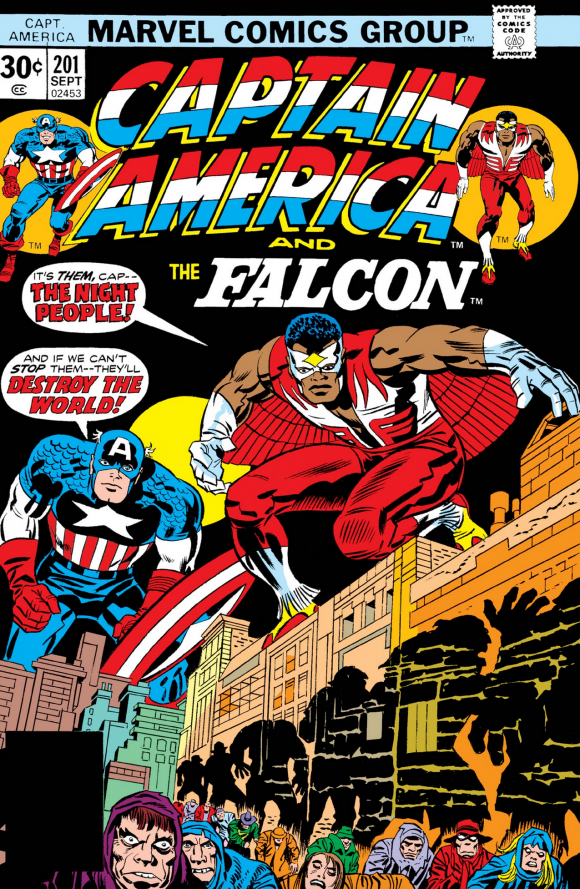 Captain America #147. Great Gil Kane framing and dynamism, with text that’s both unobtrusive and dramatic. I kinda like the title banner too. 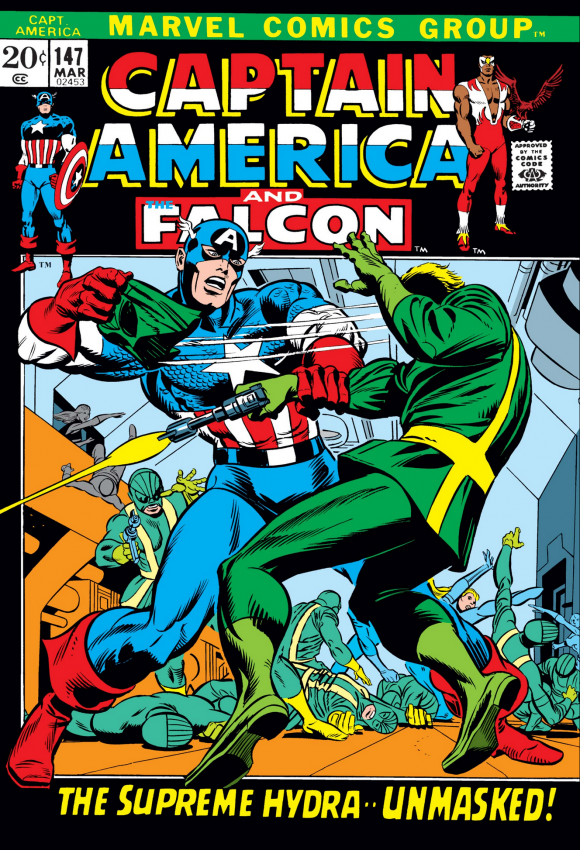 Captain America #314. Hands down, my favorite of the bunch. Why? Because it’s a full-on tribute to Batman and his old-school adventures with oversized props. 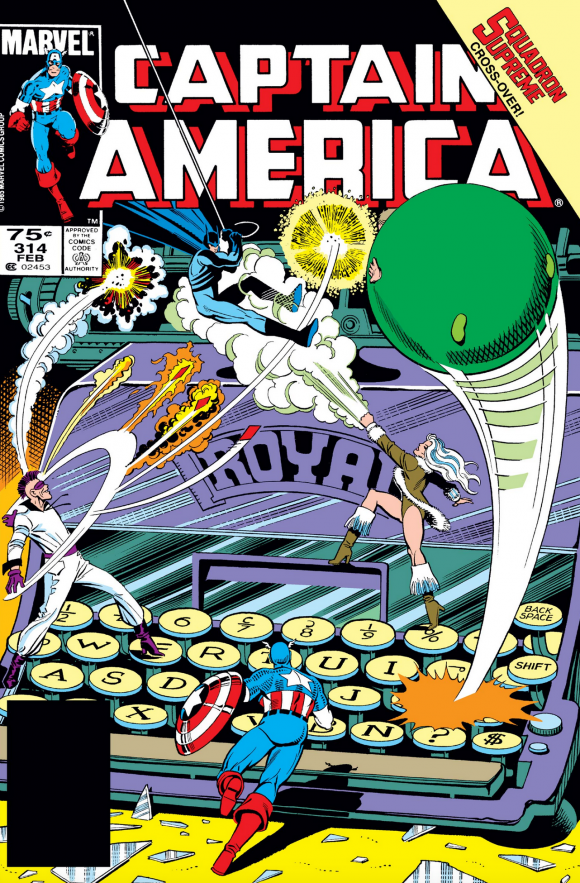 Either John Byrne pencils and Dennis Janke inks. Or Paul Neary on both. Comics.org isn’t sure.