13 TIMES Creators Appeared as Themselves in Comics

Home » COMICS HISTORY » 13 TIMES Creators Appeared as Themselves in Comics

Hey, we’re all the stars of our own stories… 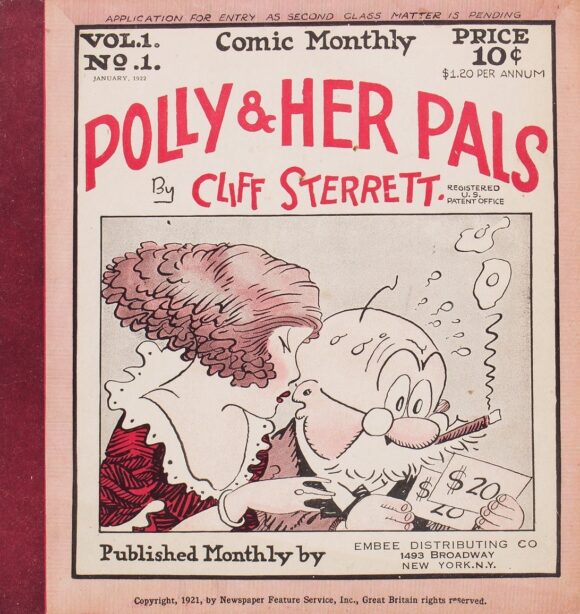 It was in 1922 that the first monthly comic book – aptly called Comic Monthly – was published (see above). To honor that, before this 100-year mark passes, here is a tribute to comic professionals everywhere with a look at 13 times they appeared in their stories: 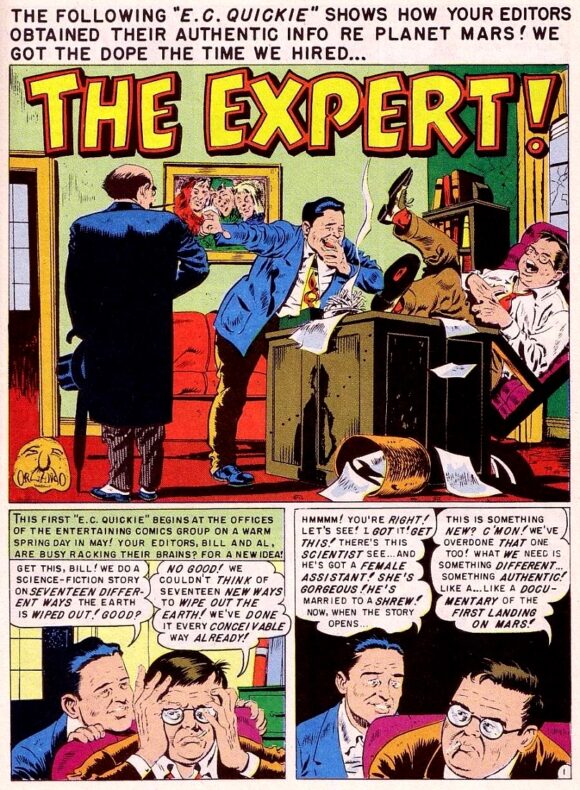 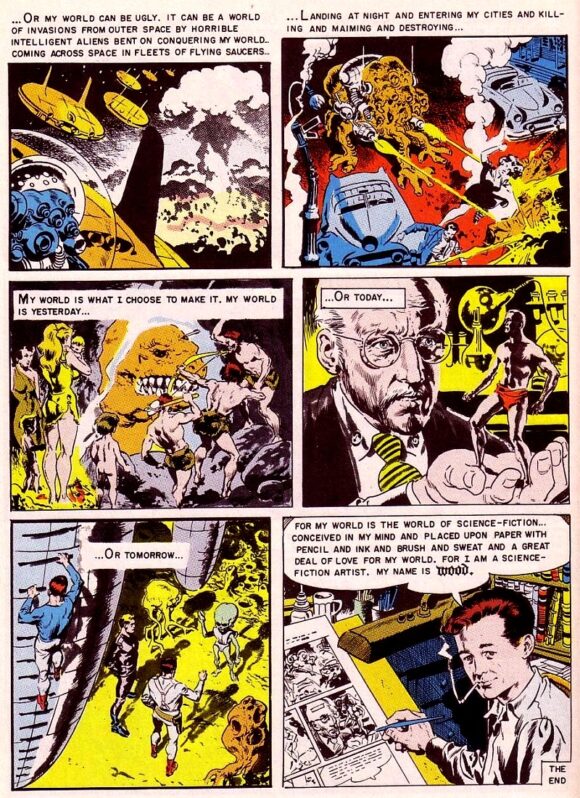 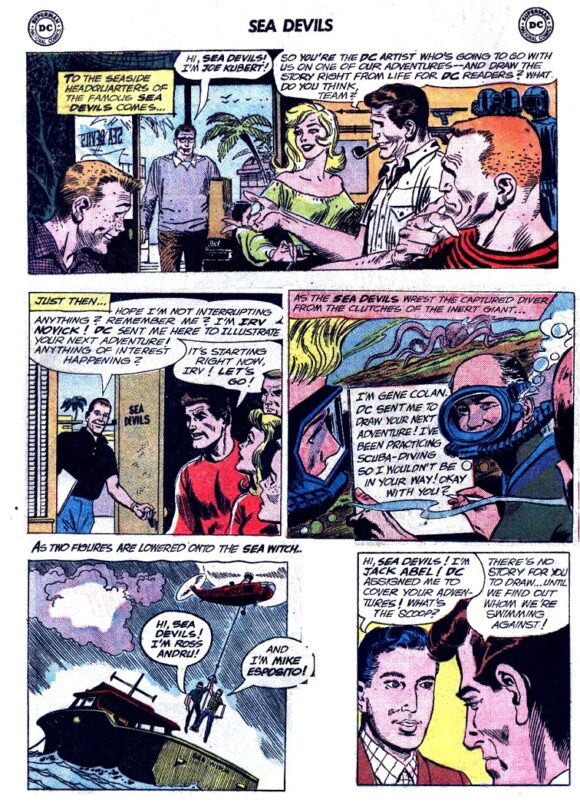 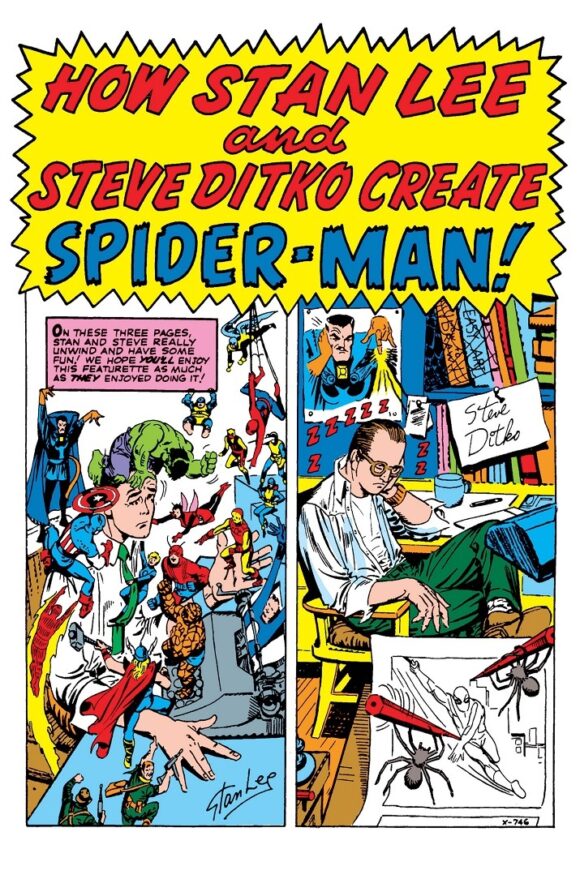 John Broome – Detective Comics #343 (Sept. 1965, DC), “The Secret War of Phantom General.” The mid-1960s were definitely a time when DC tried to connect with readers in the same way that Marvel had. Writer Broome appeared a few times in this story as a sort-of narrator. Pencils by Carmine Infantino, inks by Joe Giella. 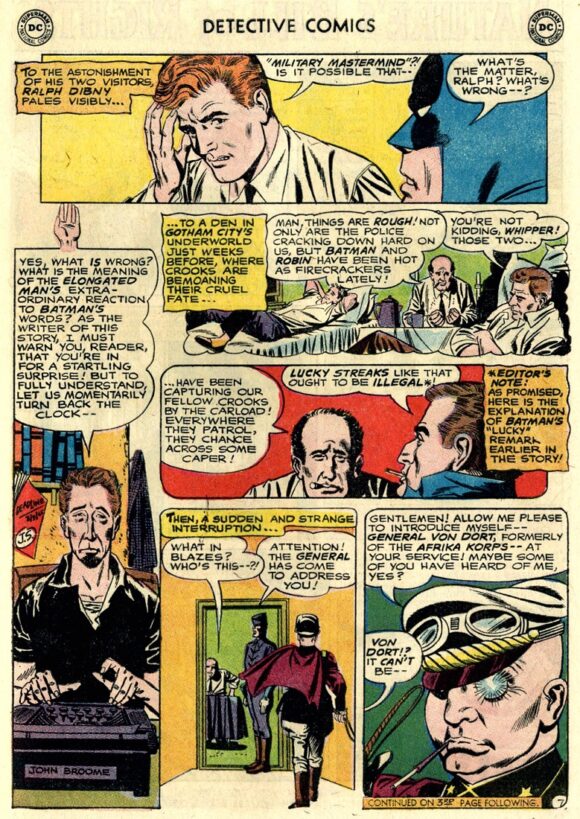 Robert Kanigher, Andru & Esposito – Wonder Woman #158 (Nov. 1965, DC), “The End – or the Beginning!” A funny story in which the Silver Age characters, both good and evil, of the Wonder Woman canon were panicked because the killer with the yellow bow tie was planning to destroy them. And he did so! The killer was editor/writer Robert Kanigher who was taking the comic book back to its Golden Age roots. Pencil art by Ross Andru, inks by Mike Esposito. 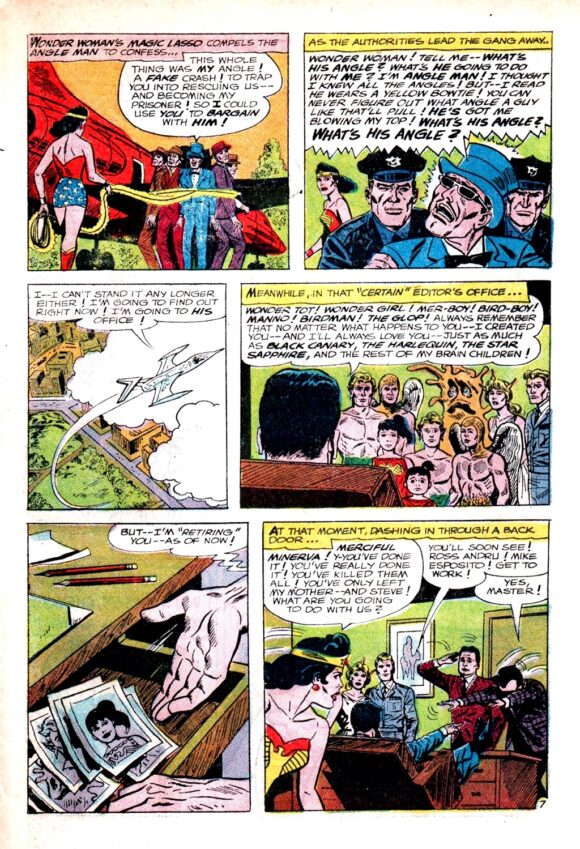 Gardner Fox – Detective Comics #347 (Jan. 1966, DC), “The Strange Death of Batman!” Like the Broome appearance above, one of DC’s best writers imagined a different ending to the story he already told. Pencils by Infantino, inks by Giella. 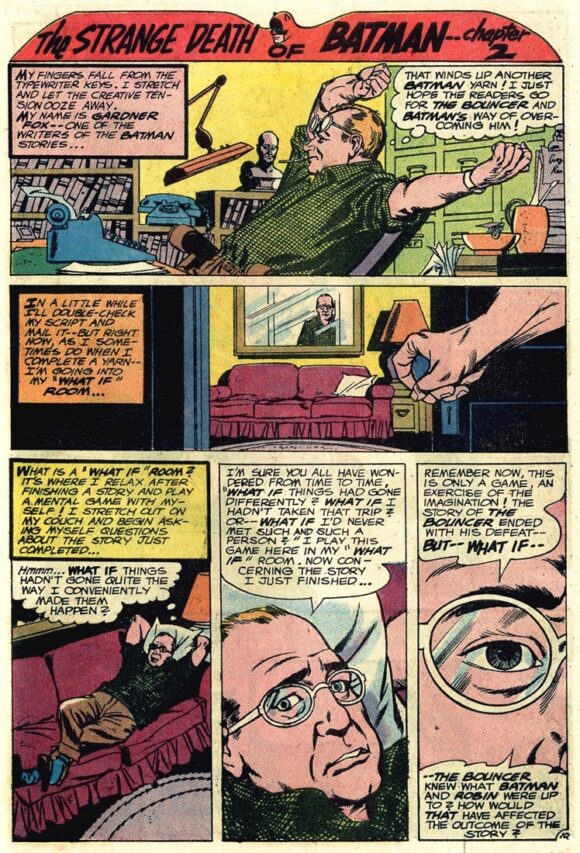 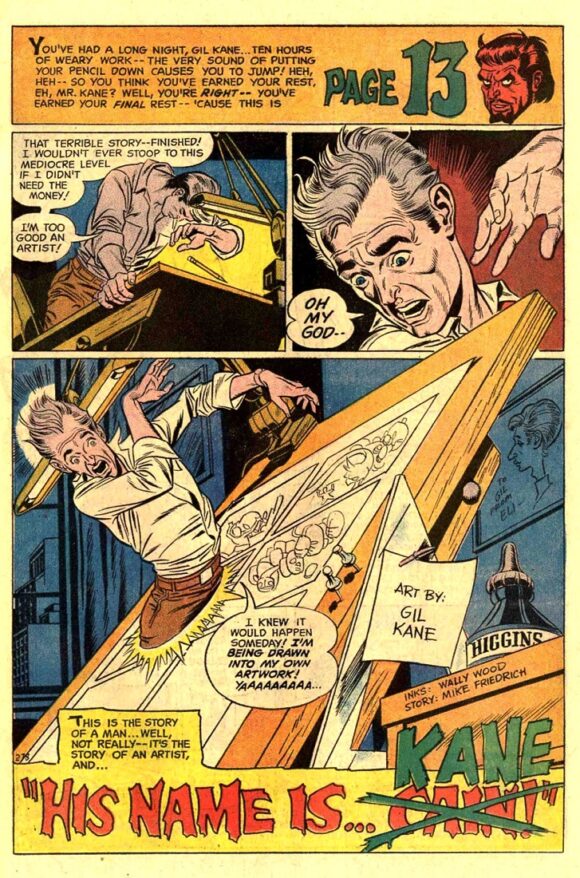 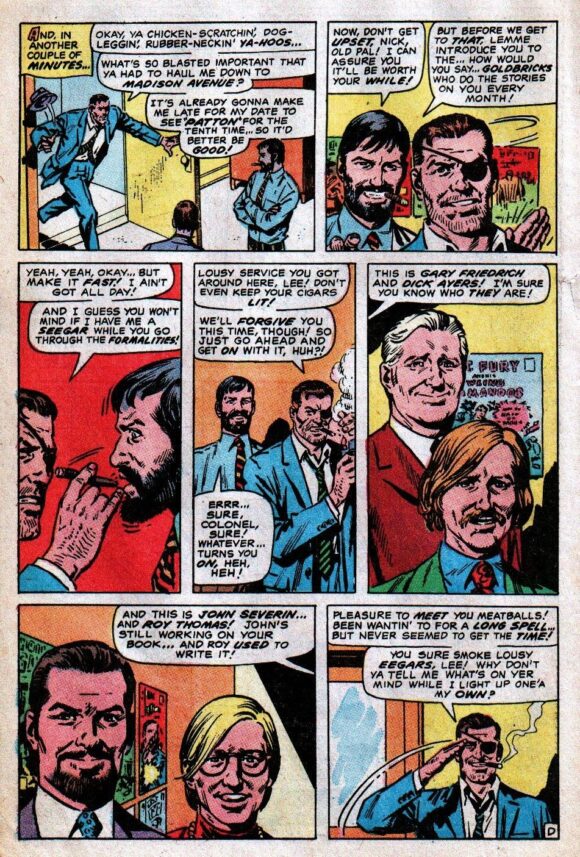 Jim Aparo – The Brave and the Bold #124 (Jan.1976, DC), “Small War of the Super Rifles.” Terrorists threaten to kill Aparo if he doesn’t draw Sgt. Rock and Batman being killed. Writer Bob Haney and editor Murray Boltinoff also appeared in this story. Cover by Aparo. 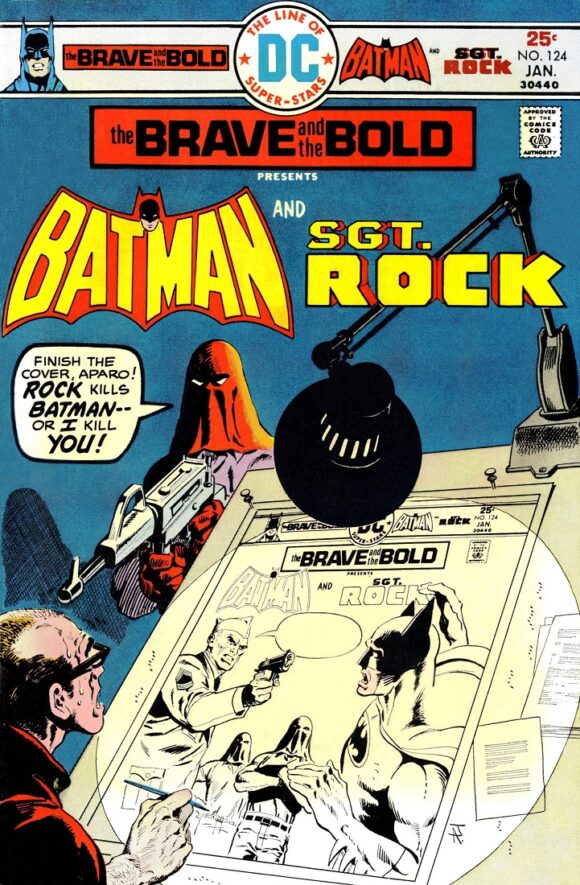 Stan Lee, Sol Brodsky, Jack Kirby and Flo Steinberg – What If? #11 (Oct. 1978, Marvel) – “What If the Fantastic Four Were the Original Marvel Bullpen?” Yes, this is the third time Stan Lee has been portrayed on this list. (And this doesn’t cover all of his appearances.) Whenever there was a story within a Marvel comic about the staff, Stan always seemed to be the star. Curt Swan – Superman Annual #9 (1983, DC) – “I Flew with Superman!” An affectionate tale of the artist getting to spend time with the character he drew for decades. He was also given the original artwork for this cover drawn by Dick Giordano, signed by Gil Kane, Ray Bradbury, Jack Kirby, Jerry Siegel, Curt Swan, and so many more!