13 REASONS They Said Roleplaying Games Were Dangerous — and Why They Were Right(?)

Home » PREVIEWS » 13 REASONS They Said Roleplaying Games Were Dangerous — and Why They Were Right(?) 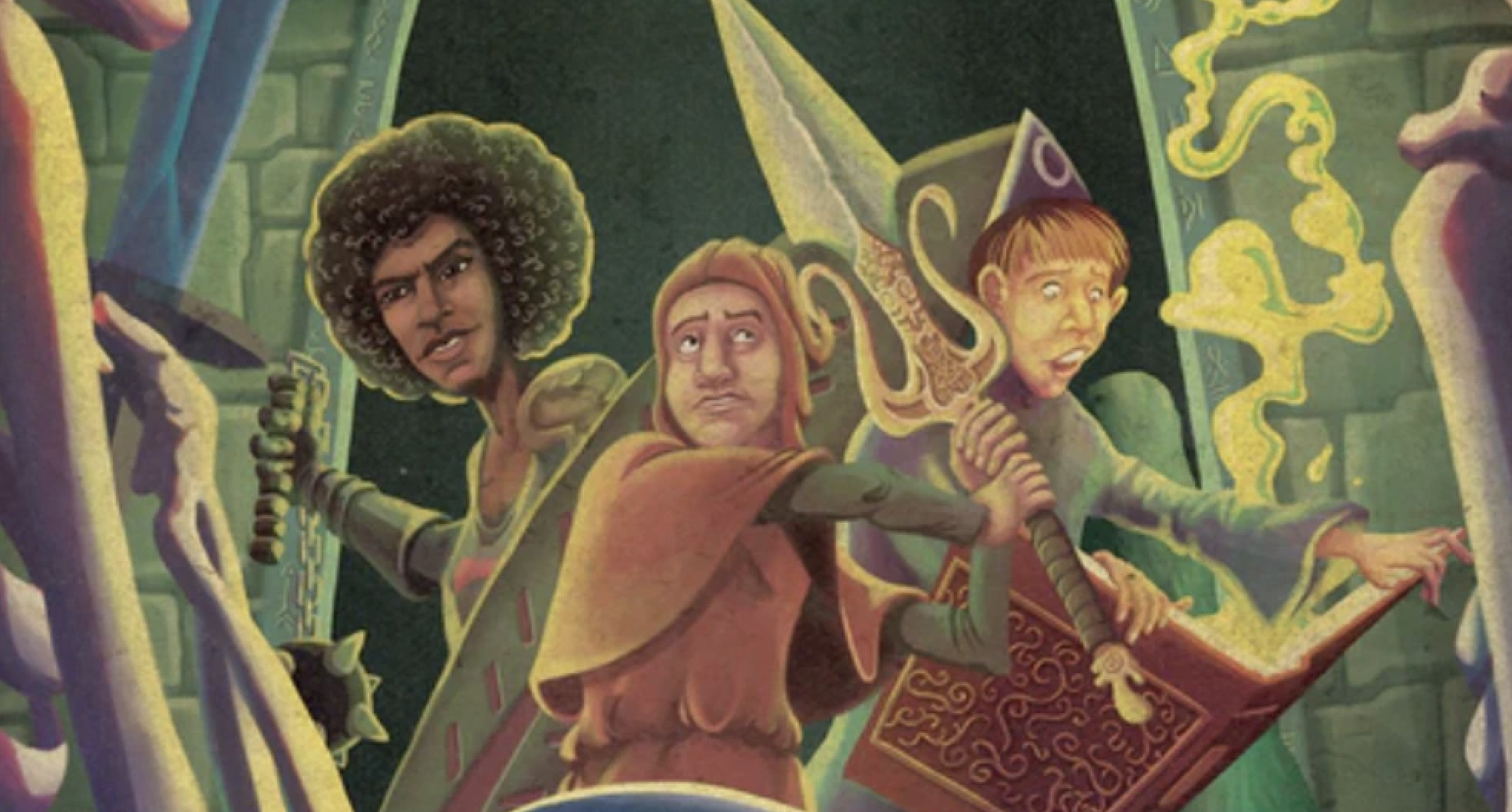 Roleplaying games have been around for decades — and a lot longer than that if you include playing cops and robbers in the backyard. They’ve inspired films, books, video games and, naturally, comic books.

And for about as long, they’ve been dogged by unfounded fears that they lead to all sorts of dark doings and catastrophic corruption. 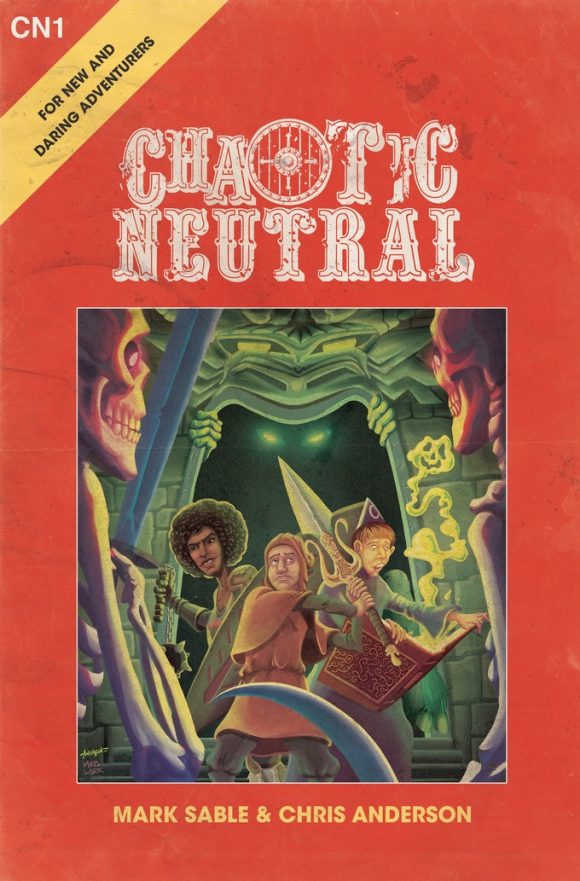 Not just that, the project includes an official Chaotic Neutral Adventure Module that you can play using most classic fantasy games.

Comics creator Ryan Browne has produced an all-new, Chick Tracts-styled comic with a very specific message: Comic books and RPGs will ruin your life! And artists Max Dunbar, Jeremy Haun, Maan House, Jeff Johnson, Tom Neely, Dan Panosian, Jim Rugg, Tim Seeley and Kyle Strahm have created Chaotic Neutral: Monster Trading Cards. This uncut sheet will feature one side with art, while the other will contain stats for a campaign. 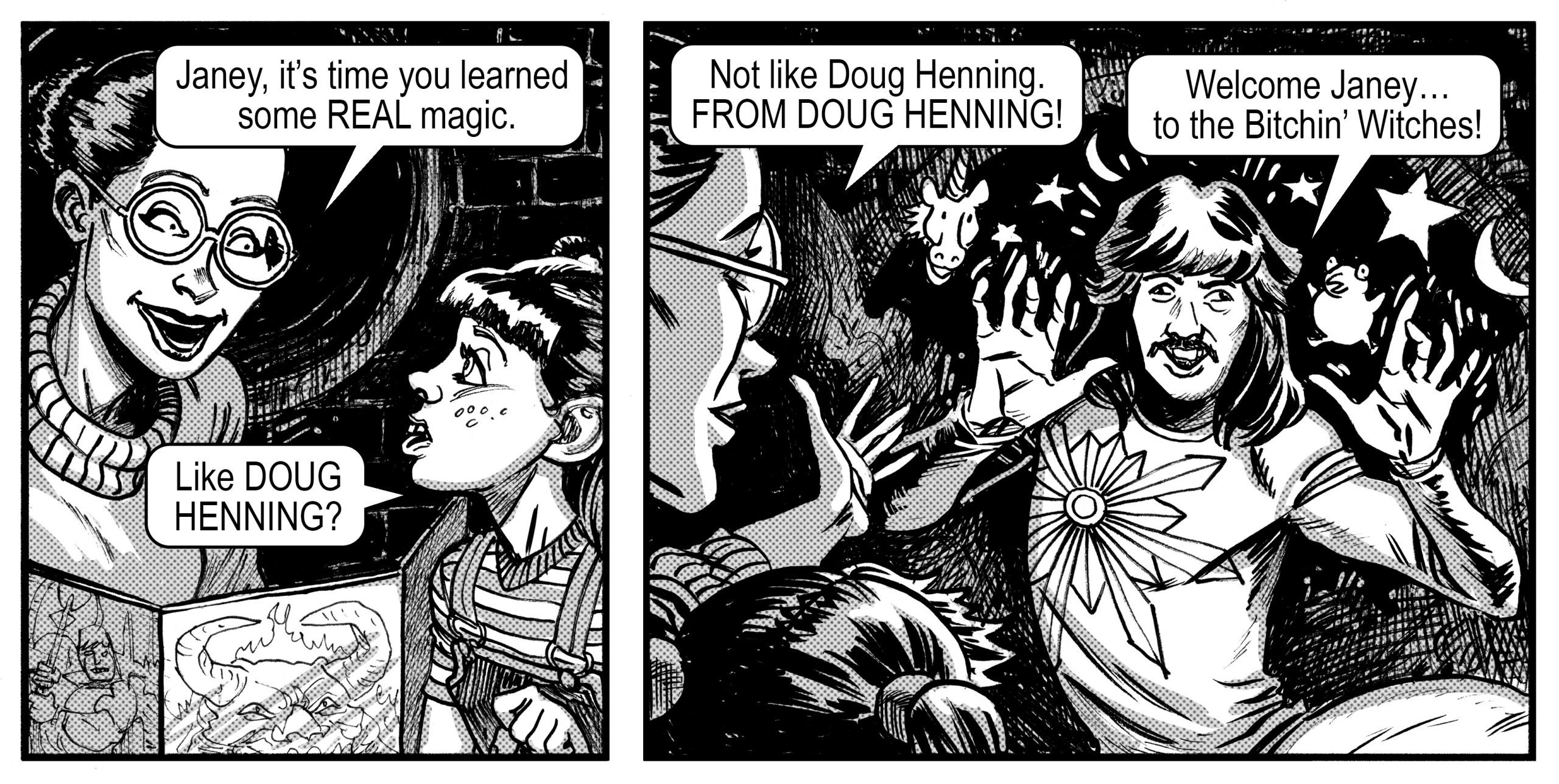 That’s a lot for your gold pieces right there! Anyway, click here to check out more about the campaign. But before you do, dig this piece by Sable — 13 REASONS THEY SAID ROLEPLAYING GAMES WERE DANGEROUS — AND WHY THEY WERE RIGHT(?), along with a SNEAK PEEK at art from this groovy project. 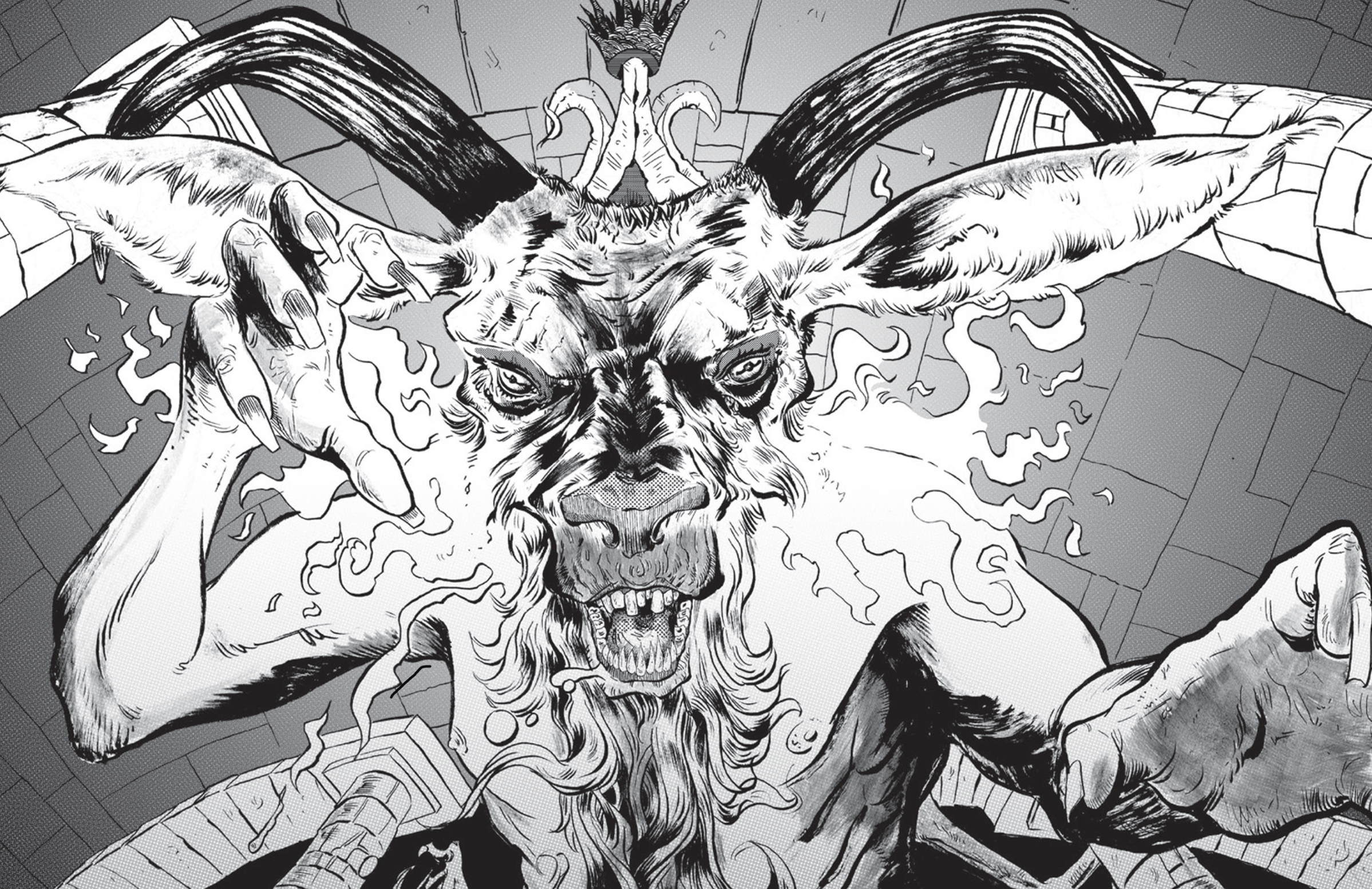 In what was known as the “Satanic Panic,” religious groups in the 1980s tried to scare parents into thinking Dungeons & Dragons and other fantasy roleplaying games were dangerous for their kids.

But what if they were right?

Here are 13 reasons fantasy role playing games – and comics like Chaotic Neutral that are inspired by them – are too dangerous for you and your loved ones!

1. Role Players Get Too Immersed In Their Characters! Just like dressing up for Halloween, or acting in a school play, role-playing games have you pretending to be someone else. But unless you are a trained method actor, that can go too far. Who can forget the stories of kids playing dwarves… and literally refusing to grow up! 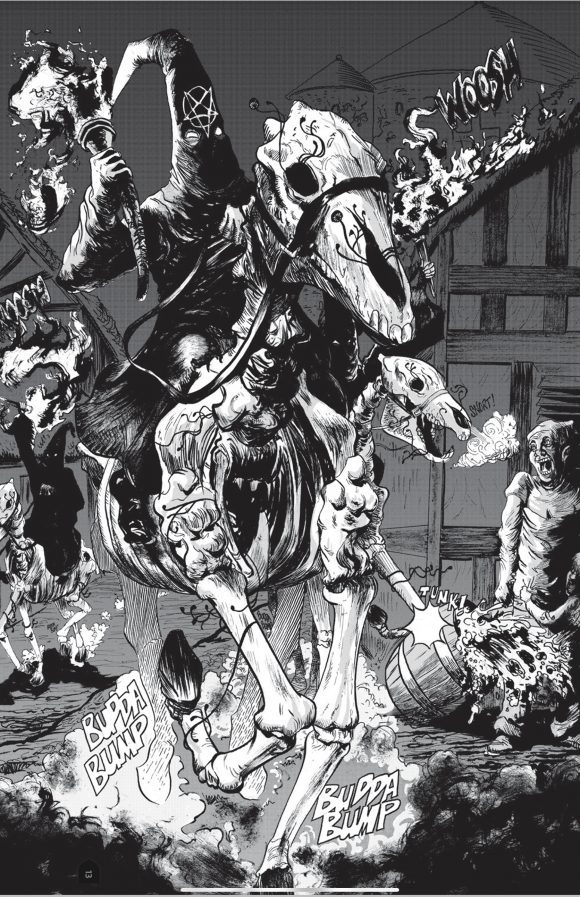 2. Role Players Can No Longer Distinguish Fantasy From Reality! In 1982, a young Tom Hanks starred in Mazes and Monsters, a made-for-TV movie where his teenage character becomes so obsessed with a role-playing game he can no longer tell the difference between the game and the real world. Fantasy role-playing games depict a world where armed adventurers steal wealth from those of other races. Imagine if someone were to mistake that for the fair and just world we live in? 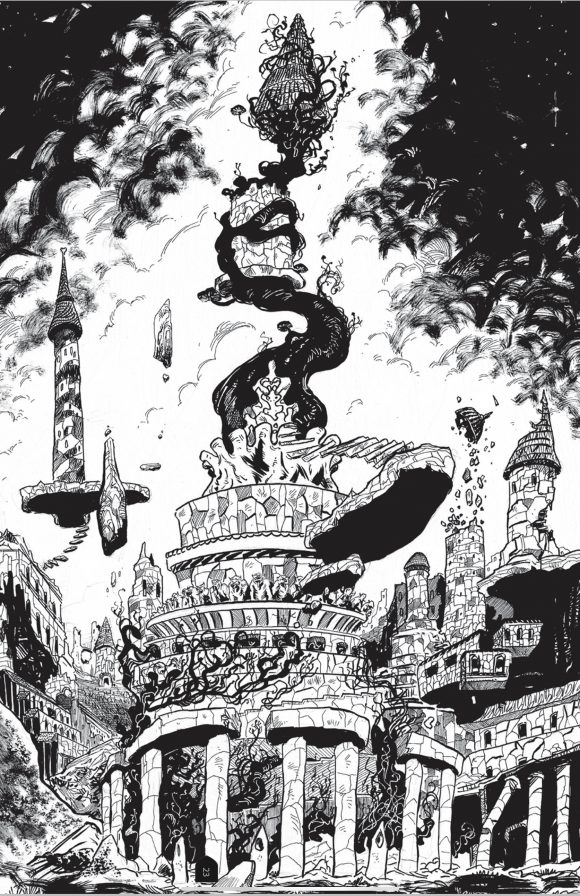 3. Fantasy Role Playing Games Deal With Real Demons! Early versions of D&D featured stats for real demons such Asmodeus, Beelzebub and even Satan himself! But when the second edition of D&D came out in 1989, all such references were removed by their then publisher, TSR. Why else would a successful company do this unless they feared the power of such dark beings?  On the other hand, maybe they knew that the greatest trick the devil ever pulled was convincing the world he didn’t exist… 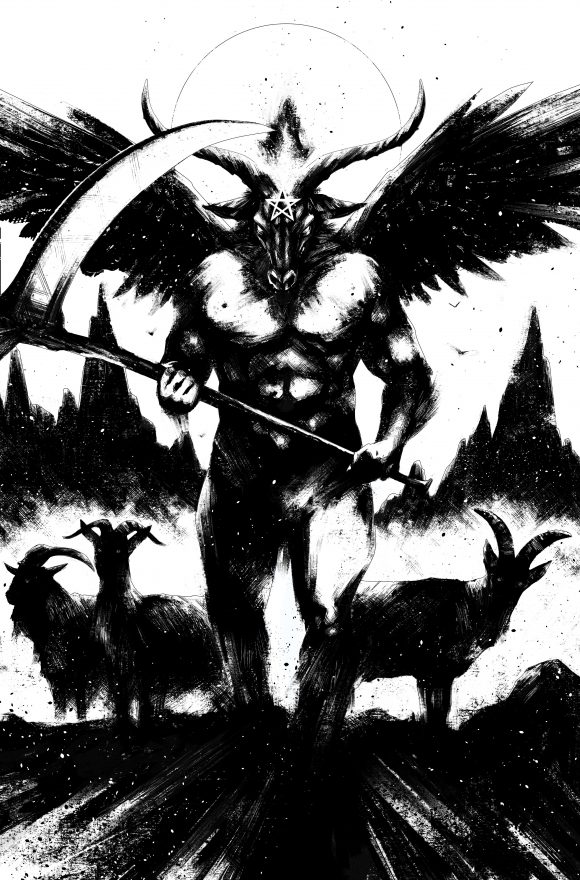 4. Role Playing Can Be an Obsession! According to “Focus on the Family” some gamers have been known to play for 48 hours straight, forgetting to eat or sleep due to their intense focus on D&D. Sleep and food deprivation should only be used against infidel detainees in the War on Terror.

5. Even Prisons Ban Roleplaying Games! Imagine that! Prisoners are allowed to sodomize and shank one another but not play role playing games. In 2010, the U.S. Court of Appeals for the 7th Circuit backed a correctional institution’s assertion that RPGs “foster an inmate’s obsession with escaping from the real life, correctional environment, fostering hostility, violence and escape behavior.” Allowing incarcerated Americans to believe there is any hope of escape, whether physical or mental, is truly cruel and unusual punishment. 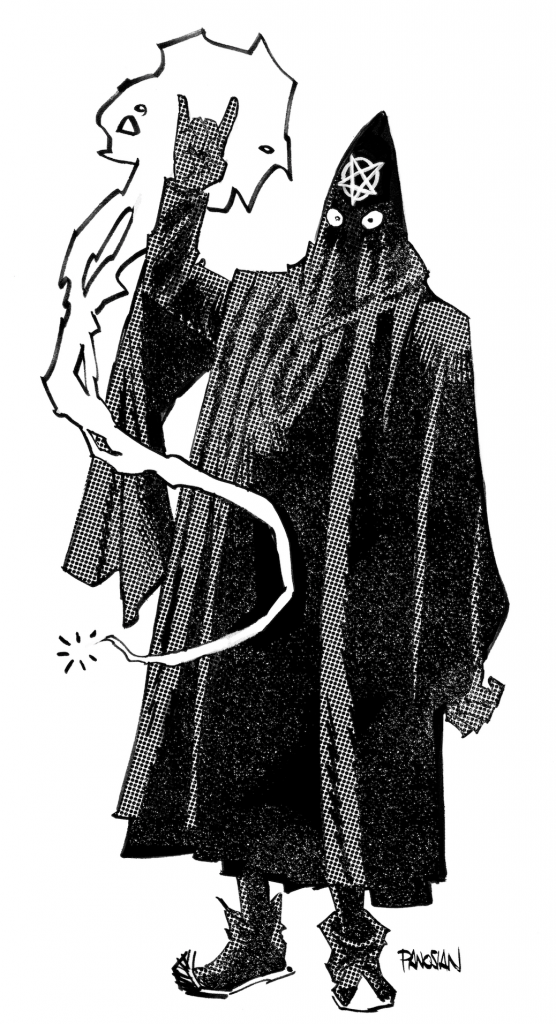 6. Roleplaying Games Allow Too Much Freedom. The appeal of RPGs have long been that they promise our characters can do anything, only limited by their imagination. In 1987, two brave pastors drove a stake through the heart of that argument. Too much freedom, they argued, could lead to critical thinking… a gateway drug to heretical thought.

7. RPGs Use Real Satanic Rituals! You would be forgiven for thinking devil worship involves elaborate occult rites and blood sacrifices in the woods at night. In reality, summoning Satan requires no more than a basement, many-sided plastic dice… and well OK, virgins still help. 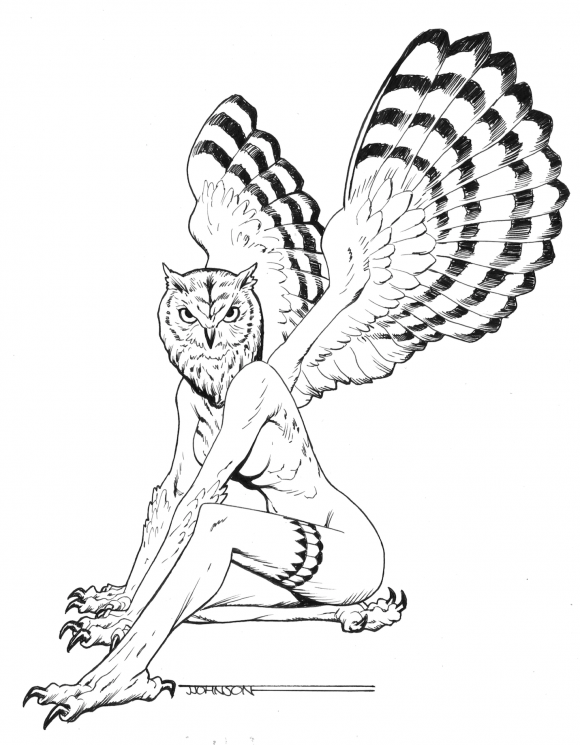 8. RPGs Force You to Surrender Control! William Schnoebelen, a former real-life “witch high priest” and “hard core Satanist,” claims to have been approached by game designers in the ’70s to make the in-game rituals more authentic. Later in life, he saw the light and wrote “Straight Talk about D&D,” where he argued that players must do ANYTHING a DM (Dungeon Master) says. Clearly, if you accept someone as your DM, you must be acknowledging that a) they have a dungeon and b) they are your master. The only person one should surrender their free will to is a god whose word has been fought over for millennia.

9. RPGs Present a False Worldview! Fantasy RPGS have players who call themselves “clerics” and “paladins” worshipping false gods who give them whatever powers that they ask for. In reality, we thankfully live in a world where the real God doesn’t answer prayers from his ungrateful children on demand. 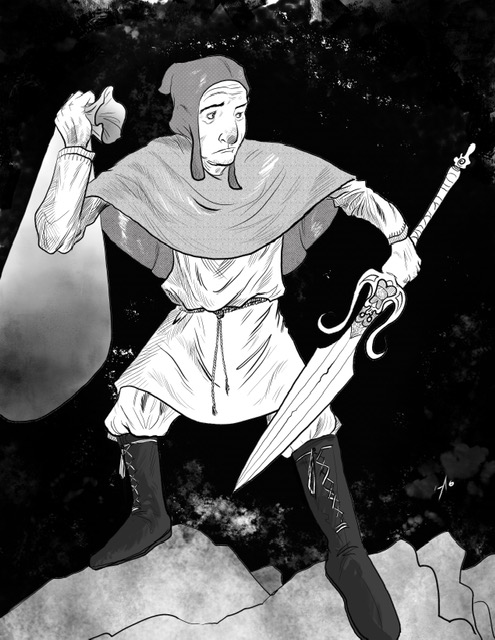 10. The Devil Won’t Stop With RPGs! Forget Creeping Sharia, we need to worry about seeping Satan! In 1992, Win Worley, pastor and professional exorcist, warned of the occult elements of D&D — enchantments, strategies, potions, spells and, perhaps most dangerous of all… unicorns.

Years later, TSR, the makers of Dungeons & Dragons, was bought by Wizards of the Coast, a subsidiary of Hasbro. Hasbro also owns My Little Pony. Which also features – wait for it – unicorns. It’s bad enough that our boys are becoming “Bronies” and “Cloppers.”  Now, the sinister minds behind RPGs have made sure that something as sacred as friendship is magic! 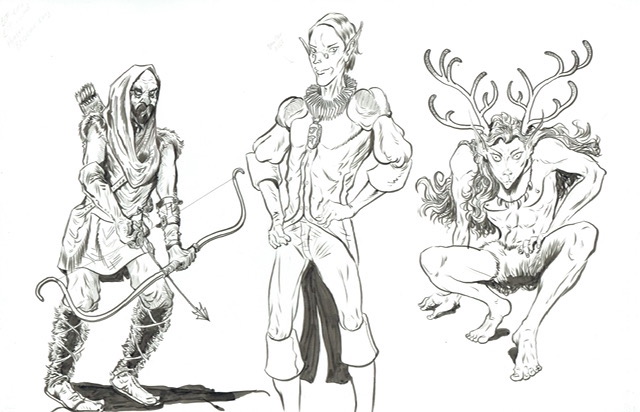 11. RPGs Are Witchcraft! Could it be any clearer? Curses, pagan religions, monsters known as hags… all that’s missing from RPGs are broomsticks! If you come across an RPG – or worse, a gamer – toss them in the river. If it floats, it’s a witch!

12. Fantasy RPGs Present a Warped Morality! Most RPGs offer a system of morality based on alignment. There is Good and Evil, Law and Chaos, with soulless Neutrality at its center. In reality, we live in a black and white world of simple good and evil, where only Switzerland is neutral. 13. RPGs Lead to Murder! RPGs literally reward players with “experience points” for killing others. But for some role-players, this wasn’t enough. At least 11 people who committed violent acts in real life were found to have played Dungeons & Dragons between 1979 and 1988. What are the chances that out of the hundreds of thousands of Americans murdered in that decade that such a large number would be gamers? 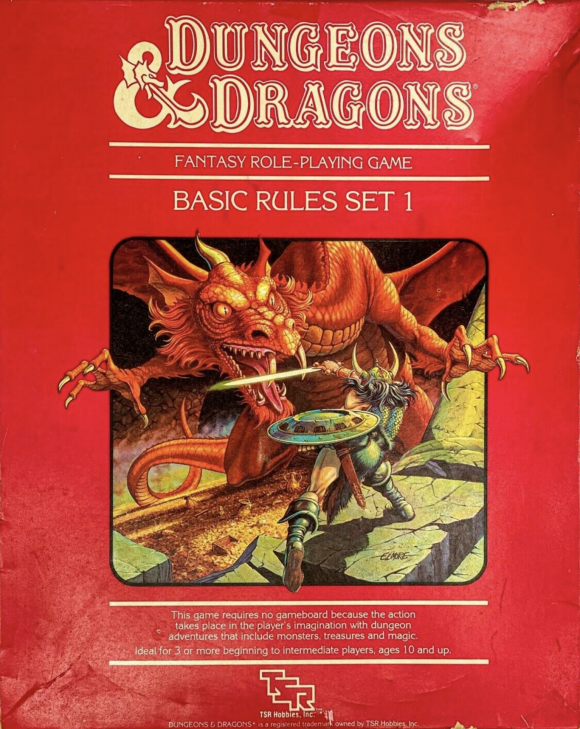 The original, which got us into this unholy mess

As I wrote this list, I became more and more disgusted with the hobby I’ve been associated with all my life. Please, join me in tossing aside this dangerous escape from reality. And whatever you do, don’t back Chaotic Neutral on Kickstarter!