1. I haven’t been a fan of what I’ve seen of Batman v. Superman: Dawn of Justice — until now. This was the trailer I’ve been waiting for. Now, this looks like a movie I want to see.

2. Finally, finally, finally we have a modern Batsuit that can move. That fight scene was like a smoother version of the Arkham games (combined with the abandoned building sequence in Dark Knight Returns #1). Or maybe it was just flawless CGI.

3. Actually, come to think of it, that might be the best Batman fight scene ever filmed. Except maybe for this one:

4. Wonder Woman, all the world is waiting for you.

6. I’m still not sold on Bruce’s rationale for looking at Superman as a potential enemy, but I can’t fight it anymore. They want to do Batman vs. Superman, so they had to come up with something.

8. Wonder Woman, all the world is waiting for you. Really, we are. 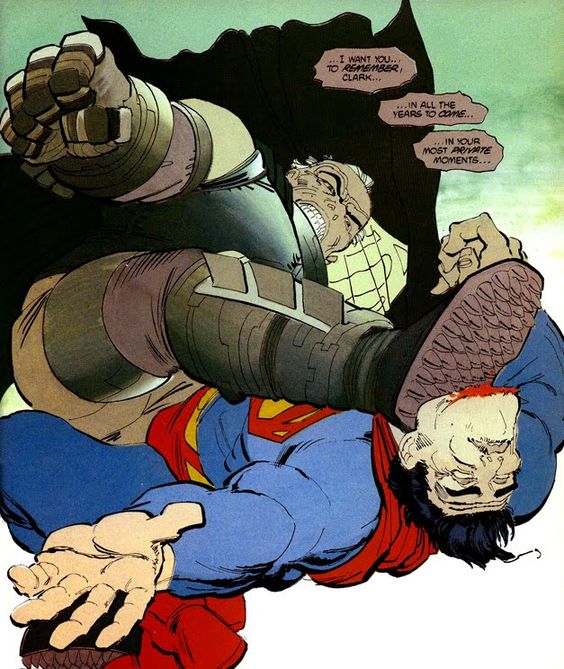 10. A caveat: My teenage son, who is very smart about these things, pointed out that the final trailer for Man of Steel was the best of those and that movie was, well …

11. Anyway, check out the look on Superman’s face!

13. I think the movie’s slogan should be: You Will Believe a Man Can Beat a Man Who Can Fly.