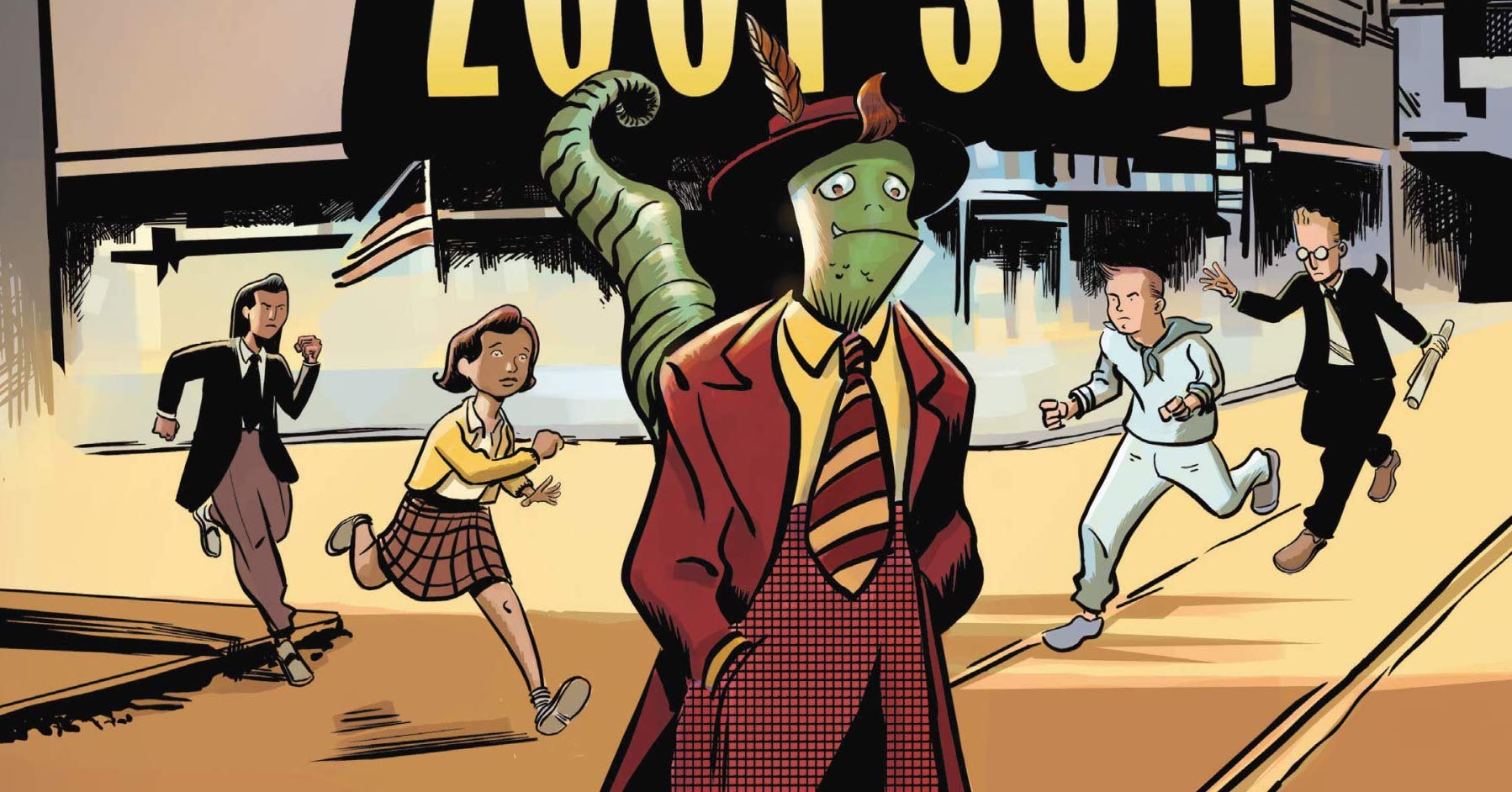 The beauty of comics is that it’s a medium adaptable to any type of story, from the intimate to the fantastical. You can follow the caped adventures of imaginary immigrants and have your socks knocked off and you can read about the true-life pursuit of truth, justice and the American way by struggling, ordinary people and have your mind blown.

Sometimes you can mix it all together like Marco Finnegan, whose YA graphic novel Lizard in a Zoot Suit takes a sci-fi angle on the Los Angeles Zoot Suit Riots of 1943. (Click here for more info on this  compelling project.) Finnegan’s OGN — published by Graphic Universe, an imprint of Lerner Publishing — goes on sale Tuesday, Aug. 4, in comics shops and from booksellers.

With the release date looming, Finnegan has put together a list of 13 GREAT REALITY-BASED GRAPHIC NOVELS.

Some of them tell true stories, some are merely based on true events. Some just use real-life moments to jump into another world.

All of them are first rate. 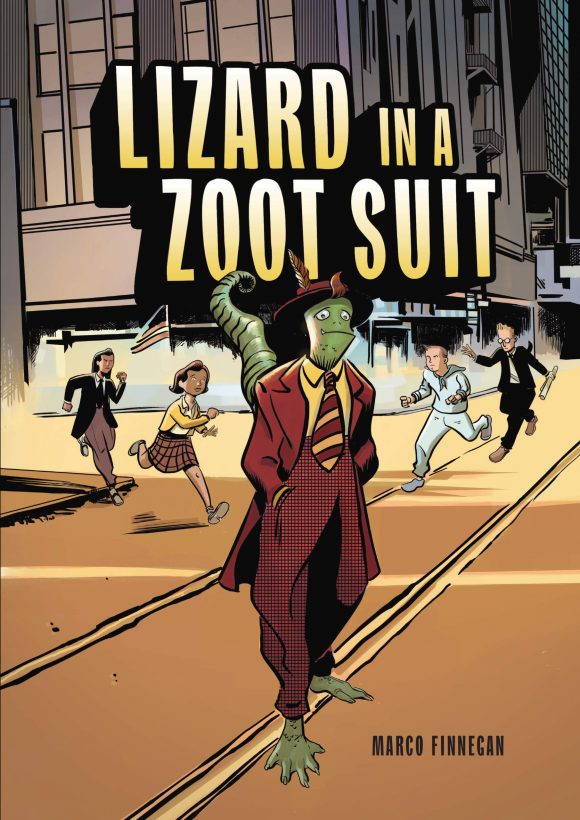 Comics often get stigmatized as capes and escapism, but cartoonists have been using the language of comics to report on wars, tell stories of personal experience and memoirs and in some instances have rewritten history all together. Below are a list of 13 graphic novels that tell the truth — and some that only start with it.

Moving Pictures by the Kathryn and Stuart Immonen is one of my biggest inspirations, the minimalist artwork and the perfect pacing of the story itself are amazing and create a tense showdown of wills set in World War II. There are no battle scenes but the threat of violence and death haunt every page. 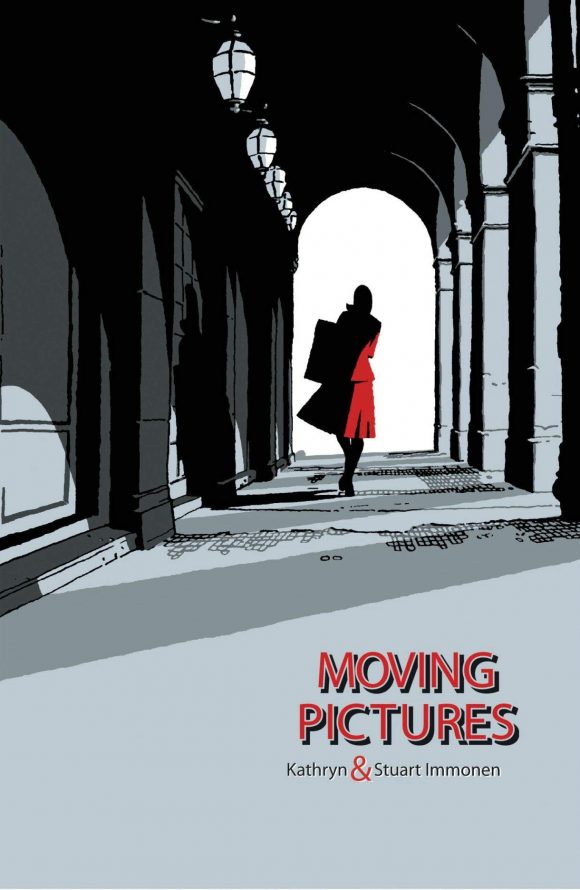 Maus by Art Spiegelman is a classic about his father’s experience during the Holocaust and is heartbreakingly honest. Spiegelman, a master of the craft, uses the medium as a way to reconcile his relationship with his father and brings us along for the journey. 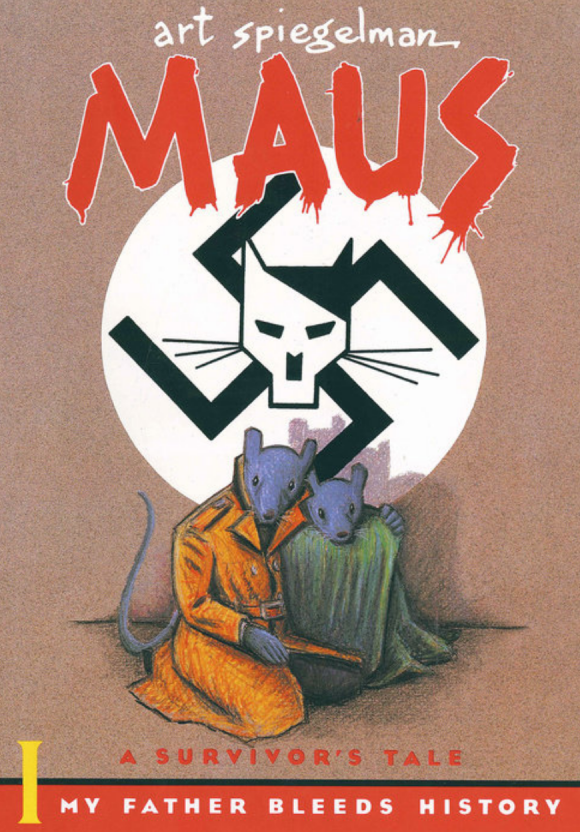 March. The late Sen. John Lewis’s memoir is a must-read book, a rare collaboration that feels seamless. Artist Nate Powell gives a master class on comics and it works perfectly with Lewis and Andrew Aydin’s words, especially when Powell puts us in Lewis’ point of view and shows us what it was like to live through history. I Am Alfonso Jones by Tony Medina, Stacey Robinson and John Jennings is a painfully relevant book about how systemic racism leads to murder and how one death affects those left behind. Jennings’ pages crackle with the energy of a ghost train flying down the tracks. 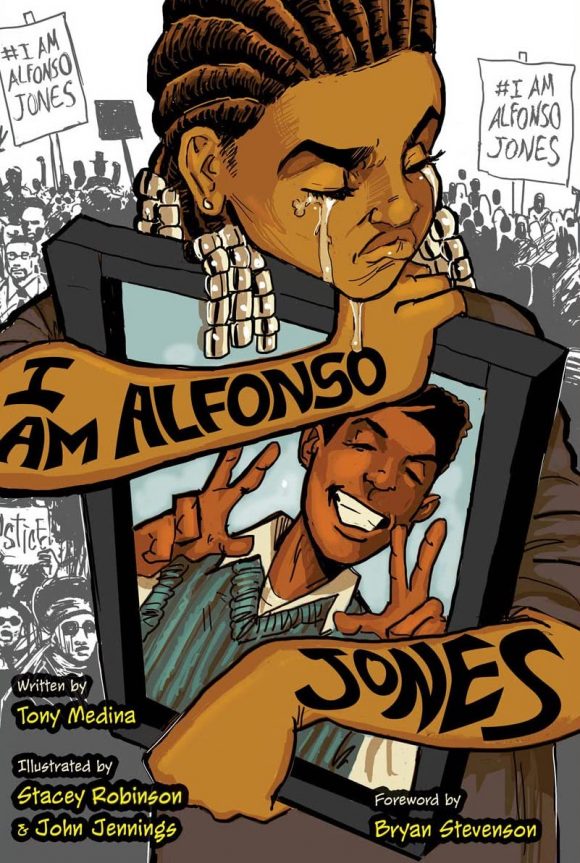 Templar by Jordan Mechner, LeUyen Pham and Alex Puvilland, is a heist movie about the Knights Templar that is brilliantly illustrated and written — what more could you want?! So much fun! 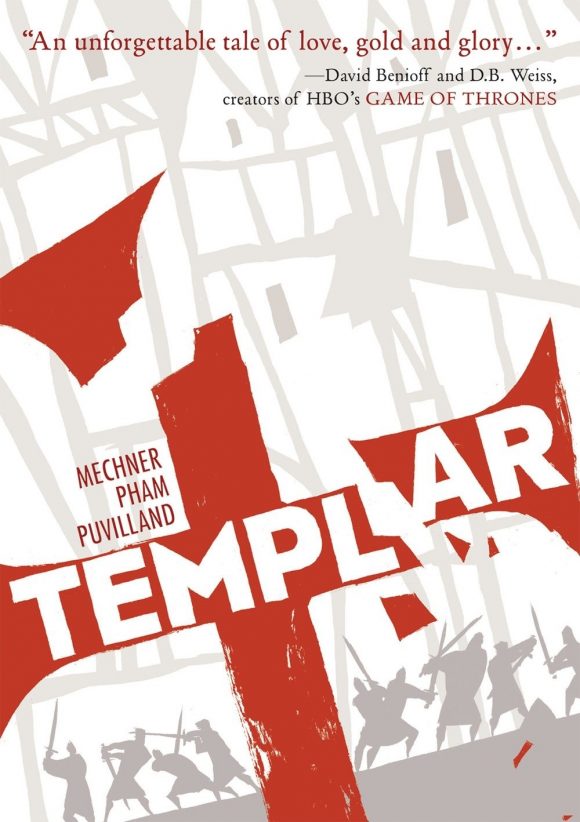 Will Eisner’s New York. The master of sequential design gives us a collection of vignettes that seem at once exaggerated and very familiar even if you aren’t from his side of the street. His borderless panels and dramatic gestures create drama in everything from dropping a quarter in the gutter to romantic heartbreak. 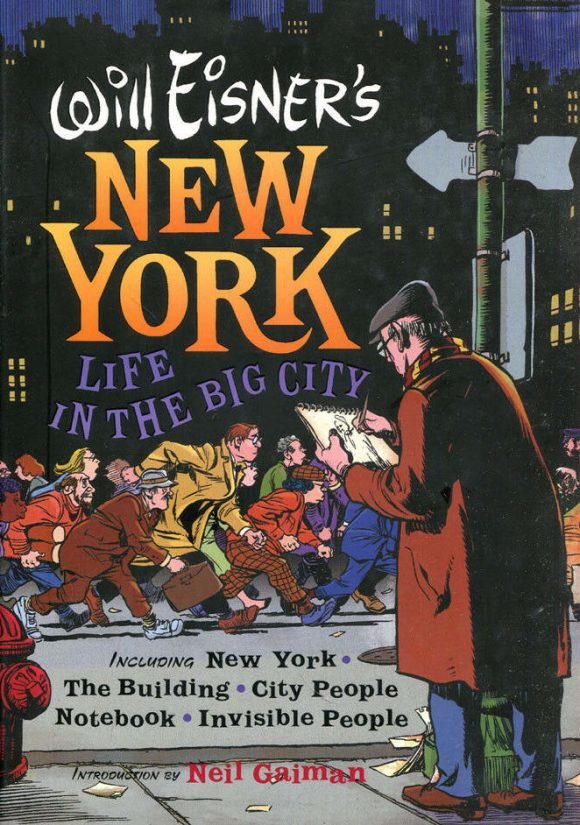 Pride of Baghdad by Brian K. Vaughan and Niko Henrichon is based on the true story of a pride of lions that escaped from a Baghdad Zoo after it was bombed by American troops. This intense story of survival is beautifully drawn by Henrichon, and Vaughan’s wonderful character work make this book is a classic. 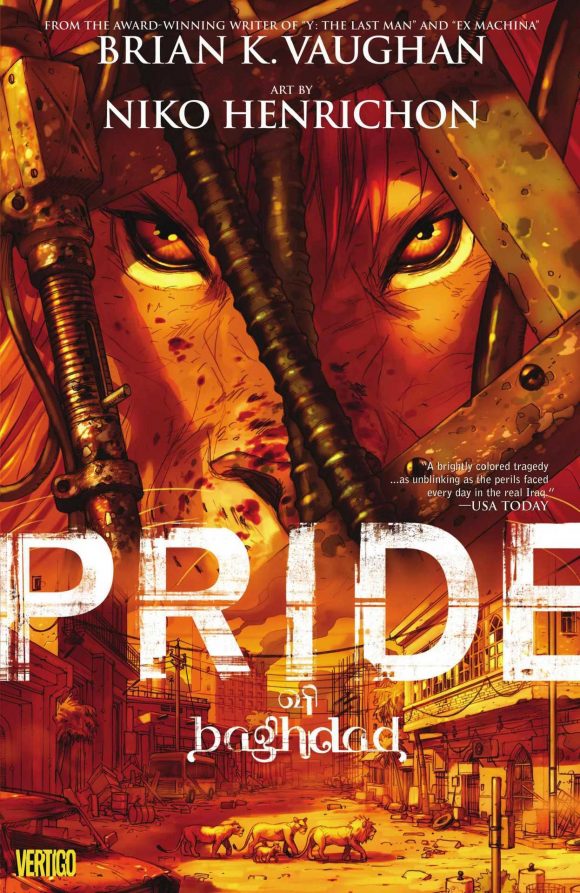 Torso by Brian Michael Bendis and Marc Andreyko take on the true-crime story of Eliot Ness hunting down a serial killer. It is as awesome as it sounds. The story and dialogue move at a great clip. Elsewhere by Jay Faerber and Sumeyye Kesgin tell the tale of what really happened to Ameilia Earhart! This is a fun action adventure story with a beautifully designed world and Faerber’s pitch-perfect dialogue. 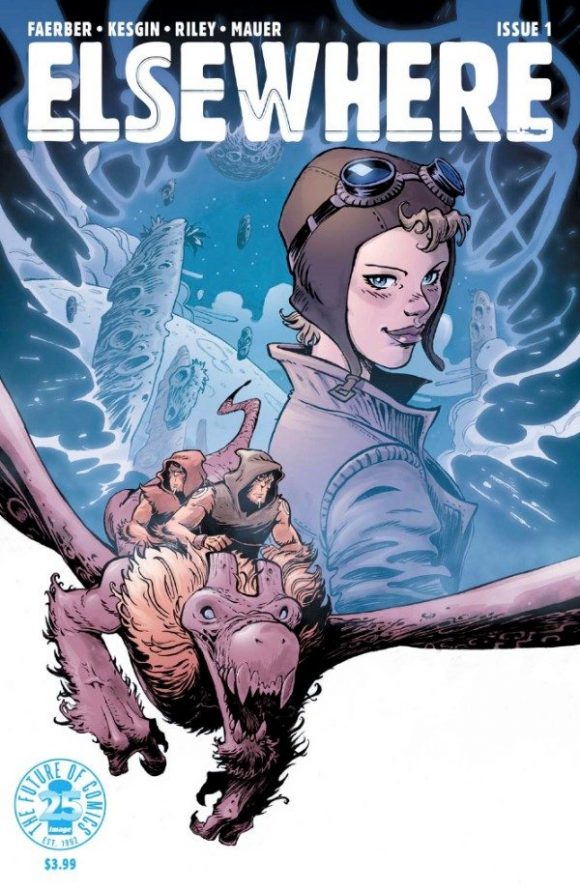 The Secret History of D.B. Cooper by Brian Churilla is a trippy sci-fi thriller about the infamous hijacker. Churilla is such a dang good cartoonist and writer, this is an underrated classic. 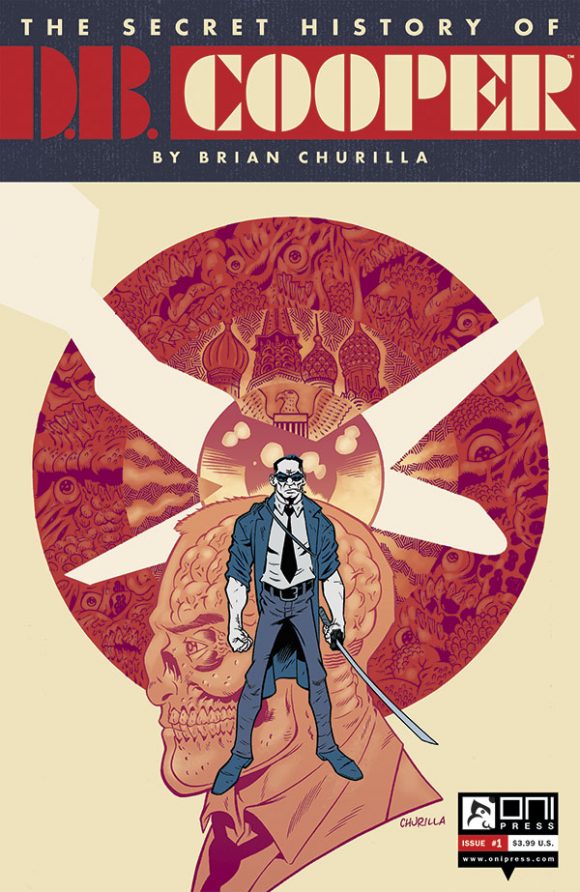 Smile by Raina Telgemeier is a story that is at once specific to her life but resonates with anyone who has ever been a kid. All of her books capture the pain and humor of being an adolescent with so much honesty and heart. Photographic by Isabel Quintero and Zeke Pena is a gorgeous book about photographer Graciela Iturbide. Beautifully written and drawn with photographs spliced into the pages, this is a must have. Palestine by Joe Sacco is one of the finest examples of comics as journalism around. His cartoony figures and detailed environments give the feeling that these stories are happening now. There’s an immediacy that all great nonfiction has and his drawings leap off the page. — The 13 Most Controversial Graphic Novels of All Time. Click here.