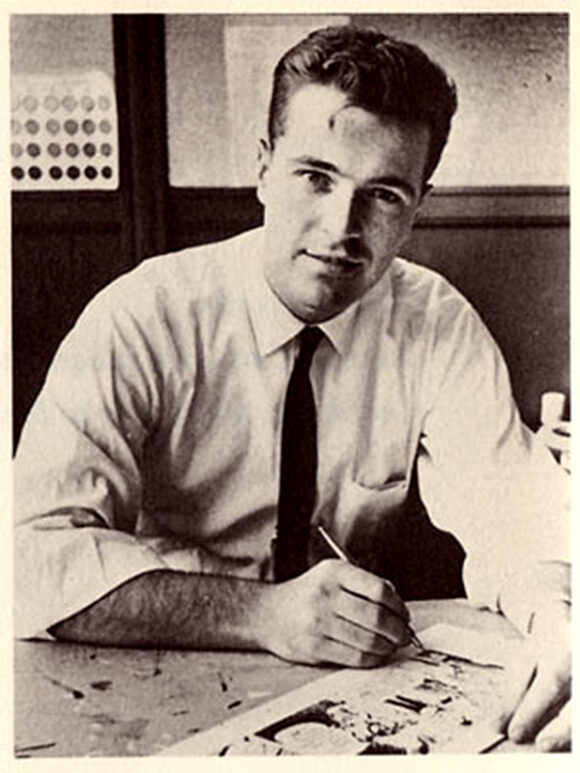 In the early-to-mid 1960s, there were two TV medical dramas of note, Dr. Kildare and Ben Casey.  Both began within days of each other (Kildare on September 28, 1961, on NBC and Casey on October 2, 1961, on ABC), and both ended nearly at the same time (Casey on March 21, 1966, and Kildare on August 30, 1966). Both also had comic books and comic strips based on the TV shows. I discussed the comic books of each in my book, American TV Comic Books: 1940s-1980s – From the Small Screen to the Printed Page (available from TwoMorrows), but did not have the space to pay tribute to the newspaper comic strips.

For this installment, I want to look at Ben Casey, which appeared for the first time November 26, 1962, as a daily strip. (In 1964, a Sunday page was added.) The Ben Casey strip was written by Jerry Capp (formerly Caplin). At the same time, his brother, Elliot Caplin was writing Dr. Kildare. (Al Capp, née Caplin, was their brother.) 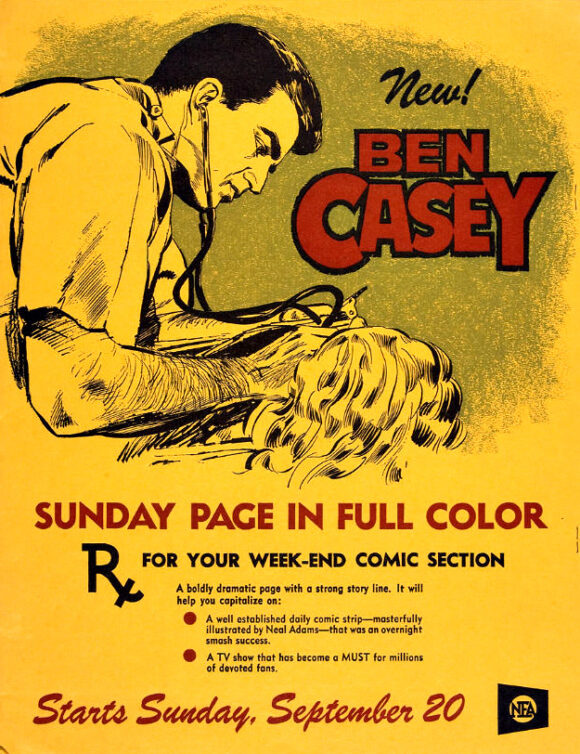 Ben Casey was the big break for a young artist named Neal Adams. Adams was a mere 21 years old when he began the strip, with only a few comics credits behind him (Archie Comics and doing backgrounds for the Bat Masterson comic strip), but he had a solid background of illustrating in the advertising industry. His work on Ben Casey helped him land freelance assignments with DC after the strip’s conclusion.

Here are 13 examples of the strip over its run (ending July 30, 1966, for the daily and July 31, 1966, for the Sunday), including the first and the last dailies, with good renditions of TV stars Vince Edwards as Dr. Ben Casey, Sam Jaffe as Dr. Zorba, and Bettye Ackerman (who was married to Jaffe in real life) as Dr. Maggie Graham. 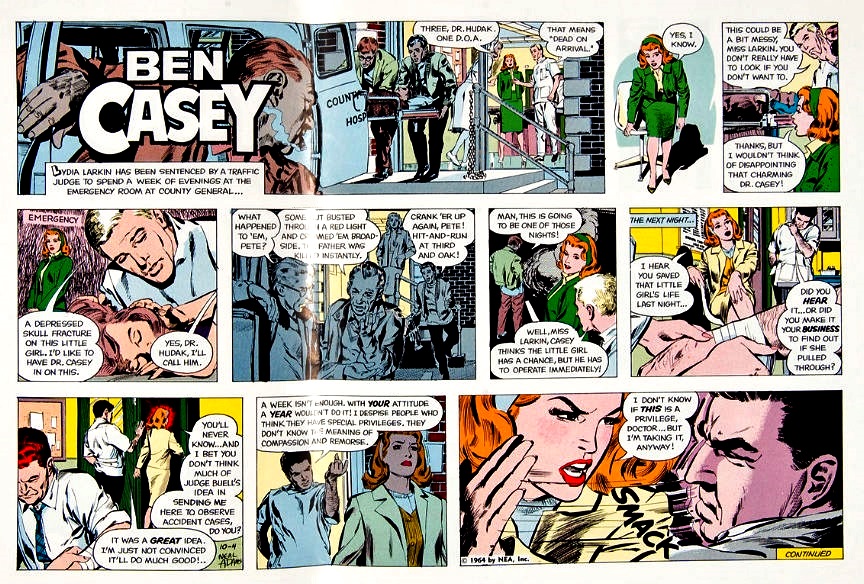 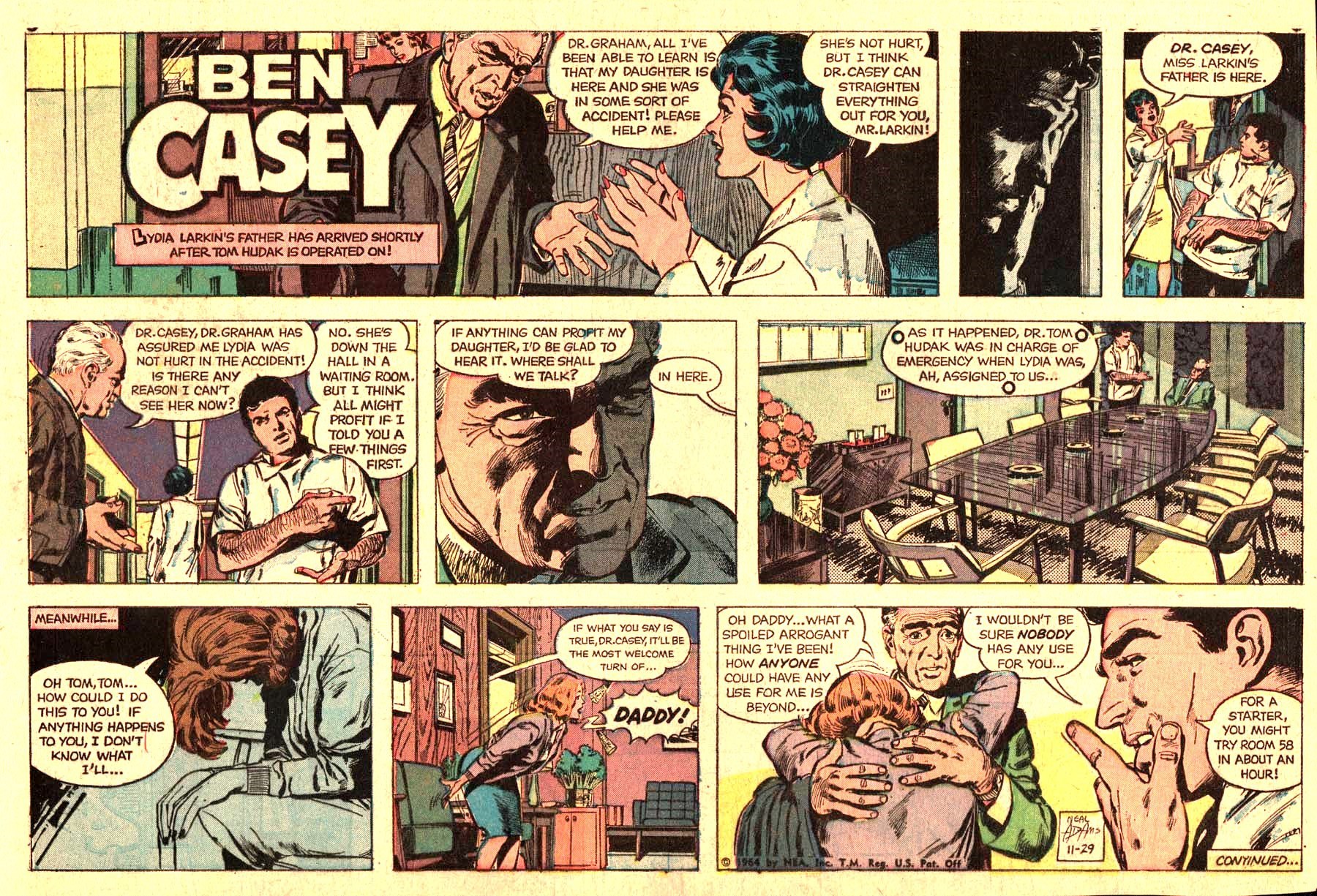 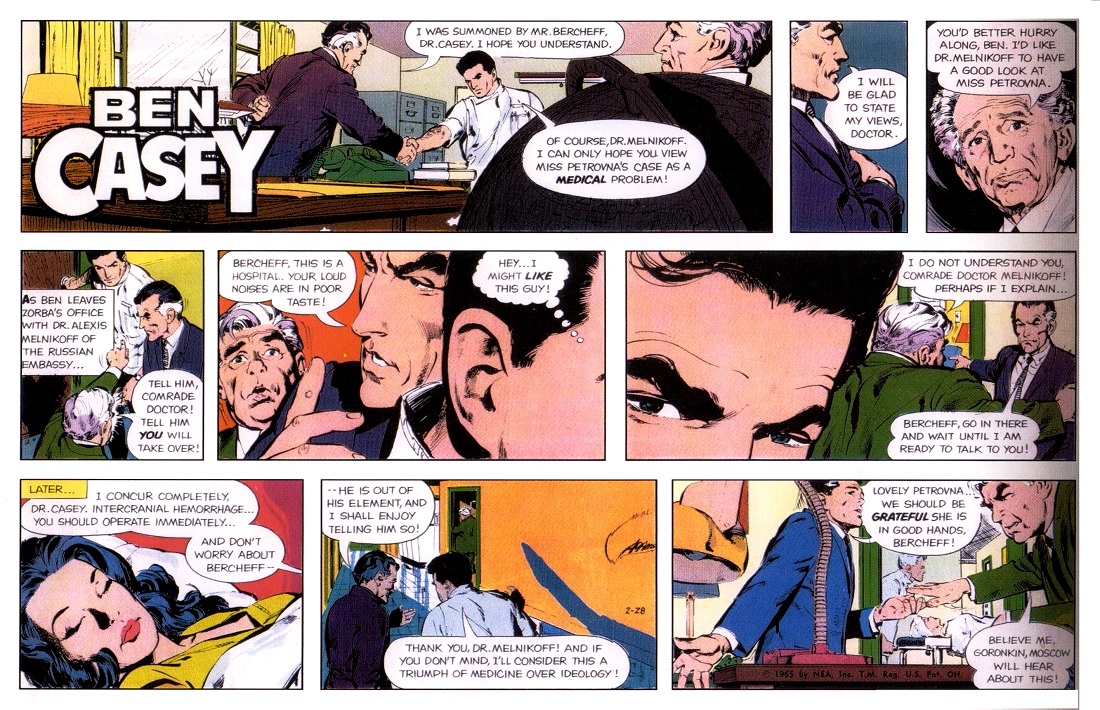