An artist who deserves your attention… 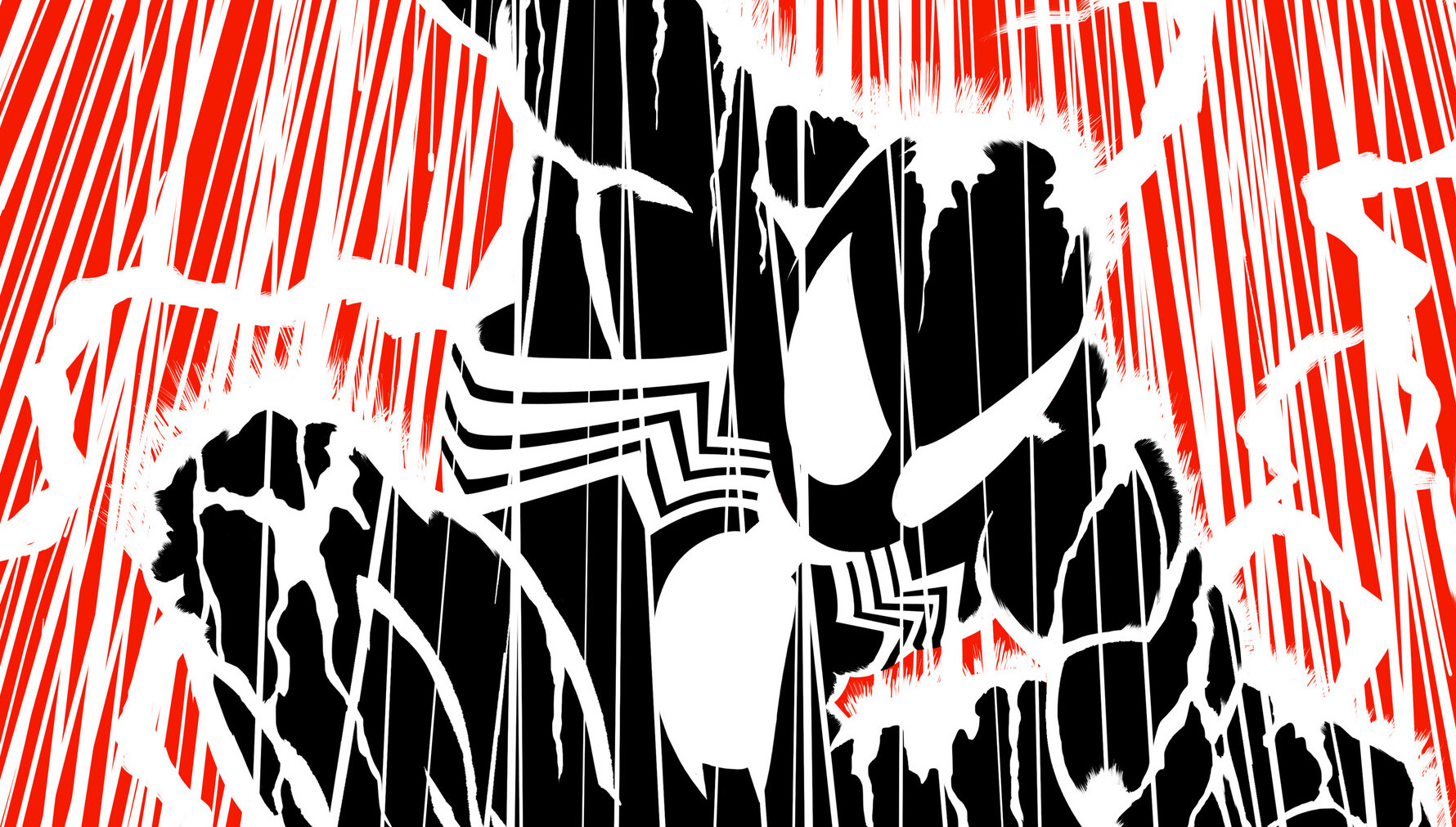 Funny thing, this world. Throughout my proverbial 13th Dimension travels, I’ve been exposed to so much great comics art, from powerhouses like Jack Kirby, Neal Adams and Gil Kane to Jim Aparo, George Perez and John Byrne — and that’s just a small selection. But one of the great joys is also discovering art that is about as good as anything you’re see likely to published today.

The latest example is the work of talented illustrator Dakota Alexander who on Facebook routinely posts portraits of famed comics characters done in a bold style that recalls Darwyn Cooke, Alex Toth and other linework masters.

“I grew up in Santa Cruz, California,” Dakota said. “I was a fan of superheroes before I could read and pretty much got into comics at age 6. I started drawing fairly intensively since about 8 and am self taught. I moved to Japan 15 years ago, I got back into drawing around 2013, and have being going full swing in my free time ever since. I am definitely an ’80s/early-90s comic fan as that was my childhood, but I’ve become even more of a Bronze Age fan in the last few years. 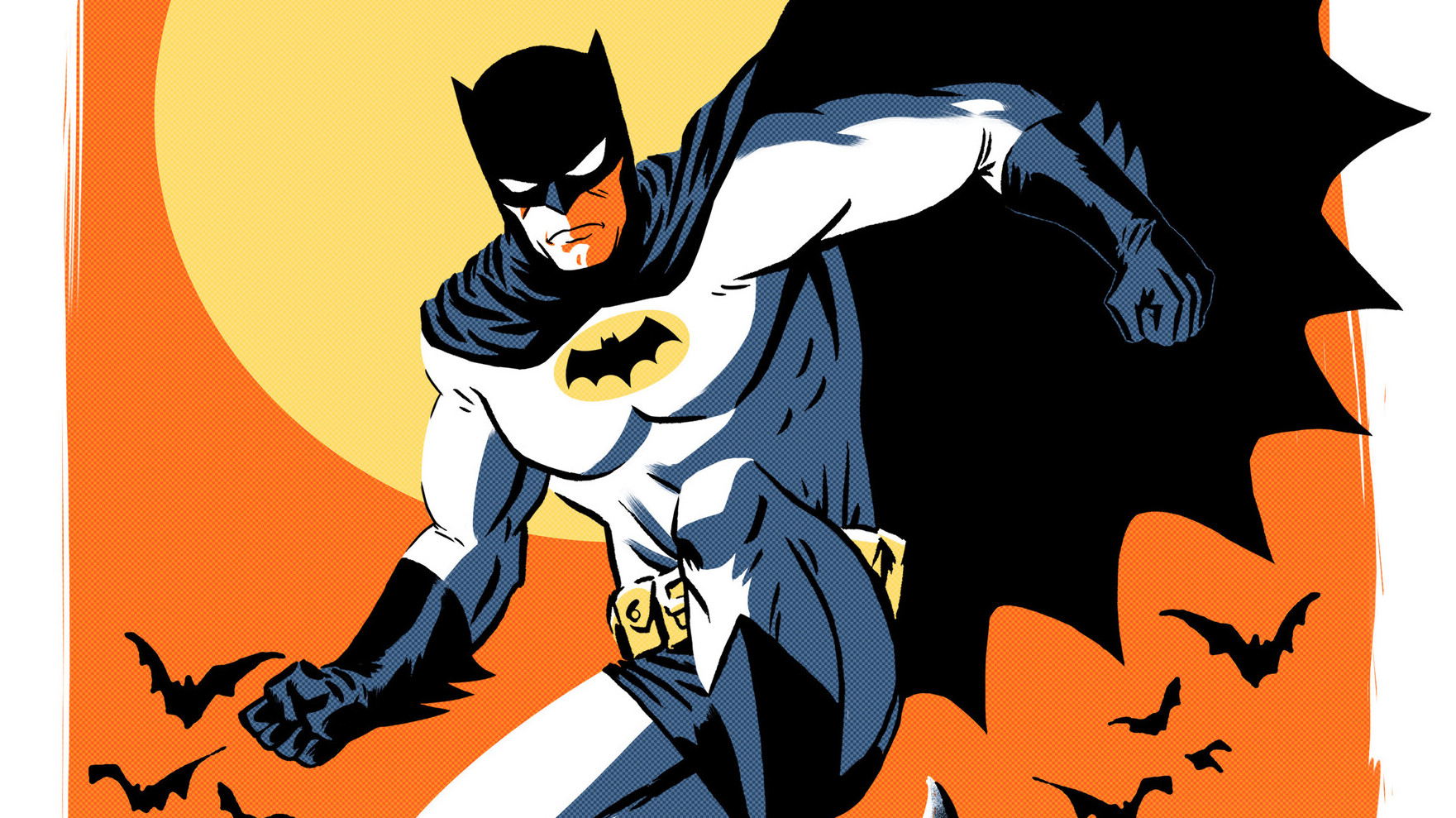 “Big influences from that era are John Romita Sr., John Buscema, Gil Kane, Ron Frenz and Steve Rude,” he added. “More modern influences are Chris Samnee, Bruce Timm and Michael Cho, though a lot of people say I remind them of Darwyn Cooke, which I also take as a huge compliment. Michael Cho especially is a massive inspiration because he is re-introducing the lost line style of mid-century commercial art, which I have always been a fan of.

“That genre of art has a particular color palette and the chiaroscuro use of black lines that really spoke to me when I was in my teens (and a big Sin City fan),” Dakota said. “This style has this great poster pop quality. It’s a lot of fun and it challenges you as an artist to think about how to work within the parameters of a confined two-, three-color palette. It’s a great opportunity to work in dynamic composition and, of course, color. Also it gets to tap into a nostalgic feel because its drawing style is intended to also feel mid-century, so you get Silver and early Bronze Age in the mix. It’s a fun niche to work in because it’s not being as explored so much these days, and you get to tap into those iconic and fun elements of so many legacy characters. 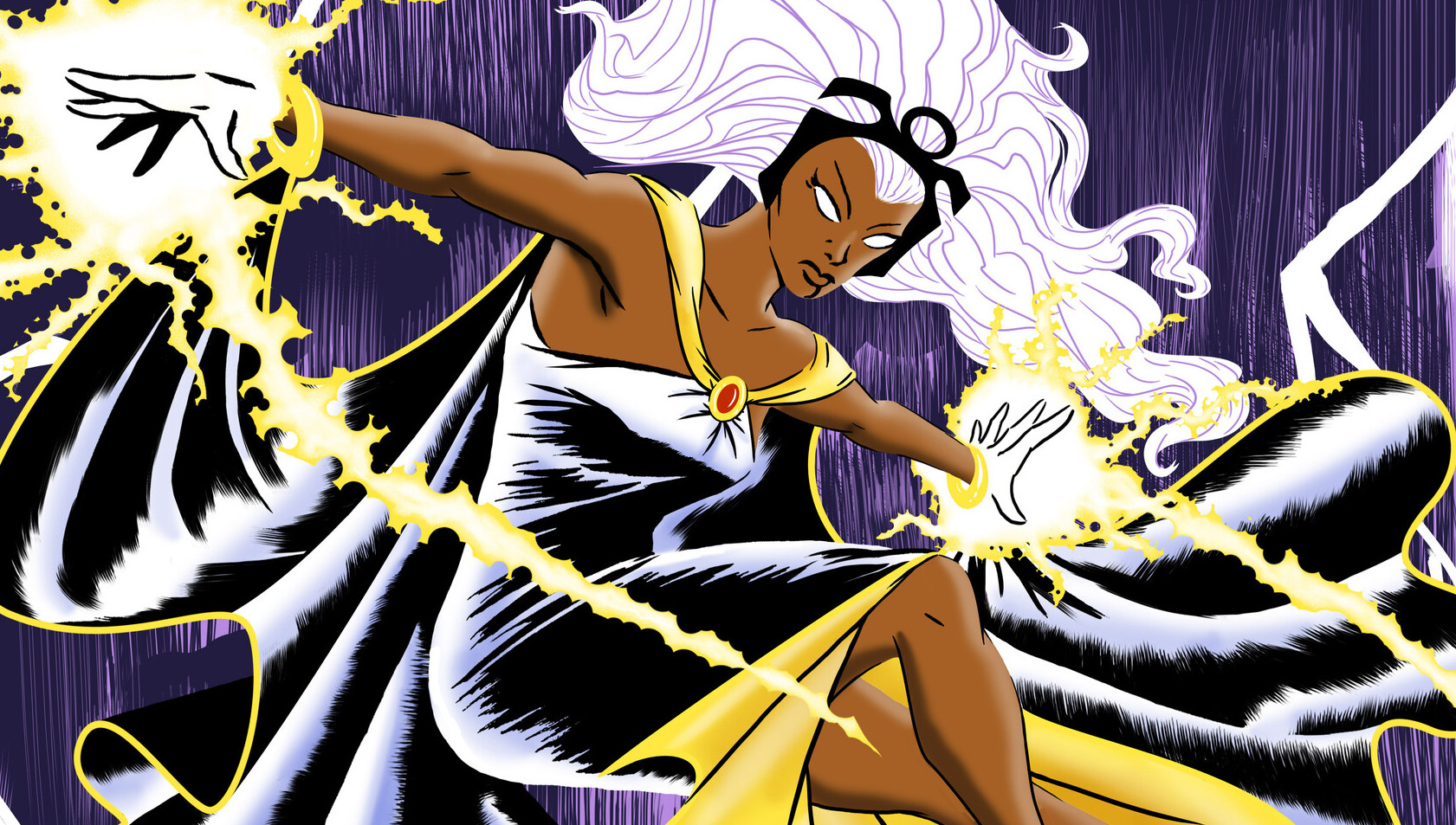 “I’m still pretty new to the game, but I have done some variant covers for the Liberty Brigade graphic novel and I am currently working on the (upcoming) Power Comics Kickstarter, as well as doing a lot of commission work,” he noted. “I also re-imagine comics characters into Edo-era Japanese Ukiyo-e art. You can find all my work at my artstation Drums Of The Serpent.

So dig these 13 GREAT ILLUSTRATIONS — any one of which would make a lovely print or, even better, the cover of a collection of retro comics. 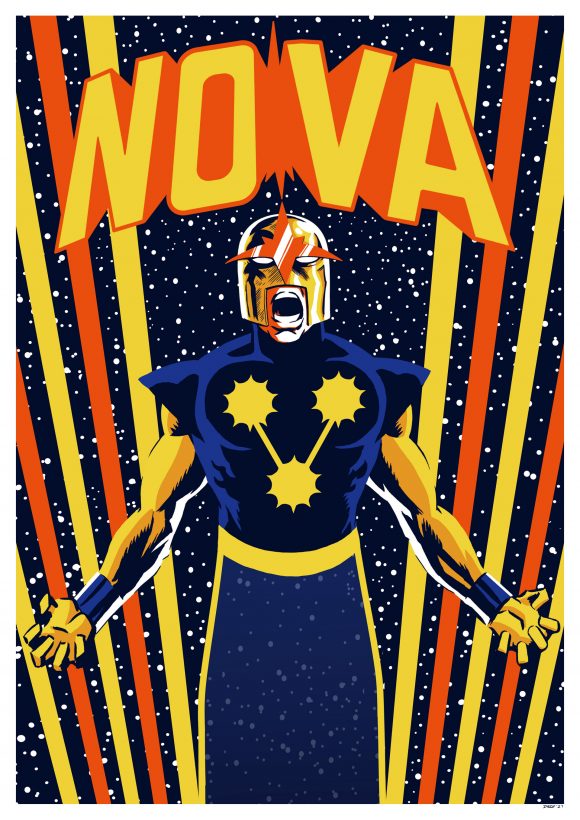 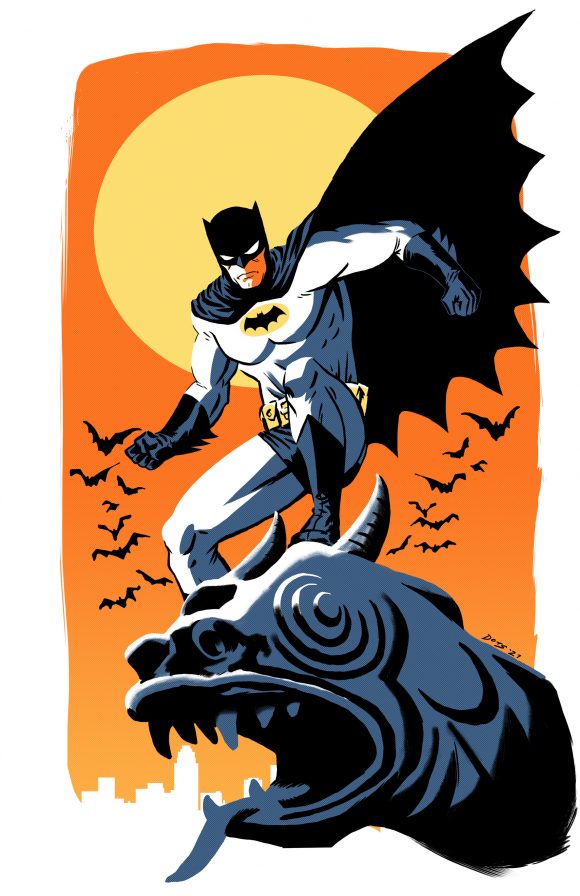 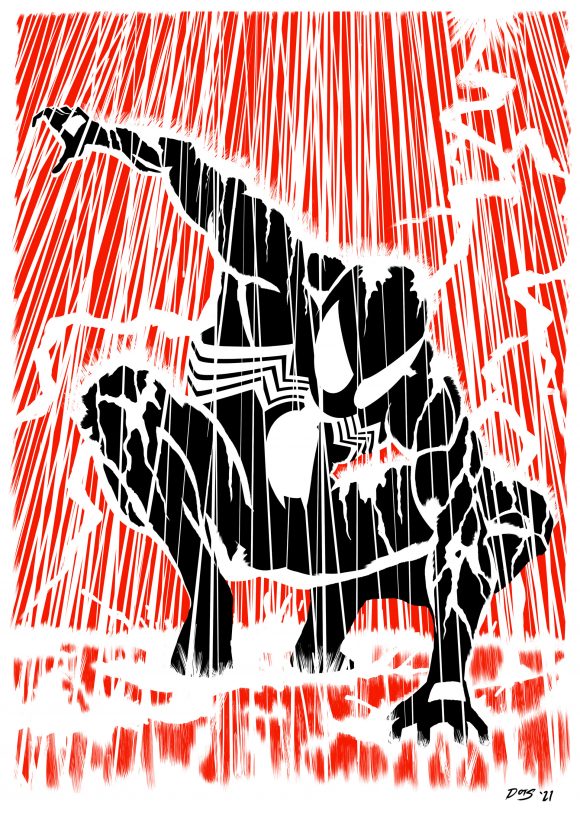 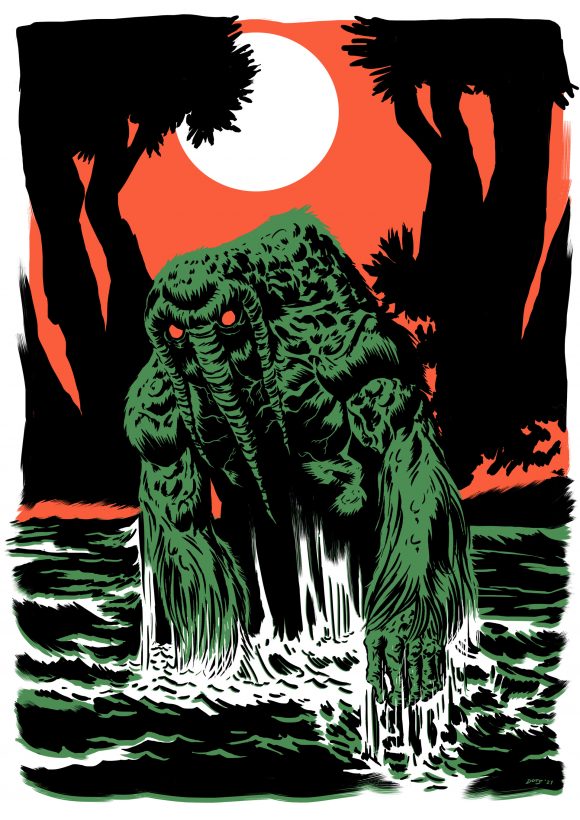 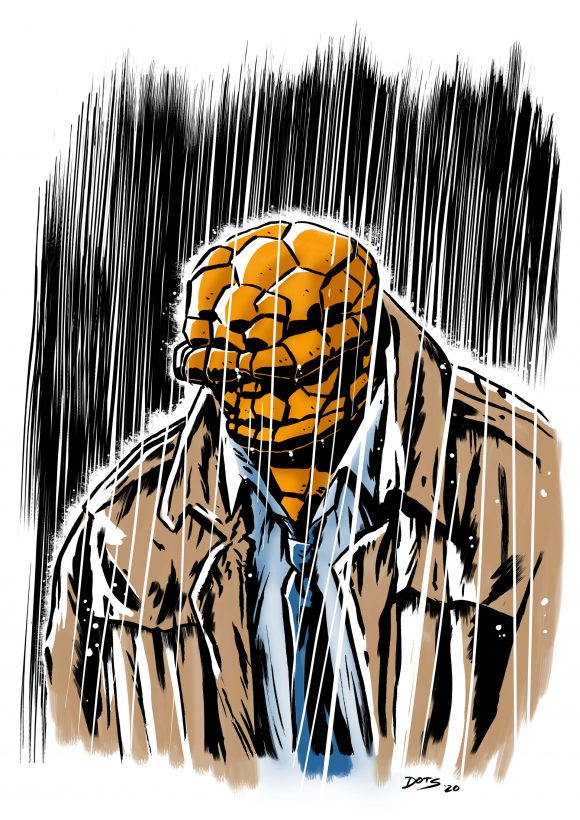 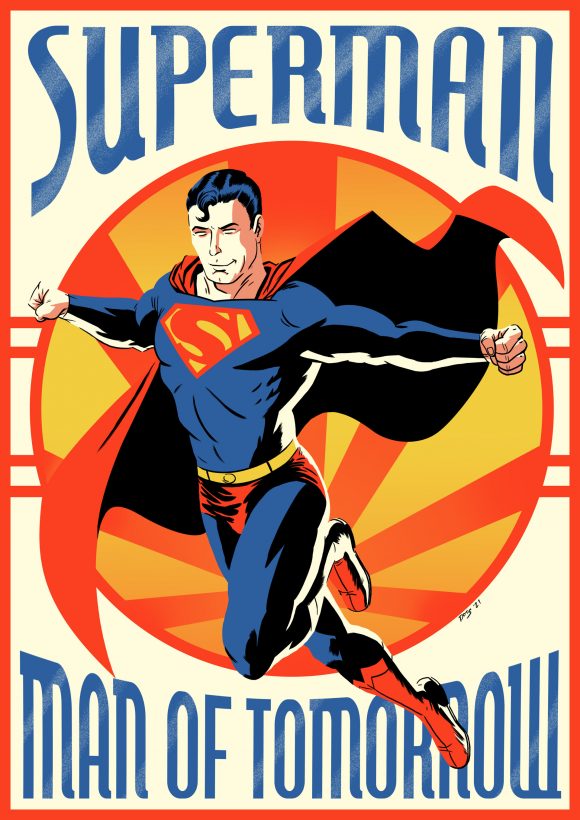 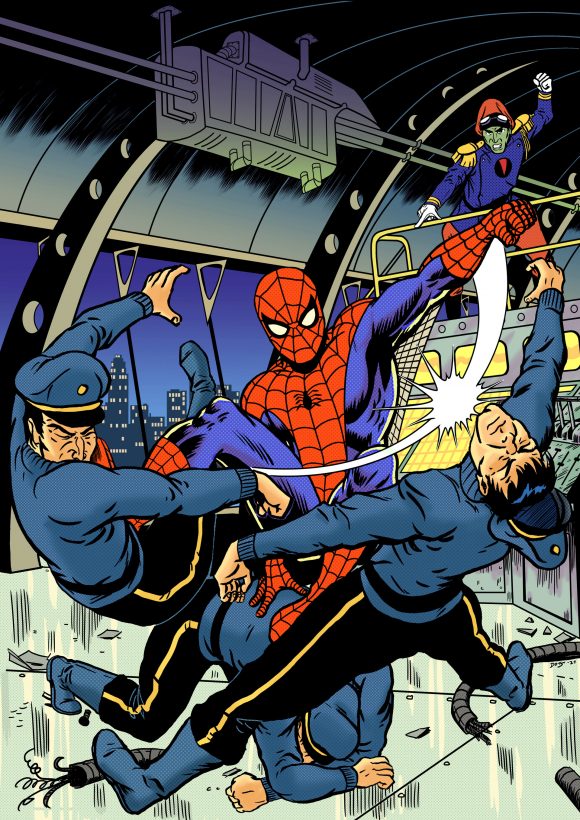 A riff on the Spider-Man ’67 cartoon! 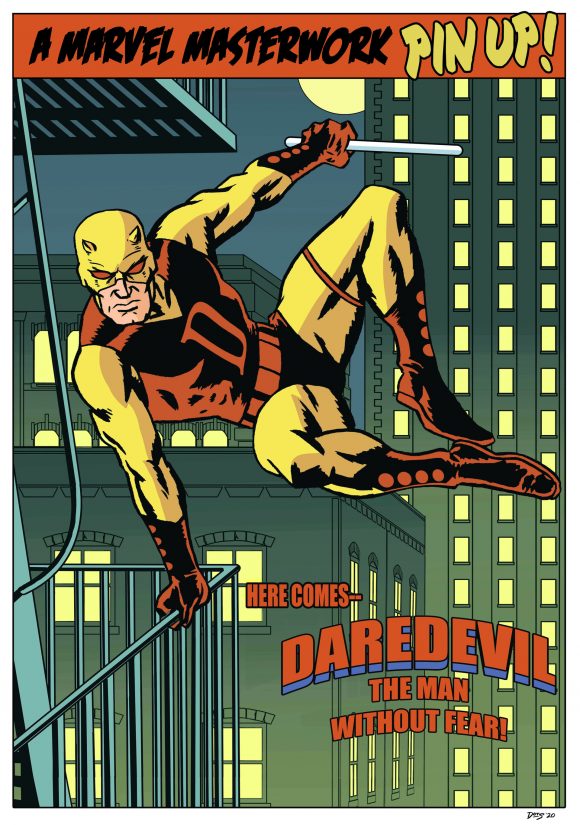 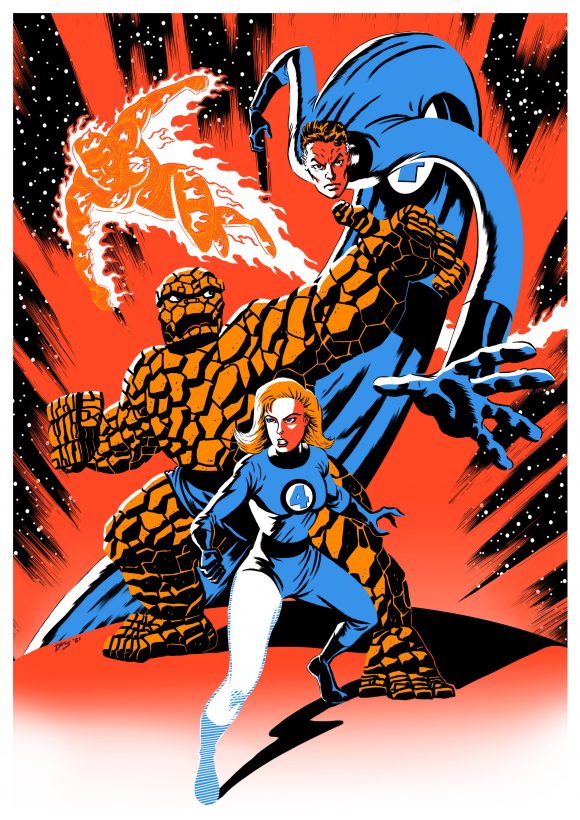 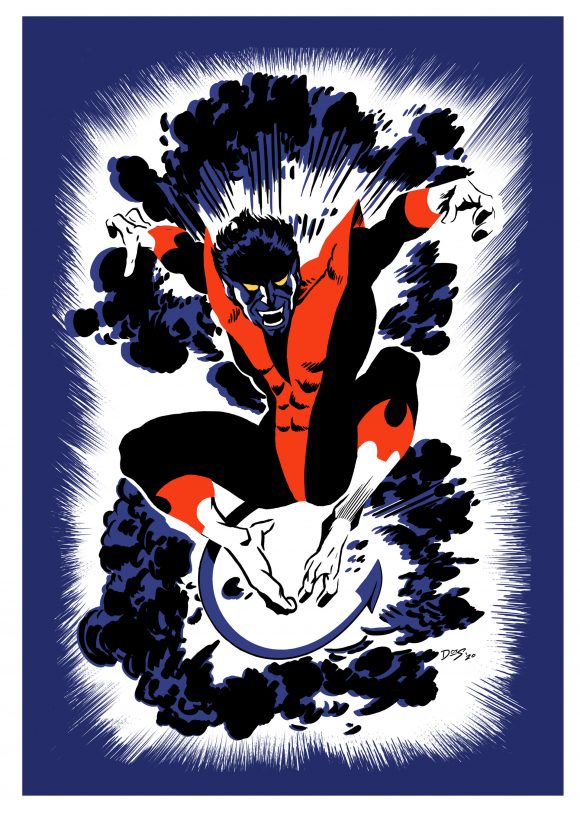 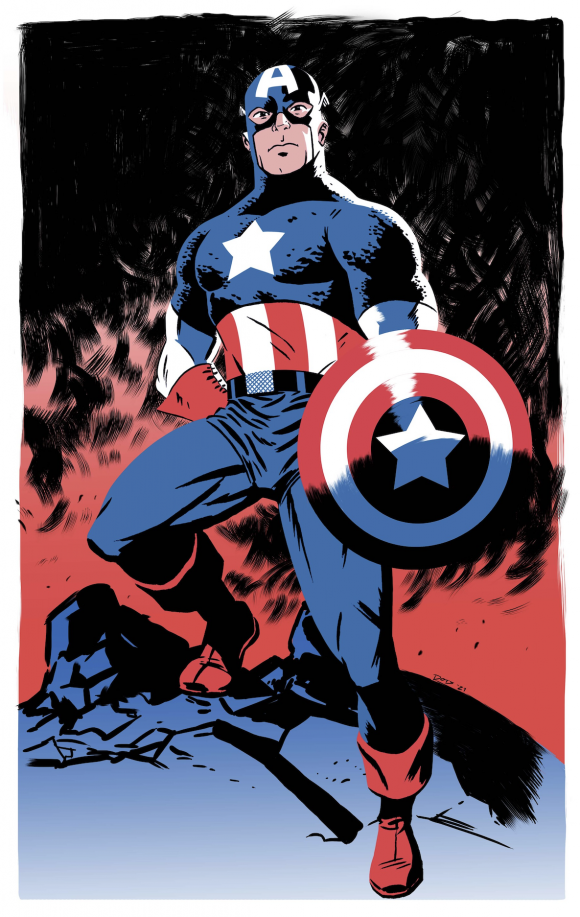 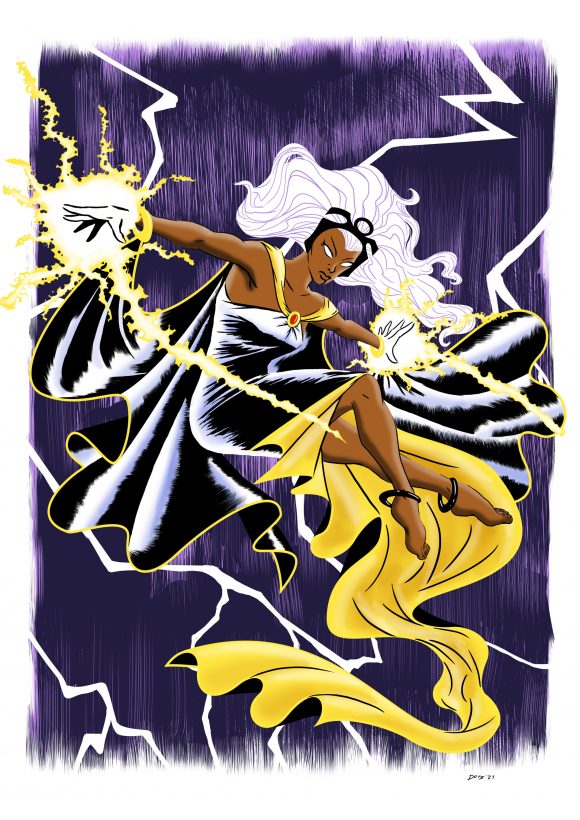 — SUPERMAN and BATMAN Give You a Hilarious Last Blast of Summer. Click here.