An ANNIVERSARY SALUTE to a keystone anthology series… 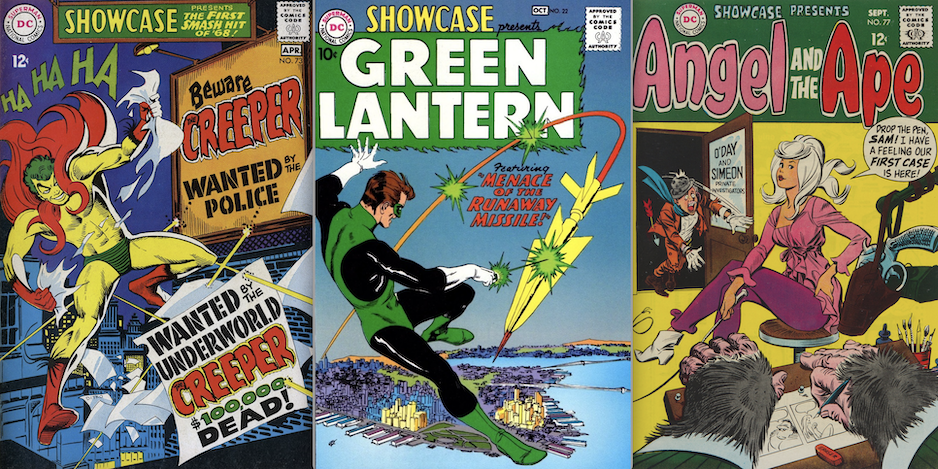 Showcase #1 debuted 67 years ago this month. (Historians appear to disagree on the newsstand release date, but it was in January 1956.) In any event, the title had 104 issues (ending in 1978), with dozens of glorious superheroes from the Golden Age to the then-present day appearing within its pages. The first three issues were not successes (focusing on firemen, wildlife adventure, and frogmen), but with the fourth issue, the Silver Age began. 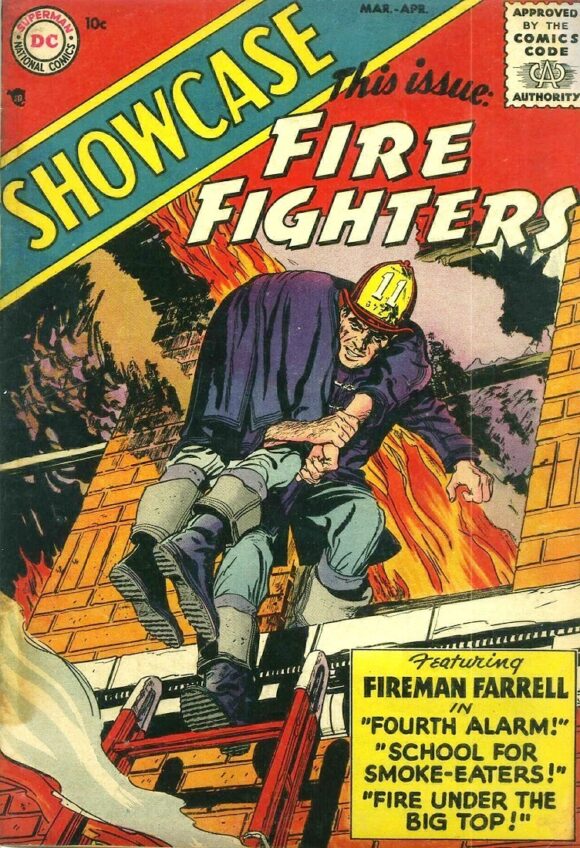 While DC did include in Showcase a number of characters who were long established (Lois Lane and Aquaman to name two), as well as a handful of newcomers who debuted in other titles (e.g., the Teen Titans in The Brave and the Bold), there were many others seen in Showcase for the very first time. Here are 13 of those new heroes who helped establish the Silver Age — and launched decades of action and adventure.

In order of appearance:

The Flash. Showcase #4 (Sept.-Oct. 1956) introduced the new Flash in the person of police scientist Barry Allen, who spent his spare time looking at comic books about his Golden Age hero, the Flash (alias Jay Garrick). He appeared after this in Showcase #s 8, 13 and 14, and then in his own series, The Flash, starting with #105 (Feb.-Mar. 1959), which continued the numbering from where the Golden Age Flash Comics left off in 1949. Challengers of the Unknown. Ace, Red, Rocky and Prof, adventurers who had escaped death, had their debut in Showcase #6 (Jan.-Feb. 1957). Subsequent appearances in Showcase were #s 7, 11 and 12. An 87-issue series of their own followed, starting in 1958. 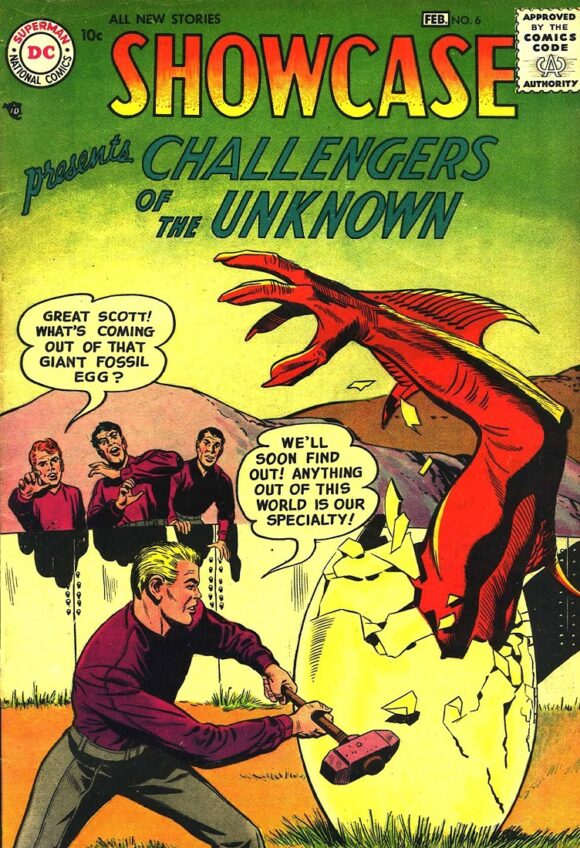 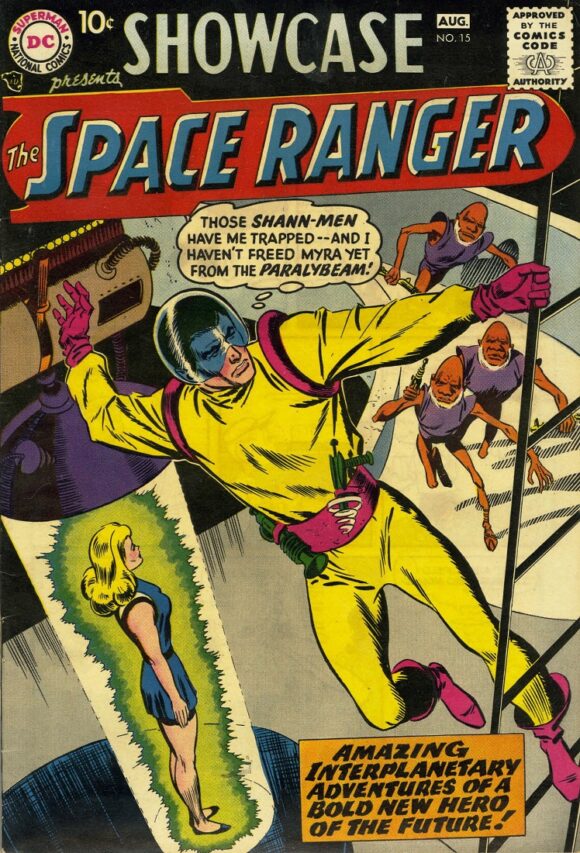 Adam Strange. Showcase # 17 (Nov.-Dec. 1958) introduced the predominant science-fiction hero of the DC Silver Age, Adam Strange. He had subsequent appearances in Showcase #s 18 and 19, and then appeared in Mystery in Space #53 (Aug. 1959) for the start of a nearly 50-issue run. 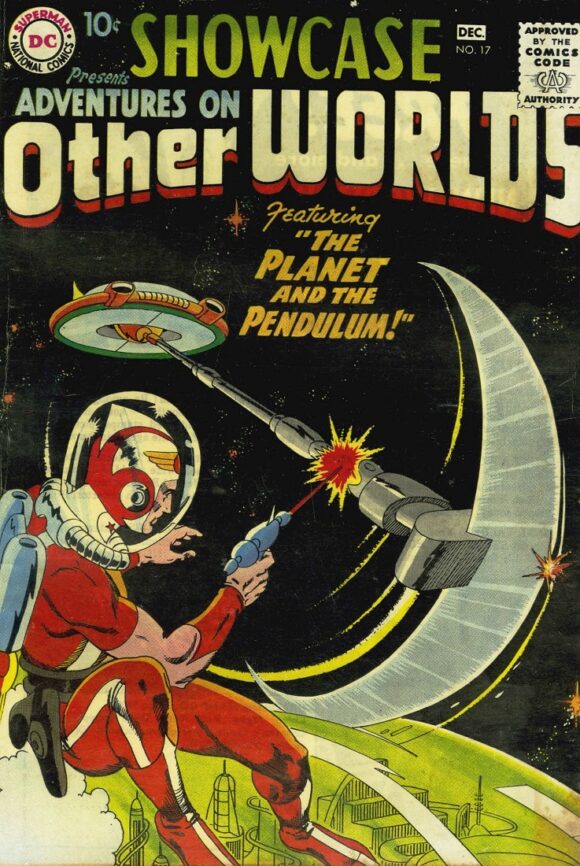 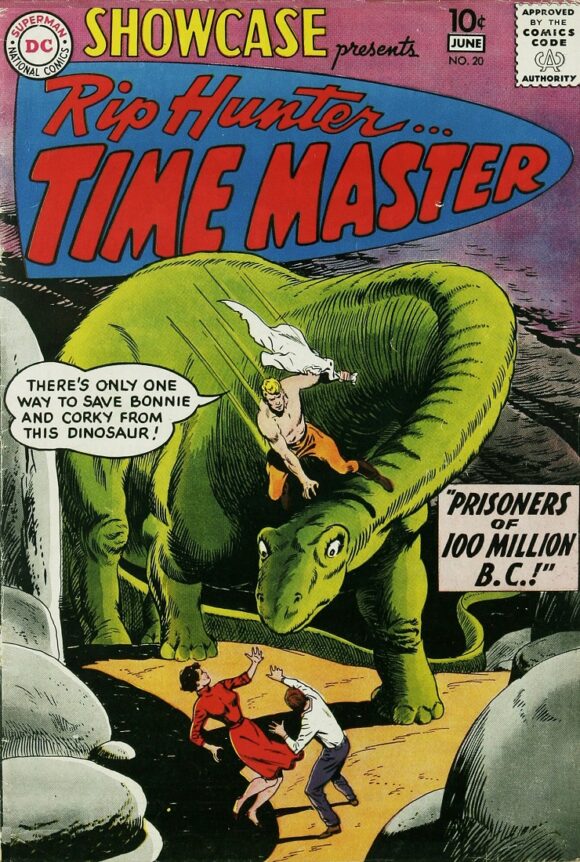 Green Lantern. The second Silver Age hero in Showcase to duplicate the name of a Golden Age comics character was Green Lantern. In Showcase #22 (Sept.-Oct. 1959), Hal Jordan was chosen to fulfill the duties of a Green Lantern Corps member by the dying Abin Sur. There were two more appearances in Showcase, #22 and #23, before the start of a 205-issue series from 1960 to 1986. 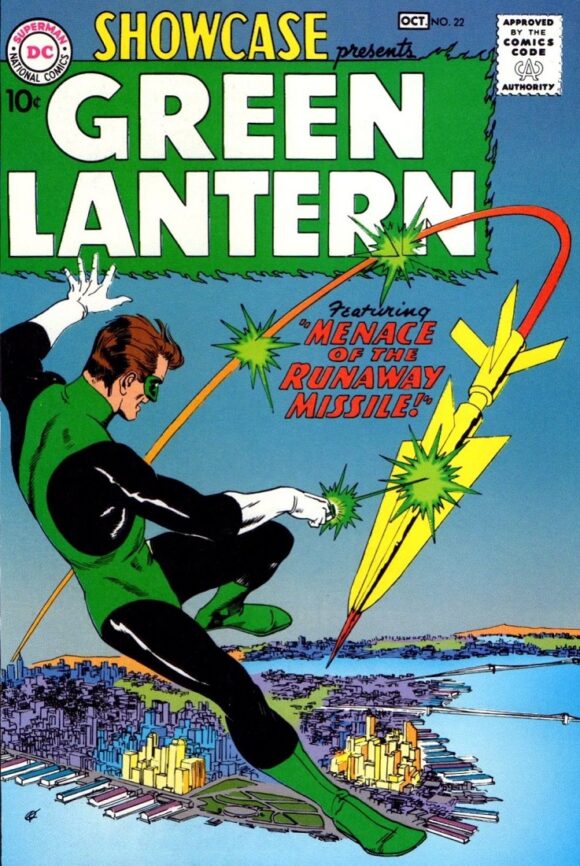 Sea Devils. Showcase #27 (July-Aug, 1960) introduced the four members of the Sea Devils undersea diving group. There were two subsequent issues, #28 and #29, before they began a 35-issue run of their own. 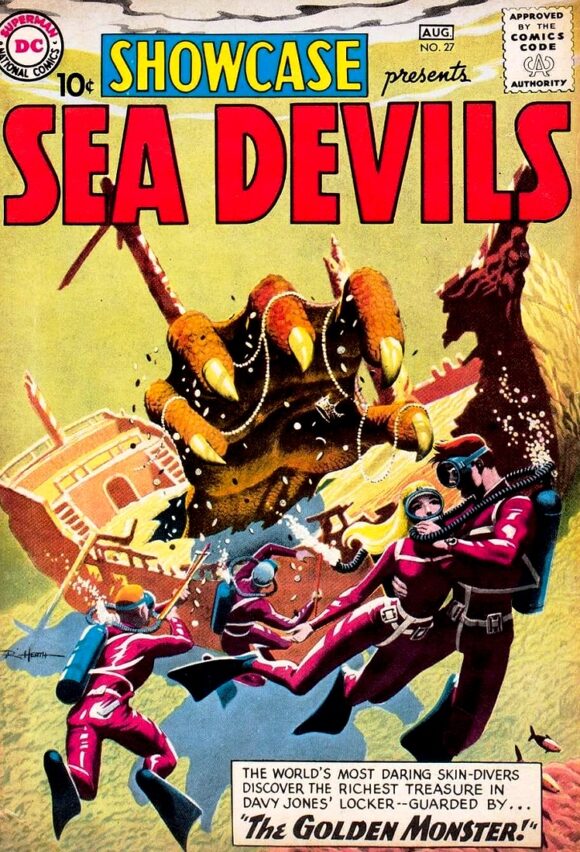 The Atom. The last new Silver Age superhero to appear in Showcase who duplicated the name of a Golden Age character was the Atom in Showcase #34 (Sept.-Oct. 1961) and then in #s 35 and 36. His own individual series ran 38 issues, starting in 1962, but then shared the title when it became The Atom and Hawkman from #39 to #45. A 46th issue under that latter title was released in 2010, 41 years later, as part of the “Blackest Night” storyline. 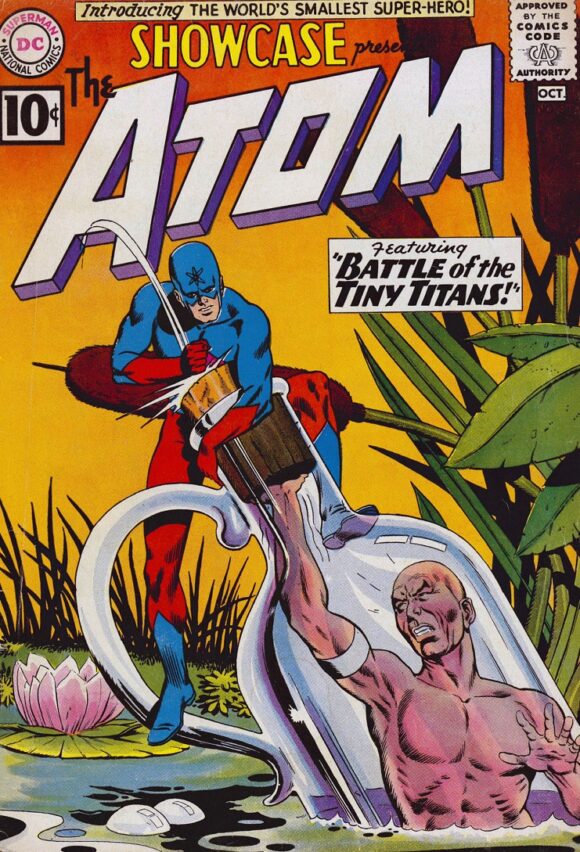 Metal Men. Showcase #37 (Mar.-Apr. 1962) marked the debut of Doc Magnus and his robot team with their human-like emotions. Showcase #s 38 to 40 continued with more adventures of this lovable group. Their own title began in 1963, the first of 56 issues. 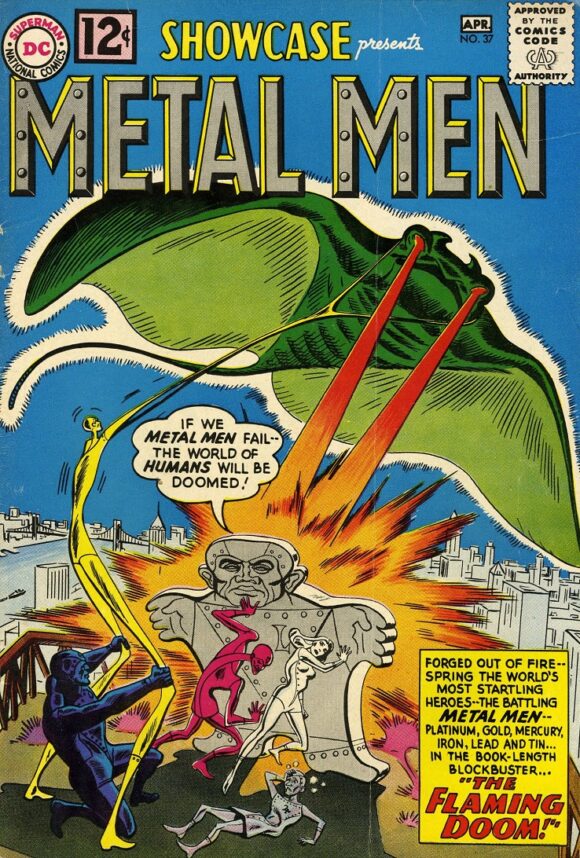 The Inferior Five. In a complete change of pace, Showcase #62 (May-June 1966) was the first in its run to go all-out comedy. Comicdom had rarely seen a more lovable bunch of goofs than the Inferior Five. They would return in #63 and #65, and then in their own 10-issue title. 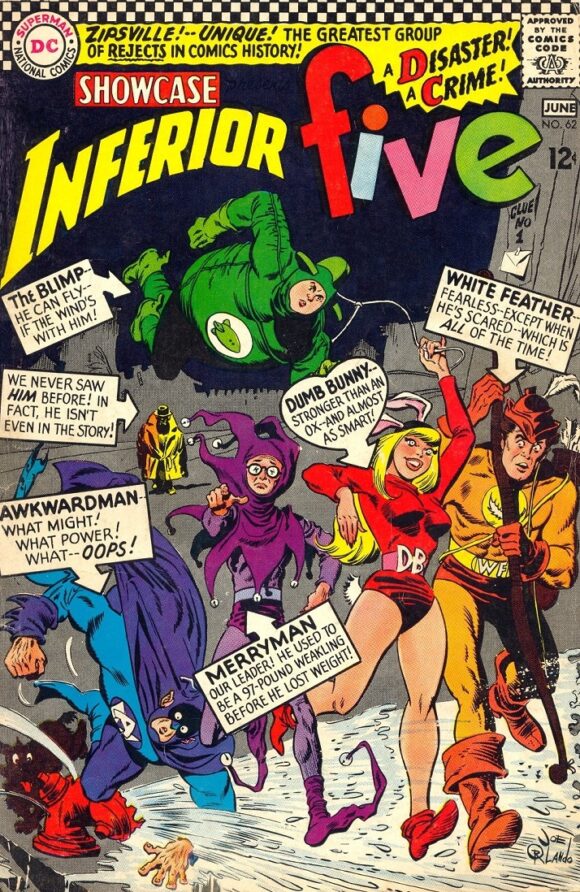 The Creeper. Steve Ditko left Marvel and created the Creeper at DC in Showcase #73 (Mar.-Apr. 1968). The Creeper’s own series, Beware the Creeper, started in 1968 but quickly ended after six issues. 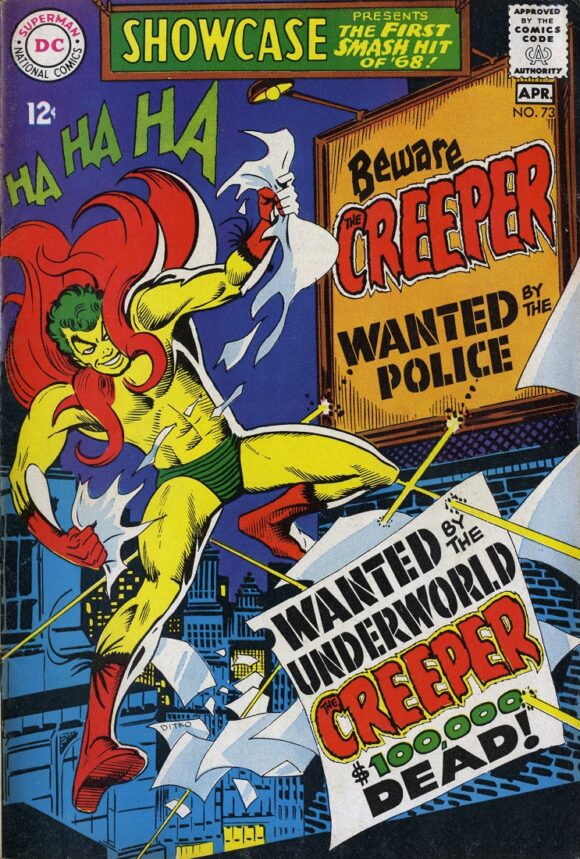 The Hawk and the Dove. Showcase #75 (June 1968) presented two brothers transformed into superheroes, the Hawk and the Dove. It was essentially a political tale of the times dressed up in superhero fatigues by Steve Ditko. A series followed but, like Beware the Creeper, ended after just six issues. 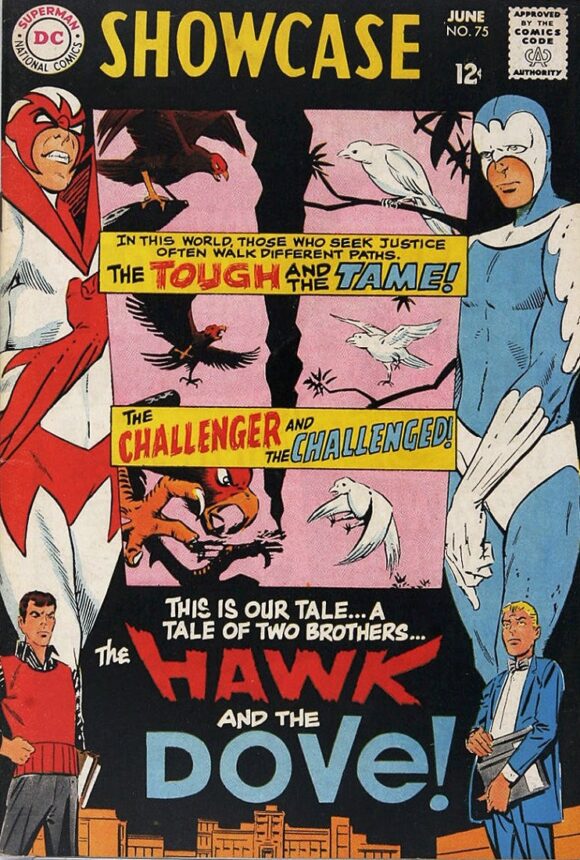 Angel and the Ape. A fan favorite, the wildly off-the-wall adventures of a private detective team, the beautiful Angel O’Day and talking gorilla Sam Simeon, the latter of whom made ends meet as a comic book artist, debuted in Showcase #77 (Sept. 1968). Now this was a premise that deserved to go right to series and it did, starting a few months later, but like the two series above, it was cancelled after six issues. — SHOWCASE #4: An INSIDE LOOK at the Birth of the Silver Age. Click here.