A stylist perfectly suited to a modern take on Captain Action.

Captain Action’s beginnings may have been crafted by the greats like Murphy Anderson and Gil Kane, but Paul Gulacy gives him a completely different vibe. Here’s Ed Catto of Captain Action Enterprises:

“Paul Gulacy’s that artist that you loved years ago and his most recent work will just dazzle you too. Like so many fans, Master of Kung Fu, with its bleeding-edge blend of cinematic action, pulpy adventure and textured character development, was our gateway to the slick world of his artwork.

“Moonstone publisher Joe Gentile suggested Paul for the cover to Issue #0 and we couldn’t have been happier. His cover captured the cinematic spy vibe we were going for perfectly. It was actually the best-selling comic that Moonstone ever produced. 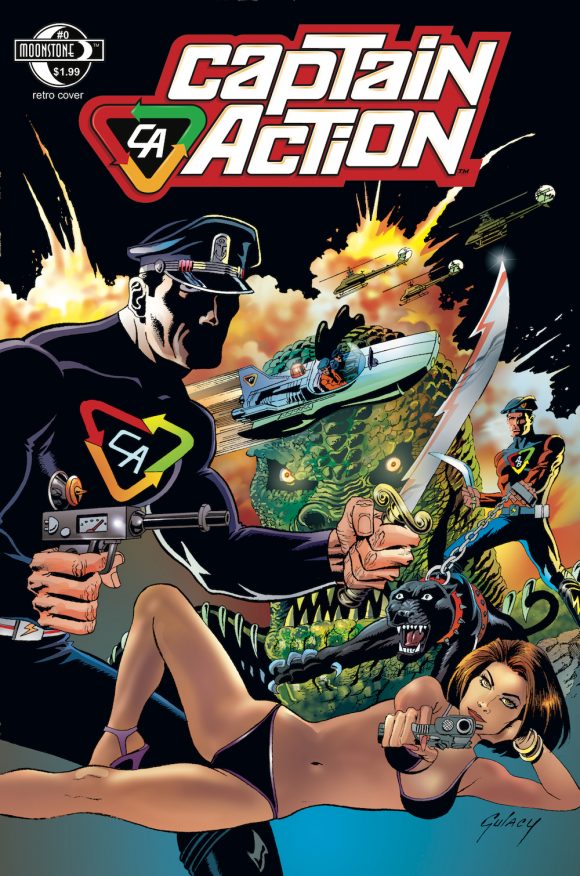 “One side story: A local newspaper didn’t want to run a Captain Action story because they felt the woman in the bikini was too sexy.”

But that wasn’t the only time Gulacy took on the good captain, Ed notes.

“Every time we went back to Paul, he’d deliver another great cover — Captain Action #5, Lady Action #1 and even a trading card. 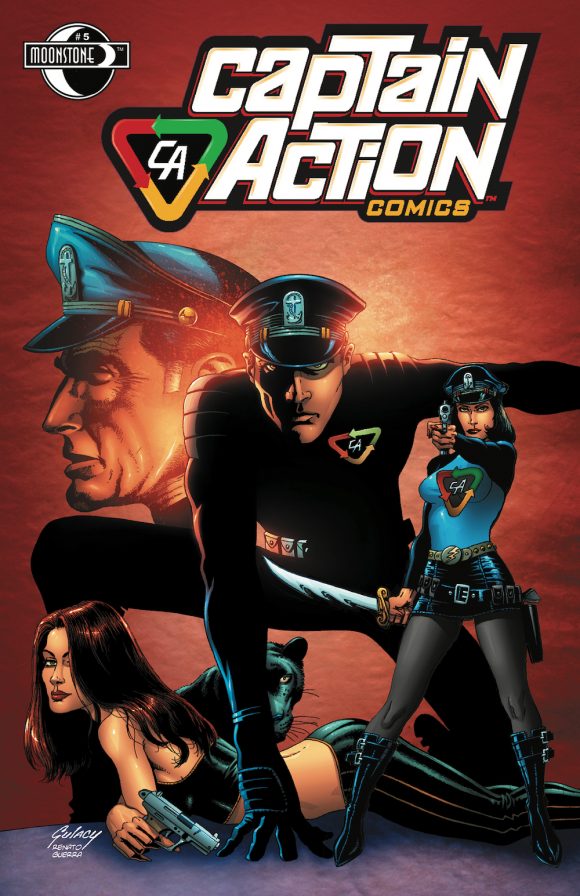 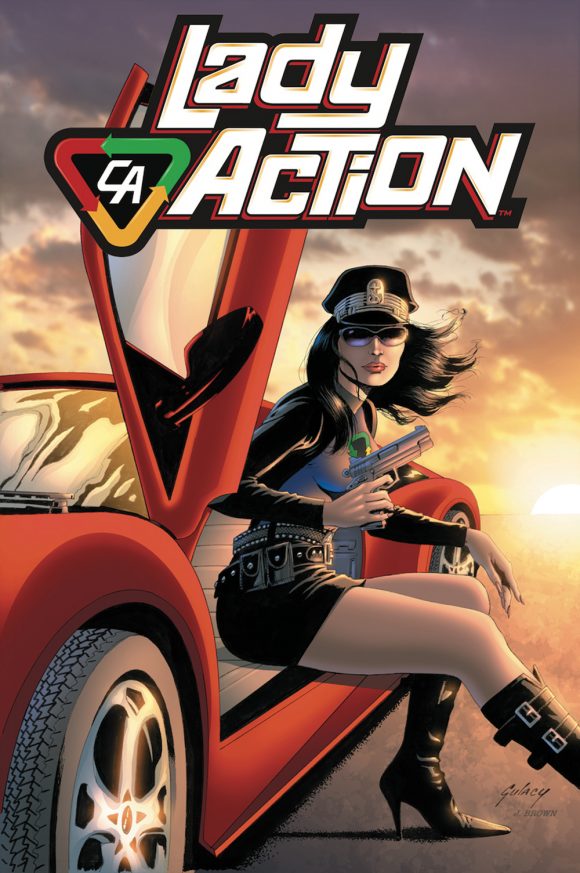 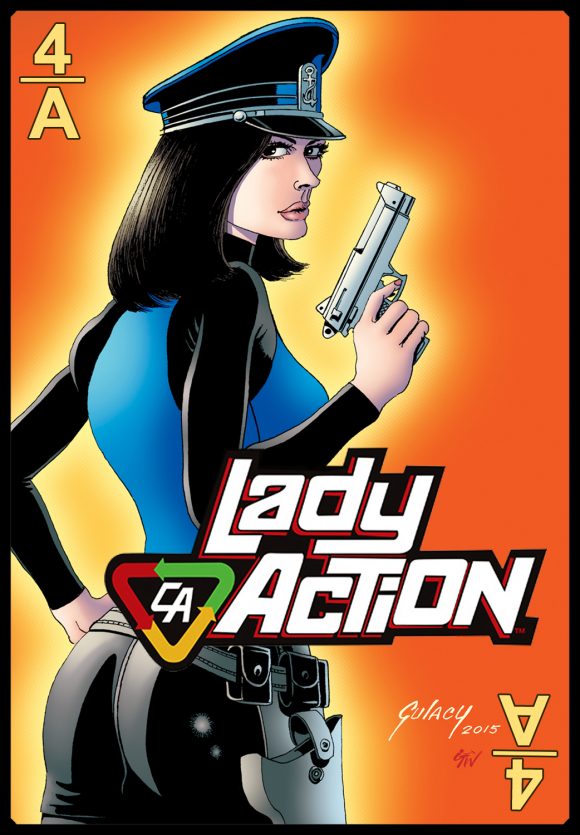 “Jeff Vaughn of The Overstreet Guide to Comic Book Prices suggested Captain Action, as rendered by Paul, might make a cool cover to help celebrate the book’s 45th anniversary. We agreed and again, Paul (with colors by Jesus Merino) hit it out of the park!”: 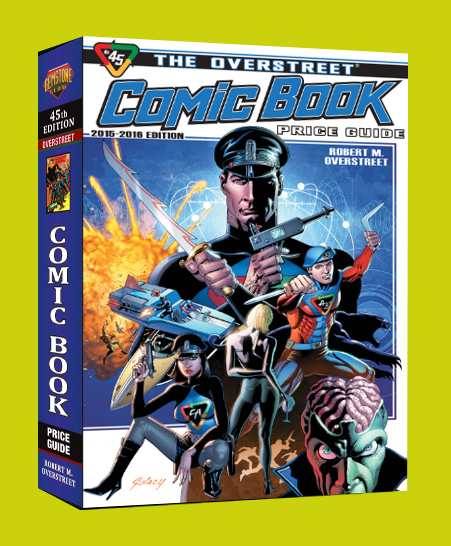 “Paul Gulacy is like a rock and roll star — both off the page and in real life. Every conversation is encouraging and his enthusiasm for comics is infectious. Each time we work with him it’s like buckling into a new roller coaster. You never know exactly where’s it’s going — but you do know it’ll be a ride to remember.”