We start the series with the godfather of CA artists.

In case you missed it, for 13 weeks we’re celebrating 13 great comics artists who’ve put their stamp on Captain Action, the kitschy cool superhero supertoy of yesteryear. (Click here for more on that.)

Why are we doing this now? Because the recently released Captain Action card game is filled with great art and it just seemed like a nifty idea.

The list isn’t in any particular order — except there was no way I was going to start with anyone other than Murphy Anderson, one of the architects of DC’s Silver Age — and the artist who handled most of the CA packaging art for Ideal. 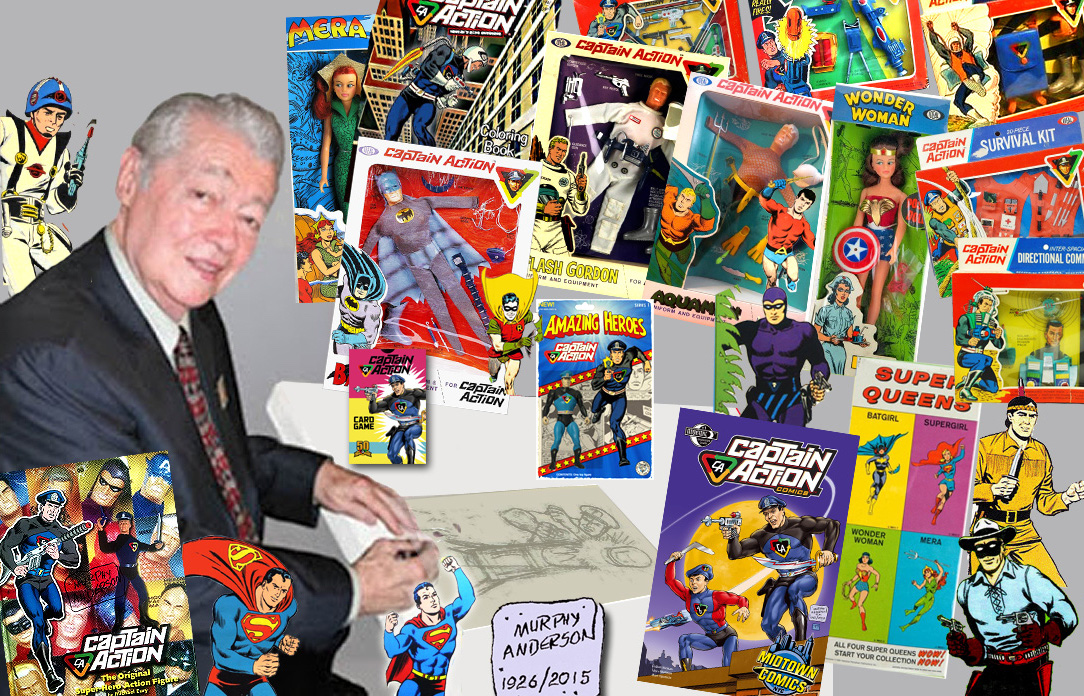 “He initially did a painting of Hawkman, as Ideal was originally thinking painted art, but then they decided to opt for comic-book line art instead. Murphy was responsible for the art for Batman, Superman, Aquaman, the Phantom, Flash Gordon, in the first wave of uniforms, then Lone Ranger, Tonto and Buck Rogers in the 2nd wave of uniforms. 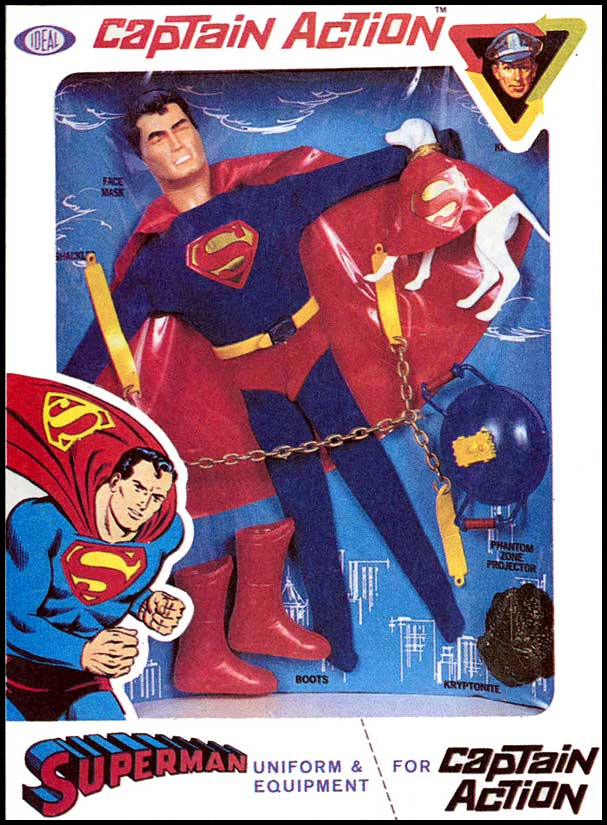 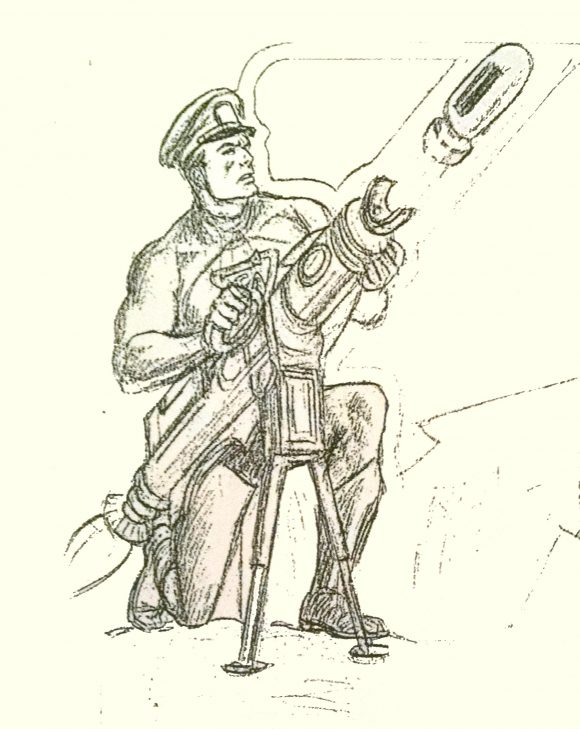 Anderson’s early pencils for the CA Jet Mortar package. It was rejected by Ideal, which wanted a more dynamic shot. (From Michael Eury’s Captain Action: The Original Super-Hero Action Figure, from TwoMorrows.)

“For junior hero Action Boy, he drew Robin, Superboy and Aqualad  and drew Captain Action himself on his accessory pack sets. Lastly, he was also tapped to do the packaging art for Ideal’s Super Queen doll line, a sister line for girls that included Wonder Woman, Supergirl and Batgirl.” 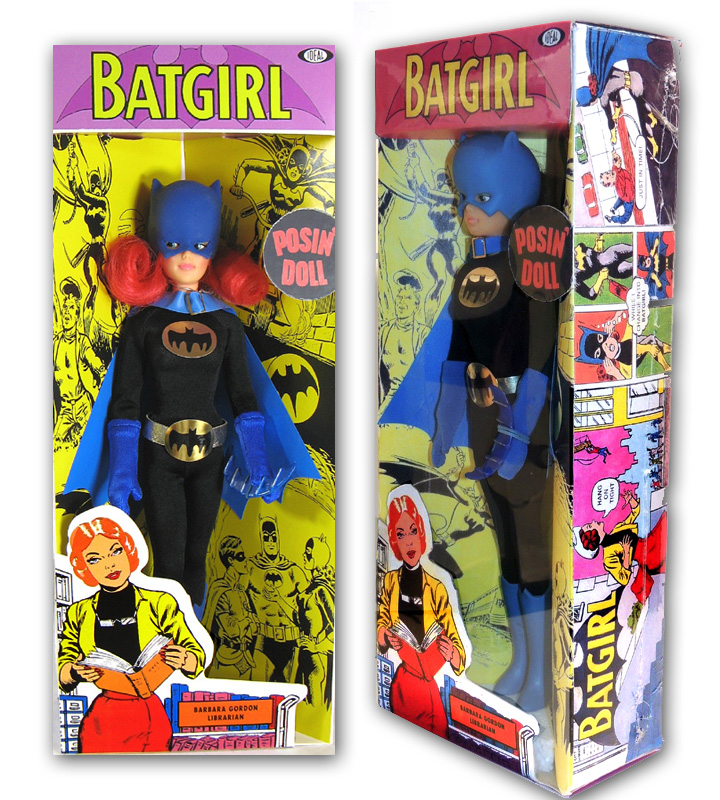 But Anderson wasn’t done with Captain Action, even as the line faded away.

“Fast forward to 2008 when we were relaunching Captain Action via Moonstone Comics,” Joe said. “We contacted Murphy as we wanted him to be a part of our first-issue relaunch. Murphy told us that he was disappointed at not being chosen to work on the 1968 DC comic book, so we were happy to bring him full circle by getting him to draw a special cover for Issue #1 of Captain Action.” 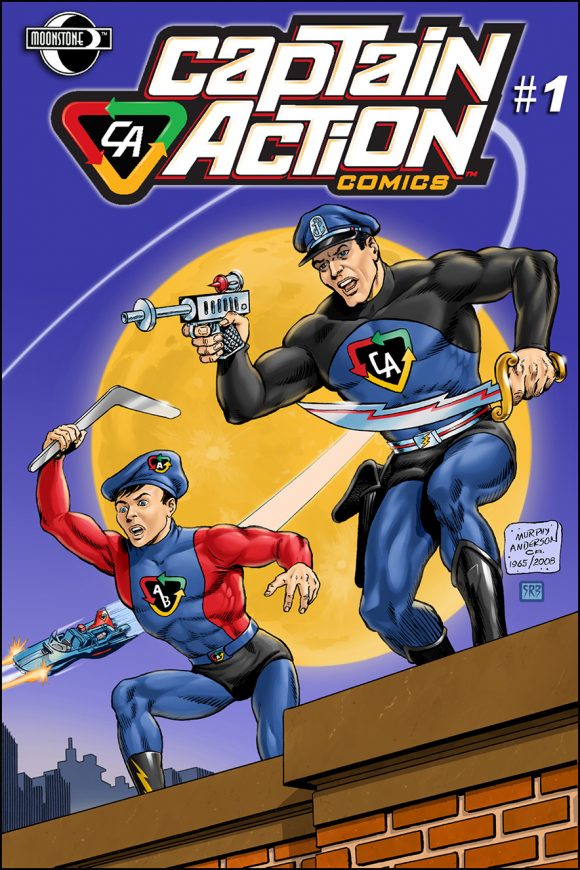 I love that the image was a riff on the famous Batman and Robin pin-up from the ’60s, drawn by Carmine Infantino … and Murphy Anderson. 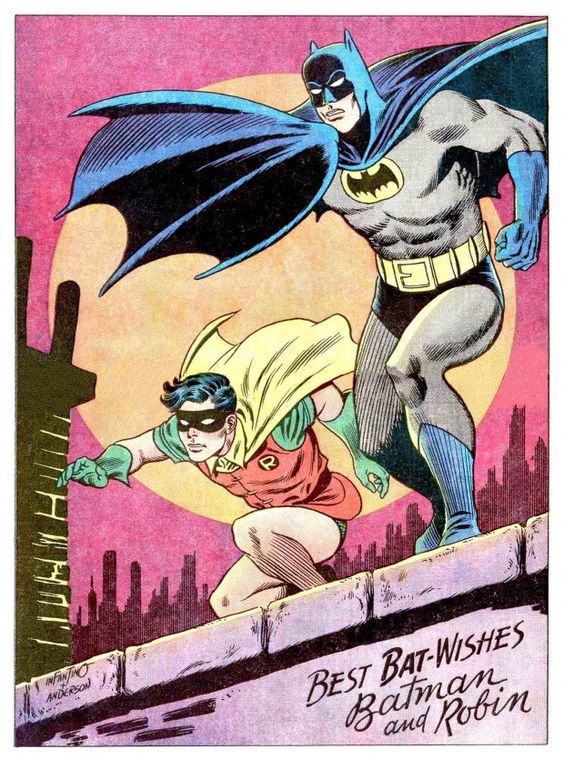