A perfect blend of yesterday and today.

Mike Allred’s art is the embodiment of retro cool, so it only made sense that he’d end up working on Captain Action at some point. 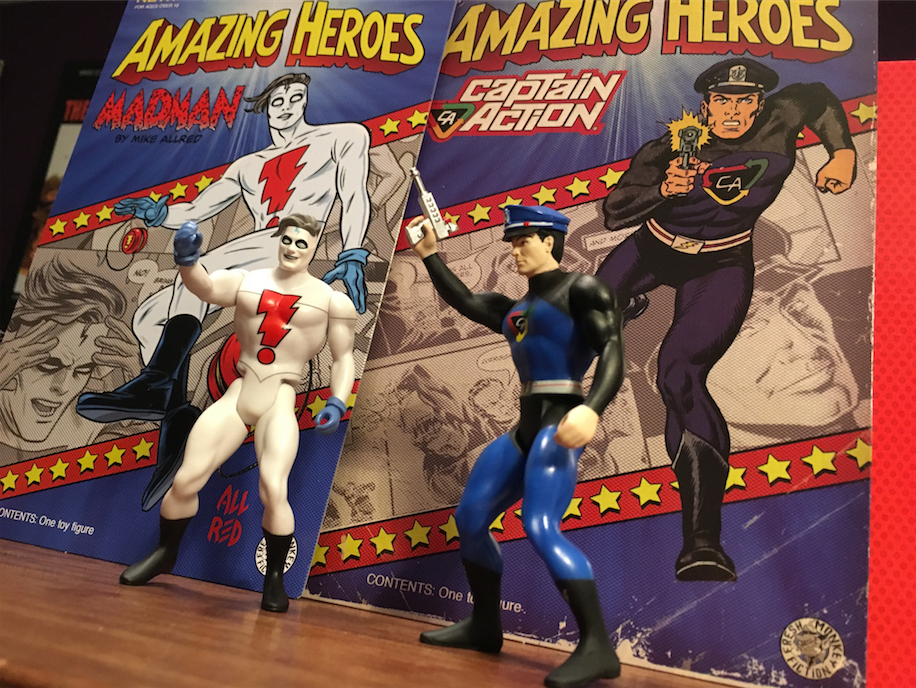 “His straightforward style is deceptively simple, but we know how much Mike Allred puts into everything he creates,” said Captain Action Enterprises’ Ed Catto. “His work is a seamless mash-up of fun, simpler times, smoothly swirled with the edgy excitement of today’s comics.

“The Captain Action team has always been big Mike Allred fans. And then when we saw how this clever artist snuck Captain Action into the background of a big DC group shot (in Solo #7) we knew he was ‘one of us.’ 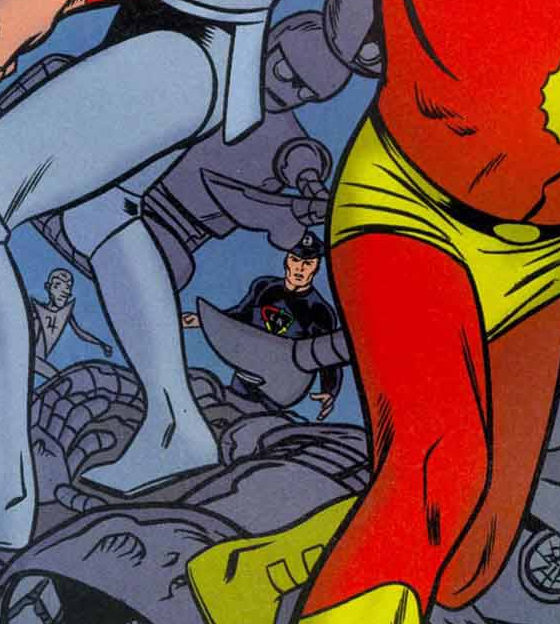 We recruited Mike for the first issue of the second season of our Moonstone series — and he delivered in spades. In fact, the cover image was featured on the cover of Comic Shop Insider and has appeared on countless promotional items. 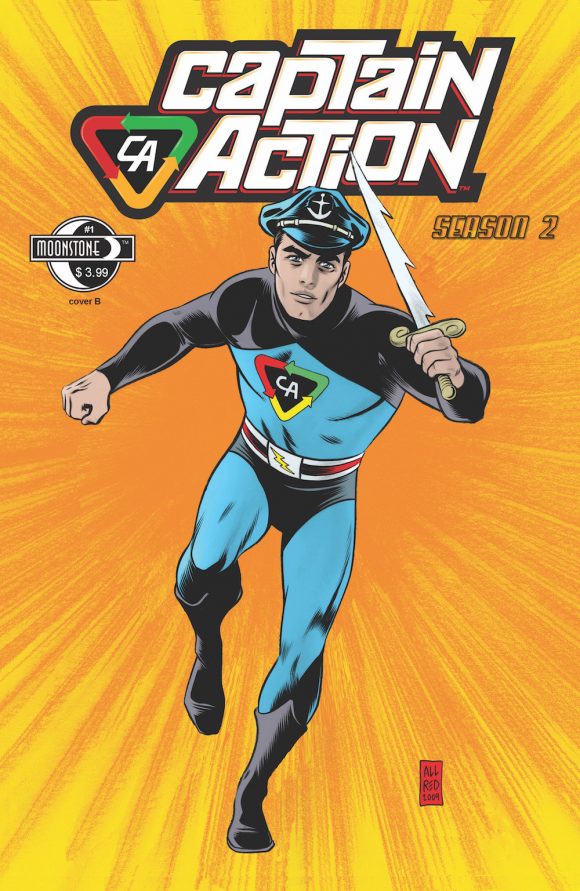 “He’s such an impressive creator. Allred’s ‘older’ series, like Madman and X-Force/X-Statix are still as fresh and fun as when they debuted, while his new work continues to jump off retailers’ comics racks. For Team Action, Allred’s Silver Surfer is always on top of our new comics “to read right away” list.