For 13 weeks we’ve celebrated 13 great comics artists who put their stamp on Captain Action, the kitschy cool superhero supertoy of yesteryear. Click here for installments on other artists like Murphy Anderson, Dick Giordano and Mike Allred.)

We began with Murphy Anderson, the godfather of Captain Action artists. We end with Kurt Schaffenberger, the artist whose ads made us drool in all those 1960s comics.

This first one made me so jealous. Growing up in the ’70s, I’d see it in my back issues but Captain Action was already gone from the shelves. Ever since, there’s been something vaguely exotic about him to me. 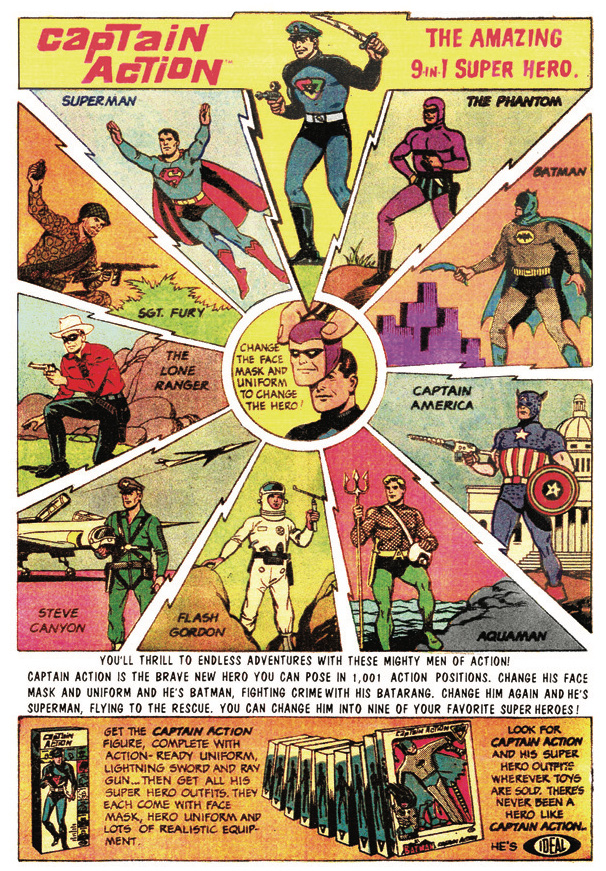 Instead, Schaffenberger drew several Captain Action advertisements that were used primarily in comics. His work, as always, was clean and sharp and signaled to fans that this Captain Action toy was “the real deal.”  And he even got the chance to render Dr. Evil and Action Boy in the advertisements.

His ads almost served as bookends to Irv Novick’s G.I. Joe ads, which had previously appeared in a myriad of comics. Schaffenberger, although known as a Captain Marvel and DC artist, also drew ads for many other Ideal toys. 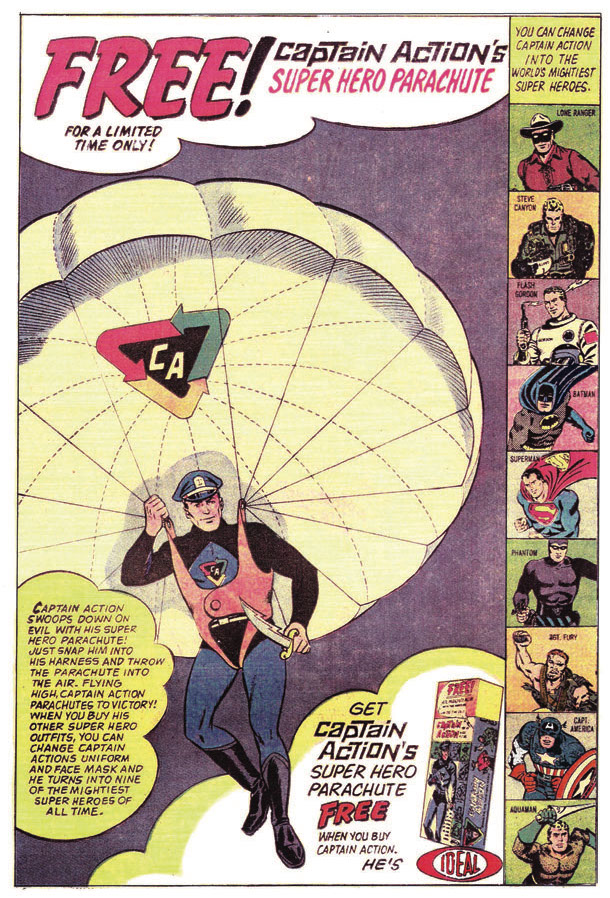 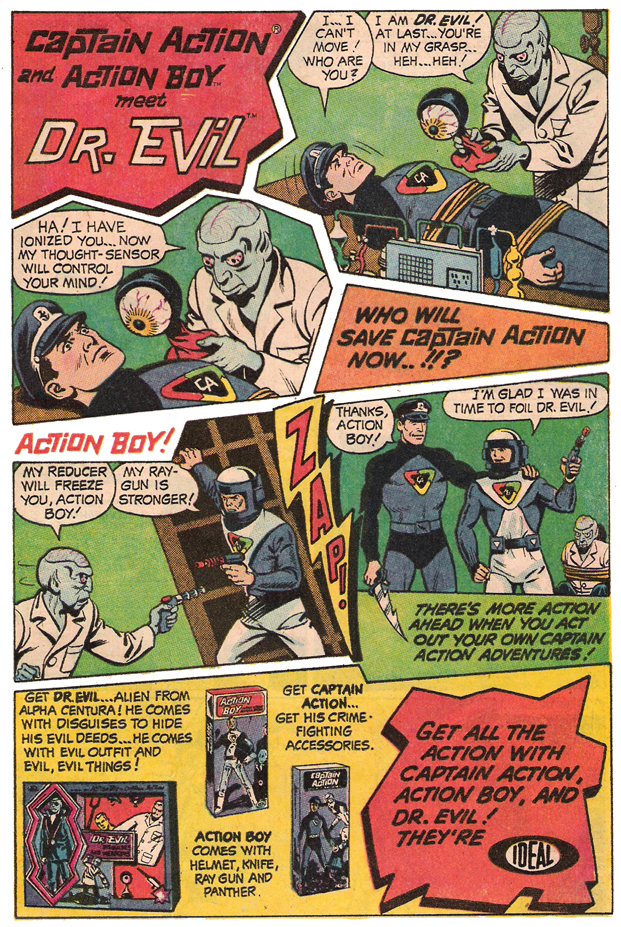