The Marvel stalwart and the highly collectible “yellow book.”

You know what I love? Here’s what I love. Catalogs of comics stuff. Like the old Heroes World catalogs. Or little promotional booklets or checklists that promise you even more cool stuff than you already have. (They also could make you ungodly jealous, though.)

“Chic Stone is best known for his great inking in the early ’60s Silver Age at Marvel Comics. Stone began inking industry legend Jack Kirby’s pencils on Fantastic Four (issues #28-38, Annual #2). He also inked Kirby on early issues of X-Men and the Thor feature in Journey Into Mystery, and the two artists collaborated on covers across the spectrum of Marvel’s comics. Chic also had some un-credited inking duties on Batman and Superman comics for DC.

“With Captain Action, Chic provided the artwork for the sought-after 1967 Ideal Toys mini-comic that collectors refer to as the “yellow book” due to its bright yellow cover. The 32-page mini-comic accompanied many of the Captain’s boxed costumes & accessories and advertised all of the Captain Action uniforms and accessories that were available at the time. The story features a young boy named Jimmy who dreams of an adventure where Captain Action defeats an invasion of one-eyed aliens by becoming a host of other heroes and utilizing his own arsenal of weapons.”

Dig it. Check out some highlights: 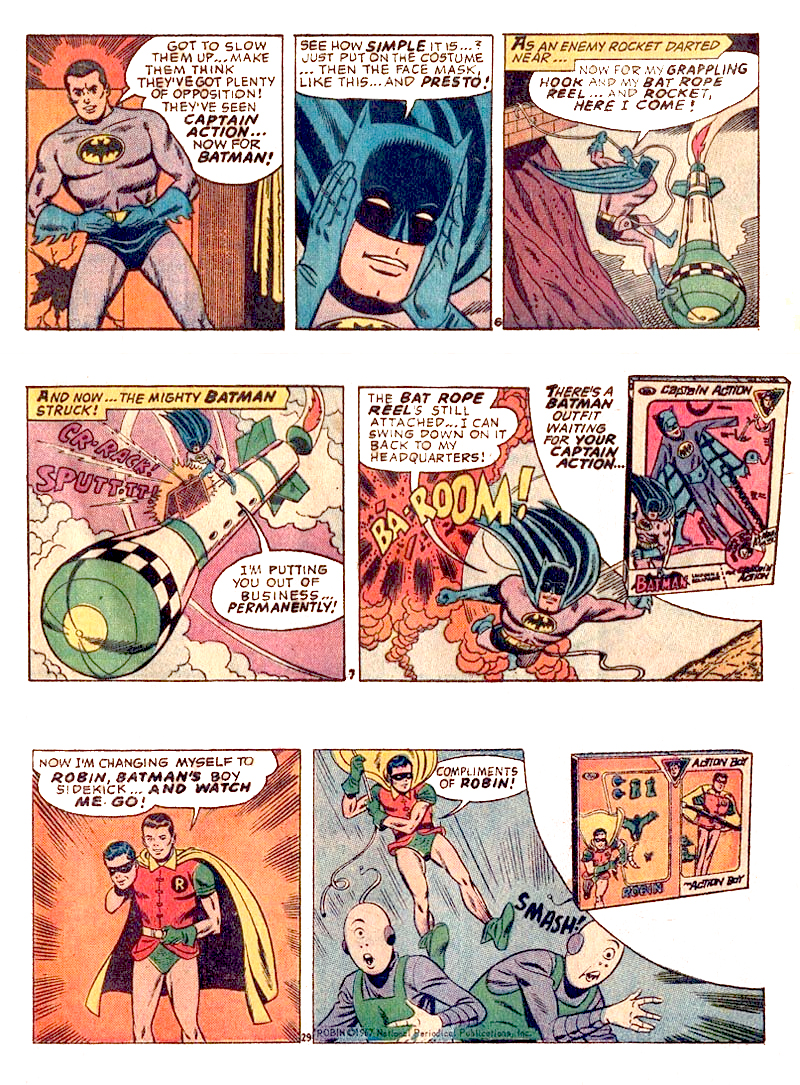