The humor master was born 85 years ago! 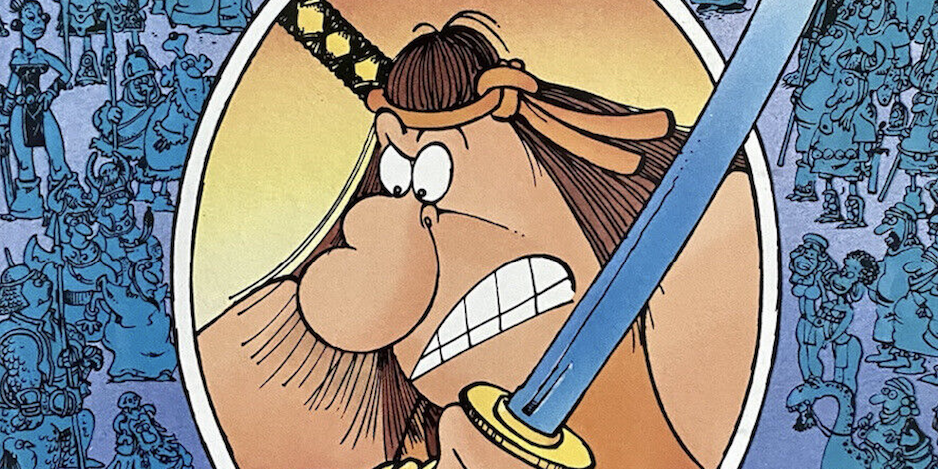 I was lucky enough to have interviewed Sergio Aragonés (our birthday boy, born September 6, 1937) a number of years ago and I found him to be an entertaining one-man show, with limitless energy, humor and patience.

He was born Sergio Aragonés Domenech in Castellan, Spain, and his father, a film producer, moved the family to Mexico City where Sergio grew up. He drew comic cartoons for about 10 years there before he moved to the U.S. where his work appeared in Mad magazine and in DC Comics. He was also a regular performer on the revived Laugh-In in the late 1970s. And, of course, he created Groo.

Below is a small excerpt of my interview with him, published in 1986’s Amazing Heroes #99, that focused on his barbaric creation. Thanks to Fantagraphics for permission to reprint it. 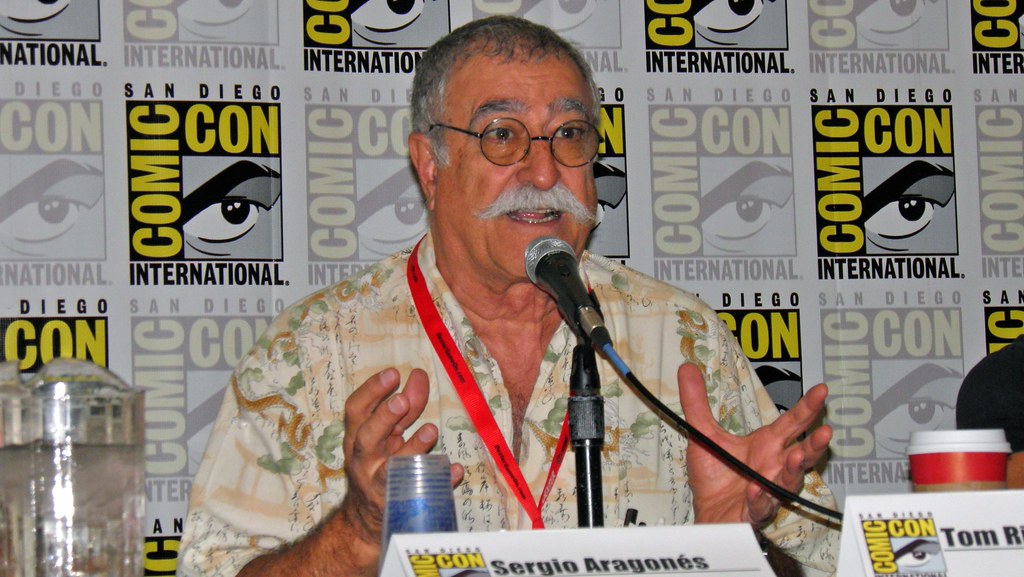 Peter Bosch: Did you have quite a few ideas for a Groo series at the beginning?

Sergio Aragonés: First, I did 10 million sketches of the guy doing positions like a little adventure story. I did tons of them. Then I did one page to see how it would look in a comic-book form. And I liked it. It was this one (Page 30 of the Eclipse Groo Special #1, see below). And it was just a gag in itself. So, after that page, I did (another) one and I wrote part of the story, slowly. But it lay there totally unfinished because it was like a practice story. No plot, no nothing; I didn’t know what was going to happen. I did an entire story and then Mark Evanier told me they were doing this benefit issue (Destroyer Duck #1, 1982, Eclipse, a special issue to raise funds for Steve Gerber in a lawsuit against Marvel about the ownership of Howard the Duck) and asked if they could publish that Groo story, the one with the monster falling on top of the girl. I said sure. Then I wrote a lot of story outlines.”

Peter: How did the actual concept of Groo come about?

Sergio: I have always liked Conan, the (Robert E.) Howard books, but as I read them I always thought they were very funny. I mean in the sense of a barbarian in a loin cloth walking around in a helmet with horns. Generally, it was terrific and I loved it, but I couldn’t see it as serious. See, when you visualize something, you visualize it with people like us. When I saw Conan – there were no movies and no comics – I saw him with my humorous style. I couldn’t help it. So I always wanted to do a humorous barbarian, and that’s how Groo came about. 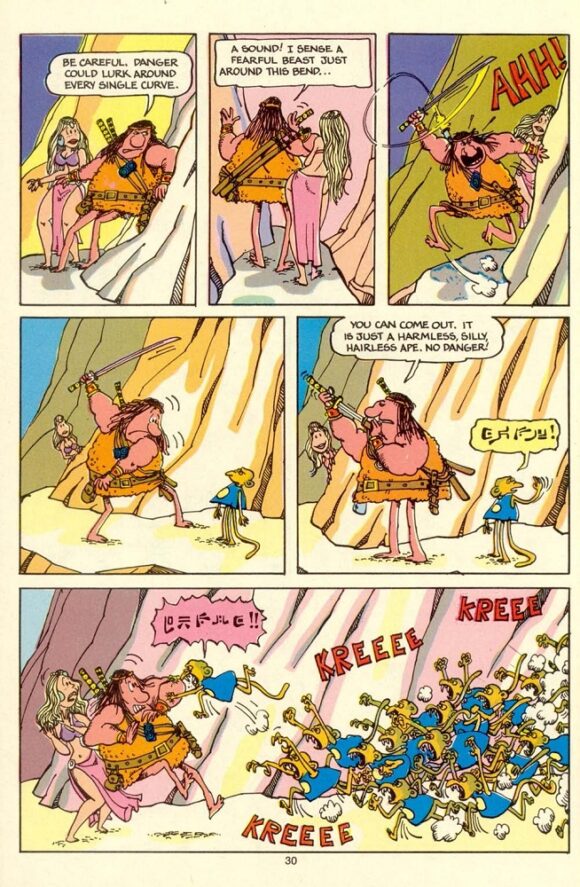 The first page Aragonés drew in coming up with the concept of Groo. The page was revised (seen here) for Groo Special #1 with Aragonés and Mark Evanier co-plotting the story and Evanier writing the dialogue. 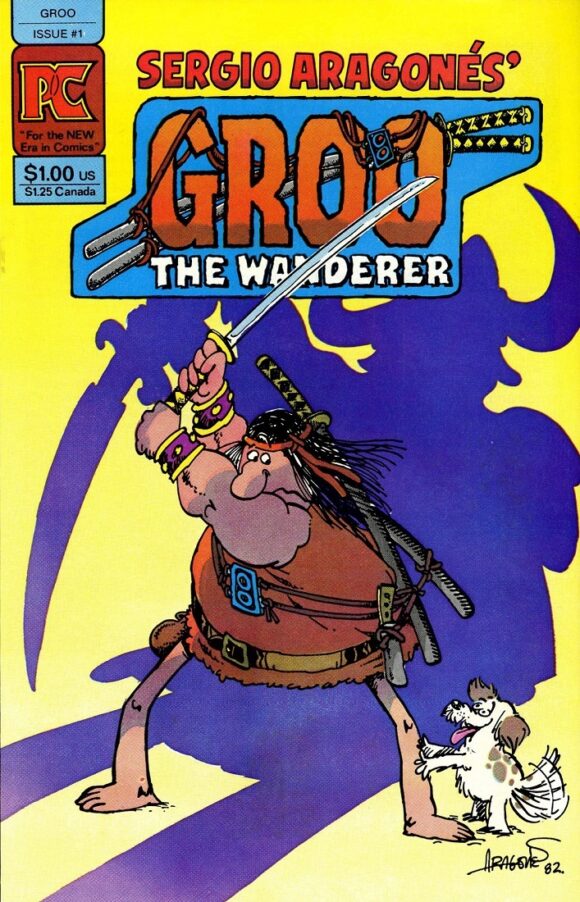 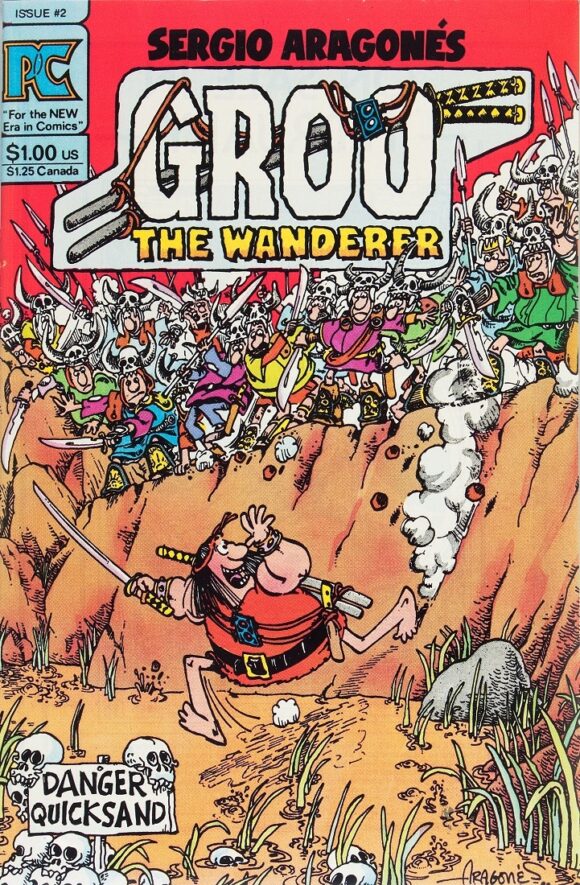 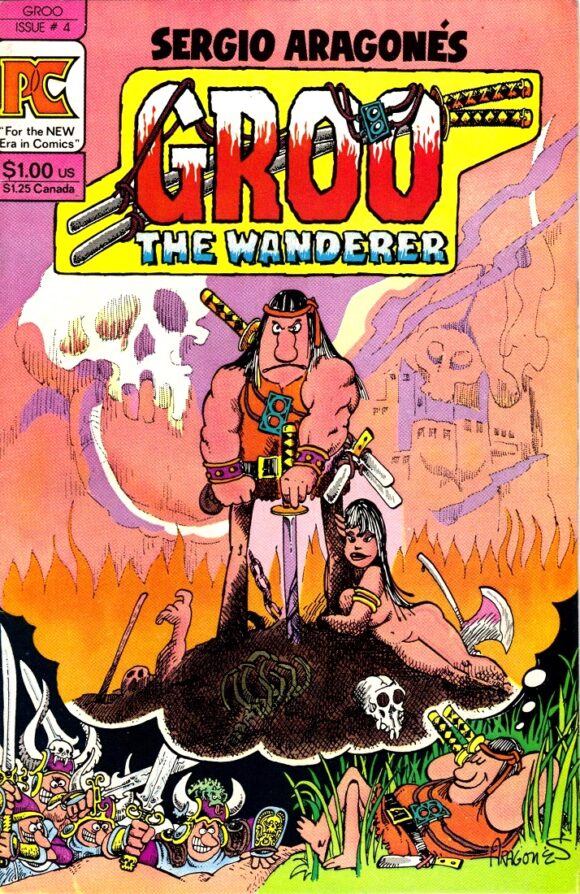 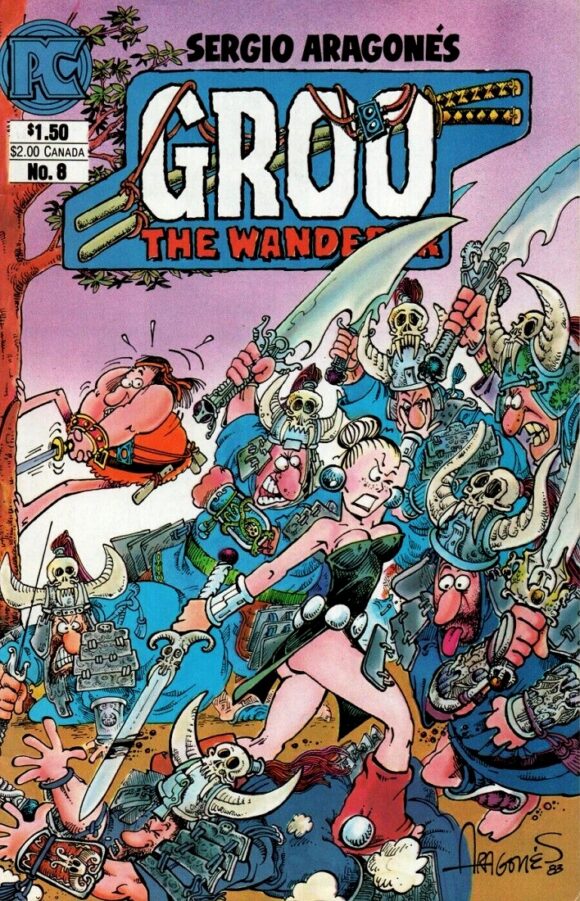 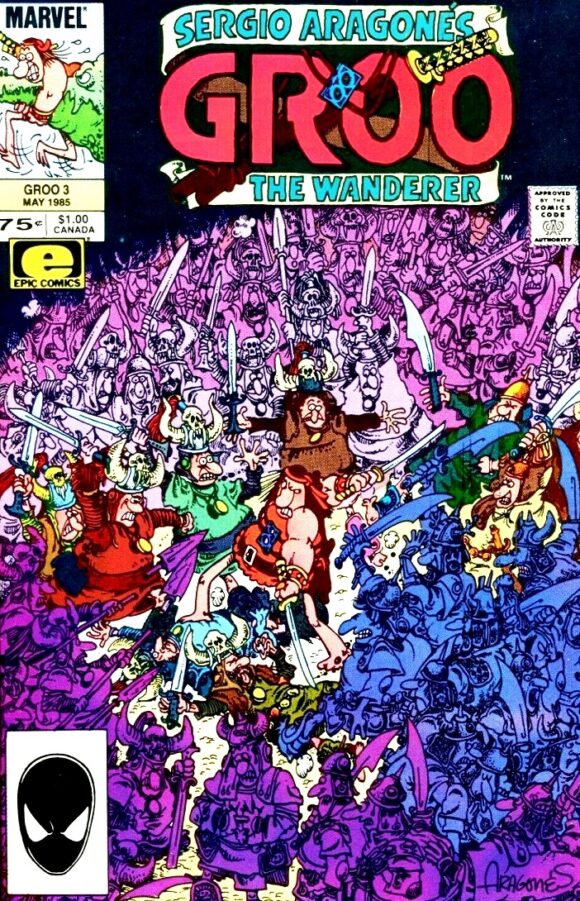 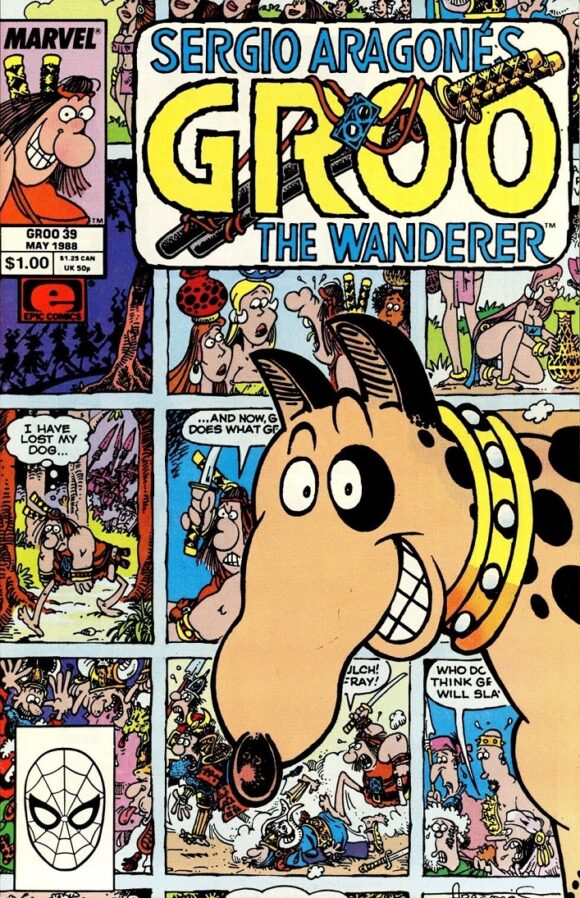 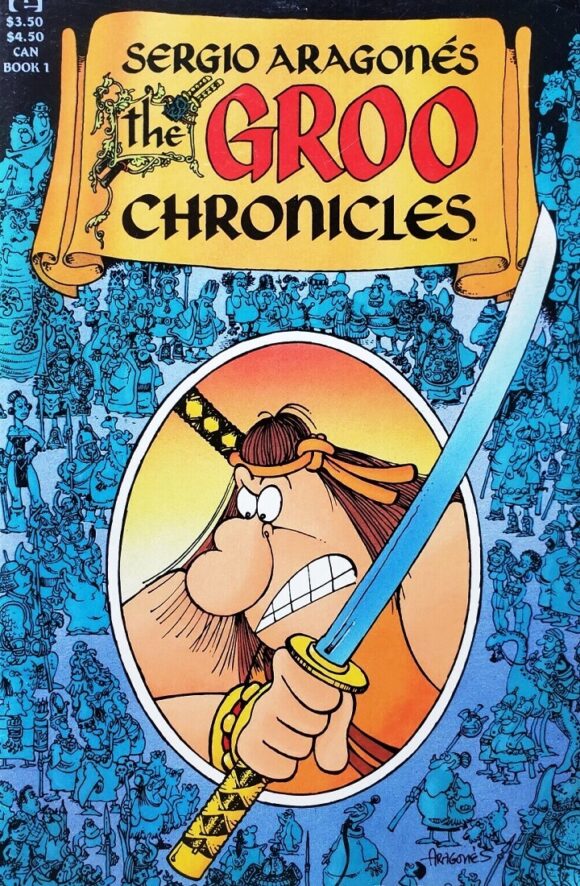 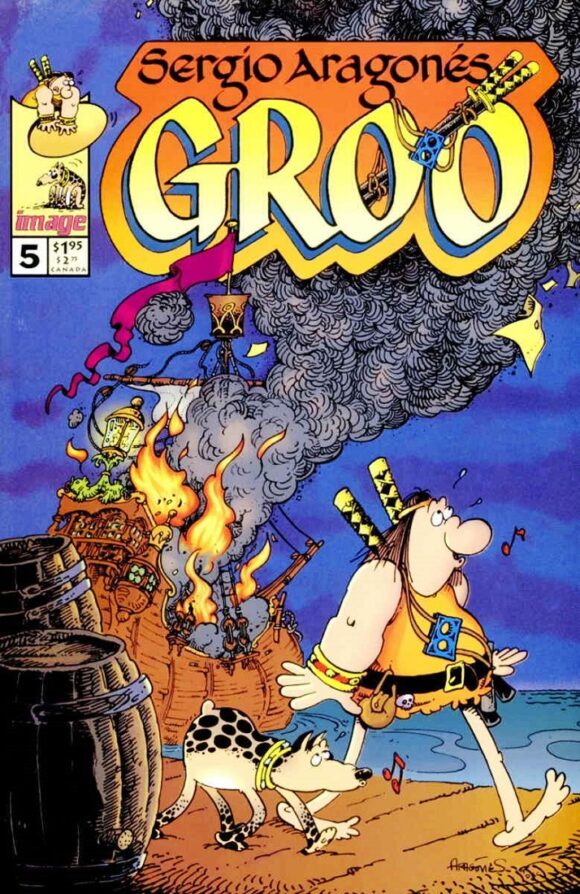 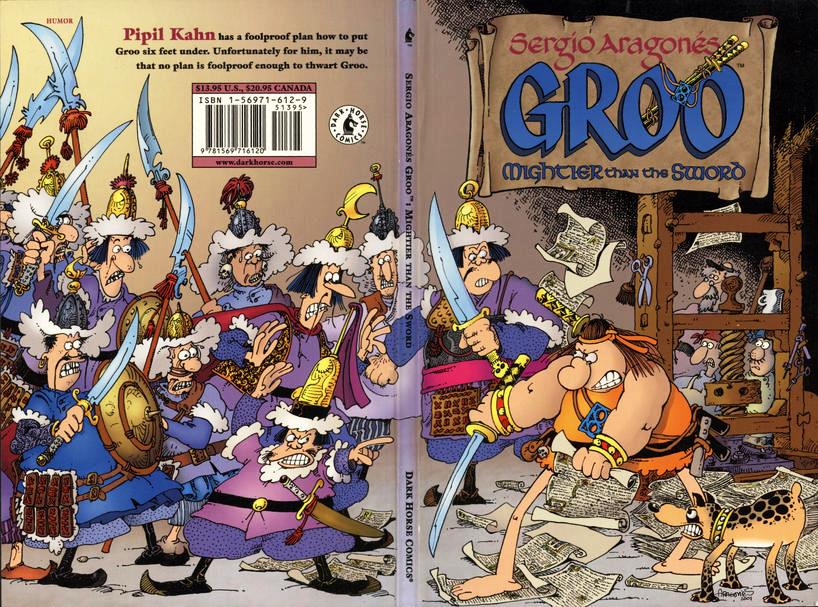 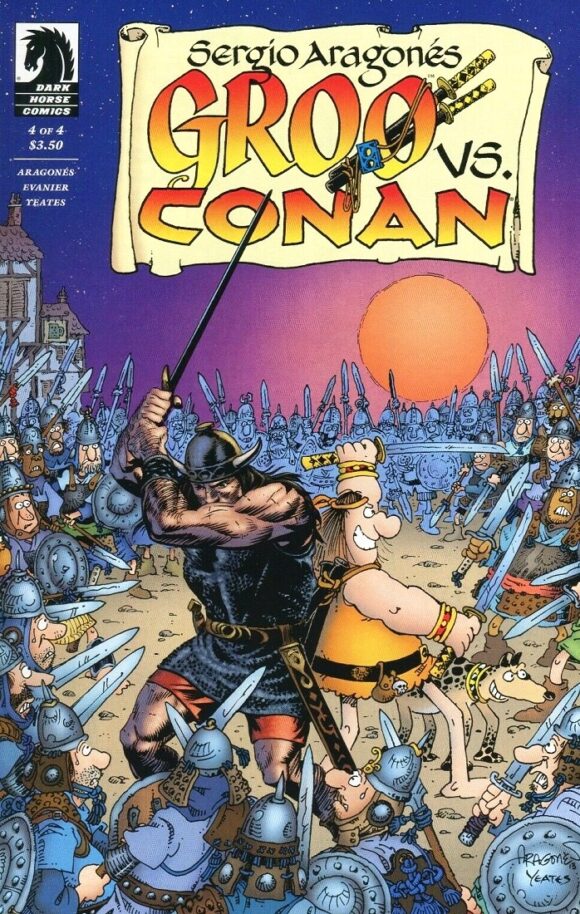 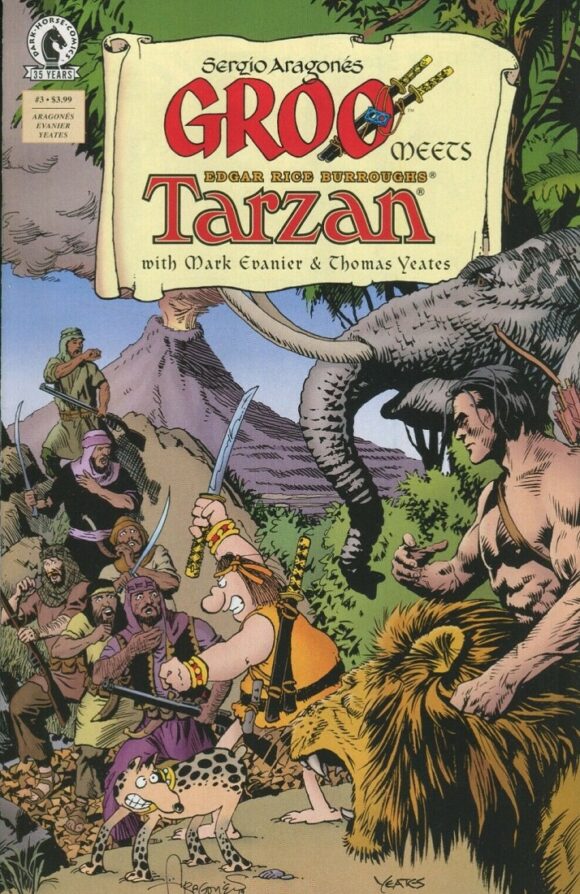