13 COVERS: A Salute to MAD MAGAZINE

The end of a beloved mag… 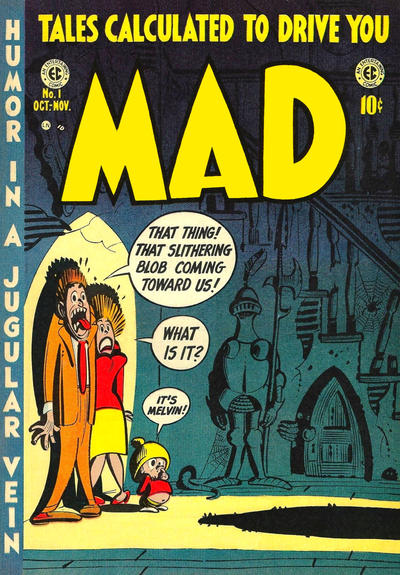 I’m sure you’ve heard the news by now that Mad is shutting down after its upcoming Issue #10. (You may recall that a little while ago DC rebooted the series back to #1.)

“After Issue #10 this fall there will no longer be new content — except for the end-of-year specials which will always be all new,” DC said in a statement. “So starting with Issue #11 the magazine will feature classic, best-of and nostalgic content from the last 67 years.”

Issues will feature new covers, and books and special collections will continue, as well.

So this is kind of bittersweet. It’s disappointing that Mad wasn’t able to keep up with modern tastes — which, let’s face it, is why it’s going away — but at the same time I’ll probably pick up a copy for the first time in years if the series starts reprinting material from, say, the ’50s, ’60s and ’70s. 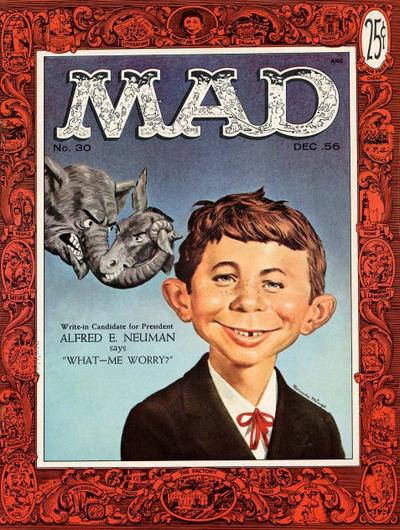 Norman Mingo. Frame by Kurtzman and Will Elder.

In the meantime, I can’t help but think back to just how big a deal Mad was in its heyday. It was a satire magazine, of course, but in essence it was the one comic book that was socially acceptable at multiple ages and levels.

Everybody read Mad Magazine. My sister read it, my friends read it, older kids read it, I read it.

My wife Wendy, who is not much of a comics reader, read it growing up. We were talking this morning about how much fun it was, how great the fold-ins were, how it made you feel smarter. (We disagreed on the merits of Spy vs. Spy. I’m pro. She’s anti.) It also gave us some of our earliest political awakenings. 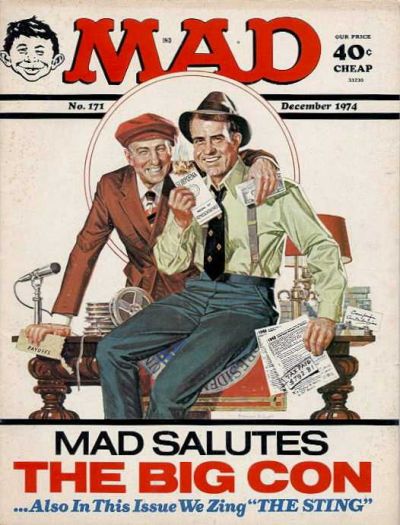 But I also talked to my 20-year-old son, Sam, who dabbled in Mad for a spell. He was a little let down too but he pointed out that Mad wasn’t really relevant to him and his friends. Where we grew up in a world where everyone read Mad, he only knew a couple of kids who did.

And that’s it right there, isn’t it?

My recollection is that our friends, Paul and Nina Kessin — who, remarkably, also introduced us to the Beatles and me to comics stores — clued my older sister Paula and me in on Mad. After that, Paula got it all the time. (I think she subscribed.)

I dug it overall of course, but I was really taken by its pop-culture parodies. I read and re-read the Planet of the Apes, James Bond and Star Wars satires over and over. 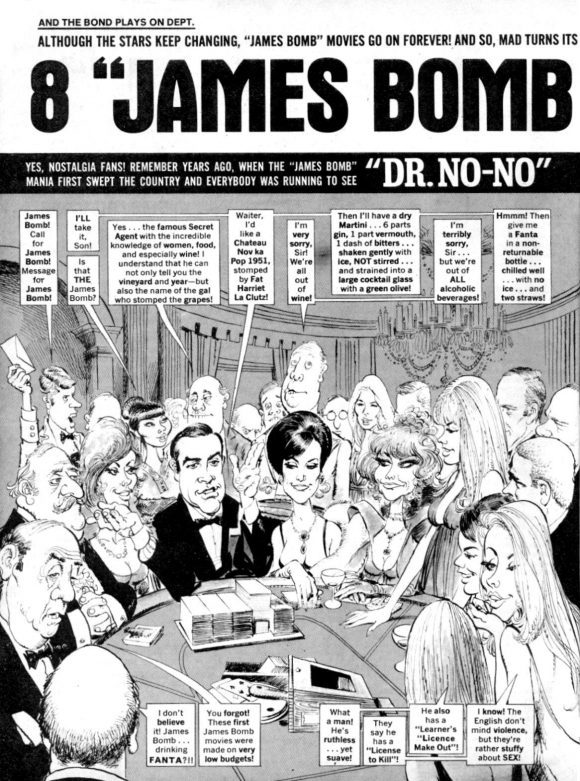 From Mad #165. Written by Arnie Kogen. Art by Mort Drucker.

Naturally, all this calls for a 13 COVERS salute — a mix of personal favorites and noteworthy ones, including those I’ve shown off above. I’ll also be re-presenting some Mad material we’ve run over the last few years — such as 13 GREAT AL JAFFEE FOLD-INS — and you’ll find the links below.

Anyway, Mad is leaving us, in very large fashion. 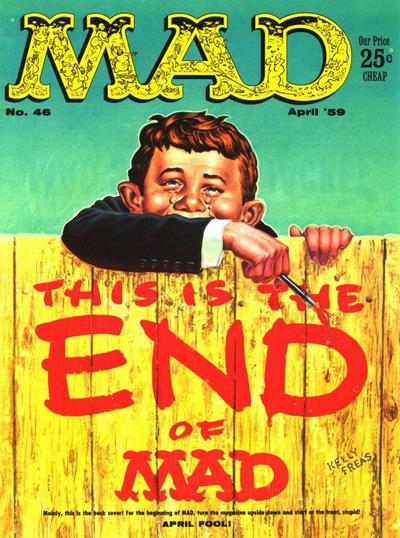 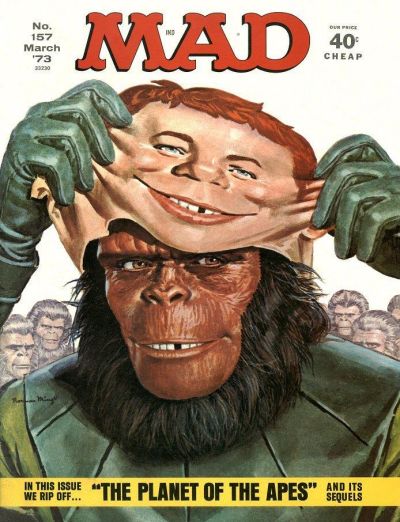 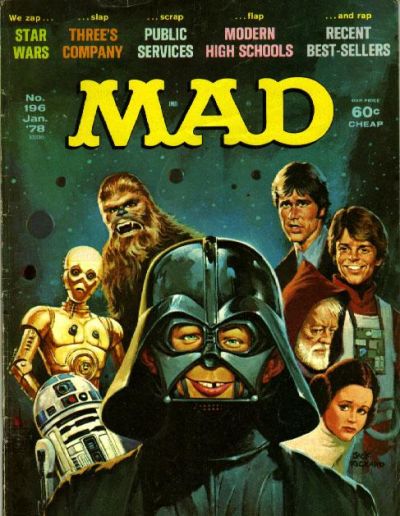 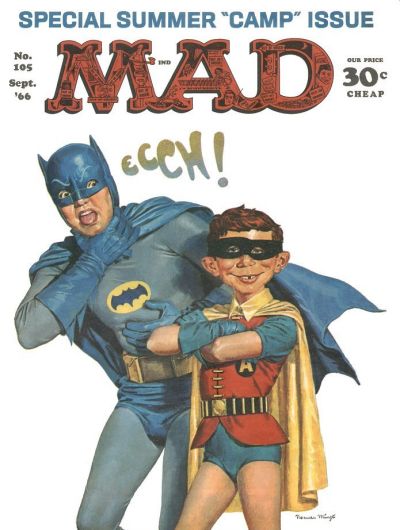 Mingo. I didn’t pick this one up until just a few years ago. 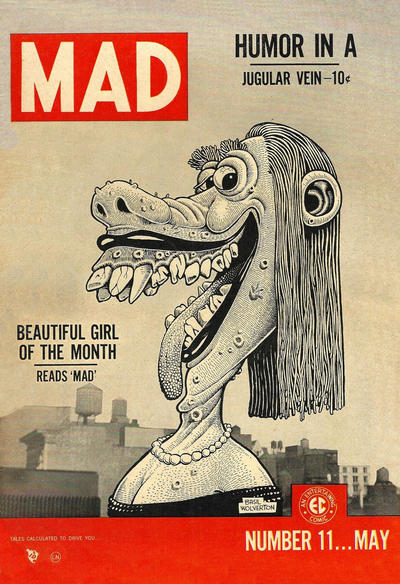 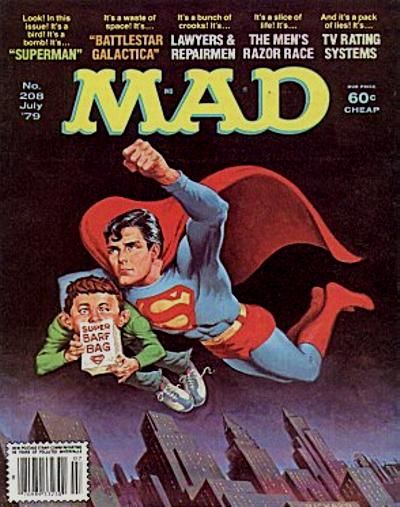 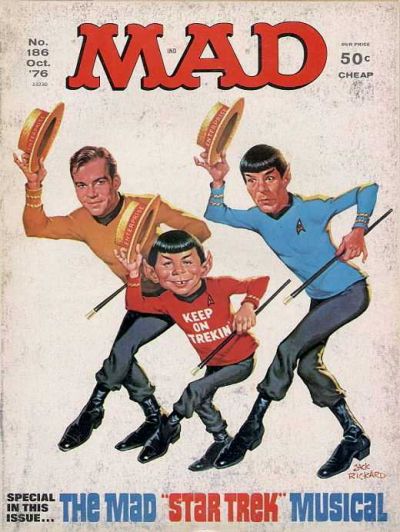 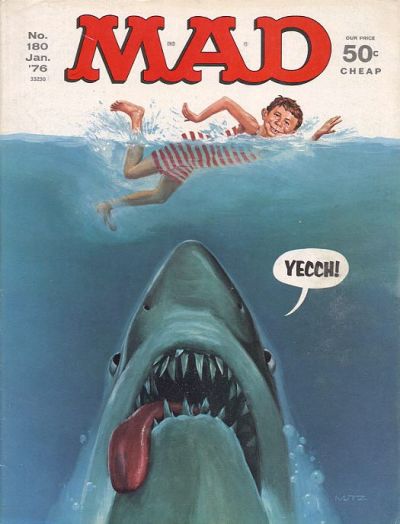 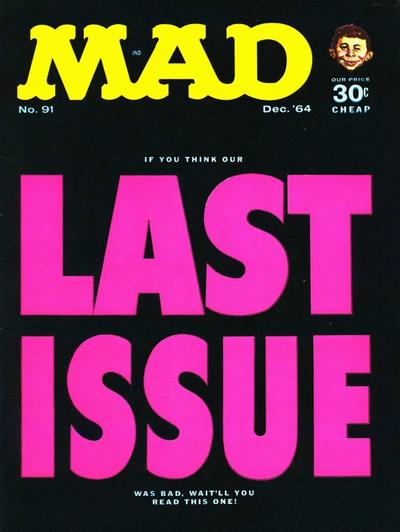 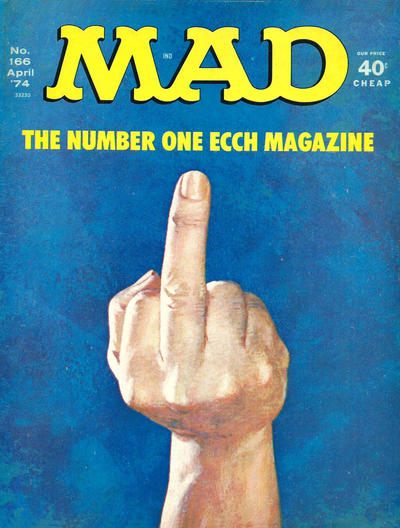 Cover images and credits from the wistful Grand Comics Database.