The intrepid reporter got her own book 65 years ago… 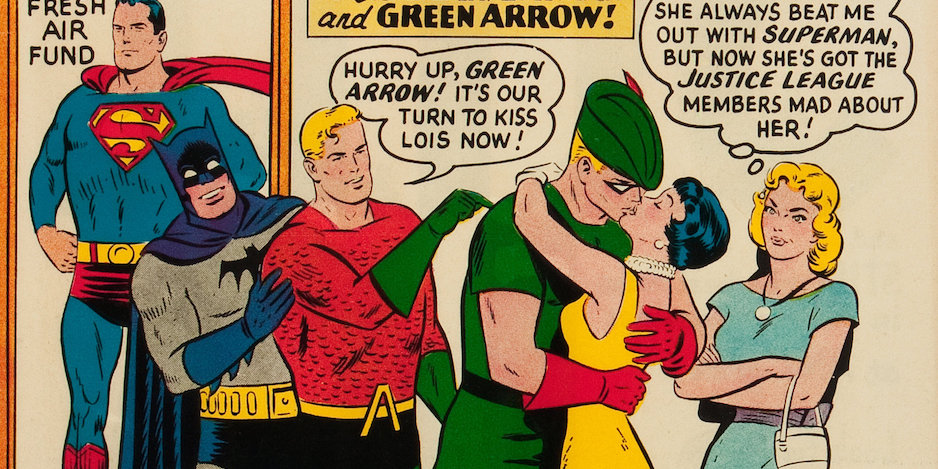 The early years of the series had stories written by Jerry Coleman, Robert Bernstein, Otto Binder and other excellent scripters, including Lois Lane’s co-creator, Jerry Siegel. And the art by Curt Swan and Kurt Schaffenberger was extraordinary and entertaining as Lois often out-scooped Clark Kent, out-fought bad guys, and out-romanced her No. 1 rival and best friend Lana Lang.

During the latter years of the series, with writer Robert Kanigher taking over with #80 (Jan. 1968), the stories turned more serious and, while change is often good, it wasn’t as magical.

Here are 13 high points of the series –mostly covers and a couple interiors: 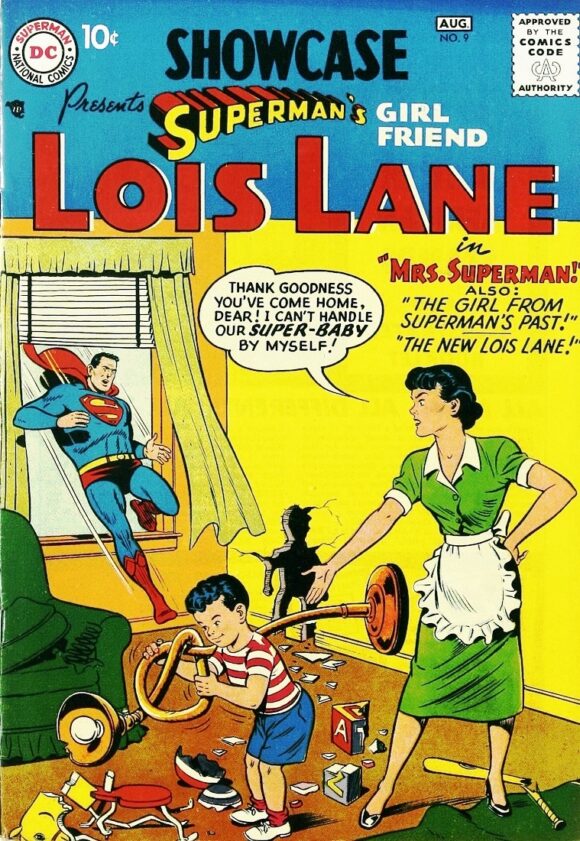 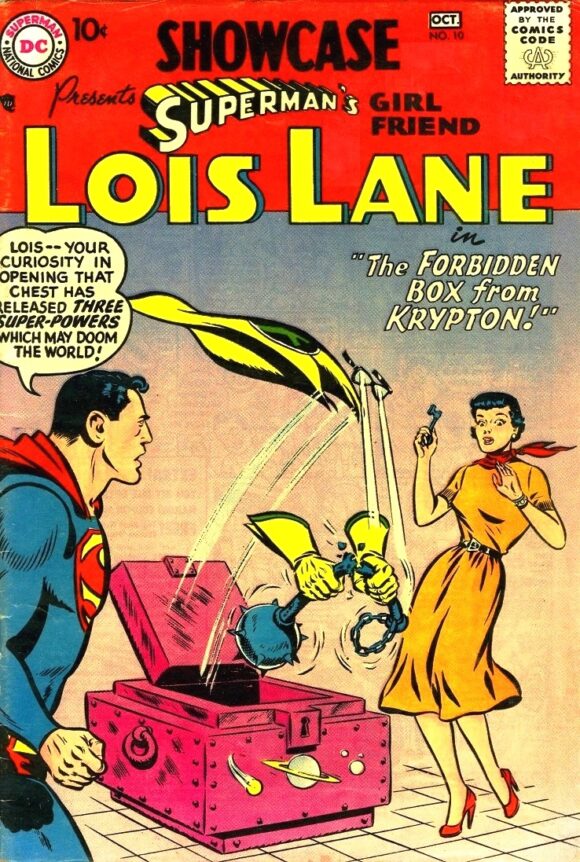 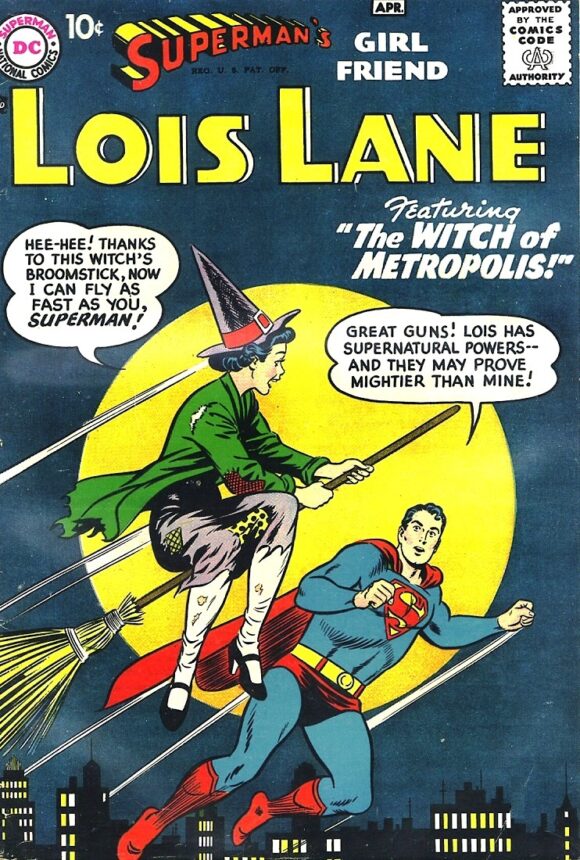 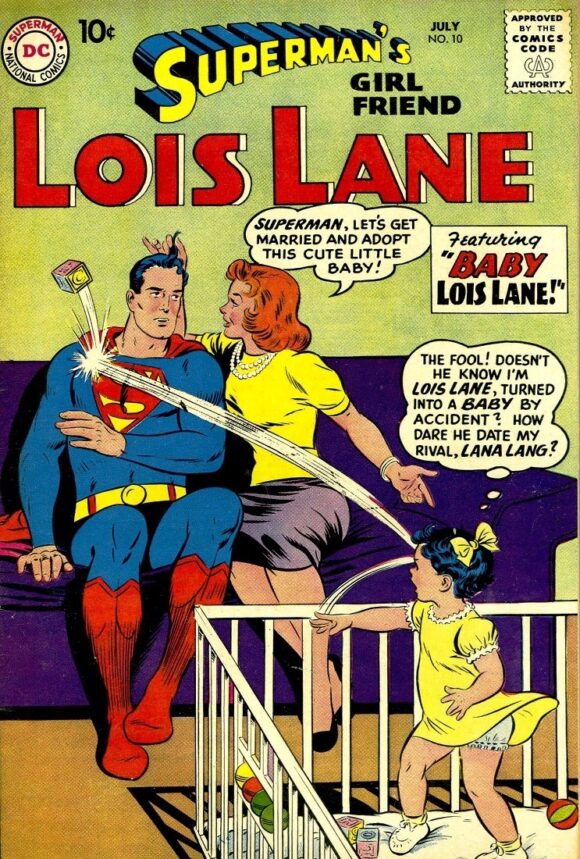 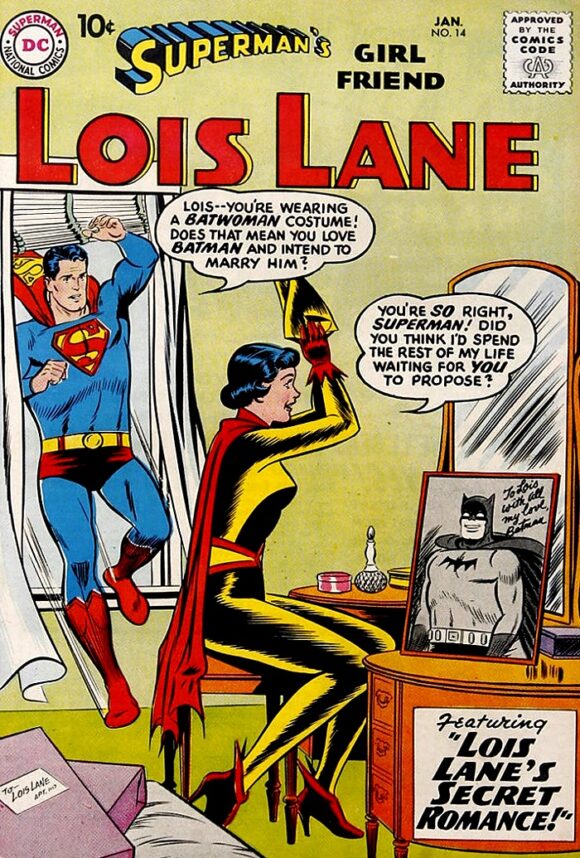 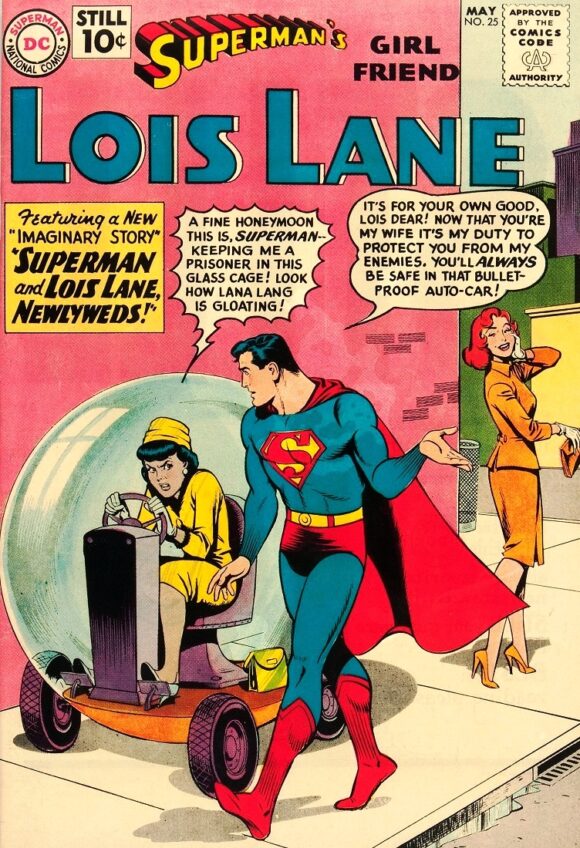 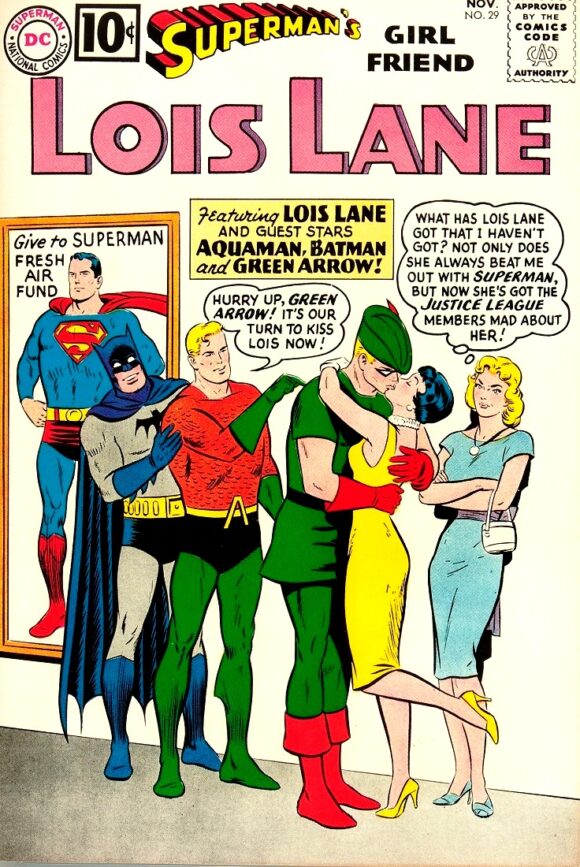 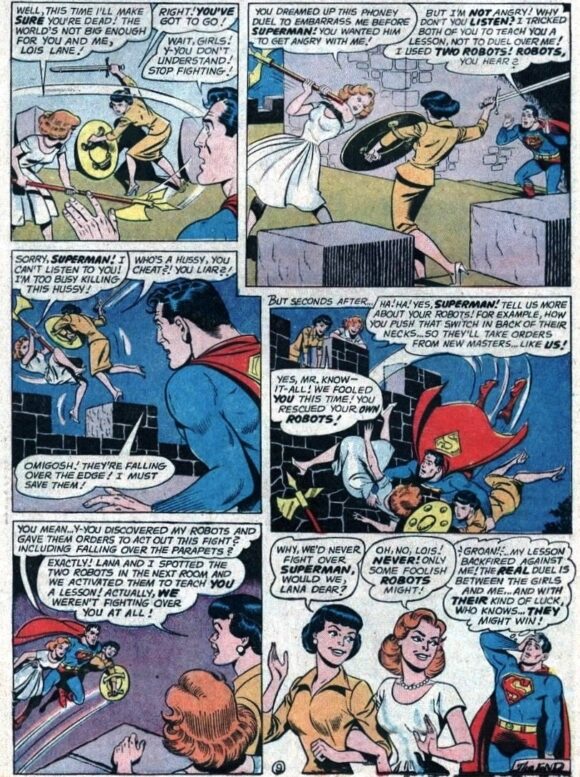 Superman #150 (Jan. 1962) – This was a story originally planned for the Lois Lane comic, and it is one of the best. Lois and Lana here give Superman his just desserts. Schaffenberger art, Robert Bernstein script. 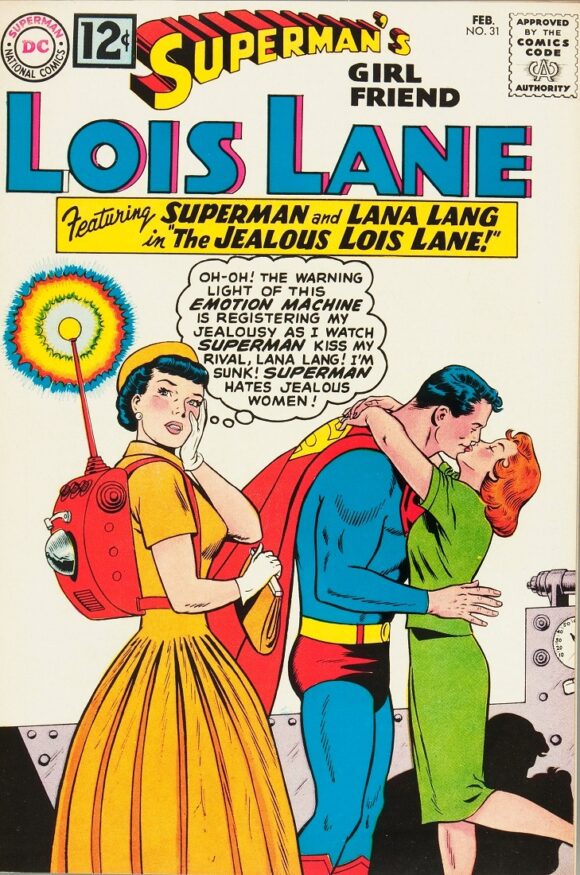 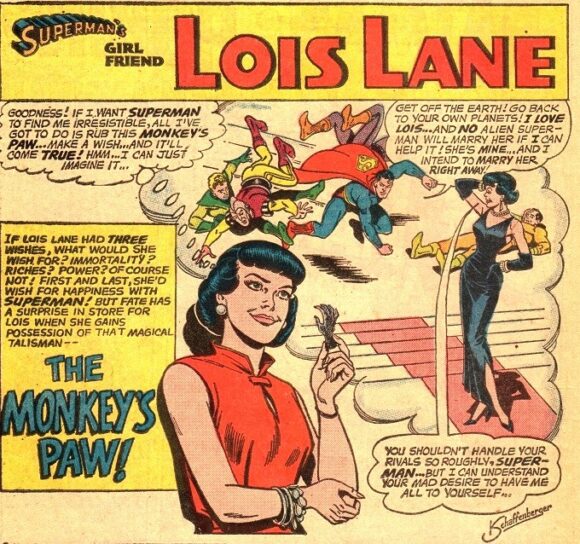 Lois Lane #42 (July 1963) – Interior splash page. How can anyone find fault with a story in which Lois imagines using a wish to have Superman battle a series of superbeings for her hand in marriage, including the original Captain Marvel sneakily inserted in the drawing? Jerry Siegel script, art by Schaffenberger (who drew Captain Marvel at Fawcett and later in DC’s Shazam!) 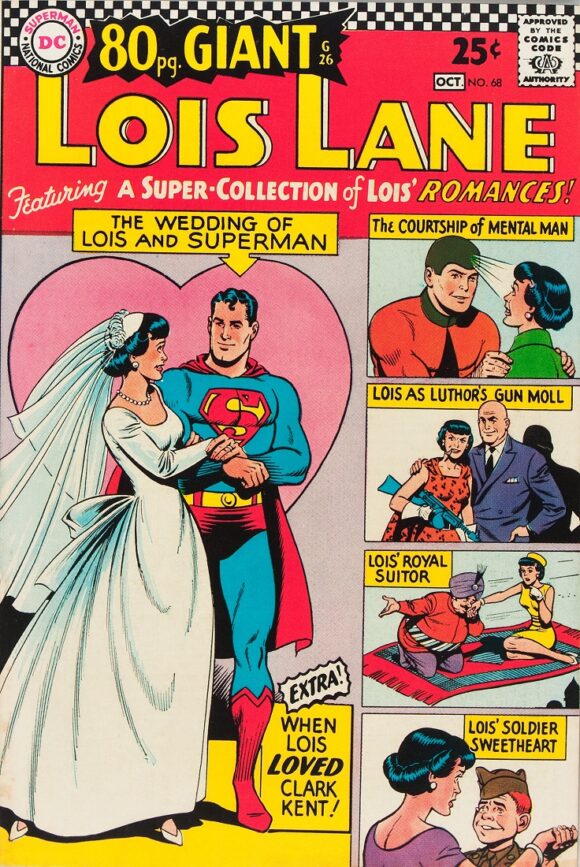 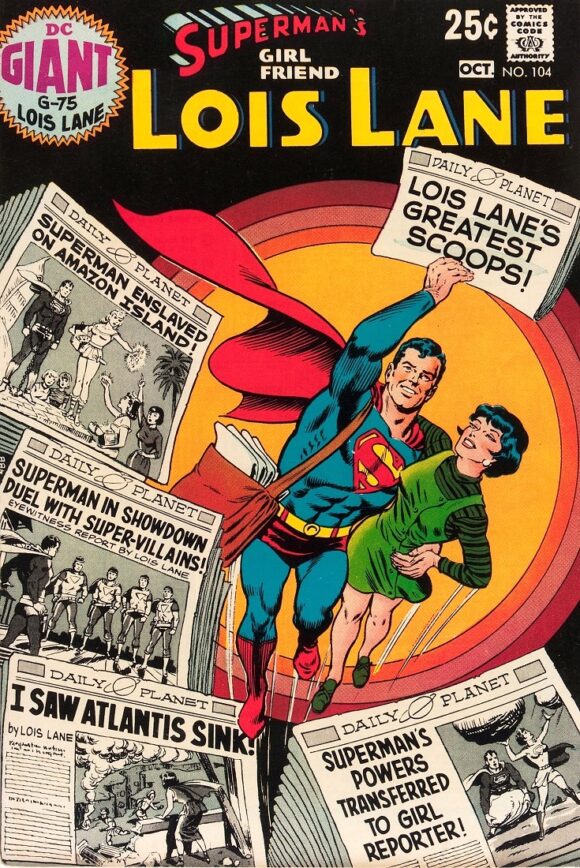 — Why MARGOT KIDDER Was the Best LOIS LANE Ever. Click here.