The glory of the Viking Prince! 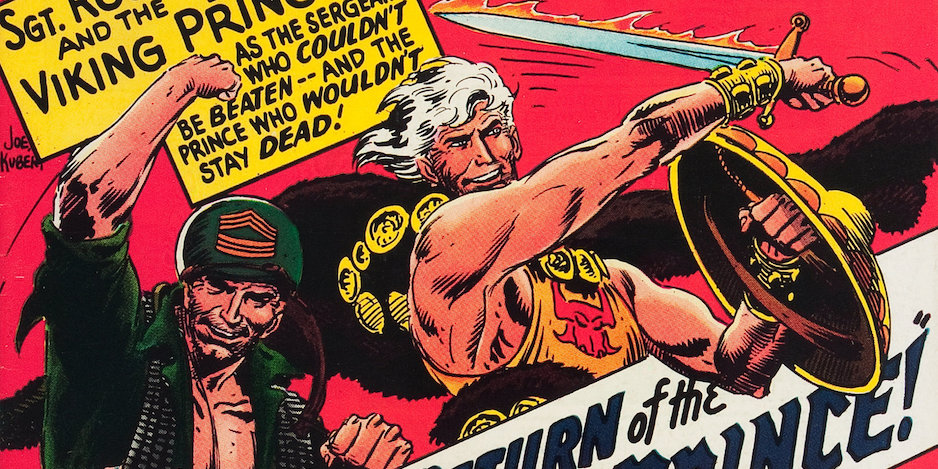 The late Joe Kubert (born Sept. 18, 1926) was one of the greats. Though he was known especially for all the war comics he did magnificently for DC Comics, he turned out exceptional artwork in other genres, as well. One of these was with the Viking Prince, a swashbuckling feature in the first 24 issues of The Brave and the Bold (except missing in #6).

Kubert was born 96 years ago (he died in 2012); here is a selection of his covers and interior pages for that spectacular ongoing feature, as well as later comic covers when the Viking Prince teamed up with Sgt. Rock to fight Nazis. (Pencils and inks by Kubert in all cases.)

The Brave and the Bold #1 (Aug.-Sept. 1955, DC). Splash page from the first story featuring the Viking Prince. 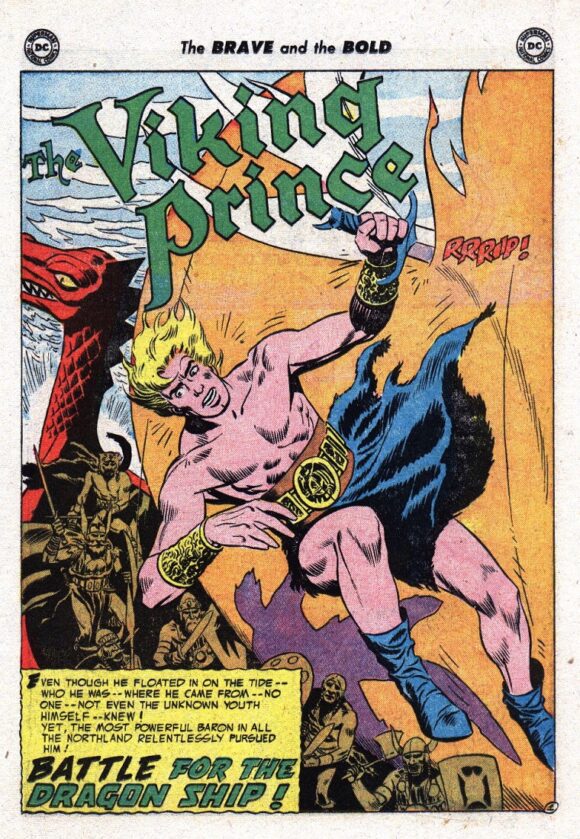 DC Special #12 (May-June 1971, DC). For the reprint of several stories of the Viking Prince, this issue included a new double-page replacing the first-issue splash above. 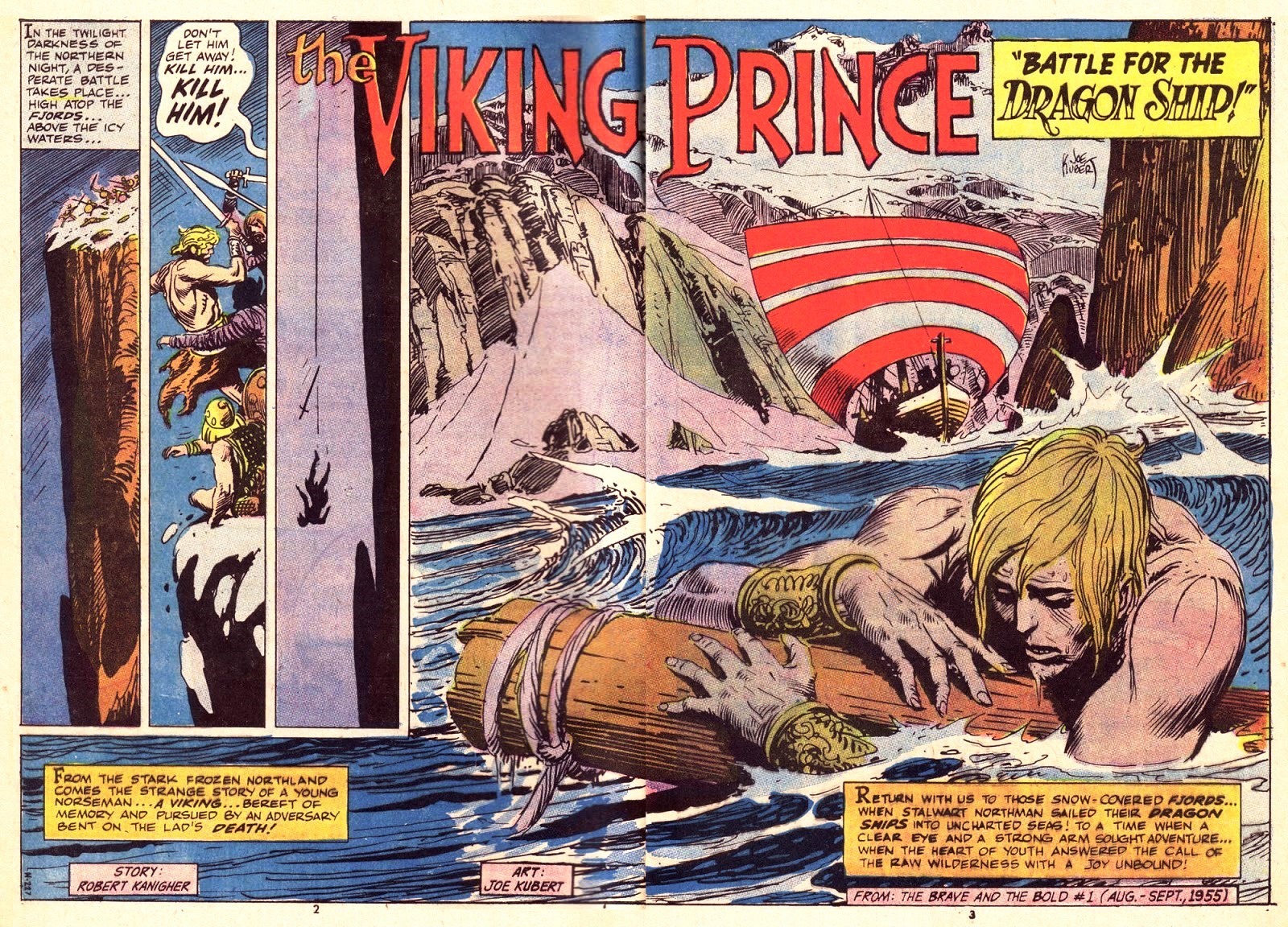 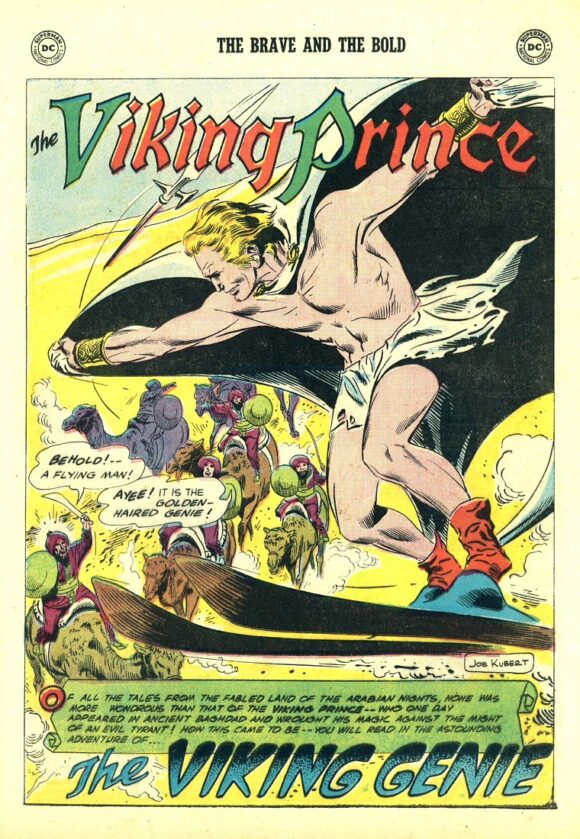 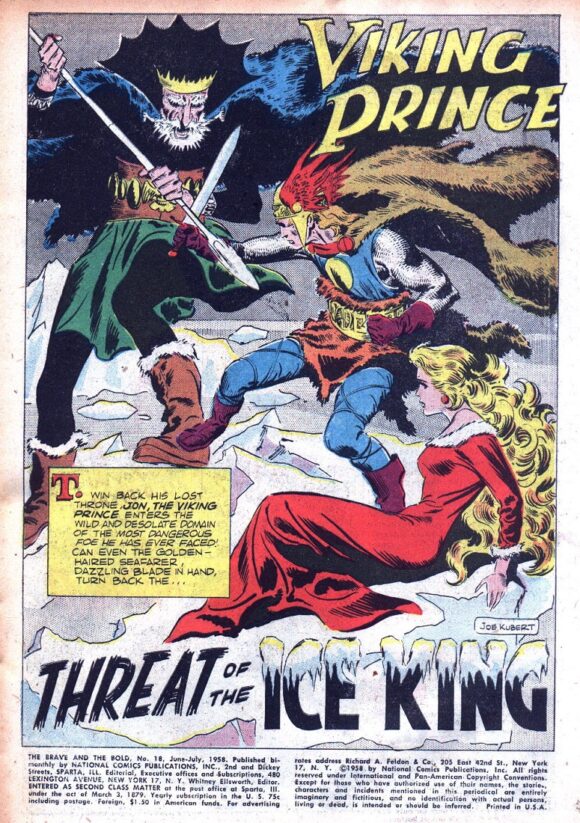 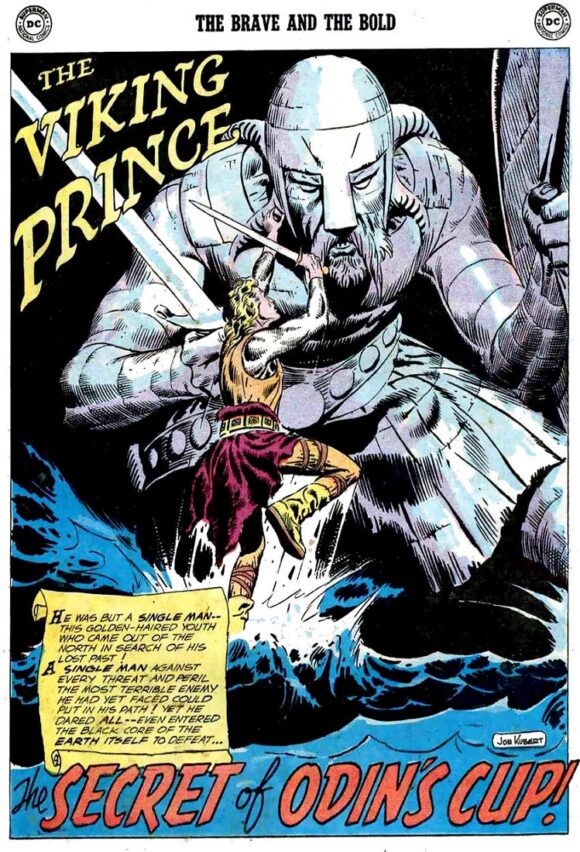 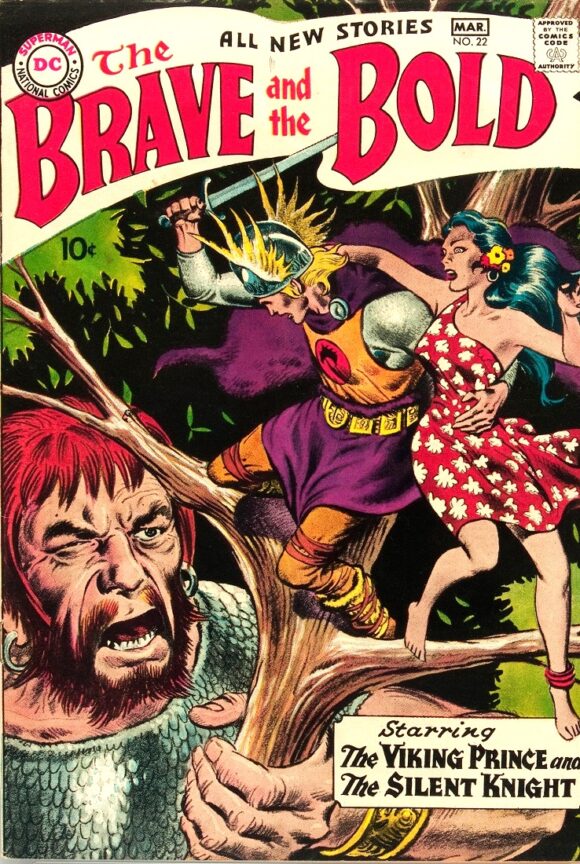 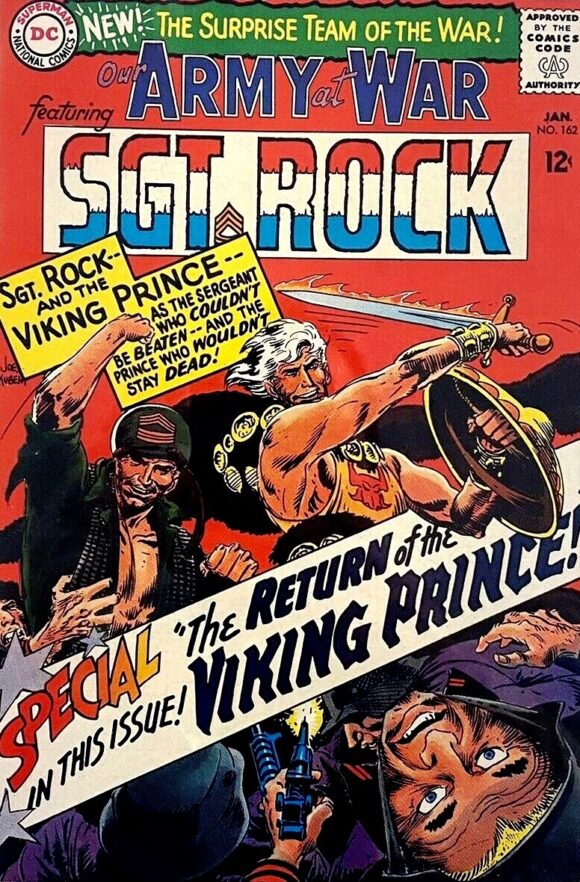 DC Special #12 (May-June 1971, DC). A new cover drawing by Kubert revising his splash page for The Brave and the Bold #5 (Apr.-May 1956). This issue featured reprints of three stories of the Viking Prince from B&B. 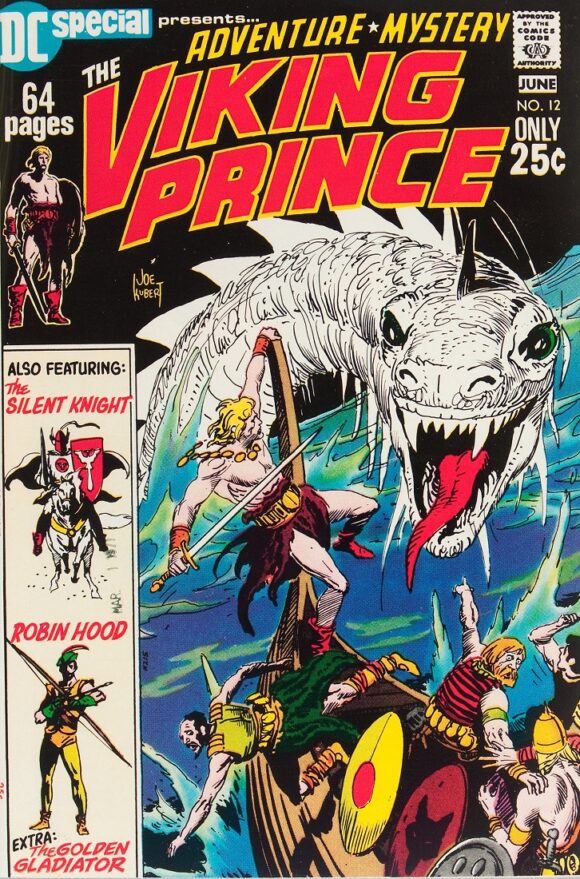 Sgt. Rock Special #1 (Oct. 1988, DC). New cover by Joe Kubert, with colors by Adam Kubert. This reprint issue contains both parts of the Viking Prince-Sgt. Rock team-up from Our Army at War. 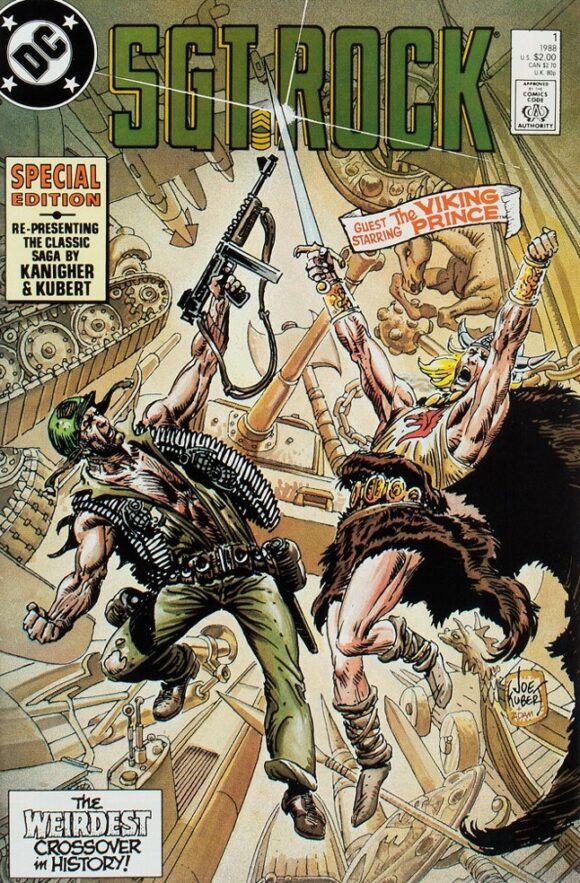 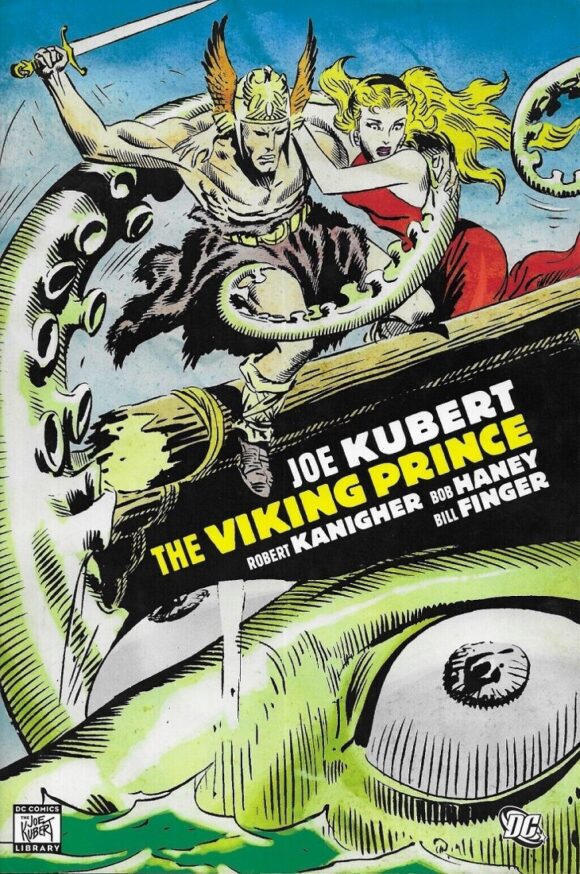