For countless old-school comic book fans, Curt Swan’s Superman is their Superman. I count myself among that uncountable number, but if truth be told, I’m also a huge fan of Curt’s Batman.

I know, I know; it’s something of a controversial subject. You either love or hate a Swan Batman, but for me, I just dig it the most, and always have.

And so, in honor of his birthday – the late artist was born 102 years ago on Feb. 17, 1920 — I tripped down Memory Lane to a time in the late-1950s when Curt did a brief stint as cover artist for both Batman and Detective Comics and was reunited with 13 of my favorites.

Detective Comics #247. I’m going to go chronological here, so this one’s up first. I dig this one for a few reasons: I was always fascinated by shots of Batman without his mask, and I am drawn to the homey feeling of a fireplace in the Batcave. Curt gets extra points for the bat-emblems on the andirons. 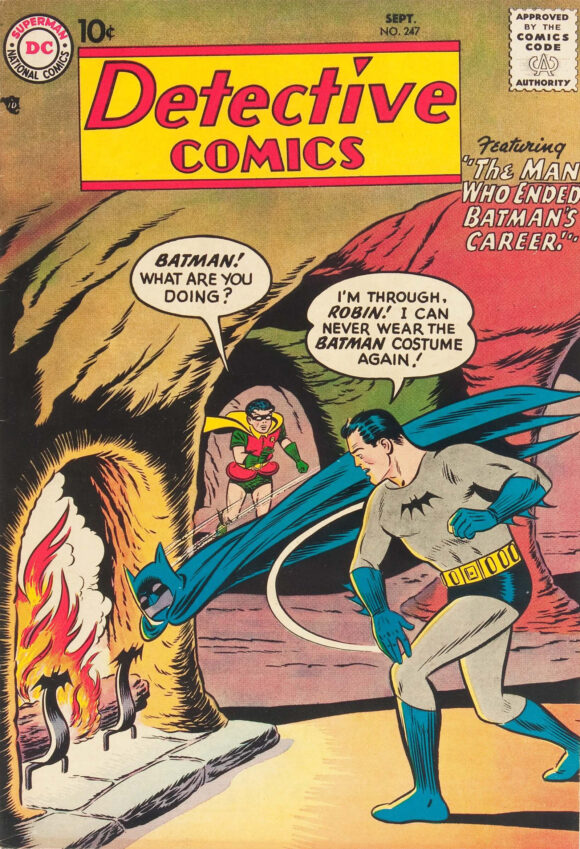 Detective Comics #259. So dynamic in its simplicity—you can really feel the heat off the villain. I wonder why Calendar Man didn’t just always choose this powerful guise? 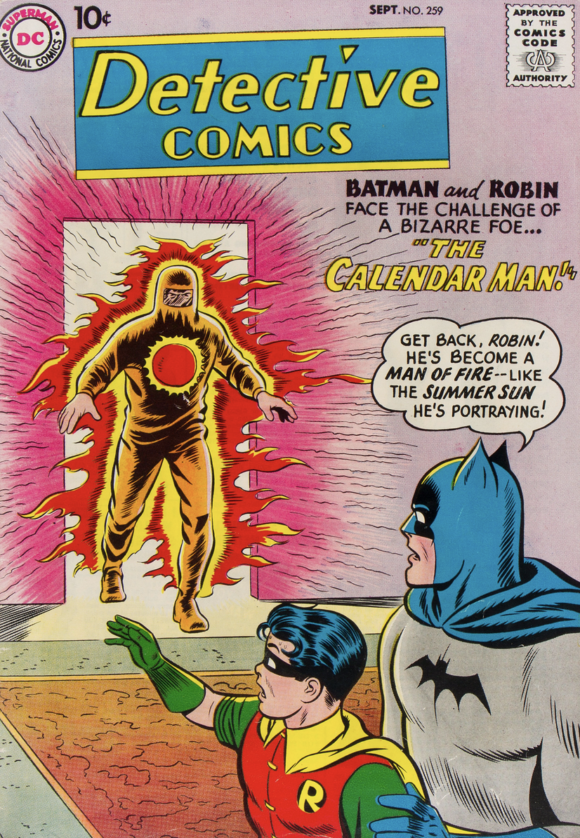 Batman #119. This comic and its cover will always hold a special place in my heart. It’s one of a very few that was handed down to me by my father from his own childhood. Plus, double Batman and a blond Robin! 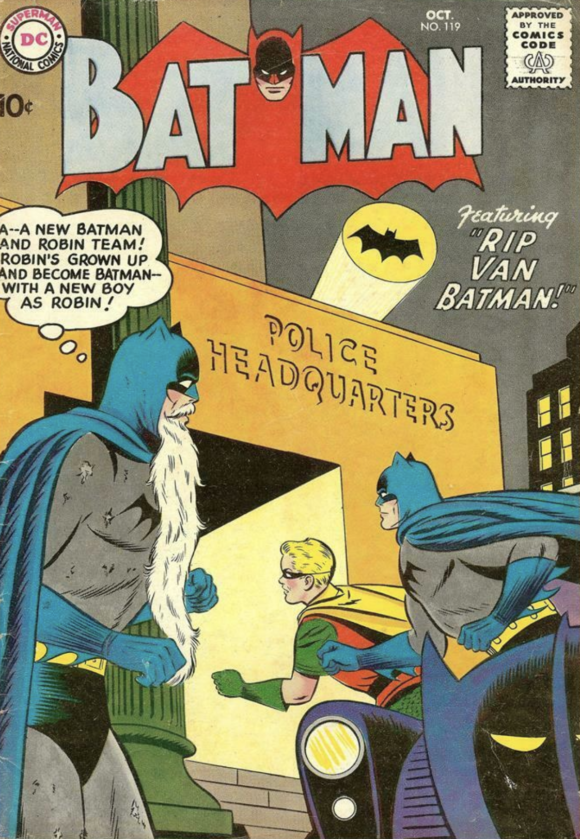 Batman #121. I first saw this cover in Batman: From the ’30s to the ’70s and thought it looked so cool. Who knew then that Lex Luthor was moonlighting as “Mr. Zero” in Gotham City when he got bored? 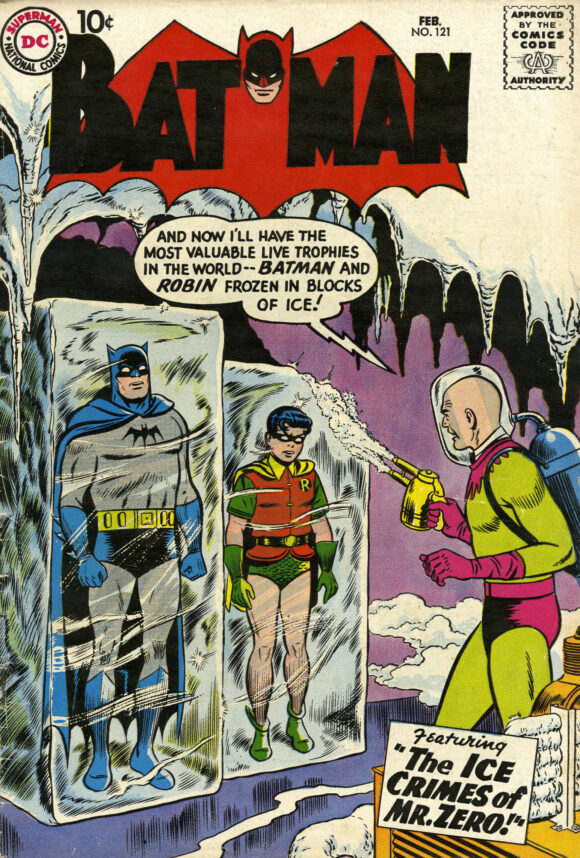 Detective Comics #265. Another dynamic one. I think it lands on my list mostly for that large Robin, but the Batman shot is pretty cool, too. 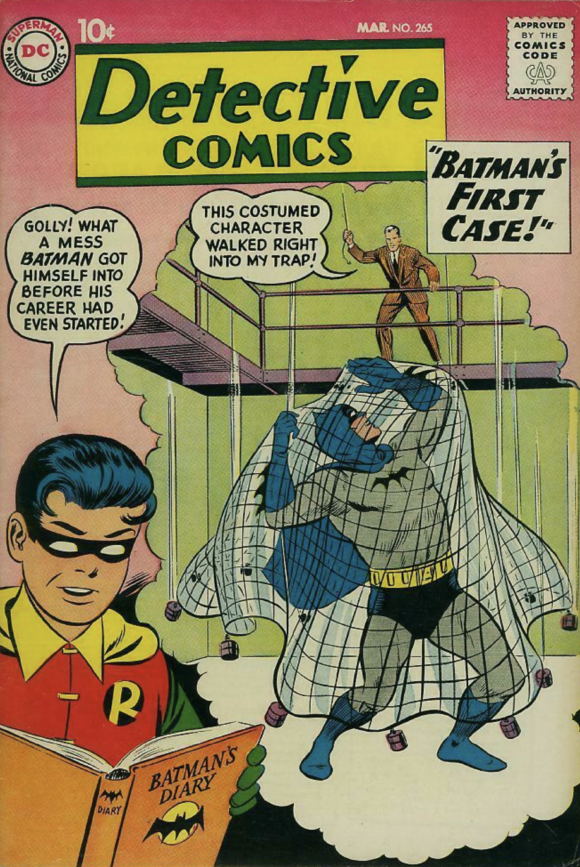 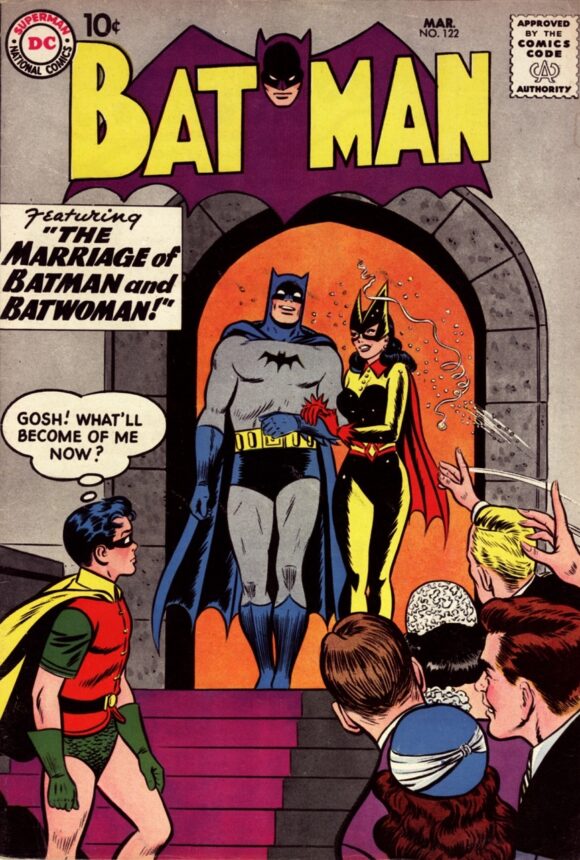 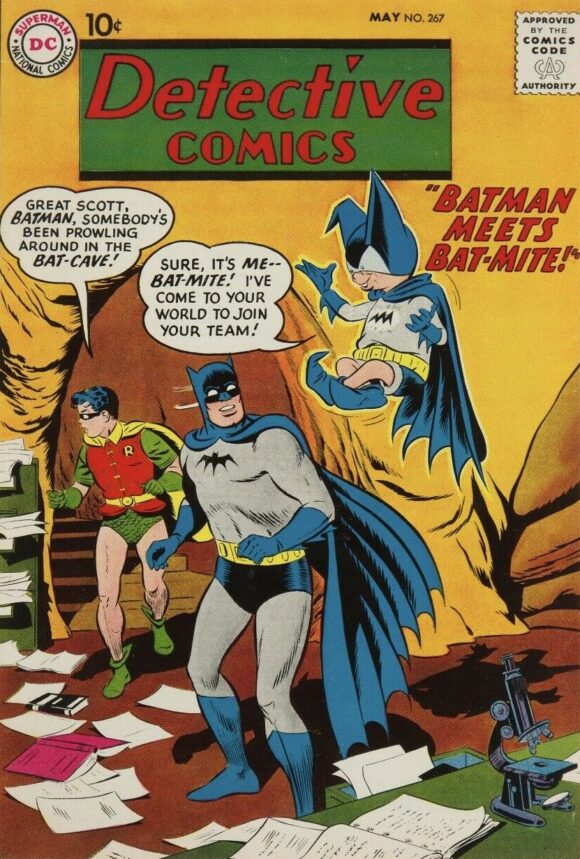 Batman #125. I like everything about this cover; the layout, the figure of Batman, Bruce’s happy face, everything. 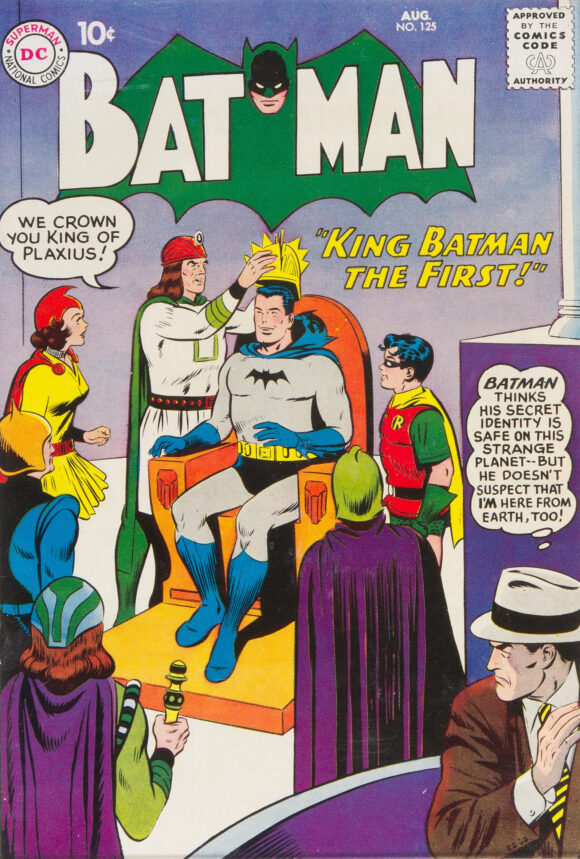 Batman #127. Curt’s final Batman cover, and to celebrate he draws Thor about three years before some guys named Lee and Kirby ever thought to do it. 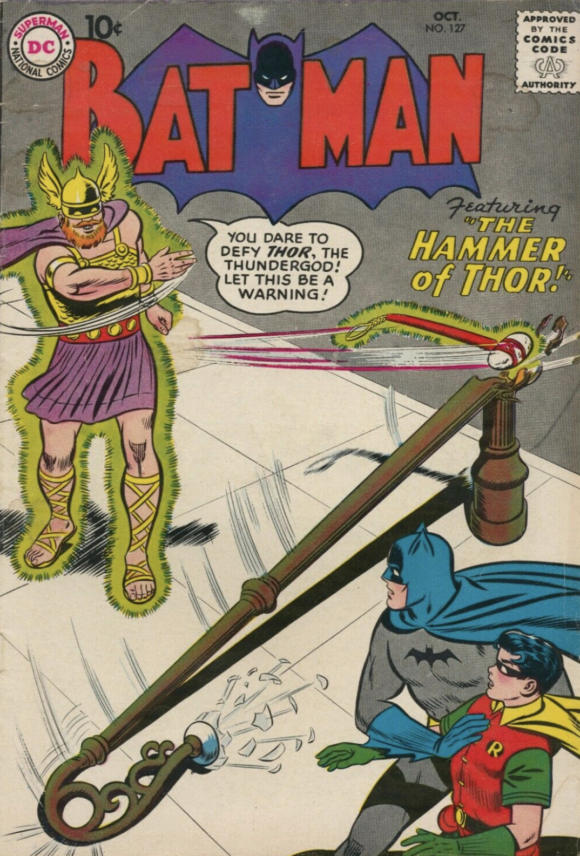 World’s Finest Comics #142. All right, all right; here are the World’s Finest covers you’ve been waiting for! Not only is this my favorite Curt Swan cover of all, it’s also one of my most favorite comic stories of all — the debut of the amazingly cool Composite Superman, one of the few villains to ever defeat both heroes and nearly kill them. 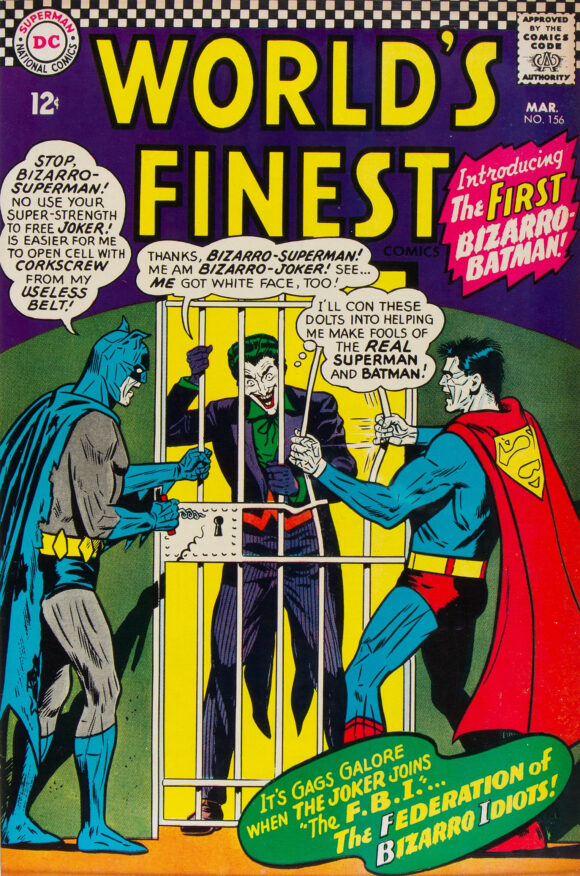 World’s Finest Comics #168. By 1967, Curt was really breaking out of the somewhat staid layouts of old and going for a new 1960s swingin’ dynamism. I think this cover is a grand example of that. And it just so happens to be the second Composite Superman story (though they did their best to hide it). 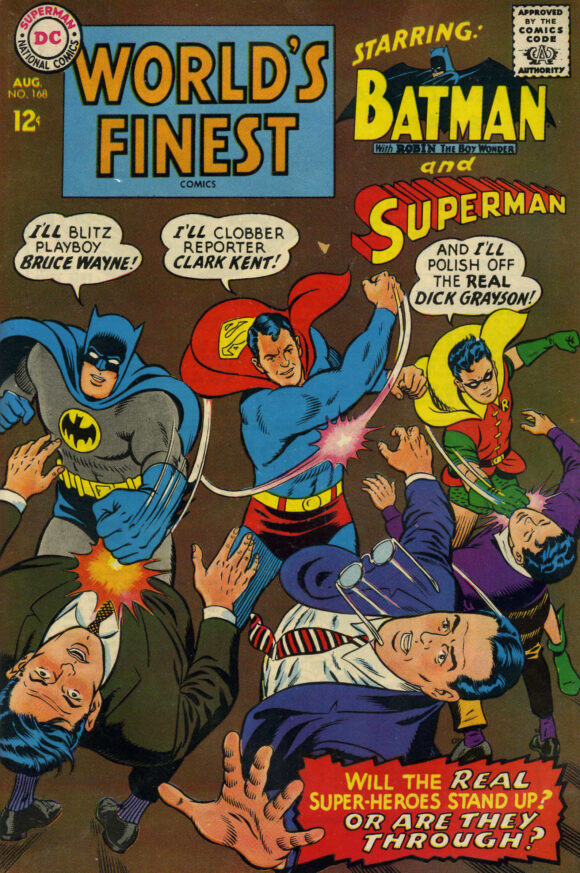 World’s Finest Comics #169. Let’s add this all up: Superman? Check. Batman? Check. Batmobile? Check. Supergirl? Check. Batgirl? Checkity-check-check. The sum total is just about everything I like in Silver Age DC comics, and that it’s drawn by Curt Swan is the icing on the cake, chums. 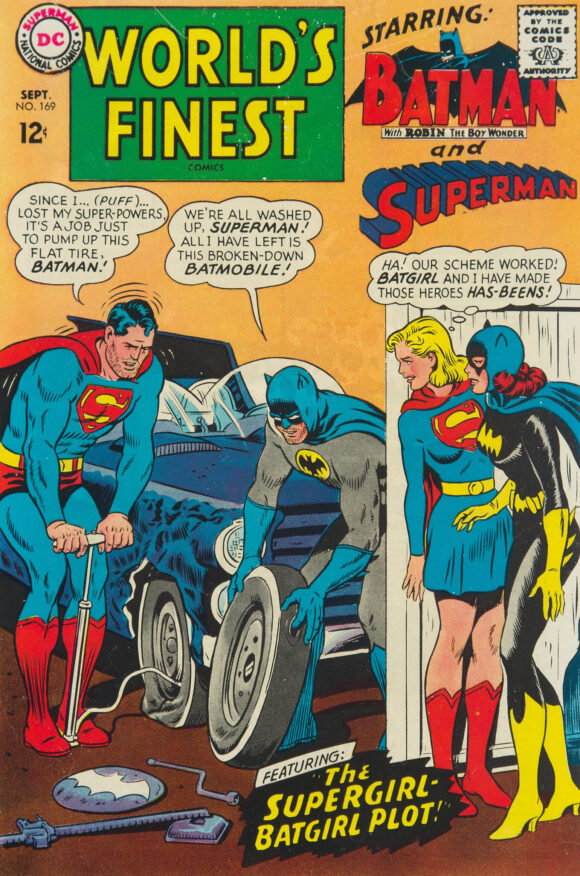