Cartoonist Glenn Head outlines some of the greatest comix ever… 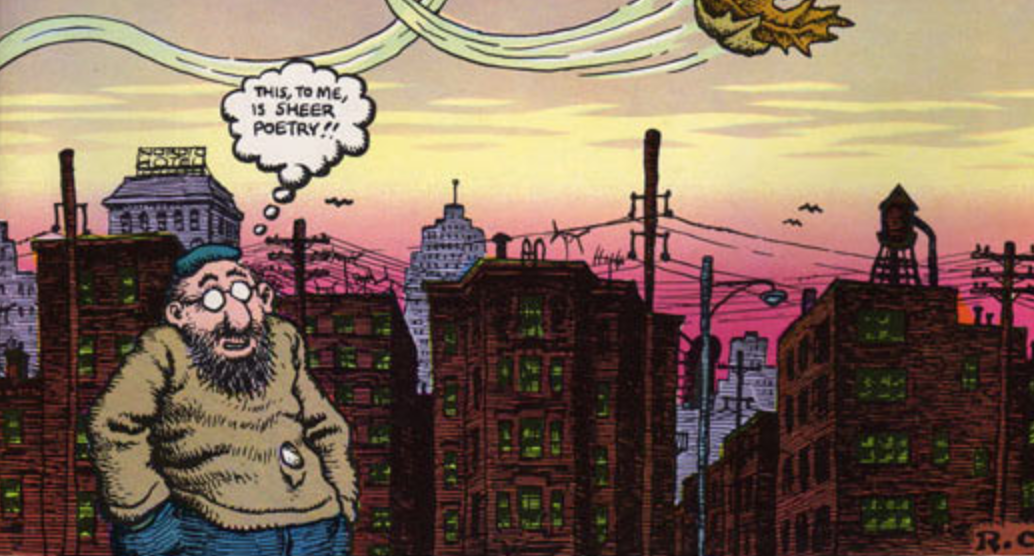 Cartoonist Glenn Head has a harrowing new graphic novel out May 25 — Chartwell Manor, a memoir about sexual and emotional abuse at a New Jersey boarding school. It’s the latest entry in a decades-long history of stark biographical or semi-autobiographical works by graphic artists.

Here are Glenn’s 13 CAN’T-MISS COMICS AUTOBIOGRAPHIES. (Needless to say, much of this column is NSFW.) — Dan 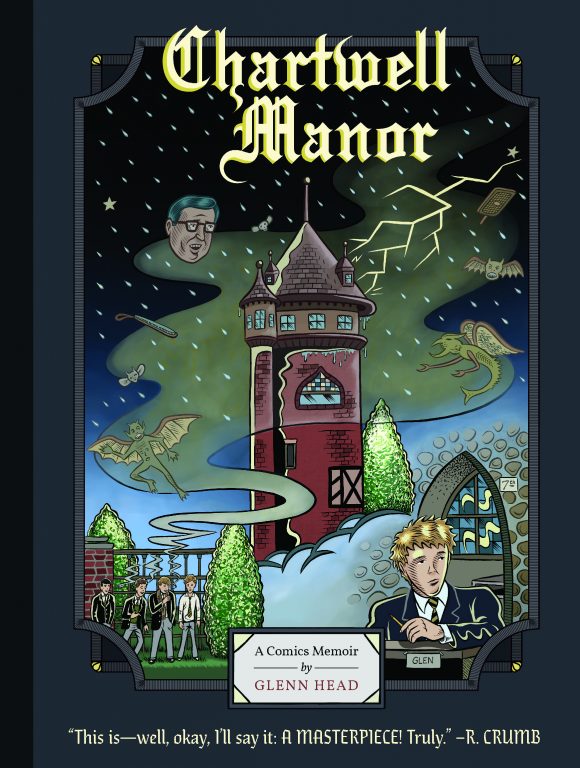 The comics below have been an inspiration for my own autobiographical work over the decades. What they all share is a kind of raw intensity, a feeling of lived experience, and a greater interest in truth-telling than crowd-pleasing. Humor is always present, and yet it can hurt to laugh. Even when it does, you can’t stop reading.

Autobiography announced itself early in underground/alternative comics. I think it’s this, more than anything — that willingness to present the self unvarnished — that most attracted me to the field. I’m proud to be part of this lineage, and I hope my work moves readers as these works have me.

Art Spiegelman, “Spiegelman Moves to New York, Feels Depressed!”, Arcade #3, 1975. A one-page 14-panel comic that shows Art at loose ends after moving into a Brooklyn apartment overrun with vermin. The squalor, loneliness, and despair in this comic show Art at his most truly vulnerable. My favorite work by him. 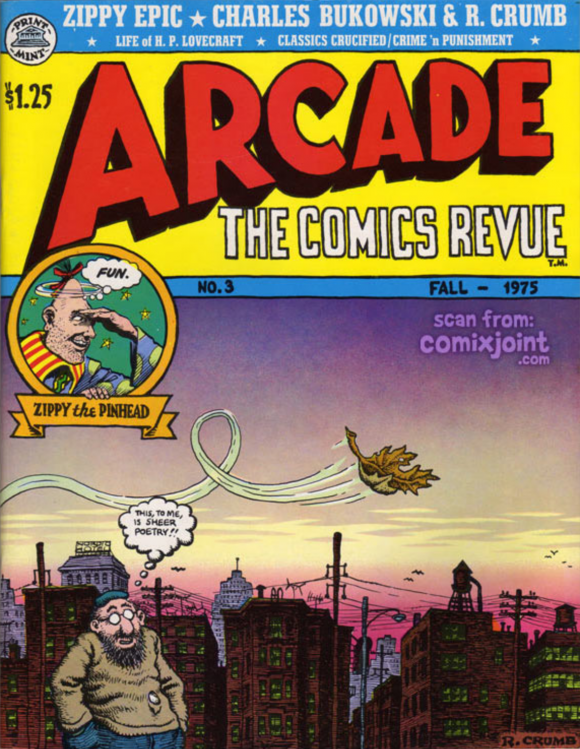 Robert Crumb, “Uncle Bob’s Mid-Life Crisis,” Weirdo #7, 1983. Domestic drudgery and the middle-age blahs make for intimate yuks as we watch Crumb and Aline’s daily struggle — for Aline to manage every aspect of their household while Crumb overcomes his self-consciousness about being the best cartoonist in the world. 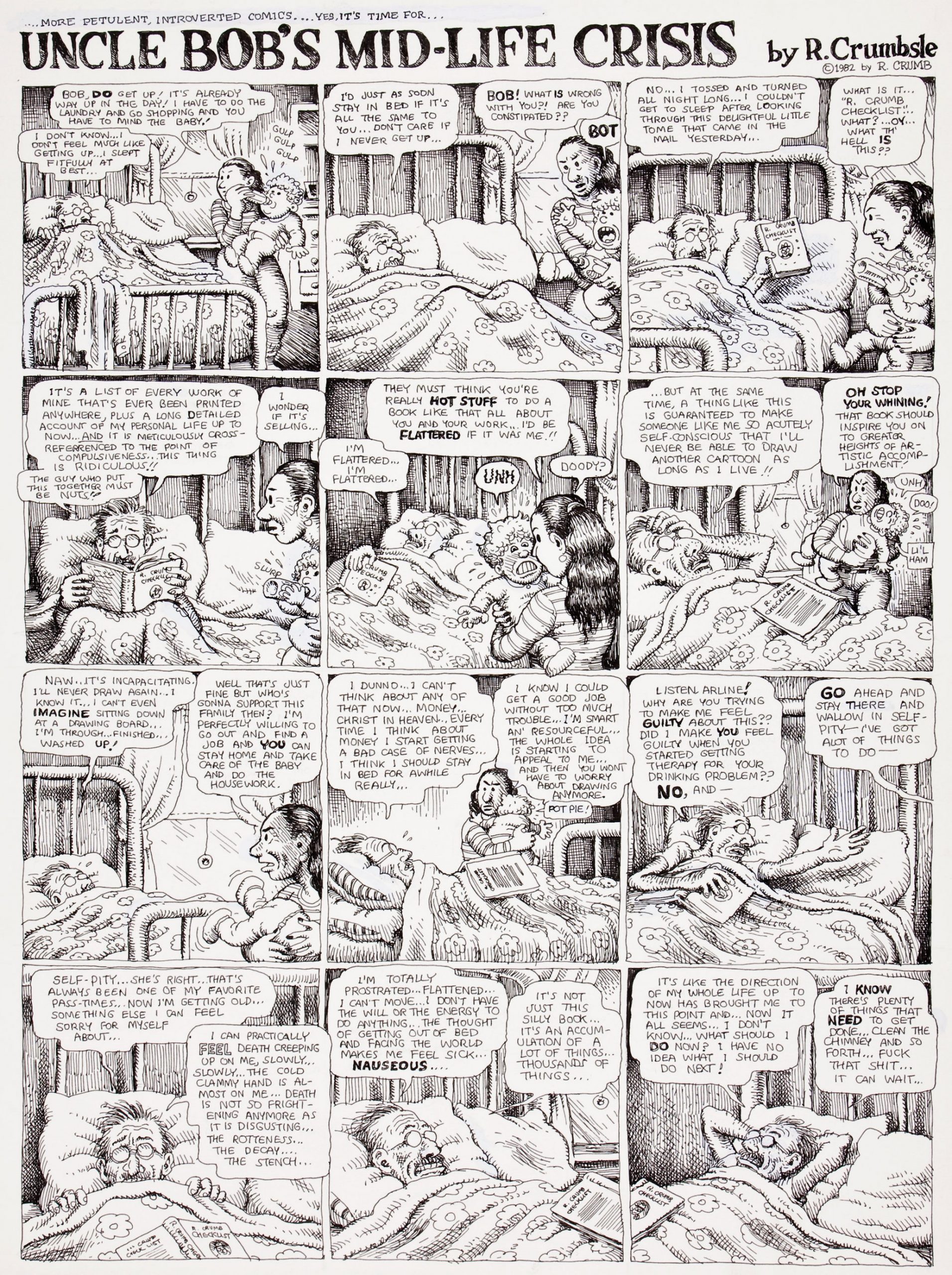 Art Spiegelman, Maus, 1986. The gold standard for the graphic novel. Less a straight memoir than an exploration of the roots of trauma. It became an instant classic and is unsurpassed. 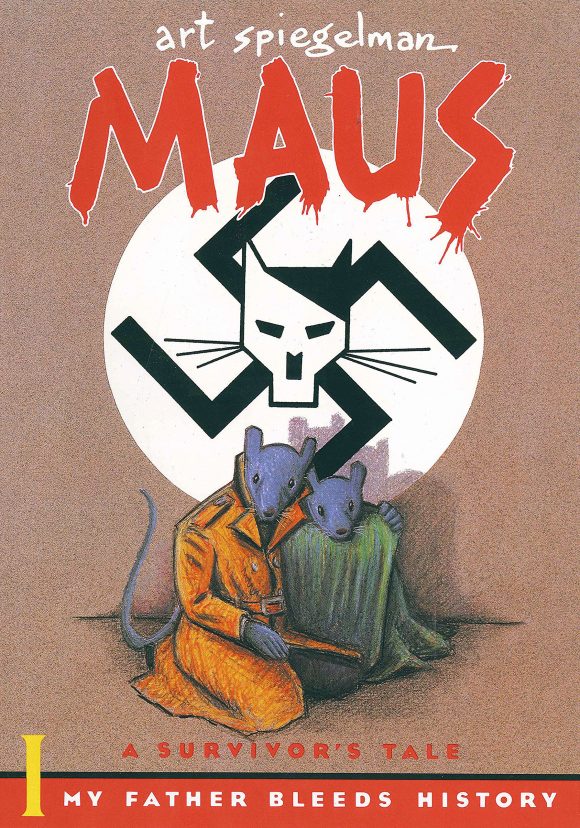 Peter Bagge, “The Reject,” Weirdo #10. This eight-page tale of how young boys just can’t wait to inflict damage is funny, poignant, and painful as hell. Taking a magnifying glass to this behavior, Bagge makes you feel it, as it was. Childhood hurts.

Justin Green, Binky Brown Meets the Holy Virgin Mary, 1972. Green’s epic (40 pages!) comic goes places no one had dared to, looking frankly — and hilariously — at sexuality, Catholicism, guilt and neuroses. This hasn’t dated a bit. Every time I pick it up, it makes me nervous. 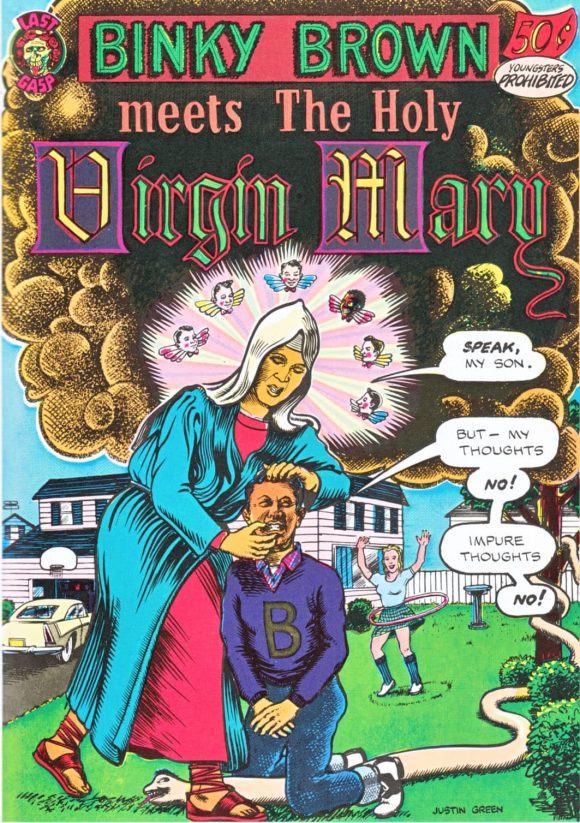 Mark Beyer, “Tony Target in Intense Pain!”, Dead Stories, 1982. Tony Target is a clear stand-in for Beyer, musing in the first panel of the strip, “I’ve got to take a break for awhile. Drawing is too difficult.” You feel, in the work, the focus on every last detail. The reader senses that, yeah, drawing is difficult — and likes it better for the fact. 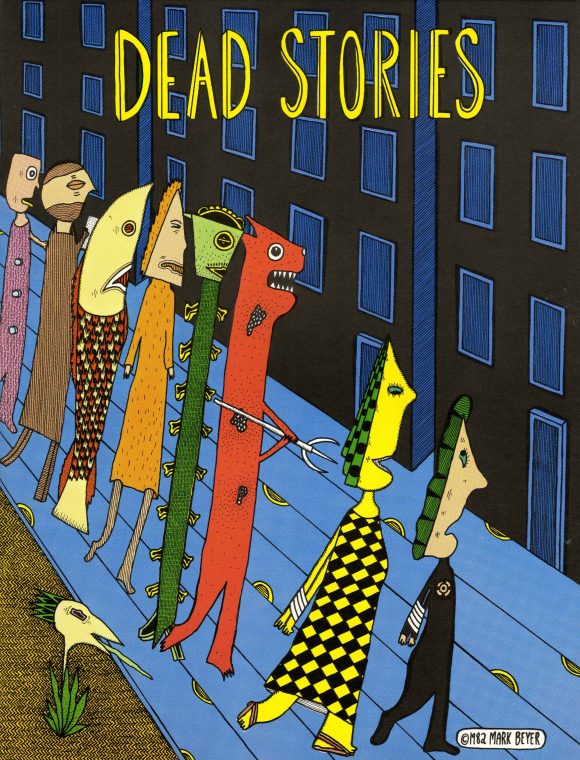 Spain Rodriguez, “Dessert,” Young Lust #5, 1977. A disturbing tale by Spain of the dark side of male sexuality. Greasers in a park have sex with a gay man, and, afterwards, out of shame, assault him. Spain didn’t draw himself in the story but later admitted in an interview to being there. A strip maybe more harrowing and revealing than the artist intended.

R. Crumb, “I Remember the Sixties,” Weirdo #4, 1982. R. Crumb’s sixties “nostalgia” trip is anything but nostalgic. Unwashed hippies, LSD hangovers, pie-in-the-sky idealism — and for what? Crumb’s playful visual style lightens the heaviness of the text as he emerges sadder and wiser from it all. 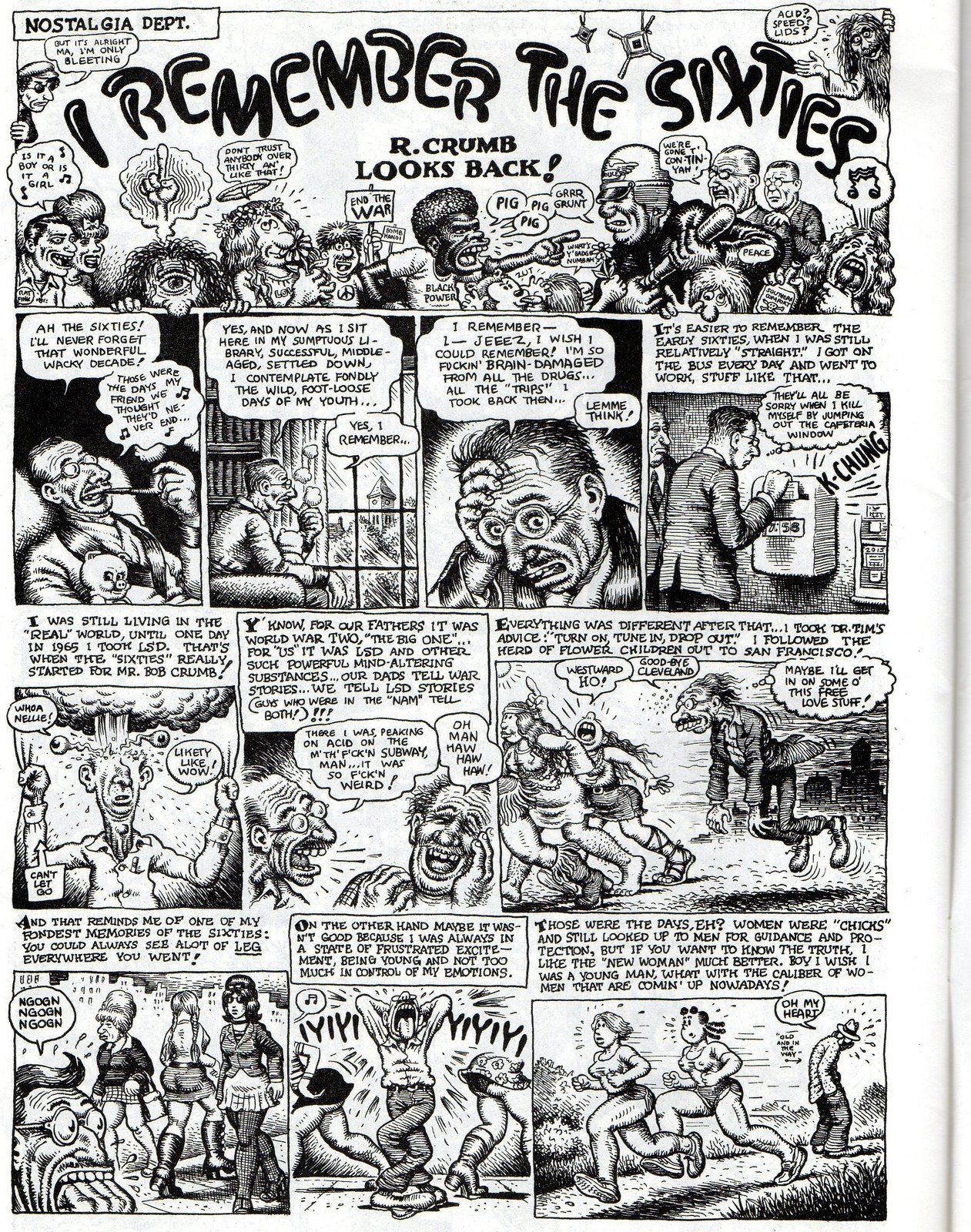 Bill Griffith, “Is There Life after Levittown?” Lemme Outa Here, 1978. This tale of adolescent striving for something beyond the bland suburbs has a place in my heart. That kid who wants to escape, to be an artist, to get laid, but just doesn’t know anything yet. I know that kid — it’s me. 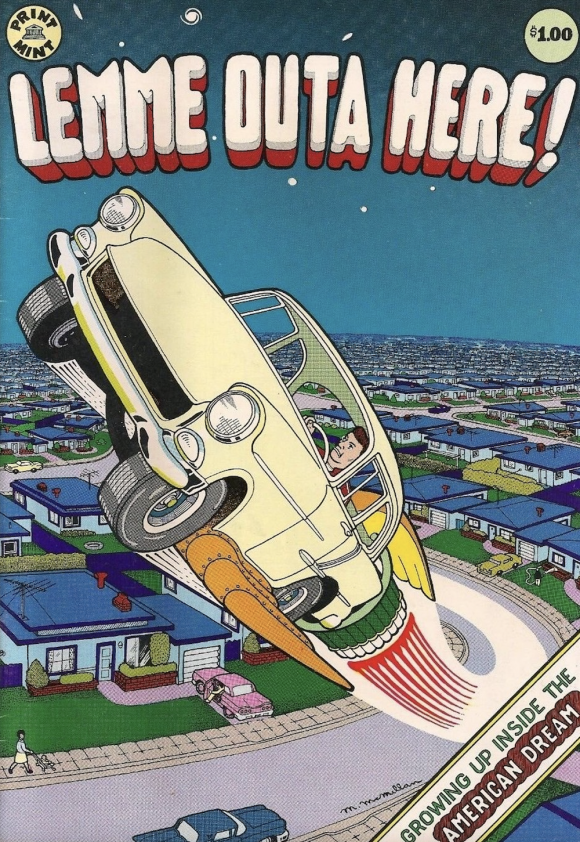 Kim Deitch, “Two Jews from Yonkers,” Weirdo #11, 1984. Although closer to an illustrated story than a comic strip, this is a wonderful time capsule of the late ’60s and the affecting story of siblings — Harry and Jake Simon — as they struggle to carve out lives as artists on New York’s tough Lower East Side streets.

Phoebe Gloeckner, Diary of a Teenage Girl, 2002. The story of a young girl’s sexual relationship with her mother’s boyfriend explores the nuances of both tenderness and rage. A disarmingly candid portrayal of a difficult topic, where even the mother’s boyfriend is too complicated to be a straight-up villain. 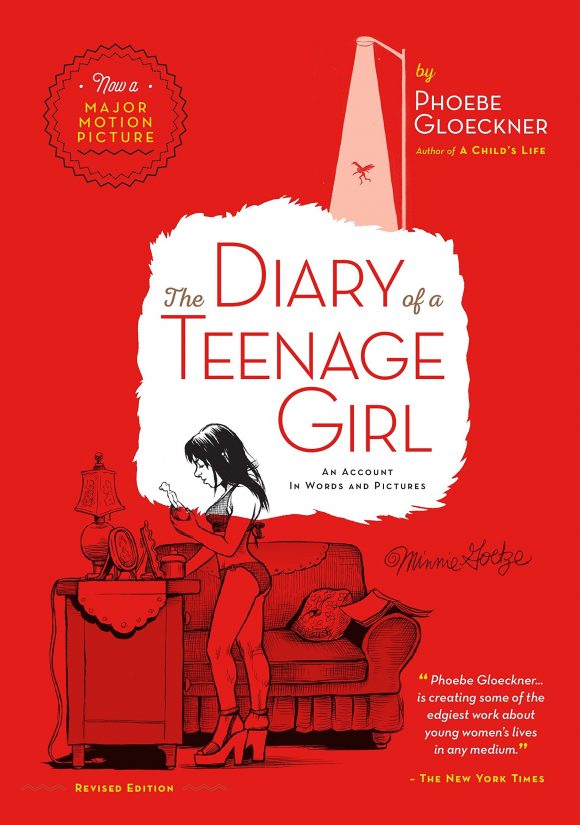 Chartwell Manor is out May 25, from Fantagraphics.