13 ARTISTS I Wish We’d Included In DC’s WHO’s WHO, by Robert Greenberger

From Neal Adams to Nick Cardy to Bernie Wrightson, these artists should have been a part of the ’80s classic…

The long-awaited DC Who’s Who Omnibus Vol. 1 is finally out and we couldn’t ask for a better authority to take us through it than Bob Greenberger, an historian and former DC editor who was deeply involved in the original, seminal 1980s series.

Well, in this third part of Bob’s informal series, he’s picked 13 ARTISTS that he wishes were included in the project. We’re talking some of comics’ biggest names — from Neal Adams to Bernie Wrightson — and Bob’s got some really nifty behind-the-scenes stories to tell. (Not just that, he’s got one more Who’s Who piece — 13 CHARACTERS he wishes were included. Click here.)

So, dig this list of 13 ARTISTS. It’s a great slate and I’m certain it’ll surprise you that a lot of these folks were never involved. Oh, and don’t forget Bob’s latest project: Thrilling Adventure Yarns 2021, the latest such anthology from Crazy 8 Press. (Click here for info, including how to order.) The 1980s were an explosive period for comic-book publishers, a boon for readers as we could go beyond DC Comics and Marvel Comics to enjoy work from Pacific, Eclipse, First, Comico, and so on. As a result, there seemed to be an ever-expanding roster of pencillers and inkers to consider as Len Wein and I worked on who could be recruited for Who’s Who pages. We also had our personal wish lists — people we grew up loving or who were there in the field’s earliest days.

As I mentioned in the first of these pieces, I also made it my personal mission to bring in lots of independent talent for either their first DC appearance or a rare return. These included Steve Rude, Jim Valentino, Tim Truman, Matt Wagner, Carl Potts, Sandy Plunkett, Charles Vess, Wendy Pini, Peter A. Morisi, Fred Fredericks, Leonard Starr, Kurt Schaffenberger, Ric Estrada and Irwin Hasen. Longtime inker Bernard Sachs was visiting Julie Schwartz’s office at one point and wound up inking an armload, having the time of his life. 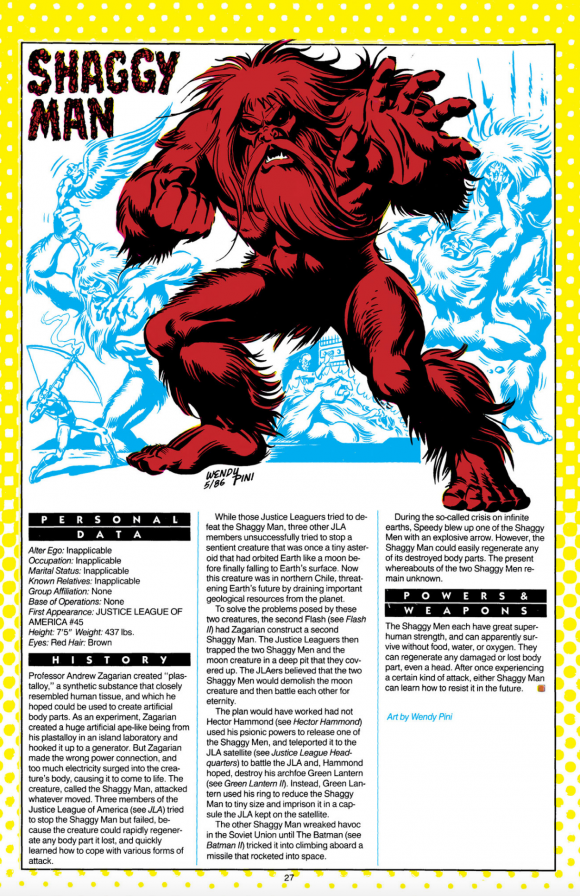 Still, there were the ones we felt should be there, given their legacy with the company but we couldn’t get to commit. Others were rising talents or known for just one company and they were reluctant to come over, even for a single page. Thinking back, here are the 13 I really wish we had been able to entice – in alphabetical order:

Neal Adams. When Neal began drawing covers and then interiors in the latter 1960s, he was a breath of fresh air, bringing a new look and feel to the tried and true heroes. His take on Batman in The Brave and the Bold led to his work on Batman and Detective and of course, his Green Lantern remains iconic as well. 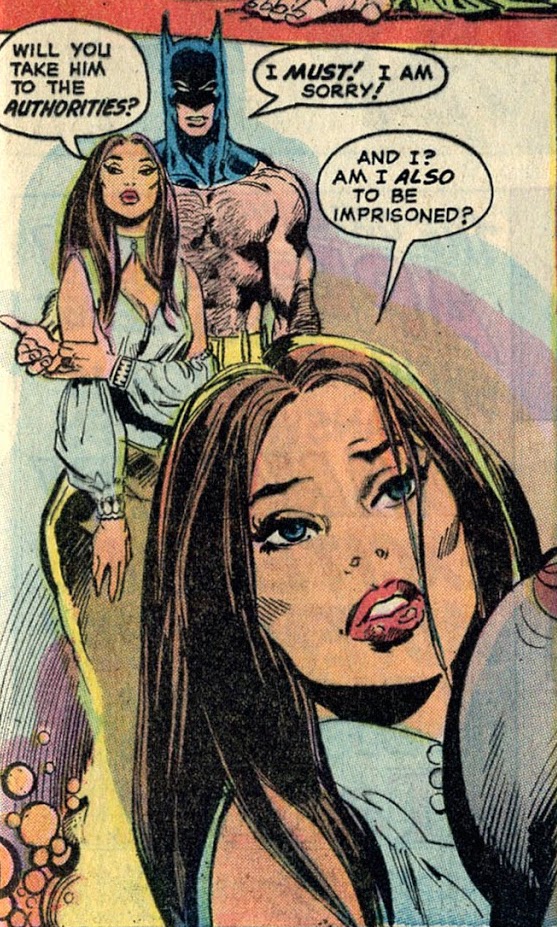 Sadly, Neal, a champion for creator rights, did not want to work for the company’s work-for-hire contracts. He refused to sign the form for Who’s Who and our legal department wasn’t interested in the man hours required to revise it for what may have been a single page. That changed soon after when the company began its Deluxe Format reprints, including his Deadman run, but this hurt. Imagine his Batman, Ra’s al Ghul, Hellgrammite and Talia, inked by Dick Giordano?

Sy Barry. I grew up on Sy Barry’s Phantom comic strip as it ran in the Long Island Press. I was in high school when I learned he lived in my development. This led to me and my best friend Jeff Strell pestering him for a fanzine interview. He agreed and couldn’t have been more gracious. The piece never ran, but when I conceived Comics Scene I intended to rectify that as Jeff interviewed him afresh for the first issue. 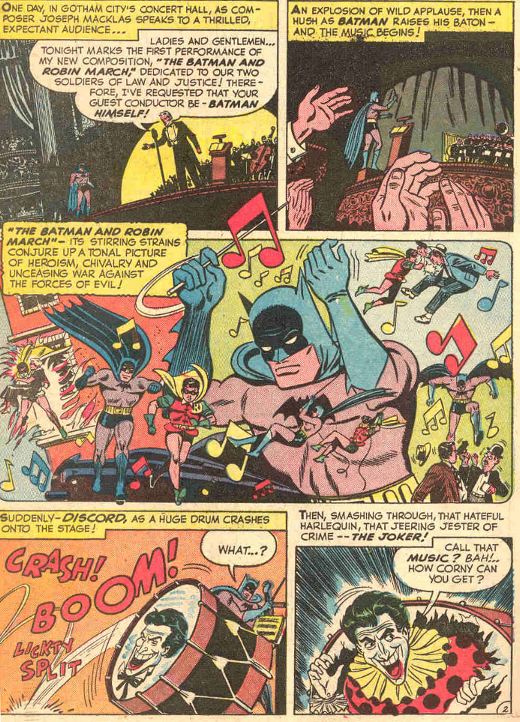 Prior to the Ghost who Walks, Barry got his start working for DC, mostly as a part of Julie Schwartz’s stable. Barry, 93, is the oldest living artist to have worked on Batman, having inked several issues. He also inked Carmine Infantino on the original Phantom Stranger stories.

Sal Buscema. His older brother John was such a Marvel mainstay that we had little hope of swaying him to come over (and he never did until 2000). I had an inkling that Sal, though, might be gettable. For whatever reason, I fixated on his drawing the Golden Age Starman page and spoke to him on several occasions. It seemed like he was ready to commit, but at the last minute he thought better of it and remained with Marvel. Sal didn’t come to work for DC until a few years later so this is the one that got away. 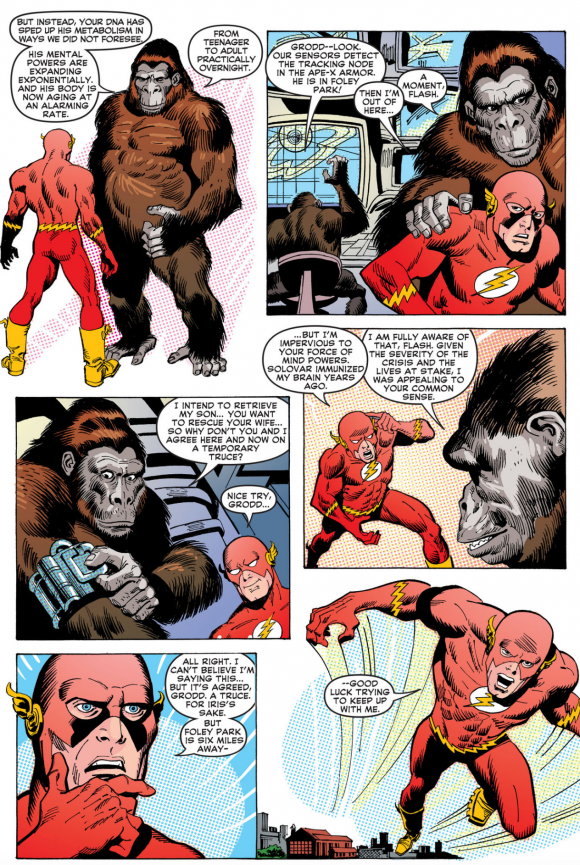 DC Retroactive: The Flash — The 1970s. Pencils by Benito Gallego. Inks by Buscema.

Nick Cardy. Nick was the face of DC Comics for the first half of the 1970s as the company’s main cover artist, inheriting the role from Neal Adams. But, growing up in the 1960s, I devoured his Aquaman and Teen Titans (Issue #14 was a particular favorite), just as his art had grown in sophistication, freed to experiment as Carmine Infantino was de facto art director on his way to becoming the publisher. Nick was on the outs with us, for reasons I no longer remember, and he wasn’t a fixture on the con trail at that point so I was never able to talk to him in person. Just as we celebrated 50 years of characters, we tried to honor their illustrators and his absence is keenly felt.

Will Eisner. While Will never worked for DC proper, and didn’t have anything in print until Superman #400, he was the creative dynamo behind the Quality Comics characters. DC bought the company’s characters, including Blackhawk, Plastic Man, Uncle Sam, etc. in the 1950s. It would have been fitting to have him produce one of those characters and I know we spoke about it, but he was very busy with teaching, lecturing, and producing his magazines for Kitchen Sink. Alas. 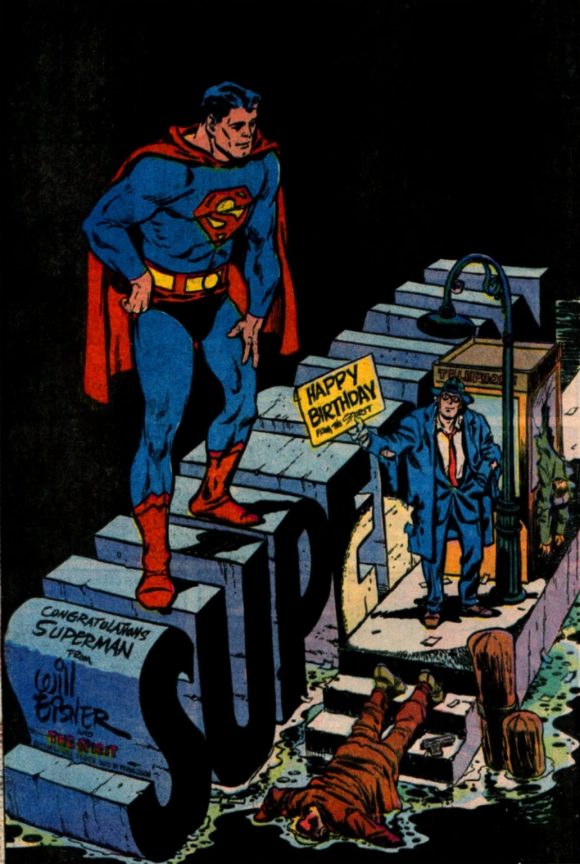 Ramona Fradon. Ramona left comics in the late 1970s, taking over the Brenda Starr comic strip, and was not yet attending cons with regularity. Still, she was a 1950s-’60s mainstay with Aquaman and Metamorpho, among other stories. She was also a rare female artist through those years and her absence in these pages was a major oversight. Getting to know her more recently, she’s a lovely lady and remains a talented artist, doing fun commissions. 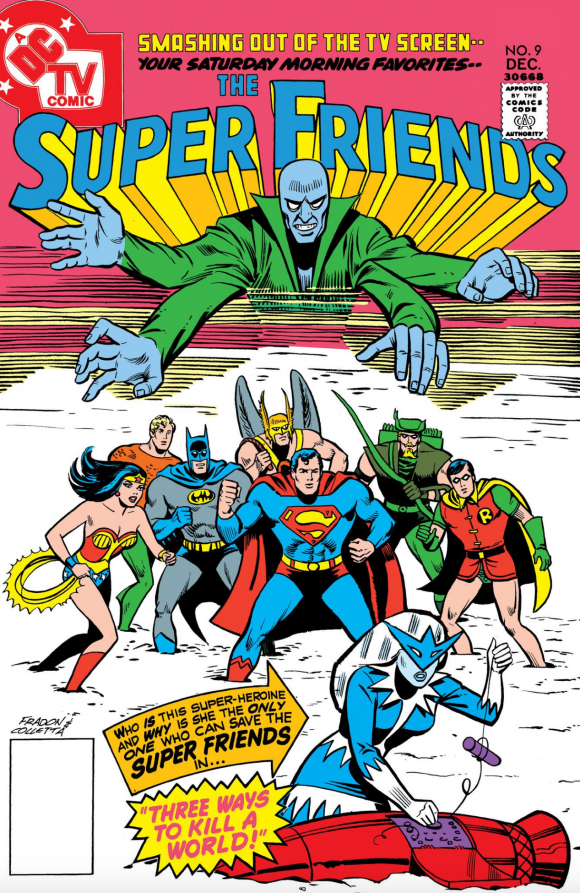 Michael T. Gilbert. Bursting on to the scene in Star*Reach’s Quack! and Imagine, Michael’s distinctive style was well suited for the eerie, the bizarre, or the downright quirky. Today, the historian is best known for his Doc Stearn…Mr. Monster and he didn’t get to DC until a decade later. Still, his take on one of our occult characters would have been really interesting. (UPDATED: From the Nobody’s Perfect Dept. — Gilbert DID contribute to Who’s Who. See the comments below.) 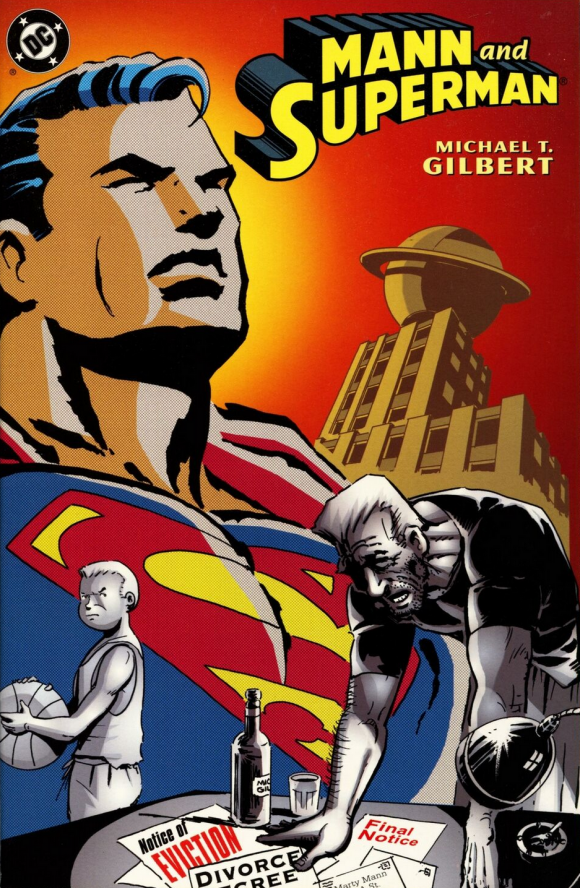 Sheldon Moldoff. Shelly was there at the beginning, an artist in his own right, along with one of Bob Kane’s first ghost artists. It was Moldoff who introduced us to Green Lantern on the cover of All-American Comics and his Hawkman feature in Flash Comics was a lovely Alex Raymond pastiche. If we could get Martin Nodell and Irwin Hasen, we should have been able to get Shelly. I no longer recall why we didn’t get this Golden Age great and to me, it was a missed opportunity. 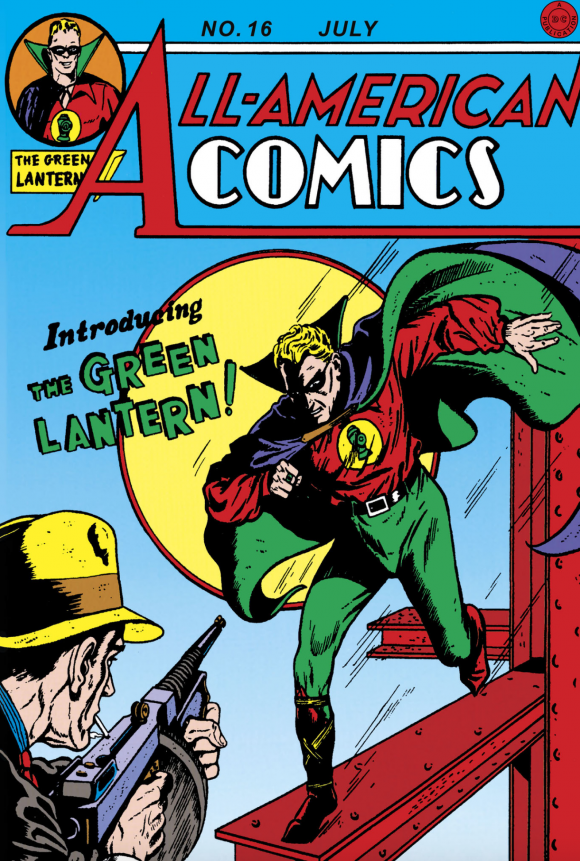 Frank Miller. He got his start with DC in the mid-1970s, went off to Marvel to become an overnight sensation on Daredevil then came back to DC to pioneer format and content with Ronin. He segued right from there into The Dark Knight and you would have thought he would be fine with a page or two in our little project. Instead, he was too busy, as I recall, because after two years of work, the book was getting scheduled to debut in early 1986. (Funny story: During this period I had time on my hands so Dick Giordano asked me to help him with Dark Knight. I read through the material, looked at its then-current schedule and called Frank, who I had known for a while by then. I told him how excited I was to work with him. However, I noted, he was running late. The next day, I was off the project.) 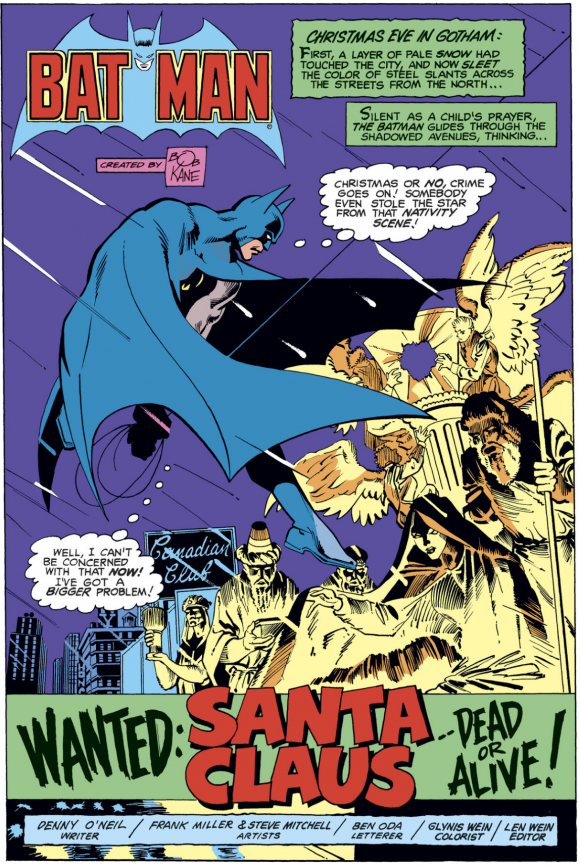 Dave Sim. Much as it was a thrill to get long-time fan Wendy Pini to put aside her elves for a little while to draw a page (and she asked for Shaggy Man!), I also wanted to get Dave Sim to put Cerebus the Aardvark aside and come draw a page. I had gotten to know him a bit through Comics Scene so had hoped to convince him. Memories fade with time and I believe I reached out and was gently rebuffed, but I couldn’t swear to any of it. Still, having him there would have been tremendous fun and I wonder whom he might have picked. Barry Windsor-Smith. If memory serves, it was during this period that Barry Smith had taken his Hulk project, Thanksgiving away from Marvel, and repurposed it for DC as a Superman story, with Karen Berger assigned to edit. There was some hope, I believe, in getting a page from him, maybe Lois Lane? Again, the memory is fuzzy here and I don’t recall if we ever connected or he refused. Still, that project is finally coming to light this spring, a mere 37 years later. Steranko. Jim Steranko, like Wendy Pini, made his debut in Superman #400, illustrating a short story that has been reprinted a few times. He is a wonderful designer and I would have loved to see what he would have brought to our pages. In this case, I believe we never reached out to him so this was a slip on our part. Bernie Wrightson. Bernie is emblematic of the new generation of artists that arrived in the late 1960s and early 1970s, best known now for his Swamp Thing. He was an atmospheric artist and I could imagine any number of characters, from the horror hosts to Anton Arcane. Again, he may have refused over the work-for-hire contracts at the time. I honestly don’t recall but boy, I wish he was there. 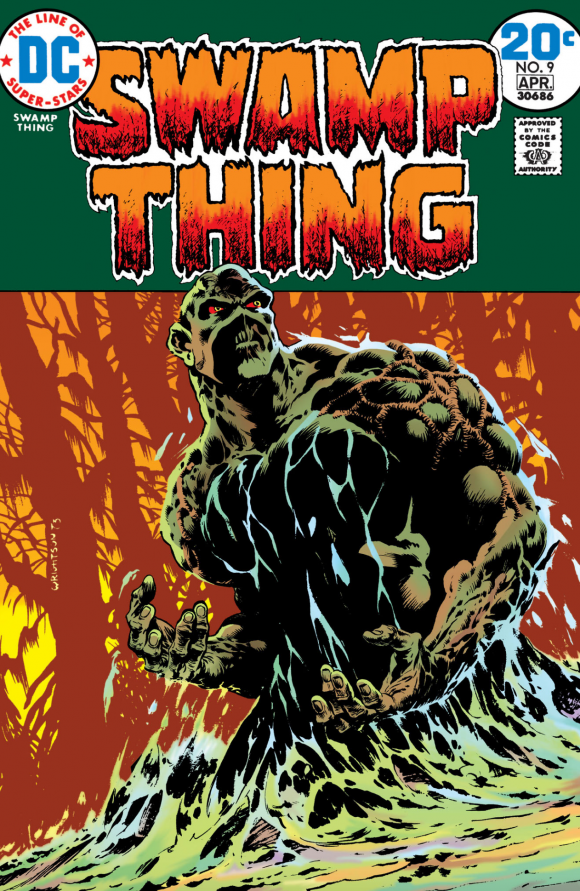