It’s what you want.

Avengers: Endgame is everything you’d want it to be, and more — three hours of heavy action, high comedy, introspection, payoffs, paybacks, callbacks and heart-tugging emotion. This was a movie of magnificent spectacle and deeply poignant moments, a valedictory of pop-cultural achievement.

Here are 13 QUICK THOUGHTS – and yes there are SPOILERS AHEAD:

1. A movie like Endgame has to strike a delicate balance between genuine surprise and comfortable predictability. The former is essential to compelling storytelling and the latter the key to those all-important, long-gestating “Hell yeah!” highs. I’ve thankfully become adept at avoiding spoilers, so I was caught completely off-guard by both the death of Thanos in the first 10 or so minutes and the subsequent five-year time jump. It was an exciting, ballsy move and it made the stakes that much higher. 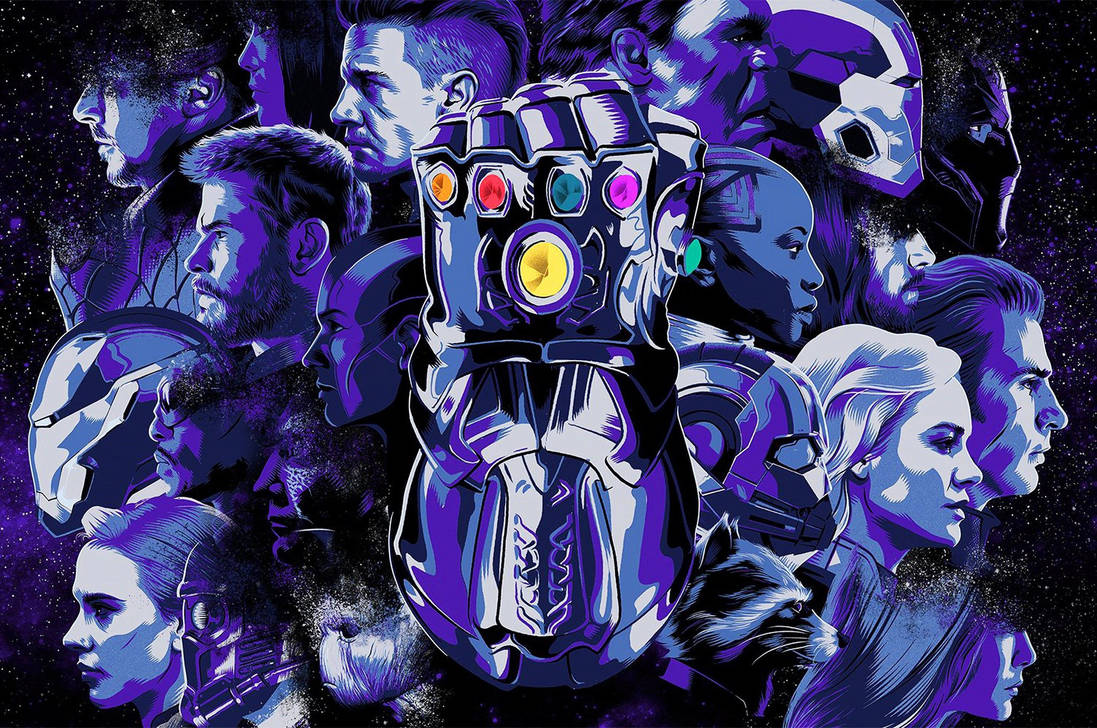 2. Given the evolution of the MCU, however, Endgame’s plot is secondary to the film’s resolution. Going in, we all know that Thanos will be defeated and that most, if not all, of those lost at the end of Infinity War will return. We also know that the MCU is going to keep going for years and years to come. The mystery is in how we get to the end of this particular iteration of the franchise and whether the characters in which we have the most emotional investment get the finish they deserve — both for their sakes and in service to the overall story. So, let’s take a look at whether each of the Avengers’ main six heroes were given their proper due:

3. They certainly made up for lost time where Hawkeye is concerned — but to the movie’s detriment. He’s always been the least developed of the MCU’s Original Six, so his arc carried the least emotional payoff. That said, I am intrigued by the idea of Jeremy Renner’s upcoming TV series. 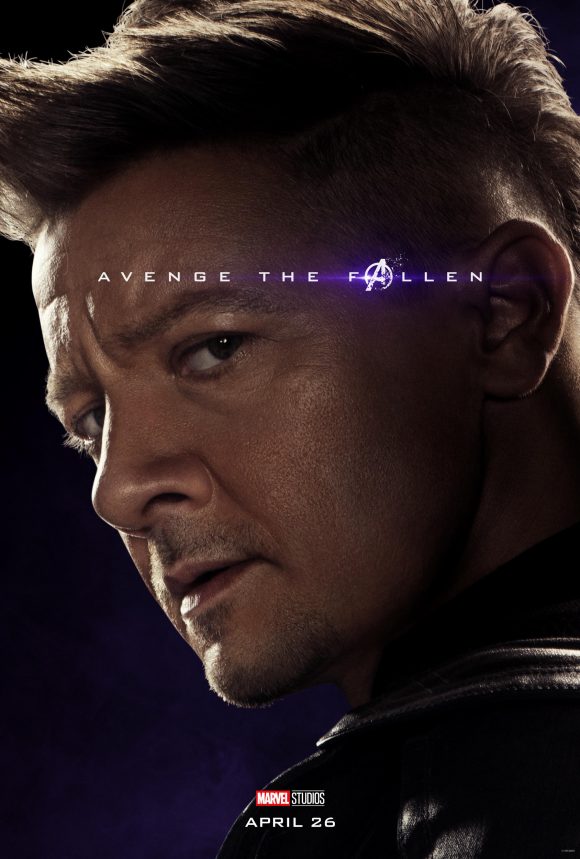 4. Despite Clint’s insistence otherwise, there’s plenty of room to bring back Black Widow, given the nature of her demise and its connection to the Soul Stone. (And let’s not forget all that talk of a solo outing for Scarlett Johansson.) That said, Natasha has always been burdened by heavy guilt, so she got to go out in fitting fashion — sacrificing herself not just to save Hawkeye but life itself. I’d say she wiped the red out of that ledger. 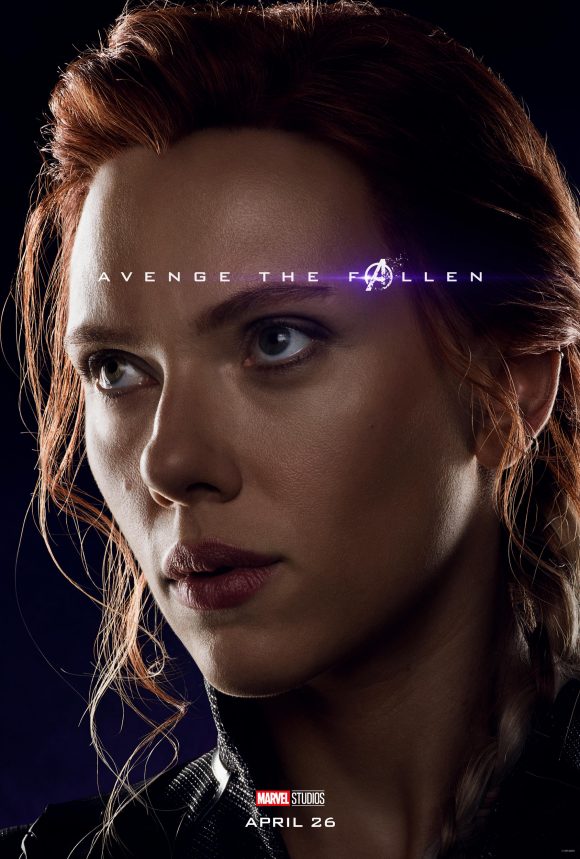 5. The filmmakers have really cracked the code with the Hulk, haven’t they? Positioning him as a comedic foil has made Bruce Banner a fully realized, completely charming character. I also appreciated the nod to the comics, which have long varied the balance between Banner’s brain and the Hulk’s brawn. A Hulk happy in his own green skin — warmly played by a very game Mark Ruffalo — is quite the reward for a man who by his own famous declaration was once “always angry.” 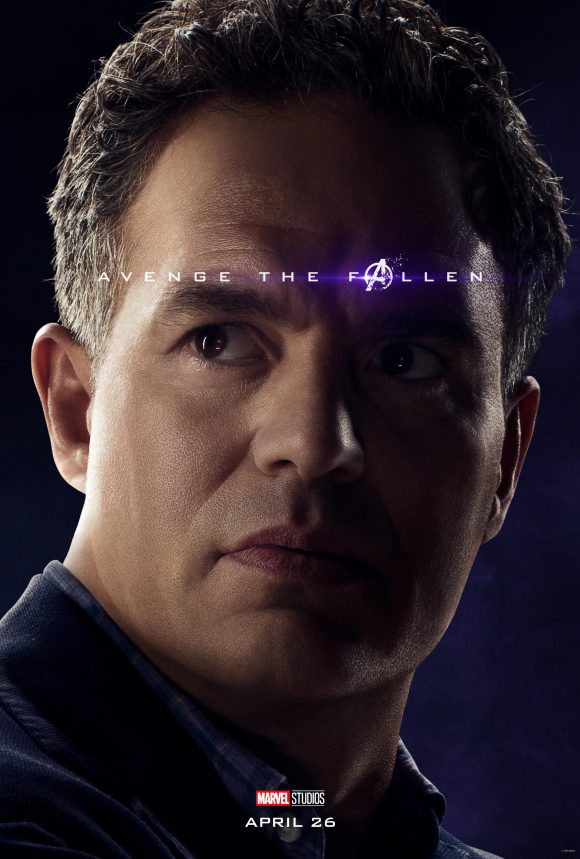 6. Like the Hulk, Chris Hemsworth’s Thor has proved time and again to be at his best when he’s played for satire — though the demands of the story meant that the writers had to put heavy stock in perhaps the MCU’s weakest entry, Thor: The Dark World. Still, Thor’s mightiest, most moving moment was his quietest one — when, reunited with Mjolnir, he was relieved to learn what we already knew: that he was still worthy. The Dude of Thunder abides — and it’s storytelling genius that he’s joining the Guardians of the Galaxy. 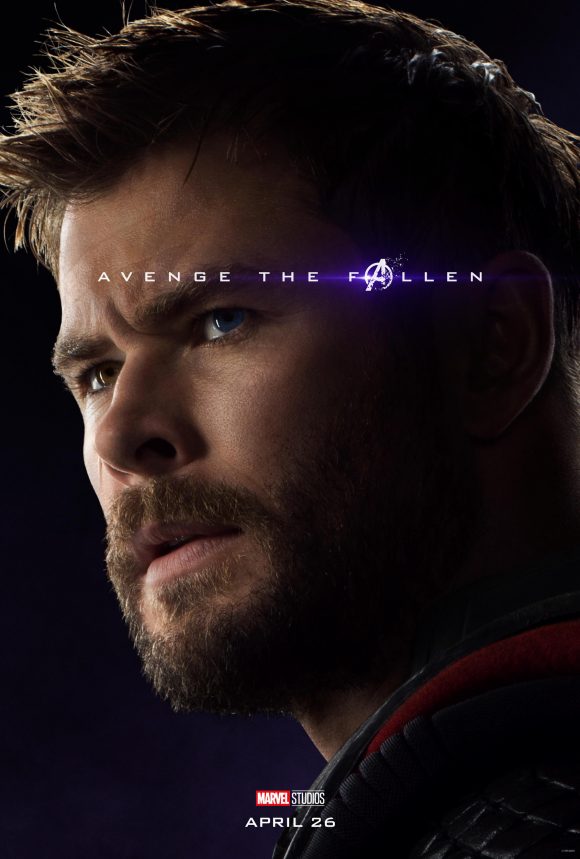 7. Iron Man got the big death that an epic like this demands and it was a wholly appropriate conclusion to Robert Downey Jr.’s groundbreaking run in the series (assuming he actually does leave the franchise). From his very first scene in 2008, Tony Stark has been on the edge of mortality — and Cap, his best frenemy, has long criticized Tony’s deep self-absorption. The MCU began with Iron Man and it was entirely right — and predictable as the huge war played out — that he deliver the killing stroke against Thanos. On the other hand, I did not expect that Tony would fall in the end. Of course, he did both while quoting himself. “I am Iron Man,” indeed. 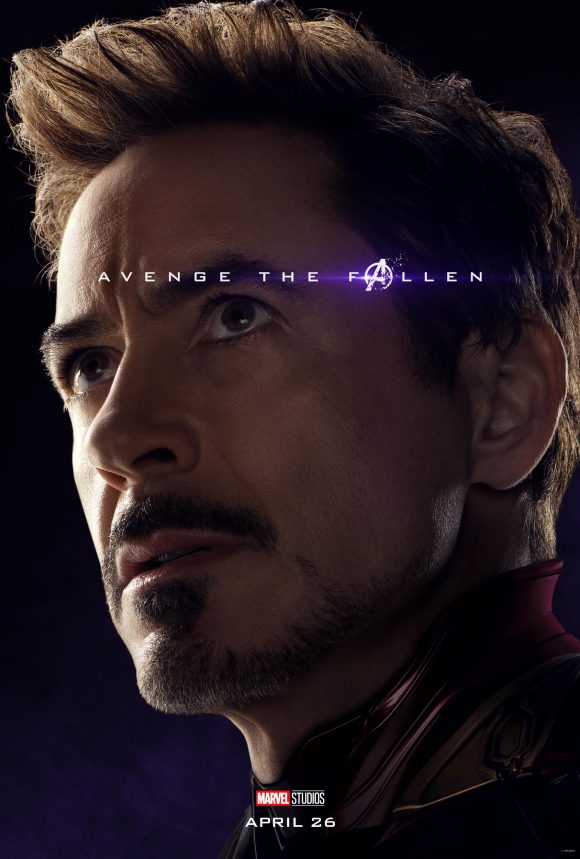 8. Tony’s demise and its aftermath may have brought the MCU full circle, but Captain America is the series’ stout heart and moral compass. Of everyone central to the Avengers, Steve Rogers’ fate was, fittingly, the most poetic and just. Cap got the life he’s longed for from the moment he learned he’d been thawed out of the ice — a golden-hued do-over where he finally got to dance with his best girl and kiss her too. If anyone in this universe deserved a long, happy life of domestic bliss, it was Captain Steven Rogers (Ret.) of Brooklyn, USA. 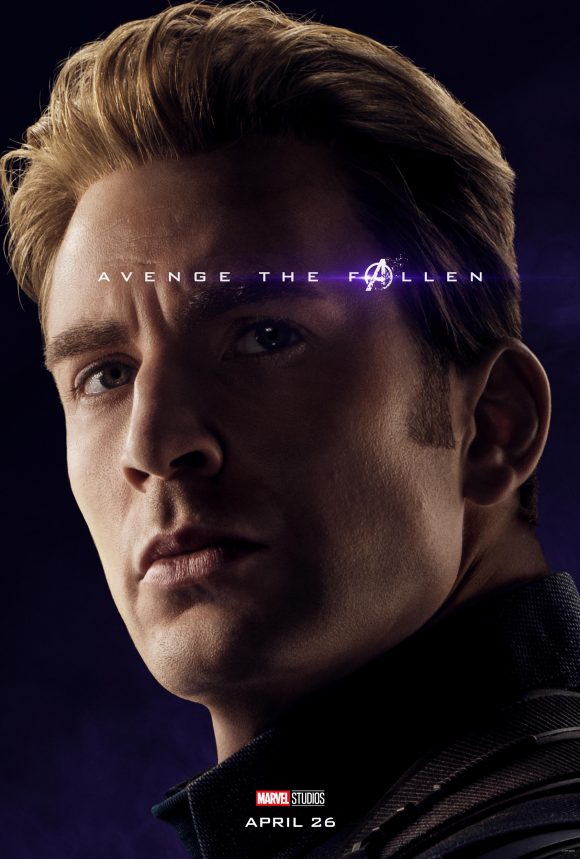 9. I had no idea that the movie was going to rely so heavily on time travel, or as Ant-Man and Iron Man termed it, a “time heist.” I mean, I knew there would be all sorts of reality-bending but I assumed that would be largely dependent on the use of the Infinity Stones, as opposed to a caper centered on lifting them from different points of the MCU timeline. The idea worked really well overall, giving us funky, alternative perspectives on familiar scenes and providing many of Endgame’s best laughs. 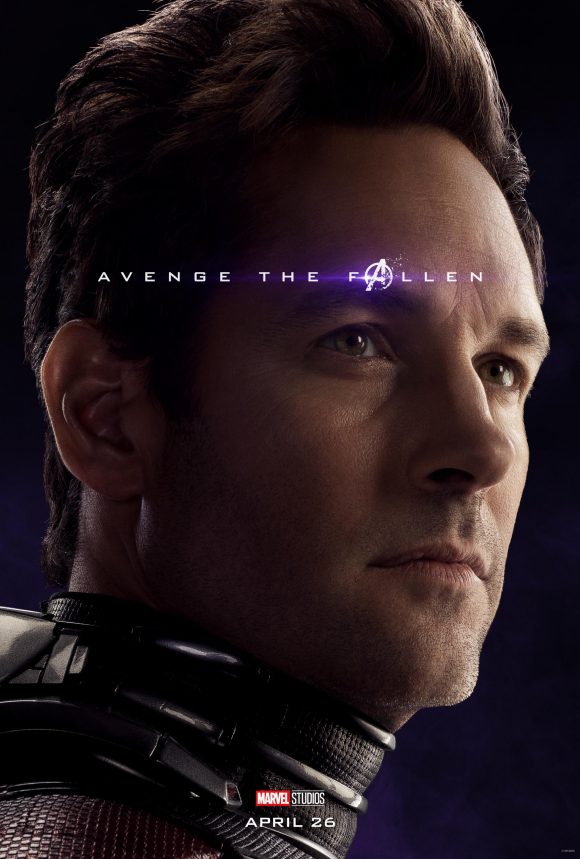 10. The best gag? Cap pulling the plug on another bruising elevator fight with a well placed “Hail Hydra” — a line loaded with extra humor for comics readers, given the absurd Secret Empire controversy from a couple years ago. 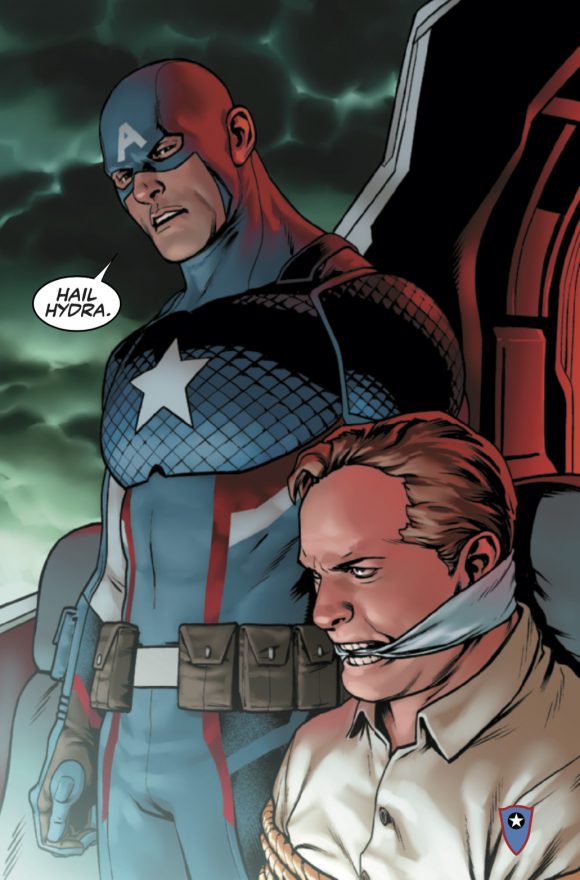 11. Cap also got the best “Hell yeah!” moment — maybe of all the MCU’s 22 movies — when Mjolnir flew through the air into his hand at the height of the battle against Thanos and his evil forces. It was not only the film’s best callback, it was Endgame’s highest peak, an electrifying moment punctuated by Thor’s satisfied — and wonderfully satisfying — response: “I knew it.” 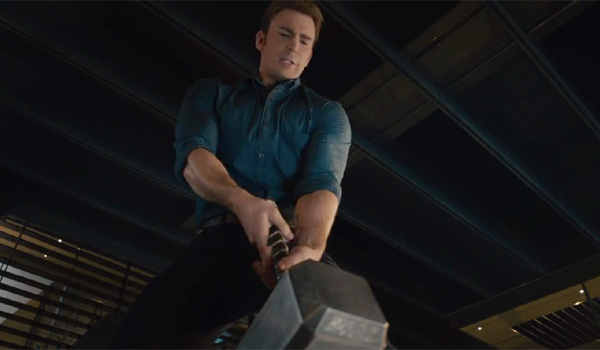 From Avengers: Age of Ultron

12. I appreciated that the movie made it abundantly clear that the events of Endgame were precipitated by Dr. Strange’s decision to give up the Eye of Agamotto at the end of Infinity War, without hitting us over the head about it. Don’t forget the three most important things that Strange told Stark in that film: 1) That the heroes had one path to survival out of 14,000,605 possibilities. 2) “When it comes to saving you, or the kid, or the Time Stone, I will not hesitate to let either of you die. I can’t, because the universe depends on it.” 3) “I’m sorry Tony. It was the only way.” Strange knew that Tony was going to die before all of us. Because the universe depended on it. And it was the only way. 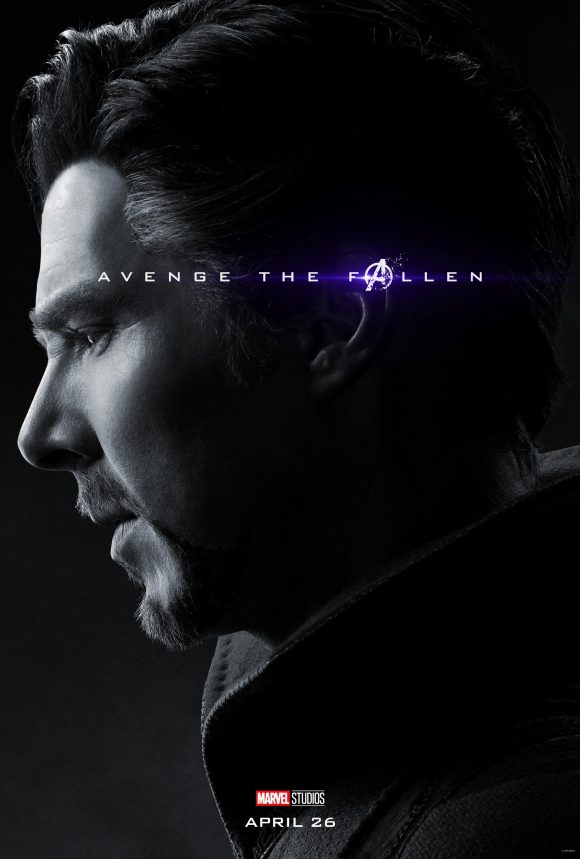 13. Last year, I wrote that the Russo Brothers, who have done a magnificent job with the MCU, fell a little short in staging the Battle of Wakanda. I take it all back. The climactic war in Endgame was an awe-inspiring, jaw-dropping tribute to the power of Marvel in all its strength, diversity and glory. No film franchise comes close. I grew up a DC kid and never expected to ever care about anything Marvel as much as I do the MCU, not even considering my lifelong love of Spider-Man.

Endgame brought it all home and while I suspect the franchise will not come close again to this level of greatness, I very much look forward to finding out.

— Why the MARVEL CINEMATIC UNIVERSE is the Greatest Movie Franchise Ever. Click here.