You Should be Reading This: The Wake

Home » RANDOM STUFF » You Should be Reading This: The Wake 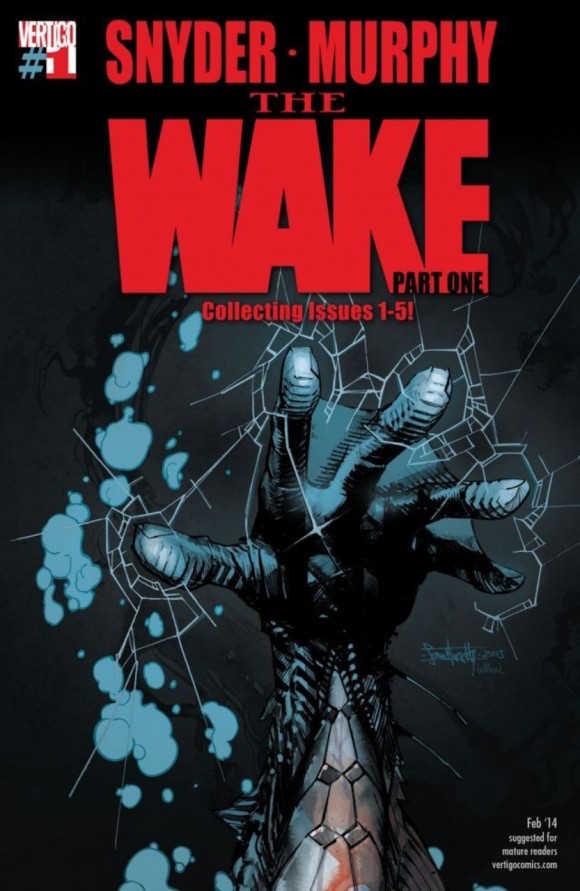 I had thought I missed this book, initially. Around the time #3 was coming out, I had heard enough to really want to try The Wake. My shop had sold out #1 and #2 within a week of each coming out but, hey, I’m a retailer, right? Just re-order. They were, of course, sold out on a wholesale level. This only piqued my curiosity more, obviously.

A few weeks later, while going through recent back-issue inventory, I discovered a copy of the “Director’s Cut” edition of #1. Un-colored, with transparent word bubbles to help you more clearly see the art, this edition of The Wake did an amazing job of drawing in this Black & White lover.

You know my rule here, NO SPOILERS. Keeping that in mind, here’s what I found: layers and layers of storytelling — the focus jumps all through time and even to other planets, while retaining a strong narrative flow that assures the reader it’s all connected. The art adds to this, clearly having undergone much thought and revision in the formative process to carry such perfect design and thematic motifs. 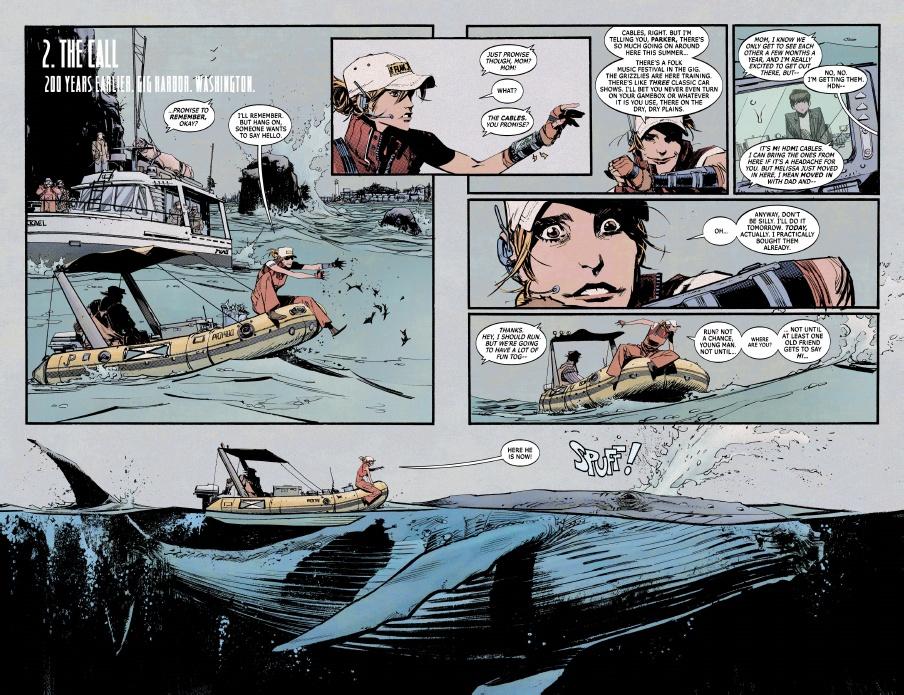 And the characters! Perfectly portrayed archetypes, so effortlessly understood within two panels. Keep in mind that these main characters are only part of the larger, epoch-spanning, story slowly unfolding, as if the “Fellowship of the Ring” were interspersed in “The Silmarillion.” Oh, but with lots more death. 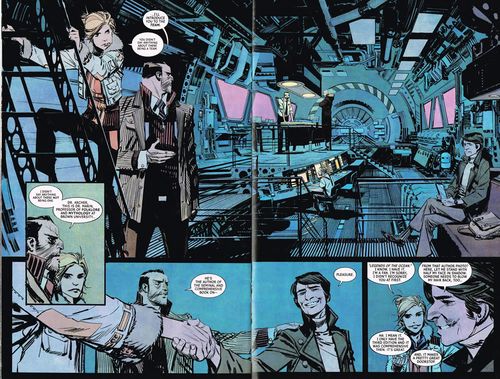 Yeah, you heard me, LOTS more. Think “Game of Thrones” death. No, better yet, as it fits the tonal piece of the first half released so far, think “ALIEN” death. Yeah … underwater! Seriously, I can see this pitched in Hollywood — “It’s ALIEN, only … wait for it … underwater!” But Scott Snyder’s writing, pacing, world-building and characterization with Sean Murphy’s stunning art, seamless paneling and intricate design work raise this book so far above the summer movie level. 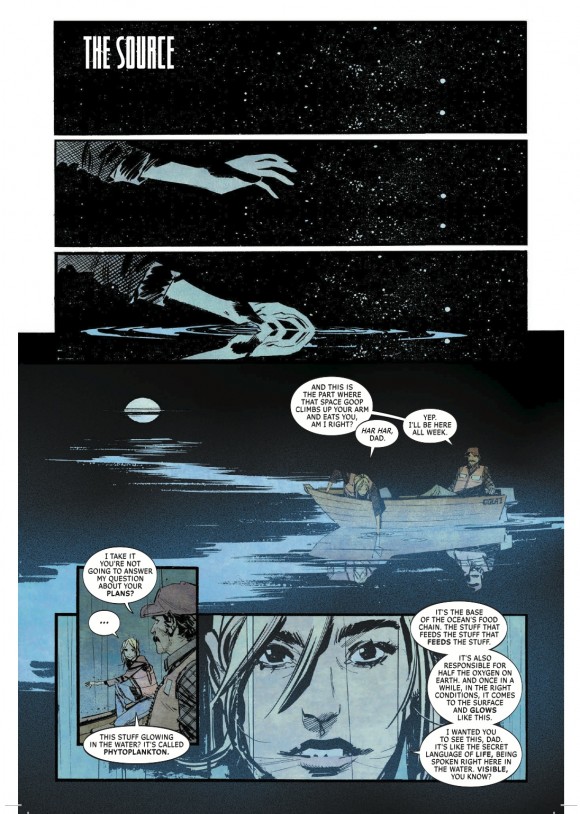 And there’s more to come! What I’m describing is only the first half of the story, though it functions amazingly well as a story all on its own. Well, maybe not. … Maybe more like the first book in a trilogy. But that’s OK, because once you read the first half you’re going to want the rest anyway.

The Wake is the sort of smart, scary, enthralling comic that keeps you up late at night and makes you rush to the shop on the day it’s out. What Murphy and Snyder have done here is make the sort of book you eagerly re-read and get more appreciation for each time around.

The Wake is put out by Vertigo and the first five issues were collected in a single volume just this month. New issues  begin in February.

Who would like this book: Readers of East of West, Watchers of atmospheric SF films like “Alien” and “Blade Runner” and anyone (everyone!) who wished “Waterworld” was better.

For more of Menachem’s You Should Be Reading This recommendations, go here. Menachem runs Escape Pod Comics in Huntington, N.Y.