Hello, citizens! Would you like to win a boxed set of BATMAN ’66 bendable figures at NEW YORK COMIC FEST? Of course you do! Come to our show June 14! Here are the details: 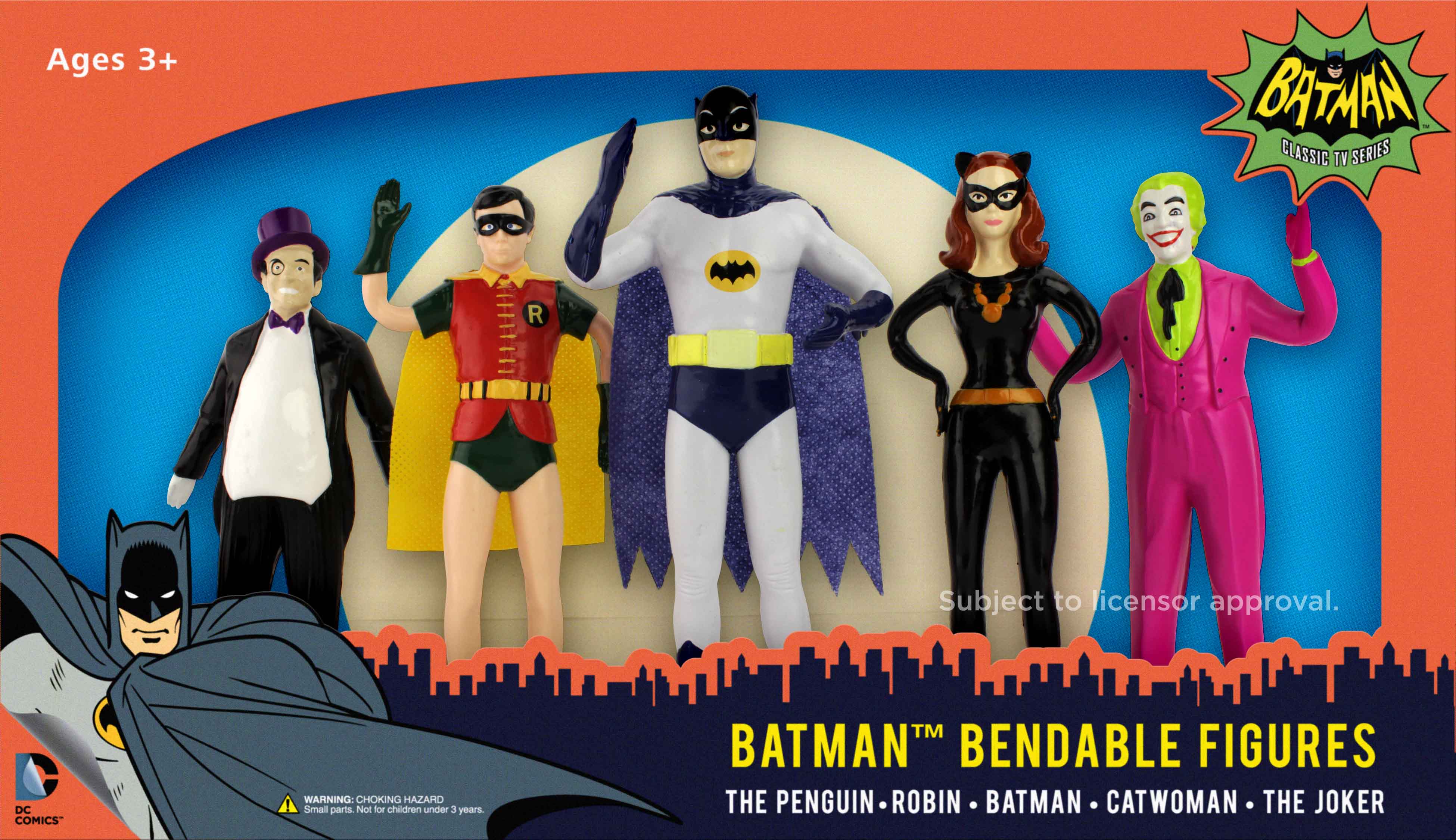 We’ve done some coverage of NJ Croce‘s Batman ’66 bendable figures, due out later this month.

But if you want to win a fancy boxed set of the first five figures — Batman, Robin, Joker, Penguin and Catwoman — then you’ve got two ways to go about it at the show!

1) Come to our Batman Trivia Contest — which I’m hosting. Do well, and you could win a set!

2) Enter our Batman Cosplay Contest! Do well, and you could win a set!

Keep an eye on the NEW YORK COMIC FEST website for schedules and check out the schedule in the lobby at the Westchester County Center on the day of the show, June 14. TICKETS HERE!