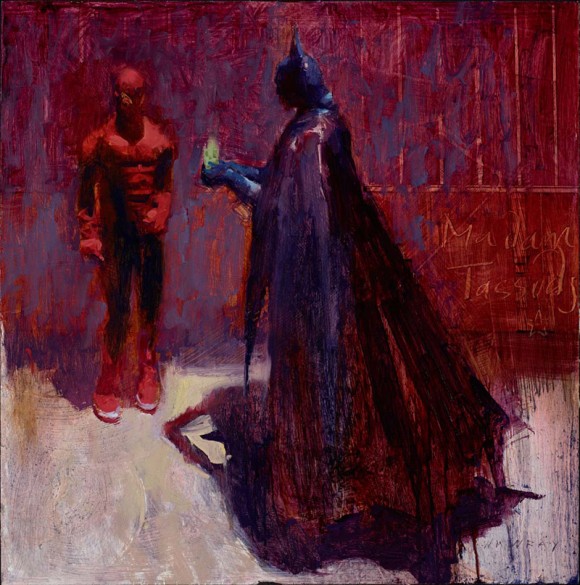 Many fans of your comics and animation work might see Fortress Los Angeles as a radical departure, but you’ve been painting, as a fine artist for quite some time, right?

I did comics and animation in LA as a young man. I went to New York in the eighties to go to school to be a painter. I was too intimidated by contemporary art to try to be a fine artist at that point, so I did comics and illustration. I knew I was a painter, but had to figure out what to paint. I’ve be seriously doing fine art since 2005. The Superheroes paintings started a few years ago. I’d have done them sooner as comics are in my M.O., but didn’t have an idea that was different enough from pop art or comic art itself.

And you’ve put out books of other works? What are the themes in those.

Actually I’ve been lucky enough to have publishers. I do Urban Landscapes and other figurative work. 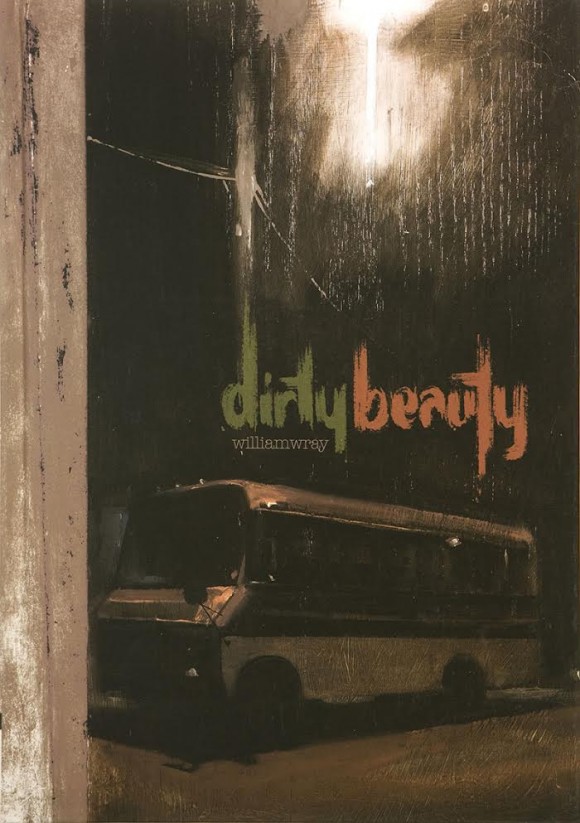 Getting back to Fortress Los Angeles; at first glance, they’re superheroes, but as one takes in the entire series, there’s something else going on here — they’re people in costumes. How did this all come about? Are these cosplayers? Are they staged? Random? 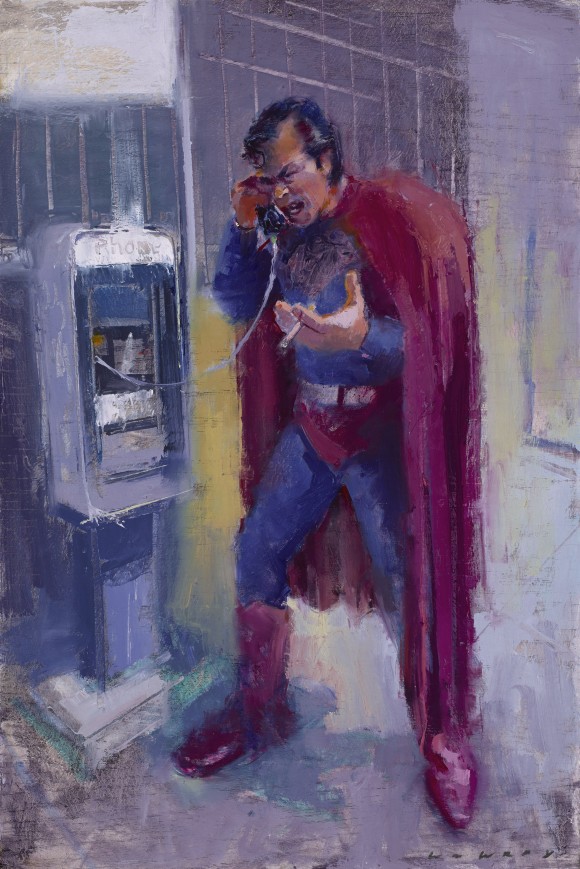 All of the above. I started with real moments at cons and on Hollywood Blvd. Then asked the costumed ones to model for me usually in their home environment doing their typical day, but in costume.

On these superheroes, your style is more John Singer Sargent than Neal Adams. Who are some of you influences or heroes?

That’s flattering, but I’m not near him in skill  but am influenced by classic art and contemporary, too many artsits to list. Any artsit doing painterly realism interests me. 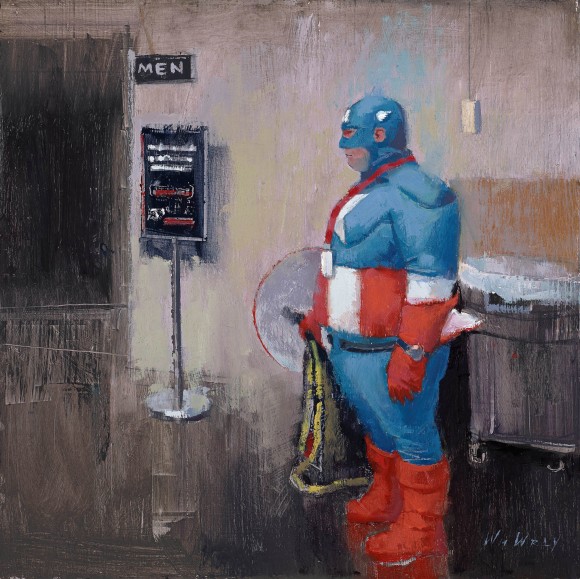 On your paintings you’re William and on your cartoons you’re Bill — are there two versions of you, or is that just how you market yourself for different projects?

I used the two  names to separate the two worlds, but they are getting closer together. Some fine artsits play down their comic book past, but I enbrace it and am being encouraged to combine them.

The superheroes would appear to be from photos. On some of your other series, you’ve done landscapes. Are you a plein air painter or do you always work from photos?

Generally— but I spent years painting outside and change and stylize the photos radically into more of a drawing style versus photo realism.

You paint, make comics, work on cartoon shows — which do you prefer?

I like all of it, but mostly when given freedom on whatever project.

When did you first start making art?

As a child like most artists. Done to keep me sane and fight lonleness.

How’d you wind up in NYC?

To go to school.

I went back to work on the  Ren and Stimpy show. Working for John K. then Bob Camp.

And where are you located now?

Where can people see you and your work in the near future?

They can see it right now! check my website for two shows currently and my galleries. Also San Diego Comicon at the 3a booth with IDW. 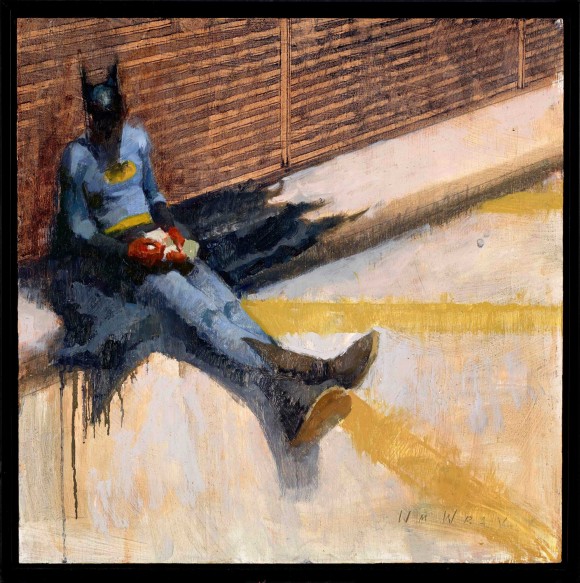 We’ll end Part 1 with this video of William Wray …