Why You MUST READ VALIANT

Home » Why You MUST READ VALIANT

Clay N. Ferno’s back to tell you, the reader, that you oughta check out Valiant’s new sampler of what the publisher’s got on the racks. 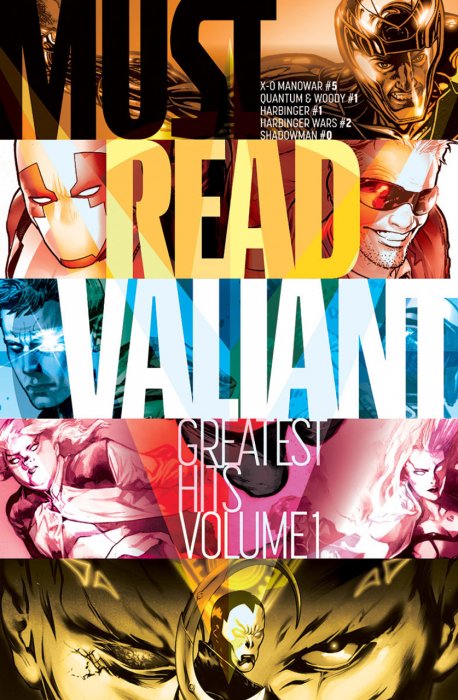 Valiant Comics‘ Must Read Valiant Greatest Hits Volume 1 is out now and the oversized comic is priced at $5.99 to get you into the increasingly popular Valiant Universe for the price of two regular comic books! Superheroes, space travel, top talent and an unflinching editorial eye for quality makes for a rich universe. Are you one of those fans that thinks the X-Men have too many books and The Avengers are cool on the big screen, but Avengers Mansion seems like a Spanx-filled flop house? Come on over to the Valiant side, there’s room for everyone over here and it all makes sense together!

Let us first take a look at the offerings in Greatest Hits Vol. 1. Back in MY day, we called this a 100-Page Giant. We’ll keep it short so you can start working on your Shadowman and Ninjak cosplays by the end of the article. 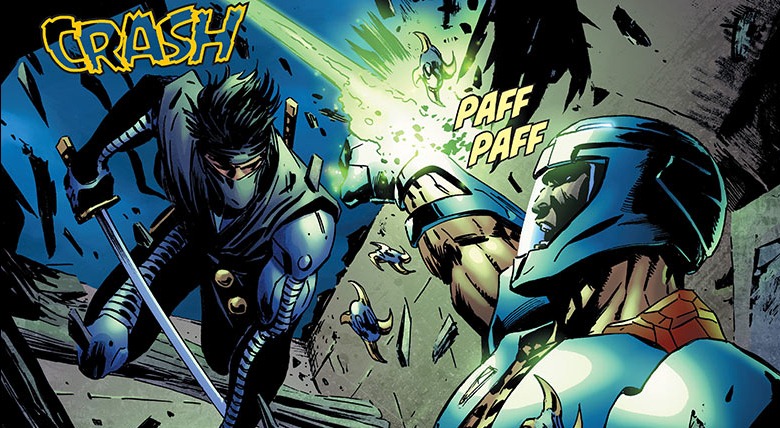 We start off with Valiant’s Iron-Prince-Out-Of-Water, X-O Manowar #5. The Visigoth from ancient Romania was taken away from the Vine aliens to toil on their farms before escaping and bonding with their most powerful weapon, the X-O Manowar armor. This issue reintroduces Ninjak, kind of like a Ninja Boba Fett. Killer issue!

Quantum and Woody #1 deals with two knucklehead step brothers who step into their late Dad’s  science lab when, of course, a life-altering scientific accident leaves them just as annoying to each other but all the more powerful! Who’s responsible for their Dad’s murder? What’s all this about a goat? For fans of snarky humor but also butt kicking! 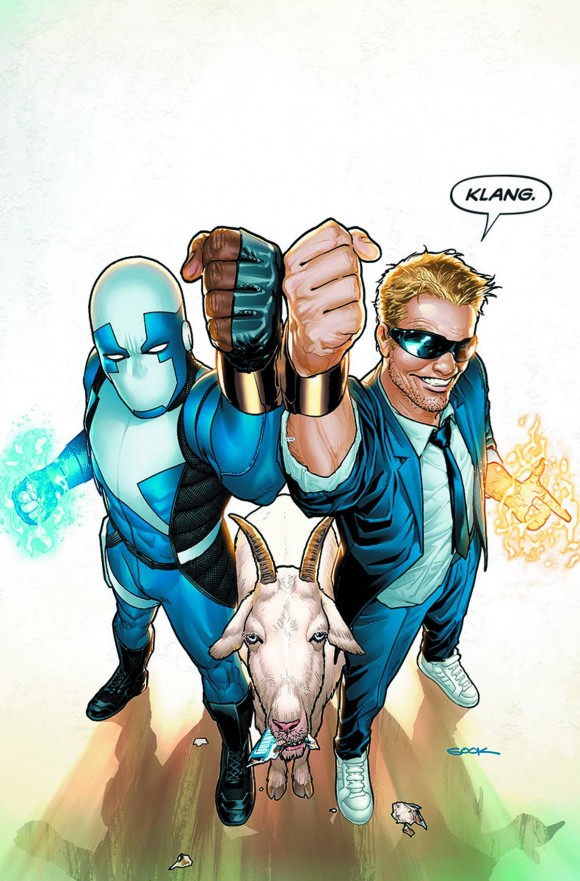 There has been one crossover event in Valiant, thus far, the current Unity arc, and heroes are trying to take down X-O Manowar who has a hate-on for conquering Europe. The precursor to that was Harbinger Wars. Issue #2 centers on iconic looking hero Bloodshot and escaped psiots (read: Valiant’s version of muties) versus Toyo Harada, the Tony Stark-crossed-with-Professor X of Valiant! Loads of punching, mutating nanites and bulletholes in this issue. Don’t fret the small stuff like the plot, you’ll get it! Plus, there’s a fun 8-Bit video game for your phone of the same name, where you get to blast pixelated baddies as Bloodshot!

Down in New Orleans, Shadowman #0 lurks in the swamps. The voodoo spirit of Shadowman takes over Jack Boniface, our hero. This one-shot #0 reveals the secret creepy origin of his immortal enemy, Master Darque. We’re taken back to the 1800s and two albino children being raised with dark powers, encouraged by their evil father. For fans of the spooky, mystical and dark magics!

We hope this ploy works for Valiant and readers take to the shops demanding more after this hundred-pager. They’ll find it worth every penny!