Why the TEEN TITANS Have Endured for Decades, by MARV WOLFMAN

Home » COMICS HISTORY » Why the TEEN TITANS Have Endured for Decades, by MARV WOLFMAN

Meanwhile, it would be hard to find someone better to kick off TEEN TITANS WEEK than Marv Wolfman, who of course created The New Teen Titans with George Perez and also had a hand in the original series.

So, here’s Marv with WHY THE TEEN TITANS HAVE ENDURED FOR DECADES. We couldn’t be prouder to have him launch the festivities: I’ve been asked by Dan Greenfield to write about the enduring success of the Teen Titans and their characters. In many ways I’m the worst person to ask. There’s no way for one of the creators to give an answer that doesn’t sound like bragging.

Growing up, I alternated between being a Titans fan and being someone who didn’t really care for them. I certainly liked the idea of the younger heroes getting together but I didn’t like that they were portrayed as being some kind of junior Justice League who had to ask their “parents” permission to do anything.  I liked that they were all strong characters but didn’t like that the stories were all low-key and not big superhero tales. Why weren’t they fighting villains as powerful as the JLA was? I liked the idea of superhero teens but didn’t like that they spouted teenage clichés that no one their age would have ever said.

I got a chance to write several of those early Titans stories and tried my best not to put too many “groovys” or “Dig it, mans,” in their speech. They didn’t talk or look like any teens I knew. I also didn’t like — no, make that I hated — that they had an adult mentor, Mr. Jupiter,  supervising them. So when I asked for the chance to create my own Teen Titans I knew exactly what I wanted to do: Age the characters from young teens to older teens. No fake kid slang that would be dated the moment it was used. No Junior Justice League. No answering to adult mentors. Actually, no adult mentors of any kind; they were all old enough to make their own decisions.

Also, the stories needed to be scaled up, not down. The New Teen Titans wouldn’t fight second-rate baddies; their villains would be adults and as powerful as any character the JLA ever fought. Treat the characters with respect and the fans will respect them. Each Titan would be as real as my partner in peril, George Pérez, and I could make them. With real, personal problems. With real emotions and passions. With real control over who they are and what they’d want out of life. They would have real identities people could understand. And they would all have their own lives outside the group as well as relatives and friends who weren’t part of their superhero adventures.

Each Titan was designed from scratch to allow us to write and draw any kind of stories we wanted. Science fiction: Starfire would be our way into those tales. Horror? Raven covered that. Detective: That’s Robin — later Nightwing’s — area of expertise. Tech and the real city: Cyborg. Each Titan would have real problems and real concerns. If they were old enough to get married, they were old enough to live on their own and make their own decisions. 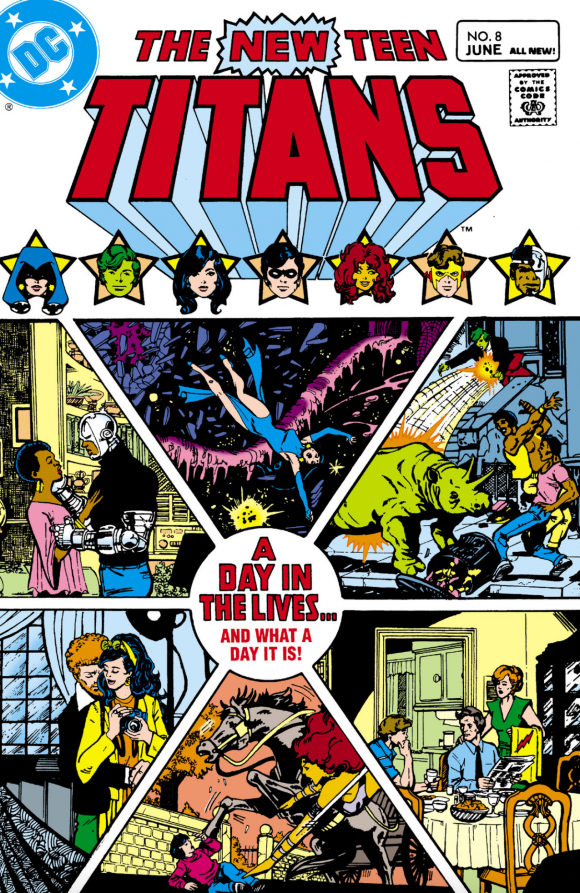 That’s the Titans George and I wanted to write and draw, and fortunately that’s the Titans the fans were interested in, too. I’m sure anyone can tell you what specifically they liked about the Titans, but that was our mindset when we created them.

I’m thrilled that our version of the Titans has gotten more popular over the years but you’ll have to ask the readers why. We just wrote and drew the kind of stories we wanted to read.