Whatever Happened To The Man of Tomorrow?

Home » BATMAN'S HOT-LINE » Whatever Happened To The Man of Tomorrow?

Batman v. Superman: Dawn of Justice doesn’t just pit the Darknight Detective vs. the Man of Steel. After seeing the film, I felt as though Zack Snyder, the screenwriters, and the entire team at Warner Bros. was against him, too.

I will admit, I went into seeing BvS with lowered expectations. I’ve have not found Zack Snyder’s previous films all that impressive, and his dark, heavy, overly dramatic style seemed an odd fit for the DC Universe. My expectations sank even further still when the initial reviews came in. Some critics whose opinion I trust really seemed to hate this movie, so I geared myself up for what I assumed was going to be a disappointing experience. Still, I thought, holding out some hope, how bad could any movie be that features all my favorite superheroes finally assembled on the big screen?

The answer is, pretty bad. 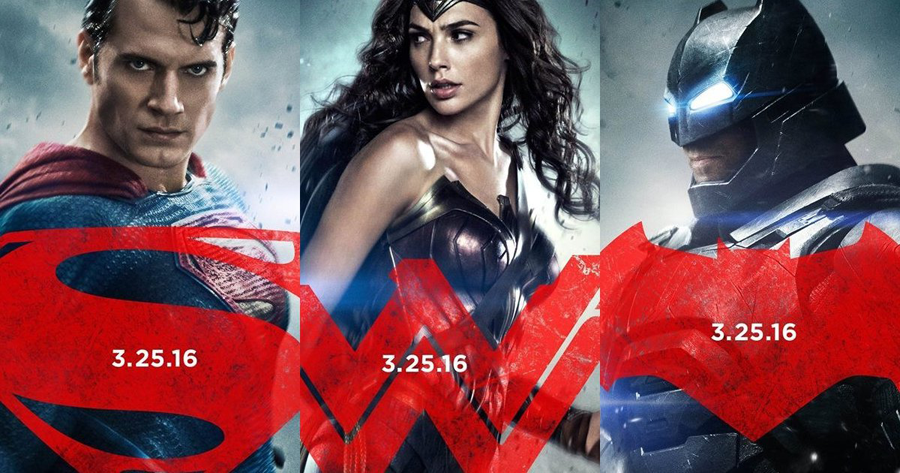 Ever since The Dark Knight Returns (from which this movie borrows so heavily Frank Miller deserves a screenwriting credit) it seems as though DC has been apologizing for Superman. Painfully uncool compared to the badass Batman, the company’s schizophrenic approach to the most famous superhero in history has now bled (and I do mean bled) into the lacquered walls of its parent company. In Batman v Superman, Zack Snyder gives us a Superman so beleaguered with self-doubt and self-hatred that it’s no wonder the world is against him.

Take, for instance, the scene where the Man of Steel arrives in Congress to testify. A crippled employee of Wayne Enterprises sets off a bomb, blowing up the building and nearly everyone in it. What do we see? A long, slow shot of Superman JUST STANDING THERE WHILE EVERYTHING AROUND HIM IS ON FIRE. If you want to be charitable to the point of incoherence, you can say this is the filmmakers’ attempt to show how slowly the world moves around Superman so he really wasn’t, you know, not helping while a room full of human beings were ripped apart by flames and debris.

As I watched this scene, I sat there, open-mouthed, at what was being put in front of me. This is Superman? Unfortunately, that scene is compounded by the following one, when we see Supes whining to Lois in her hotel room. As he stares gloomily from the balcony, we can hear ambulances in the background. So, instead of using his super-speed to rescue people and, I don’t know, bring them to nearby hospitals, he’d rather bitch and moan to his girlfriend? Great Rao!

It would be one thing if the film’s POV was, “This is a dark and gloomy world, and it doesn’t appreciate the good that is Superman.” That would a grim but interesting take (similar to what Tina Fey’s classic show 30 Rock did—that show clearly sided with the Liz Lemon character, but was never afraid to suggest the world she lived in was built for sharks like Alec Baldwin’s Jack Donaghy).

No, as BvS unspooled I felt as though the filmmakers themselves sided against the Man of Steel—they didn’t trust him either, so they just kept piling on. Superman spends a lot of time floating, staring, pondering, frowning, all the while he could be, I don’t know, acting like a hero. This Superman just lets things happen to him—for a guy who can change the course of mighty rivers and bend steel with his bare heads, he is incredibly passive.

Ben Affleck’s Batman I thought was pretty good, and his relationship with Jeremy Irons’ more action-driven Alfred was solid. Unfortunately, for a guy who is supposedly a genius tactician, he is brought down by a foe more diabolical than the Joker or the Riddler: the screenwriters. After not killing Superman with the Kryptonite spear, he tosses it away casually, even though HE SPENT THE WHOLE MOVIE FORGING IT.

This turns into a major plot beat where we then have to follow Lois (Amy Adams, given a whole bunch of useless scenes where she tracks down a high-tech bullet that amounts to nothing later on) as she retrieves it again, to help defeat the giant CGI poo-monster they call Doomsday. And after all this massive build-up to the fight, Batman is stopped from killing Superman because their moms had the same name?

There’s more, so much more. Why in a 2 1/2-hour film, are we treated to not one, but two slow-motion recreations of Batman’s origin, a story unknown to exactly no one at this point? Why is it OK that this Batman seemingly kills people at will? If Lex has such a problem with Superman because he sets himself above the law, why has he been OK with Batman running around all these years? Why is Superman seemingly forgiven for the carnage that happened at the end of Man of Steel, and then public opinion turns on him yet again for events that take place on the other side of the world, which hardly anyone witnesses? Why doesn’t Perry White know how to run a newspaper (“Kent—you’re on sports today!” Huh?). Why is the first scene featuring these two legendary characters wasted in a dream sequence? Why are forced to look at Polaroids of kind, sweet Diane Lane as Martha Kent with a gag in her mouth and epithets written on her forehead? Who thinks up such ugliness?

As I mentioned at the beginning, I was uncertain about Zack Snyder’s entire filmmaking approach and whether it was a good fit for Warner Bros.’ ambitious plan to have this movie kick off their multi-year, multi-film universe. But, going by the title, I thought we were going to be taken down this dark road only to be shown the light at the end, when the Justice League would be formed. Ah, I thought, it is always darkest before the dawn, so this will all work out in the end.

Unfortunately, the final scenes of Batman v Superman just promise that the subsequent movies will be more of the same. The same gloomy, overcast skies, the same level of hyper-violence, the same oppressive music, promising death and destruction at every turn.

However, in an effort—as much for myself as it is for you reading this—to end this thing on an up note, let’s talk about what I did like (it won’t take long). Gal Gadot made for a striking Wonder Woman, and I liked the idea she’s been working behind the scenes for a long time. I liked the Crisis on Infinite Earths-style first appearance by the Flash. And, of course, as a life-long Aquaman aqualyte, I was absolutely thrilled to see Jason Momoa’s brief bit as the Sea King. I found those fifteen-or-so seconds genuinely amazing. Never, in my wildest imagination, did I ever think I would see Aquaman on the big screen. And yet there he was.

In a rare moment where I disagree with this movie’s harshest critics, I thought the film worked the other heroes into the movie quite well—it seemed organic and a well thought-out piece of world-building. (I am heartened that the subsequent character spin-off films will not be directed by Zack Snyder, and have the chance to escape his gloomy “vision.”)

But I just can’t get over the bad taste Batman v Superman left in my mouth. Sure, Superman makes the ultimate (albeit temporary of course) sacrifice to defeat Doomsday, but I found I just didn’t care, because this movie never gave me a Superman to care about. And while I know we’ll never return to the happy, look-into-the-camera-and-smile Superman from 1978, the audience and the character deserve better than the dyspeptic mope put before us.

All in all, Zack Snyder and Warner Bros. were able to do something Lex Luthor has only dreamed about—kill Superman.

Rob Kelly is a writer/artist/comics and film historian. He is the co-host of The Fire and Water Podcast (and the host of its sister show, The Film and Water Podcast), the co-creator and writer of the award-winning webcomic Ace Kilroy, and the creator of the book Hey Kids, Comics!: True-Life Tales From the Spinner Rack. Despite what he just wrote, he will be seeing Justice League anyway.