The modern Mego makers are riding the lightning with this one.

Figures Toy Company announces new lines all the time and they usually make me pause with interest. But the latest — that the company’s gonna run with the Flash next year — is especially exciting.

It wasn’t really unexpected since FTC has routinely indicated plans to produce the core of the DC Universe, but it was nice to see nevertheless — especially with the inclusion of Reverse-Flash, my favorite Central City villain, and two Rogues, the Trickster and Captain Boomerang. 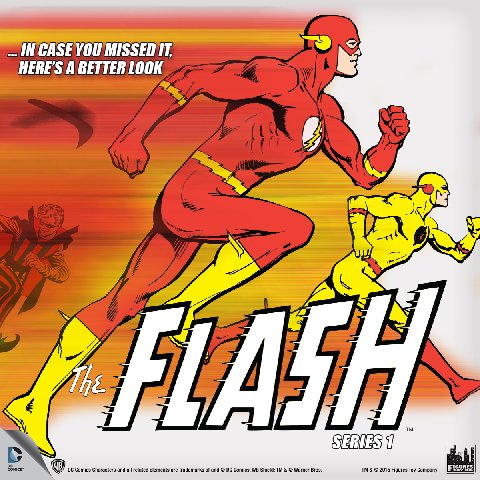 The Flash makes up one-third of the Great Mego Mystery of the 1970s — namely, why, in the name of Julius Schwartz, did the toymaker neglect to produce the Scarlet Speedster, Green Lantern and Lex Luthor?

These were the three figures crucial to a definitive DC line. You could argue for a number of other characters, of course, and FTC is doing yeoman’s work producing them, like Alfred Pennyworth, Bizarro and the forthcoming Dr. Sivana. But the Flash is one of those major-league components.

Now we’ve been down this road before: Mattel produced the Flash (and GL and Luthor) as part of its Retro-Action line. But I never really dug the Retro-Actions. They were a little too slick to be proper Megos and there were quality-control issues with the bodies. And the Flash, I gotta say, kinda looked dopey to boot. 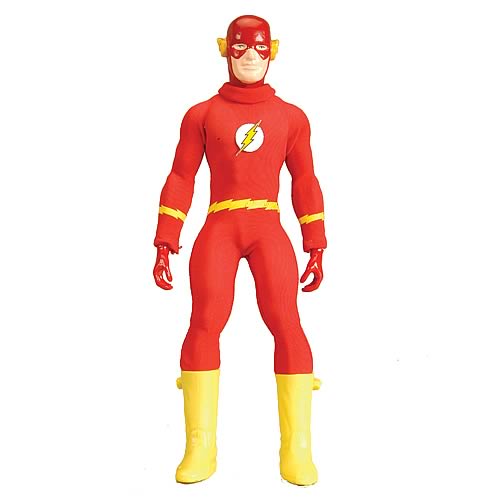 FTC has done a far superior job than Mattel in this arena, so I think this is our chance to get a real tried-and-true Flash that will feel as if it used a Cosmic Treadmill to get here directly from the ‘70s.