Shawn’s the artist on Image’s Thief of Thieves these days. Here’s what he’s into.

100 Bullets: Brother Lono, Vertigo. As a huge Eduardo Risso fan, I read anything he draws and the 100 Bullets series by both him and Brian Azzarello was one of my all-time faves. This mini-series continuation of one of the sickest characters in comics history is a must read. 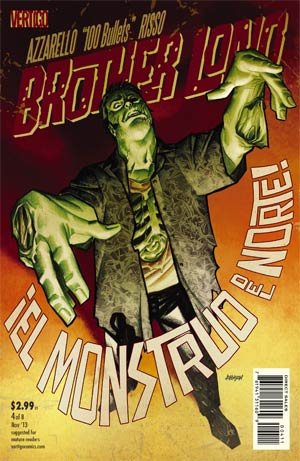 Scalped, Vertigo. Started reading the first trade after hearing rave reviews and folks outright threatening to hurt me if I didn’t check it out. It doesn’t disappoint. Really sharp writing by Jason Aaron and amazingly gritty art by R. M. Guera really make this pop. Why isn’t this being adapted for a cable network yet? 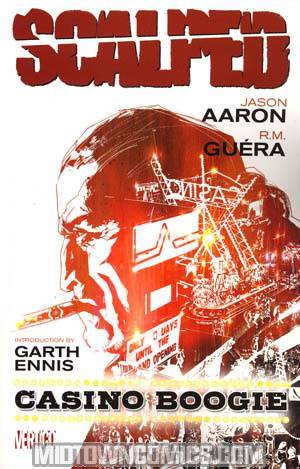 The Superior Foes of Spider-Man, Marvel. I’ll admit up front, I’m already a big fan of writer Nick Spencer after we worked together on the first arc of Thief of Thieves with Robert Kirkman. On Superior Foes, Nick’s penchant for snappy dialogue and tight storytelling shines. With art by the great Steve Lieber, who is such a classic storyteller, I’m sold on this title.

Watson and Holmes, New Paradigm. They had me at “art by Rick Leonardi,” who is one of my all-time favorite artists. This “current” take on the classic Sherlock Holmes team set in Harlem is written by Karl Bollers and really flows. Like Scalped, I’m thinking, “Is this being developed for a cable network yet?”

Batman: The Court of Owls, DC. Lord knows I haven’t read a Batman comic in years but Greg Capullo’s art has really pulled me into this title (now in trade). Combined with writer Scott Snyder’s compelling storyline, which just keeps unraveling with new interesting characters, this book works.

Jazz Maynard. This series by the French publisher Dargaud has me hooked. It’s written in French, which I don’t read, but the art by Roger Ibañez is simply stunning.

“Decoded,” by Jay-Z: Not a comic. Really enjoying this part autobiography/part dissection of some of his rap lyrics. As a native New Yorker, there are so many cultural references that Jay-Z makes that evoke so much nostalgia.

Also check Shawn out at www.shawnmartinbrough.com.

A version of this story first appeared in the New York Post’s Parallel Worlds.