WHAT I’M READING: Gamma is a Punch in the Face!

Home » WHAT I’M READING: Gamma is a Punch in the Face!

There’s something going on in comics — the sci-fi weirdness is back. Once a staple of the late 70’s and early 80’s issues of Heavy Metal magazine, totally bizarre science fiction stories were perpetrated by creative geniuses like Richard Corben and Mobius. This more fanciful take on science fiction has reemerged in books such as Gamma from Dark Horse Comics and Prophet from Image Comics. 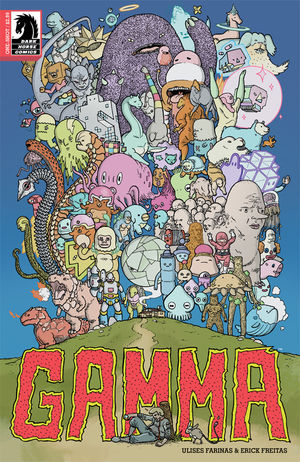 In Gamma, Ulises Farinas and Erick Freitas present us with Dusty Keztchemal, a failed monster trainer, who’s getting punched in the face for money. Okay, my interest is piqued. Gamma is a great mix of Pokémon, kaiju films, sci-fi, and hopefully the redemption of a washed-ip hero. Farinas’ art is brilliantly crafted and almost childlike in color – every page is like candy. It’s out now from Dark Horse Comics.Truth be told, I ran into Erick Freitas at Locust Moon Comic Fest’s after-party on Oct. 5th in Philadelphia. I immediately thought of this “WHAT I’M READING” piece on Gamma that I had intended to turn in to the NY Post’s recently decommissioned Parallel Worlds blog. So while it may be tough to find in shops, I got mine on Comixology, which never runs out of stock. 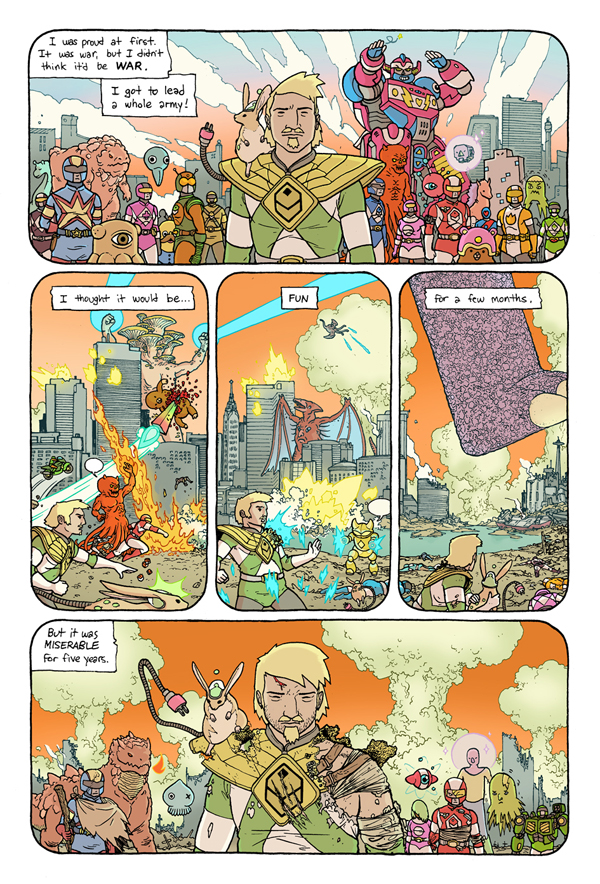