WHAT I’M READING, by Rich Woodall

The writer of Kyrra: Alien Jungle Girl for Artist Alley Comics gives his recommendations this week!

(For more about Rich and the guys from AAC, click here! They’re a swell bunch.) 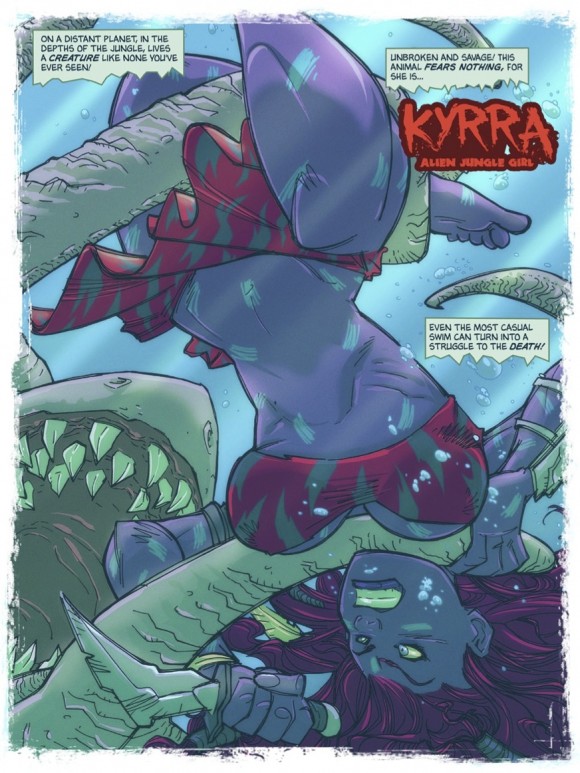 Walter Simonson’s Ragnarök, IDW. I’ll pick up anything Walt does. But this one I’m especially excited for! Walt’s returning to his beloved Norse mythology and nobody does it better!

A couple years ago at the Baltimore Comic Con, I was lucky enough to be invited to the after-con dinner party. It was a huge table filled with comic legends, including Walt and Weezie Simonson. I’d been a fan of both of theirs for a very long time. After the dinner was over, my friend Todd Dezago offered to introduce me to the Simonsons. That turned into a 2- or 3-hour conversation with them, which included Walt talking about “returning to Norse mythology.”

I was excited then, and when the book came out a couple months ago, I was even more excited.

Thor’s been chained up for a while, his face looks like a skull, and it looks like things are about to explode! 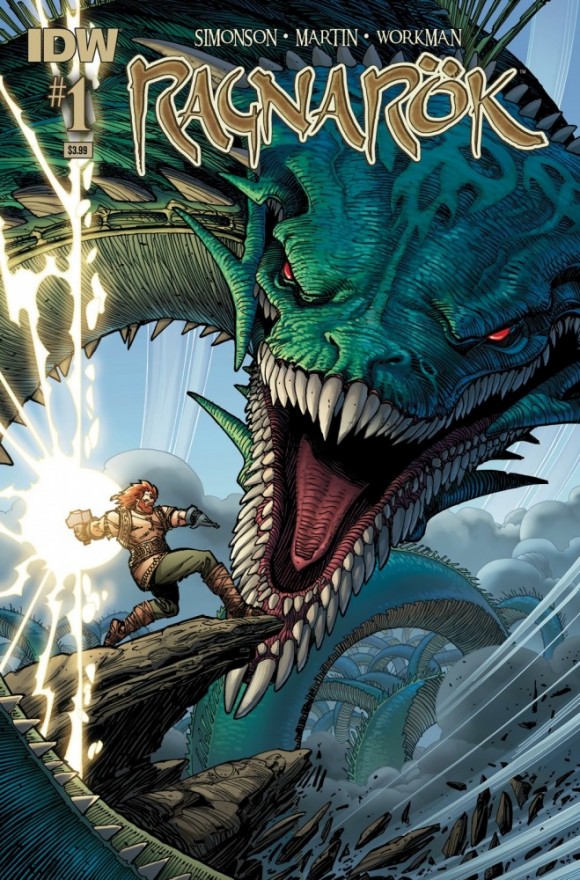 Anyway, it’s pretty amazing to see where Robert Kirkman and the teams have taken these books. Both of these books have had the same creative team for more than 100 issues! I freakin’ love that!

In Invincible, I love Mark growing up… it’s the stories of Superboy that we never got to see. And The Walking Dead is the book I hate to love. It’s the Game of Thrones of Zombie Comics… your favorite character will die!!! After I get done reading WD, I feel horrible, I feel like I just ran a marathon with these guys and there’s a shit sandwich at the end of it as a reward! Congrats guys! You’ve survived… you may have lost a limb, or your loved ones, but YOU my friend hit the jackpot and survived another day! And I love it! 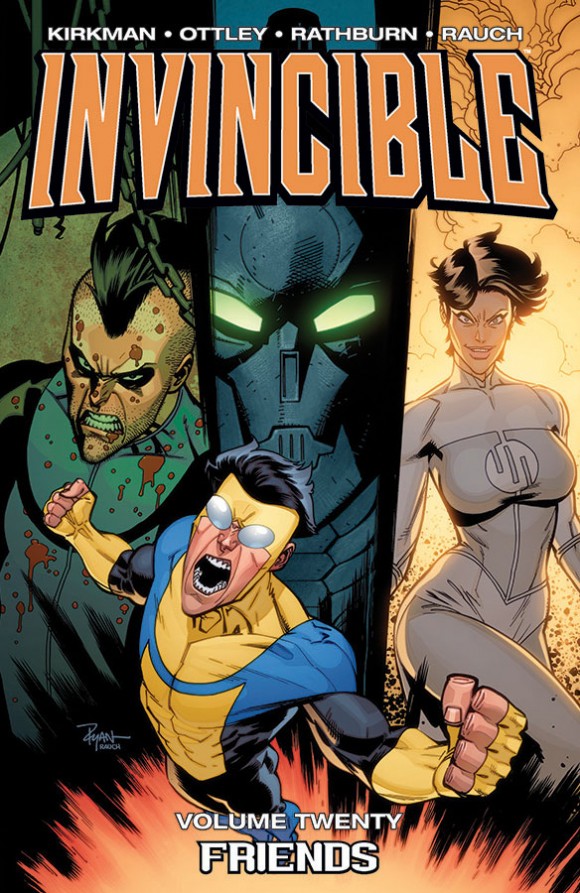 Savage Dragon, Image. This is another book I’ve been with from the beginning. Through its ups and downs, I’ve been there. I may have moaned and complained about the story being complicated, having conversations with other Savage Dragon fans saying “I’m not sure how to explain to a new reader what has happened before.” BUT I will say, with Dragon’s son, Malcolm, taking over, the book seems to have found it’s feet again.

It’s never been a book with much stability in it, it’s really Erik Larsen’s playground (which is why I love it so much)… so you don’t know if you’re going to get Police Dragon, Government Agent Dragon, Fantastic Four Family Dragon, Kamandi Dragon, or Space Dragon… it can go anywhere, and I’m always along for the ride! 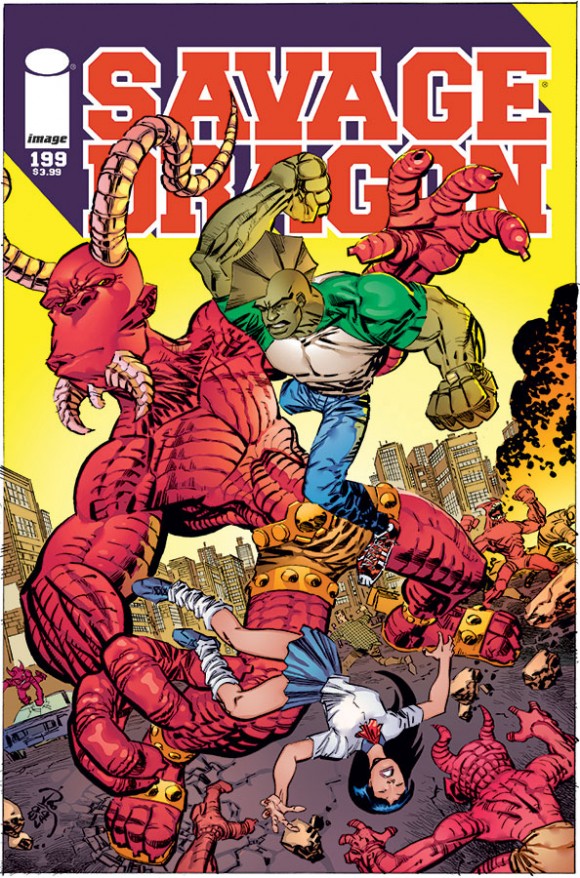 Marvel Essentials/DC Showcase. Take your pick, I’ve got almost all of them, and I am constantly just picking one up and reading it. I stick mostly to the Kirby Volumes (FF, Thor, Captain America), or classic goofy things like Superman Family or amazing Kubert war comics. It’s great to just grab one, and get a peek at what was going on in 1973 Marvel, or when you’re going through a House of Secrets, and you discover a new artist that blows your sox off. These books are educational as well as entertaining in that way!

Follow the Artist! More and more, I pick up books just because I love the artist on them. I will read anything that Jason Pearson is doing the sequentials for. When I see Ed McGuinness is drawing Guardians of the Galaxy, I pick it up. That’s one of the reasons I got into Wolverine and the X-Men… I wanted to see more of Nick Bradshaw’s work… and ya know what? That book is fantastic!

I think the most recent example of Follow the Artist was picking up The Multiversity: The Society of Super-Heroes. I picked it up because I love Chris Sprouse and Karl Story. You really can’t go wrong with those guys. Amazing storytelling, fantastic, sharp art… every page is a treat! And in the end I loved the story… kinda wish Doc Fate was an ongoing book (with that creative team, of course). 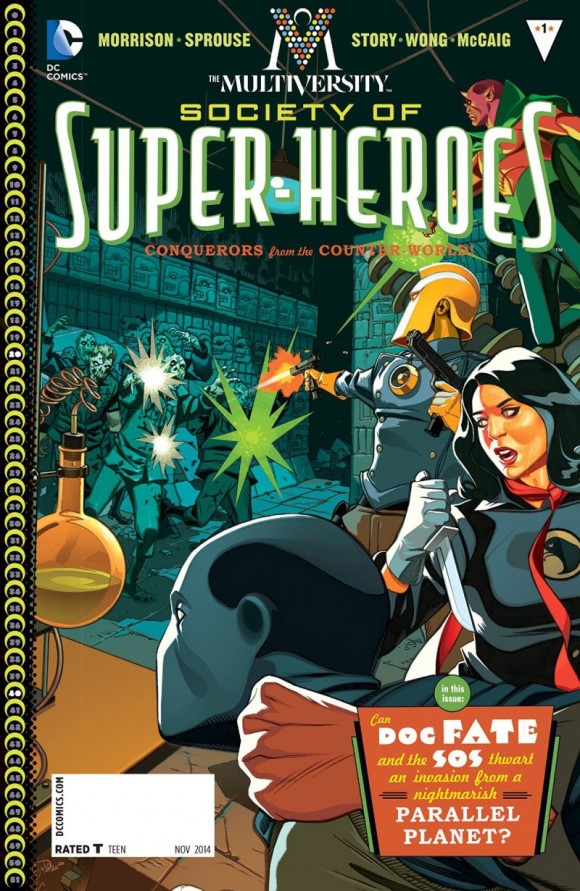