WHAT I’M READING, by Karen Green of ‘She Makes Comics’

Home » WHAT I’M READING, by Karen Green of ‘She Makes Comics’

As part of our new regular feature, The MAKING OF ‘SHE MAKES COMICS’, the co-producer of the forthcoming documentary — now raising funds on Kickstarter — gives this week’s recommendations:

Sometimes it feels like I’ve started seventeen different books at once, and it would be embarrassing — and way too long — to list them all here. It also strikes me that, other than my ubiquitous and usually far-behind issue of The New Yorker, I’m reading nothing but comics at present (not that there’s anything wrong with that!).  But there are a few that have risen to the fore, so here goes.

I’m very excited to have gotten an advance copy of “Can’t We Talk About Something More Pleasant?”, Roz Chast’s graphic-novel memoir of how she dealt with her aging — and dying — parents. First, because I’ve been a huge fan of Chast for a ridiculously long time (I refer you back to those ubiquitous New Yorker issues).  Second, because I recently went through a similar set of circumstances with my own mother. And, third, because one of my favorite graphic novels of 2010 was Joyce Farmer’s “Special Exits,” which was a fictionalized account of her own experience as intermittent caregiver to declining parents, and it is always exciting to see how two different artists can approach a similar topic and each can make it entirely her own. Both are moving, both are funny, both are profound, but each is entirely unique — and not just because they take place on opposite coasts. 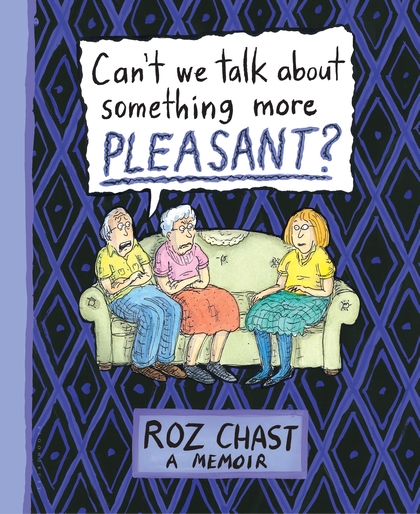 For readers of a certain age (*cough*), for whom this topic has increasing resonance, this book is going to be both shattering and reassuring to read.

I’m a sucker for self-referential stories, and I love it when cartoonists take the piss out of themselves and each other. So “Comics About Cartoonists: Stories About the World’s Oddest Profession” is catnip to me: Cartoonists making comics about cartoonists. My enjoyment of it was enhanced by the circumstances under which I got the book — on a visit to editor/publisher Craig Yoe’s home. It’s great enough to read these comics in a book; how much better to get to look at the original art from Yoe’s astonishing collection. 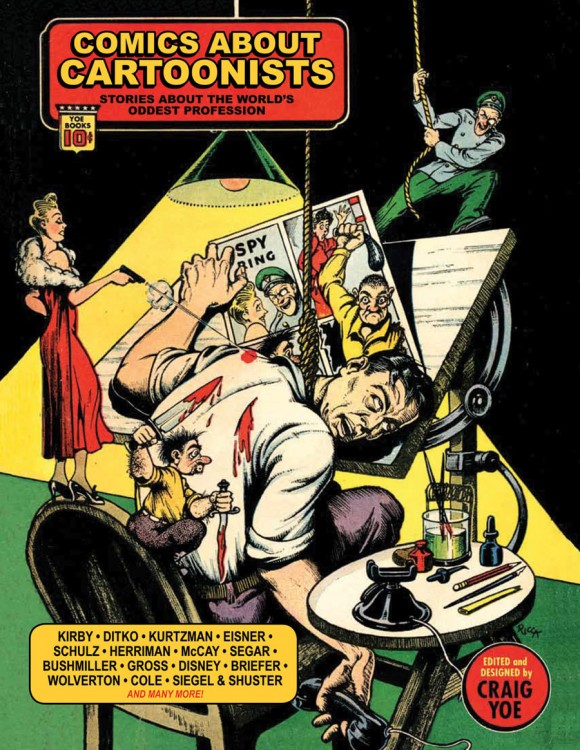 One of my favorite pieces in the book is a 1919 strip by Bud Fisher, creator of “Mutt and Jeff.”  He draws himself into a story of a cartoonist beset by contradictory factions: One person wants him to favor the Republicans, another the Democrats. Jeff tells him to cut out the Bolsheviks and Mutt wants him to bring them back. Right after he introduces a frightfully racist stereotype of an African-American janitor, his editor lambastes him for his insensitivity. In the final panel, Fisher is sitting peacefully in the corner with a hose from a gas lamp inserted in his mouth. “What’s the use?” he asks. It’s funny on its own merits, it’s funny because it is just as topical today as it was almost a century ago, and it’s funny because Fisher has drawn himself very realistically but in a completely cartoonish setting.  It’s a sophisticated piece of work, and just one of many in this incredibly enjoyable book.

From my 1980s subscription to Heavy Metal magazine, I developed a great love for European cartoonists, and from my exposure to Peter Kuper, Eric Drooker, Lynd Ward, and their ilk, I’ve also developed affection for wordless graphic novels. Winshluss’ “Pinocchio” delivers on both counts. 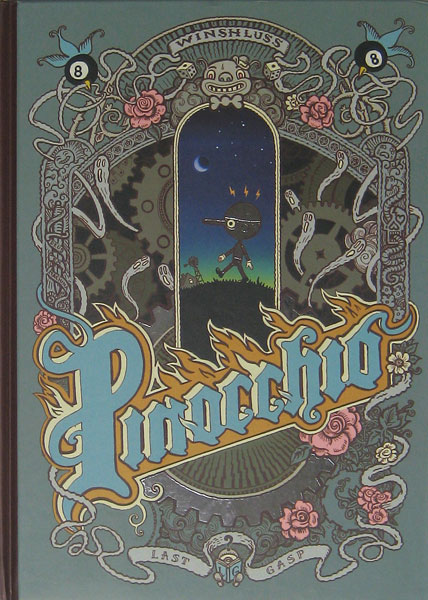 Well, it’s not entirely wordless, and it’s not entirely Pinocchio, either. It opens with the admonition “The following story has been very freely adapted from the eponymous novel by Carlo Collodi,” and if you’re expecting expanding noses, much less the Blue Fairy, Jiminy Cricket, and the lost boys of Pleasure Island, think again. (Although you do get Jiminy Cockroach, who plays a crucial part in the early plot.)

This is a dark existential tale that follows a number of plot lines that all intersect at one point or another, and all of which seem to end in despair. But the color and craft and creativity of the storytelling keep you going, page after page, to the happy (happy?) ending for Pinocchio — and the possibly less-so ending for Jiminy.

And, finally, I was fortunate to be chosen as a juror in the short-form category for the Society of Illustrators’ Comic & Cartoon Art Annual, and I am knee-deep in entries. I would love to tell you about the ones that have really stood out, but I can’t discuss them until after the judging next month. 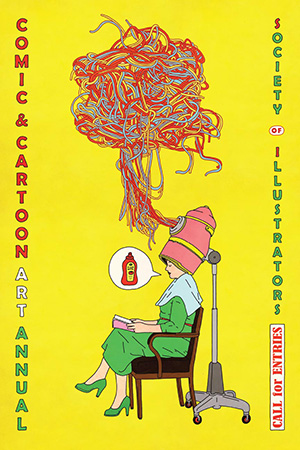 Suffice it to say that there is no shortage of creative comics-making out there, with artistic skill and story-telling chops for days. It’s a heartening indicator for the long-term health of the medium.

Karen Green is the Ancient and Medieval History and Religion Librarian at Columbia University. She also oversees the growing comics archive at Columbia.