WHAT I’M READING, by Brandon Montclare

The writer of Image’s Rocket Girl gives his recommendations.

Saga. Written by Brian K. Vaughan and art by Fiona Staples, Image Comics. Like everyone else who reads it, this is one of my favorites. I think there’s probably a challenge staying as one of the top books — when expectations are so high, it gets tougher to keep blowing the mind of your audience. But they make it look effortless with Saga. Regular characters get twisted or new ones are introduced, and there are limitless inventive worlds to which any of them can hop. Vaughan is no stranger to epic runs, and this purest of epics is given a unique voice. But the even bigger star is Staples — creating a signature comic with design and emotion and sex and adventure that has no comparison. 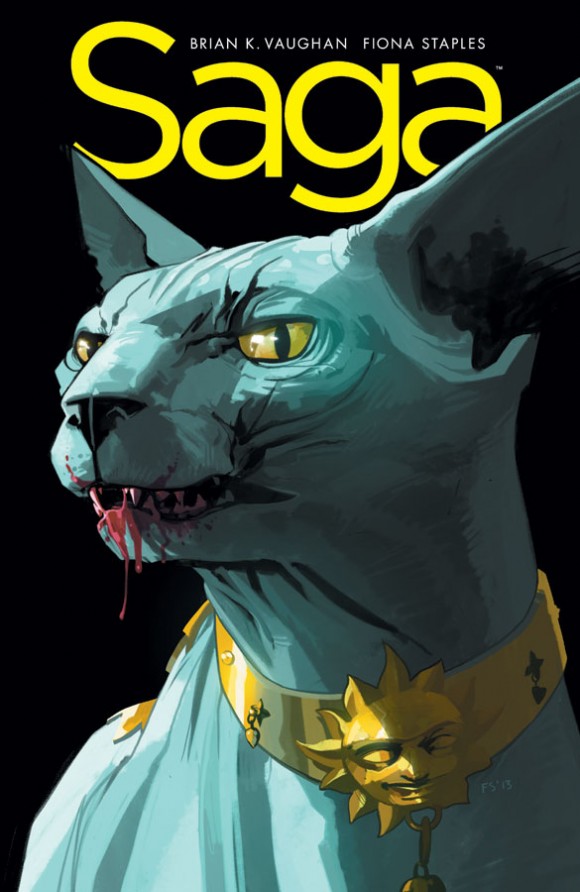 Batman: Black and White. By various creators and edited by Mark Chiarello and Camilla Zhang, DC Comics. I love shorts and anthologies, and the new series continues an awesome tradition. Rafael Grampa, Sean Murphy, Neal Adams, Lee Bermejo, Alex Nino, Damion Scott … How can you not be jazzed to read these? And on a recent Podcorn Podcast we looked at the history of the series — collected in three volumes that everyone should have on their bookshelf. In the introduction to the first collected edition, Chiarello talks about the influence of Warren Publishing’s Creepy — which is simultaneously before-my-time and an all-time favorite. The new Creepy and Eerie from Dark Horse are also worth checking out.  As are new and old Dark Horse Presents. And Flinch and Wasteland. And Oni Double Feature. And Popgun. And 2000 AD — which is more serialized stories than anthology of shorts, but whatever. It’s old wisdom in comics that if you can tell a compelling story in 8(ish) pages, you can do anything. 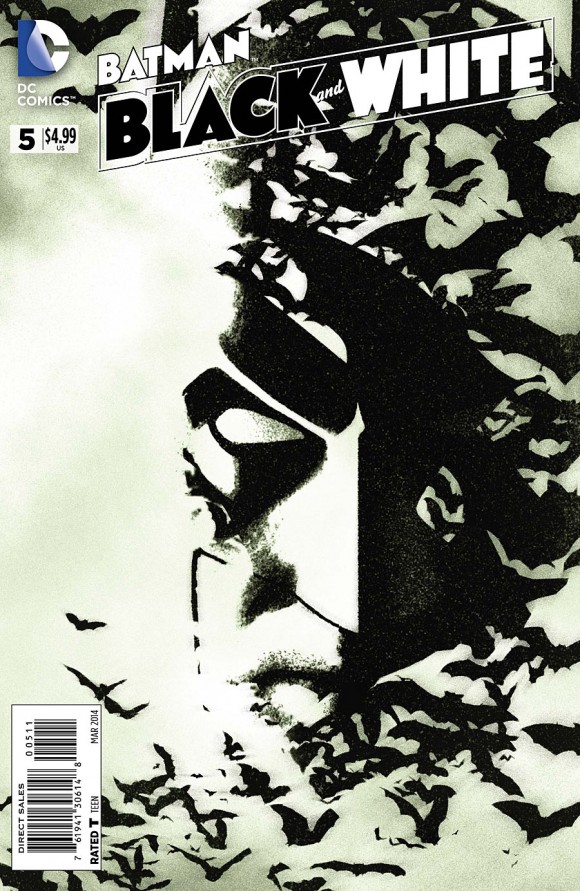 Attack on Titan. By Hajime Isayama, Kodansha Comics. This manga has been getting a good bit of buzz and was explained to me simply as comic about giants eating people. And that about sums it up! The delivery of the story is generally as crude as the premise. And it works I think more because of that fact rather than despite it.  It feels like a fever fantasy that might have been scribbled in the school notebook of a Nehei and Otomo fan. So it can’t claim perfection — but I’m finding it pretty compelling. 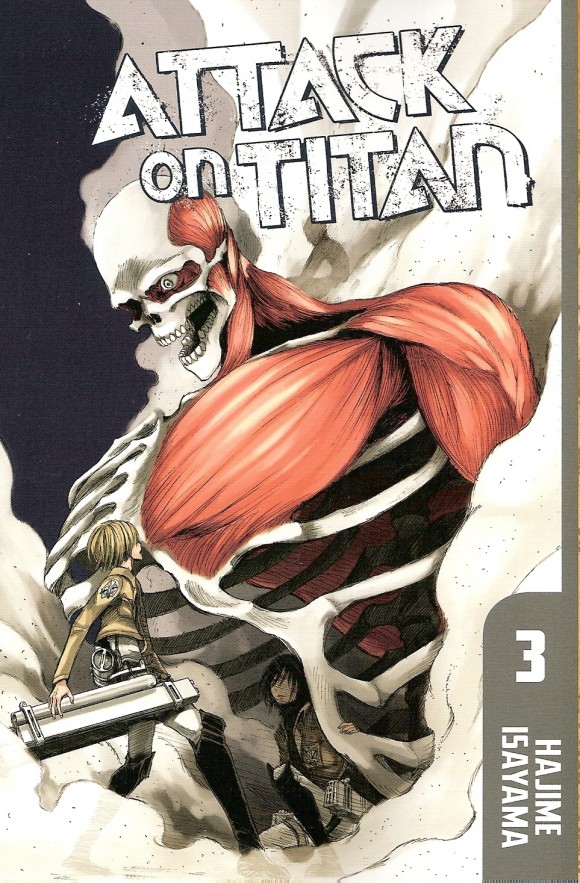 The New Defenders #122-152. Written by (mostly) JM DeMatteis and Peter B. Giles. Art by (mostly) Don Perlin, Marvel Comics. Technically the cover logo didn’t get the “NEW” in it until 125, but this run makes more sense to start at 122. I like to revisit comics from my ’80s youth — but it’s usually ones I loved. Back when I was a kid I thought New Defenders was totally lame. But now I dig them. It’s well past the classic (and totally bizarre) Steve Gerber run — but by playing it a bit more straight in these issues, the oddball vibe perhaps sings better. I really appreciate the level of detail that Don Perlin puts into the pages. But best of all: It was a series that worked around the broken relationship of third-string characters like Angel, Moondragon, Valkyrie, Gargoyle, Beast, Cloud, and Iceman. Plus, you’re treated to covers by Kevin Nowlan and painted covers by Frank Cirocco, with an occasional Bill Sienkiewicz or Mike Mignola thrown in. 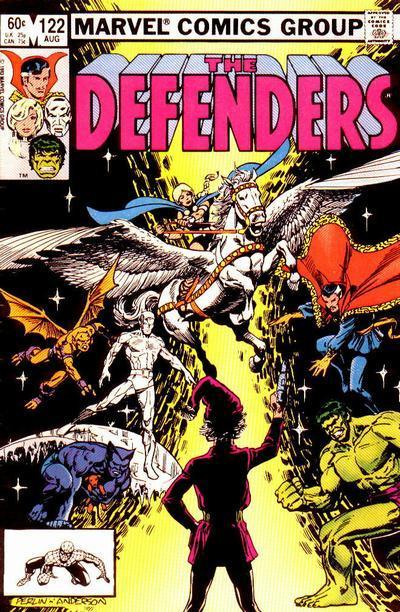 Yowzers … just about everything from Image Comics. With previously established flagships like the aforementioned Saga or The Walking Dead, 2013 was definitely the year of Image when you add the onslaught of new titles. Pretty Deadly by Kelly Sue DeConnick and Emma Rios is the weirder Western that totally sucks you into it. Lazarus by Greg Rucka and Michael Lark, as well as Velvet by Ed Brubaker and Steve Epting give their fans every they got from the Big Two, plus, you know, “and more.” Miniature Jesus by Ted McKeever was the third great series to recently be released by one of my favorite cartoonists.  People call Five Ghosts by Frank Barbiere and Chris Mooneyham “old-school”… but sometimes I think that’s just because they don’t know what else to call a well-told tale with solid storytelling and great art. East of West by Jonathan Hickman and Nick Dragotta is a book of palpable moment with stunning visuals. Black Science by Rick Remender and Matteo Scalera started, like our very own universe, with a big bang.  Satellite Sam by Matt Fraction and Howard Chaykin shows you great comics can be produced when the writer and artist are duking it out on the page … and all that’s just a part of just the new stuff. 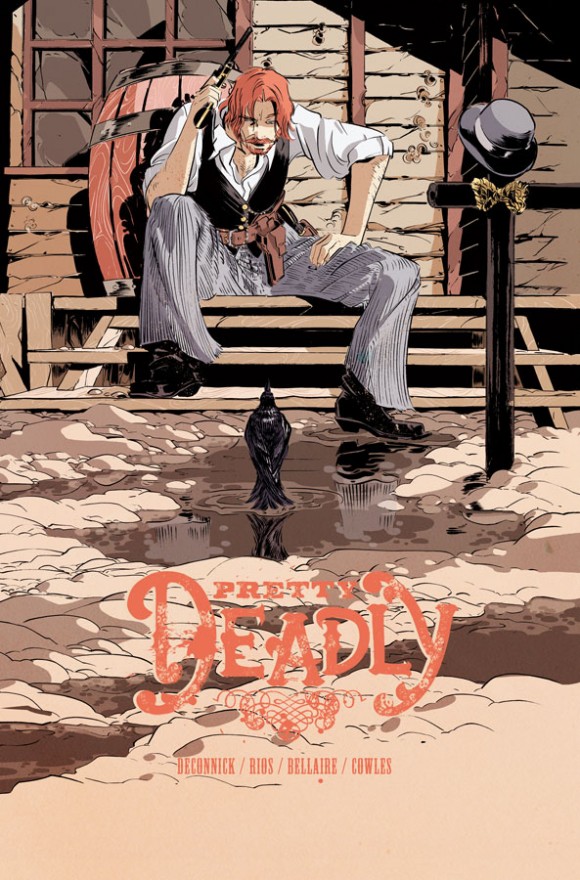 Brandon Montclare is a comics writer and former editor. He and his Rocket Girl collaborator, Amy Reeder, also host the Podcorn podcast.

Dig his picks? Don’t dig ’em? Leave a comment below!