Wanna Boycott MARVEL? Here’s How to Do it Right

Home » HOT PICKS! » Wanna Boycott MARVEL? Here’s How to Do it Right

HOT PICKS EXTRA: A retailer tells you: It’s not as straightforward as you think …

Unlike last week, I won’t be explaining how important anything is to retailers or admonishing you to set up pull lists.

Quite the opposite, actually.

You see, once more people are talking about boycotting a corporation over the direction they’ve chosen to take with their intelletual properties. For me, personally, it started last Saturday when a friend got so upset at Marvel that she canceled her Unlimited account and said she was going to drop all her pulls.

Soon after, articles were popping up pointing out the many problematic decisions the company has made recently regarding diversity, representation and cultural appropriation, and calling for a general boycott by fans.

Marvel, it seems, had pushed things just a little too far for many to take. Their hip-hop variant covers were one thing, but who they got to do them was unacceptable to some. Others were upset about the lack of diverse creative teams on the forthcoming All-New All-Different relaunch — finding too much of the Same-Old Same-Old. Still others were furious over the “straight-washing” of a character — Hercules — who had been bisexual since, well, at least the days of the Romans. 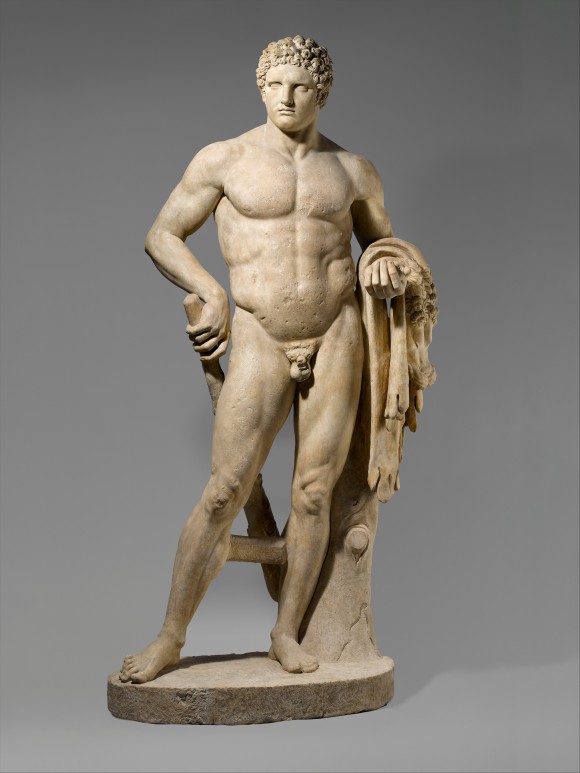 You’re not going to get my opinion on all that here. What concerns me more, if you haven’t figured it out by now, is the nitty gritty of the retail side of things.

It should go without saying that you should follow your store’s policy regarding cancelled titles if you DO choose to boycott. If they have already ordered from the July catalog, for example, and they expect you to pick up those books, you really should.

I’m going to try to explain this from a different angle so that maybe I can write this without putting my foot too far down my own throat.

The day I am writing this, Diamond put out the July sales charts, which Marvel dominated by the way. If you look at the information on Diamond’s site, there’s a paragraph at the bottom of the page that states:

This may not seem like such a big deal, but I want you to take a minute and think: If you go into your comic shop today, how many Marvel books from July will you see? Probably quite a few. My store tries to order as tightly as we possibly can AND we’re a tiny shop, yet I would say we still have dozens of books from Marvel’s July shipments, including many that were in the Top 10 comics.

Are you starting to see where I’m going with this? Diamond’s numbers reflect copies of books sold to retailers, not the numbers retailers actually sold. Furthermore, the Top 10 books listed this month had an average of five or more different covers each, many of which you could only get if you reached a certain ordering incentive. 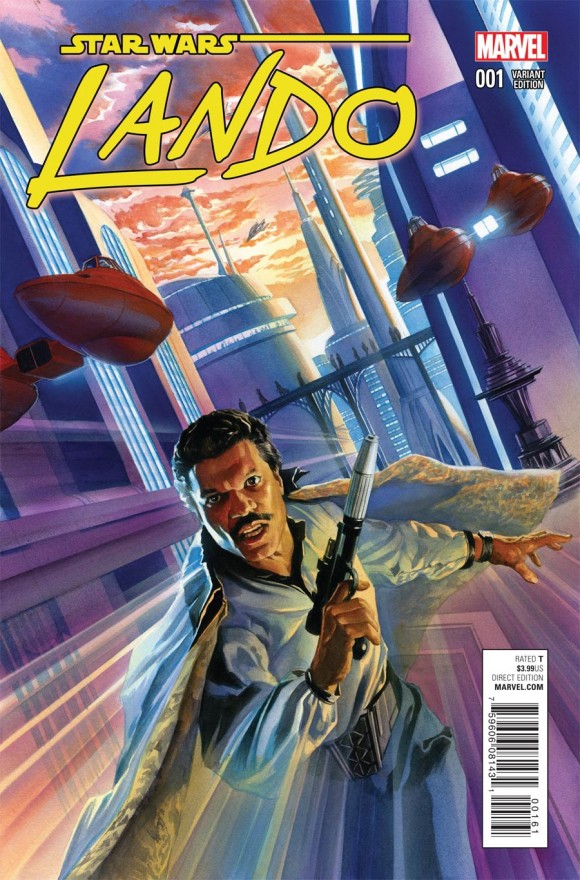 Now imagine you’re a retailer, one who knows that you can get $250 or more for that “rare” Lando #1 variant. But you only plan on ordering 50. Fifty you know you can move, but 200? Well, that’s where the math comes in: Can you make a profit if you go all the way for that 1:200 variant? If so, you’re going to order it.

In fact, giant chains and mega-stores have warehouses packed with “normal” covers of books like this, which were purchased only to get the variants.

Yet that doesn’t factor into the numbers Diamond puts up. As far as they are concerned, those Lando #1 copies SOLD. 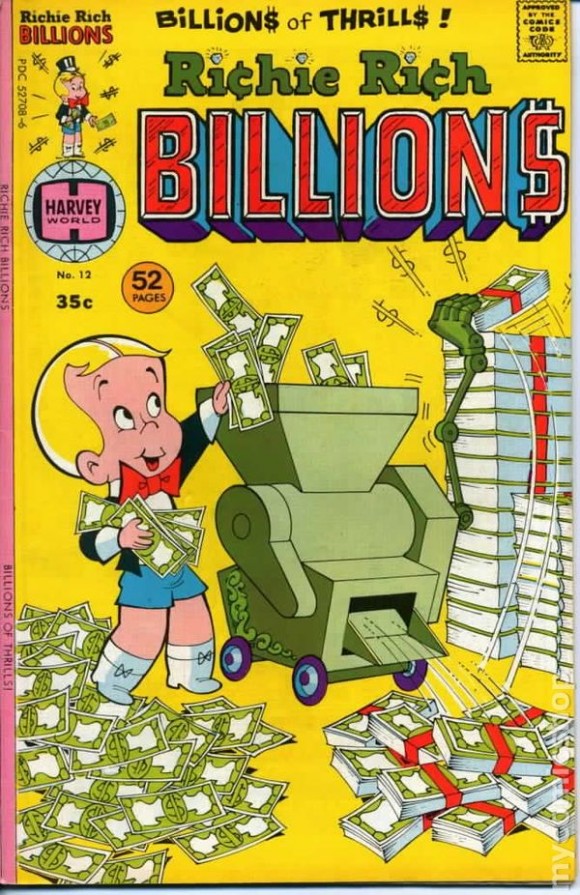 OK, so how does this connect to plans to boycott Marvel (or any company)?

1. Stores order LOTS more of a title than what’s just on the shelf when they can get variant covers out of the deal.

2. The only numbers you’re going to see are not reflective of what you, the individual comic shoppers, buy — but of what the shops purchase.

So if you really want to strike a blow against Marvel, you need to find a way to actually affect the ordering numbers at your local shop. This sounds easy enough, right? After the article I wrote last week (click here) we can assume everyone has a pull list, can’t we?

Ah, I wish it were that simple. You see, even if you have a pull list, and you act quickly enough to make sure your store doesn’t order you any of the All-New All-Different Dog & Pony Show, they may very well not cut down their ordering.

Because #1s. Because variants. 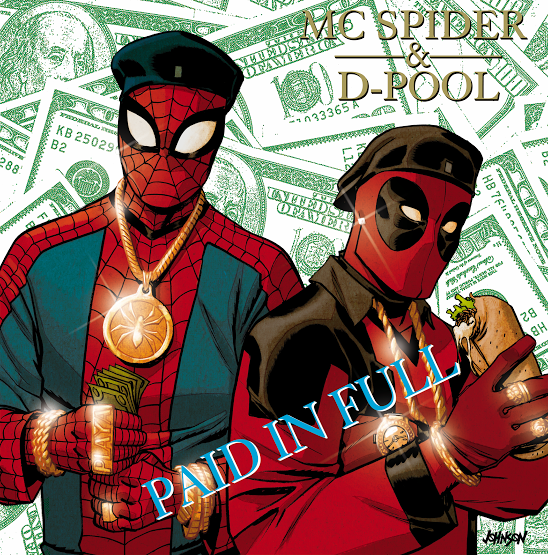 At least two of the Marvel #1s in the August catalog have 10 covers or more. Besides that, we retailers always have to order heavier on a #1, since many customers aren’t sure if they want a new series until right before it’s out.

So what are you to do? How are you going to show the corporate doofuses at The House That Jack Built that you don’t want none of theirs?

Well, for starters, paradoxical as it sounds, you should have a hold list. Having one means that when you do voice your displeasure, your opinion is considered. Retailers weigh the words of a weekly, monthly or even seasonal customer who actually has a hold list and picks it up in a timely fashion more than a random person who’s shops at four different stores depending on the week.

You should make sure your store knows that you are not buying these books for these reasons and that if things were different, you would buy them. More importantly, you should (when possible) be shopping at the kind of store that does order tightly, so that your lack of purchase makes a difference.

But what if you shop at the kind of store where your lone voice won’t make a difference, a mega-shop or a variant haven? Well, then you need to go bigger — speak to the other customers at the store, to the owner or manager or whoever places the monthly orders; explain to them your concerns and try to get them to decrease their orders. Odds are no store is so big that if five or six customers walk up and cancel a book their orders won’t be affected. 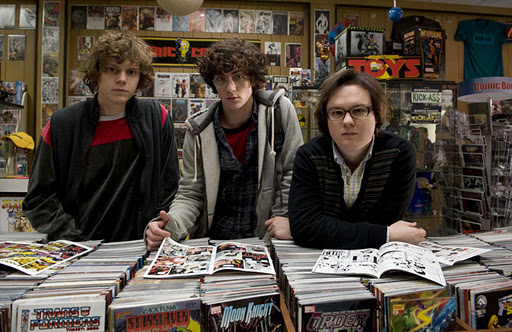 At the end of the day, though, if we’re going to be honest, odds are most of us don’t have the time, energy or persuasiveness to do that. So what can you do? How can you, the single buyer, send a message?

Instead of just not buying Marvel, buy other things instead.

If you want to support more diverse characters or want more diverse creators represented, buy those books with the money you would have spent on Marvel books. If you already buy those books, buy more copies. Give them away so your friends can read them. Spread the word. Buy as many copies of your favorite book as you would Marvel books each week and share the wealth! 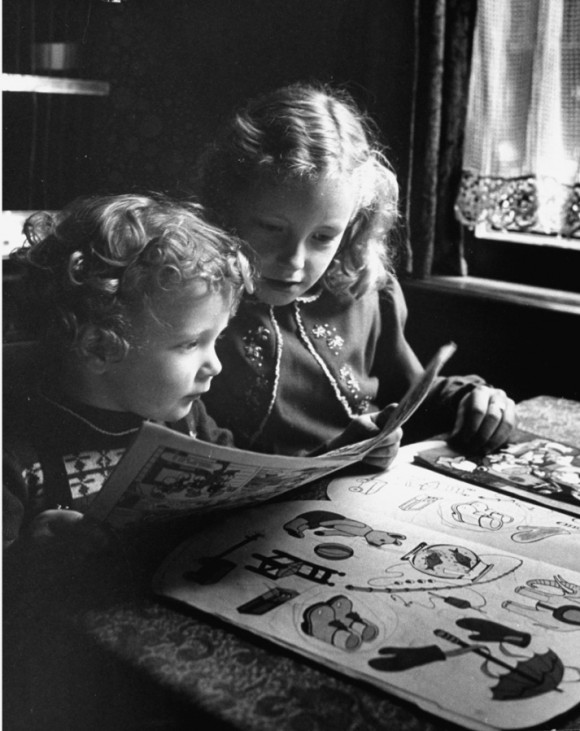 In light of Marvel’s giant frenzy this fall, you’re going to make a much bigger difference by making sure your store stocks a wider range of books that fit your beliefs than by just stubbornly refusing to buy the Disney-owned stuff that’s sure to choke the shelves anyway.

The simple truth is that you’re going to have a much better chance of proving your point and making the biggest of the Big Two pay attention — by increasing the market for the books you truly believe in.