Toy Fair is coming to NYC in February. We’ll be bringing you some awesome updates on what’s coming on the action figure and collectibles front and Mezco is getting a jump start.

Toy Fair, where the industry shows off most of its biggest items for the coming year, is closed to the public. But companies like Mezco, which brought you the Batman ’66 Mez-itz and perhaps the most subversive action figure ever last year, are among those that offer “Toy Fair Only” collectibles. And we’ve got the exclusive first look at this bad boy: 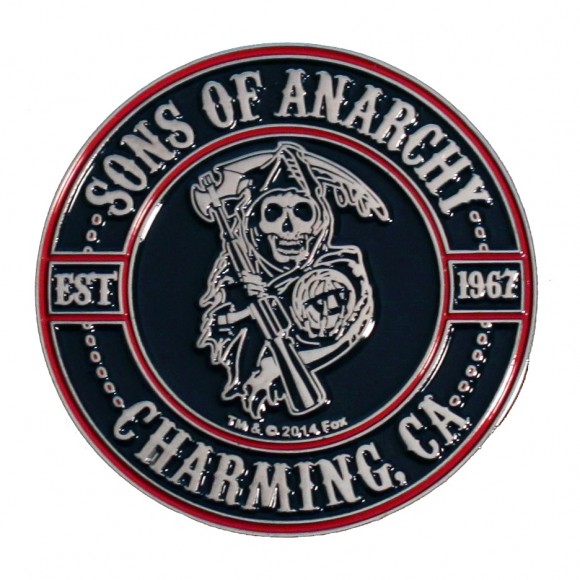 This year, the Queens-based boutique company, which has the license for a variety of comics and pop-culture properties, is making available the Toy Fair Sons Of Anarchy Limited Edition Coin.

The silver-dollar-size metal coin features the Sons Of Anarchy reaper logo from the FX show. Mezco will be offering the coins to guests of the Mezco Toyz booth, as well as attendees of a special invitation-only Sons Of Anarchy product event Feb. 5.

Because neither event is open to the general public, tomorrow, Jan. 28, Mezco will also be offering a small number of coins to fans on the Mezco Toyz online store here.

We’ve covered the FX show’s comics from Boom! Studios here and Mezco is promising a raft of Sons of Anarchy collectibles this year. So check them out — if you’re tough enough.